The day before competition begins was packed with action as pro sailors and amateurs from all over the world rigged to grab some practice waves down at the rock. Well over thirty sails were on the water today, with BIG jumps from KP, Josh Stone, Bryan Metcalf-Perez, and others. Skipper’s meeting is at 9 AM thursday as head judge Matt Pritchard hopes for an early start. 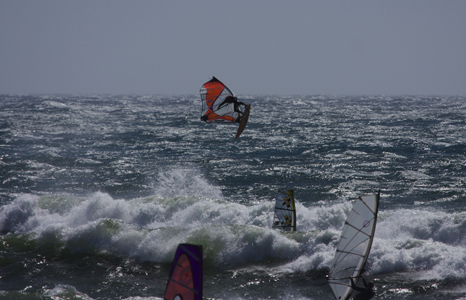 The Bash is bigger than last year with 81 riders registered for the competition. The day before the official start of the competition saw plenty of action on the water with tons of sailers on the water dialing in their biggest tricks. Former world champion Josh Stone was throwing huge Push Loops and Keith Teboul was hitting the lip as hard as anyone. 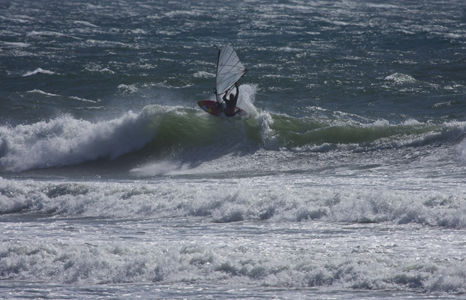