Opening Ceremony festivities began last night with a spaghetti dinner, and rider registration at the Kahului Ale House. It was a good party with lots of food and beer to go around. Riders picked up their contest packets and enjoyed a fun evening, while preparing for the first day of competition.

Today started with an inspired setup crew helping to put up sponsor flags, construct the judges tent, and generally turn Ho’okipa Beach Park into a full on windsurfing event site in just a few hours. Thanks to all that helped. 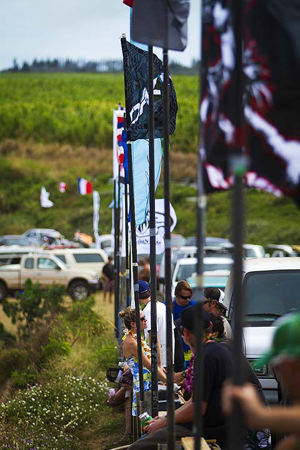 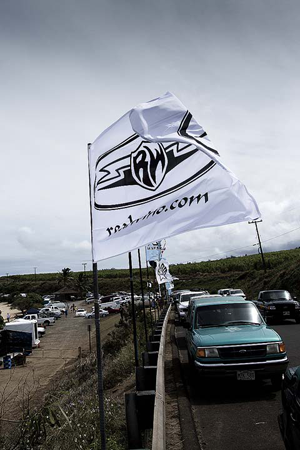 As the setup finished, all the contestants started to fill in for the scheduled 10:00 Hawaiian blessing, and speech from Mayor Alan Arakawa. After Mayor Arakawa addressed the crowd, a helicopter flew over to capture the image from above. While flying high above the contestants, the helicopter dropped over 1,000 orchid flowers to help bring good luck to the event.

Hawaiian Extreme Sports and Ocean Paddler TV were on hand to record the day’s events and broadcast the show live at www.internationalwindsurfingtour.com/live-4. 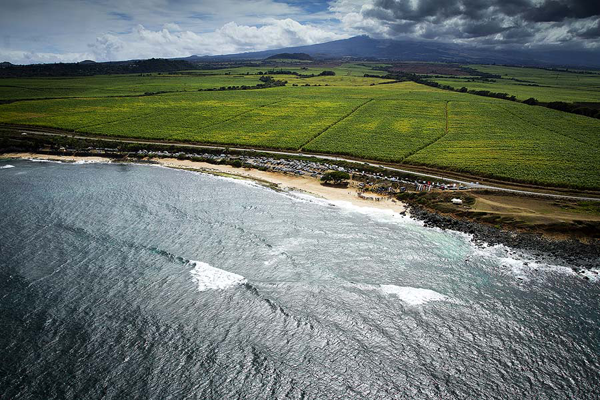 With relatively light winds and very small waves on hand for the day, head judge Matt Pritchard made the call to let contestants go until tomorrow morning. There are still 5 days left in the contest window and the forecast calls for wind and waves to arrive soon.

Be sure not to miss the livecast tomorrow morning, as conditions are looking promising for a full day of windsurfing action!