Bernd Roediger and Morgan Noireaux help kick off the event.

Over 70 riders from all over have gathered at Waddell Creek, just north of Santa Cruz, to compete in the first event of the American Windsurfing Tour. Despite light wind for most of the day just enough breeze kicked up late to get the event’s first two heats in the books. Head Judge Matt Pritchard sent the junior division out who put on a show for the crowd lining the cliff. Heat one started with Nick Dudet picking off a solid wave and taking the lead. From there it was a battle of wave selection with Morgan Noireaux, Dudet and Jordan Reid duking it out.

Heat two marked the competition debut of Harley Stone… the 12-year old son of former world champion Josh Stone. Although underpowered he toughed out the heat against Bernd Roediger, Jay Watermeyer and Sean Williams. Roediger picked the wave-of-the-day right at the start of the heat and is looking to be in top form for this competition. 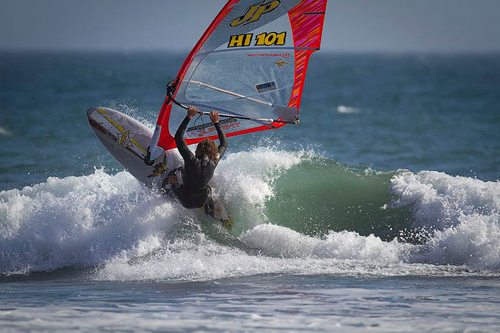 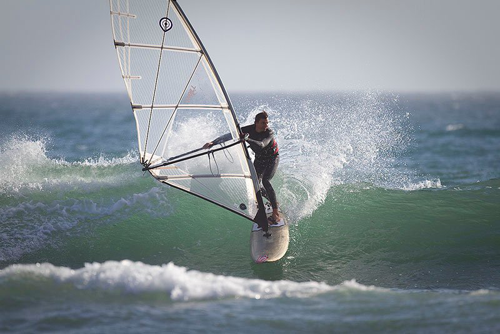 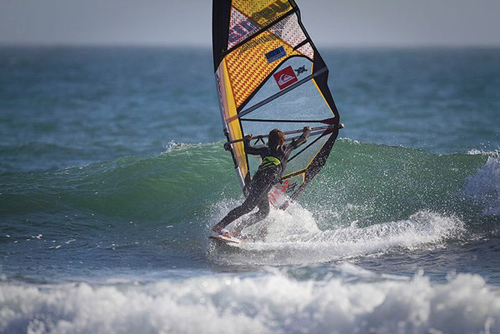