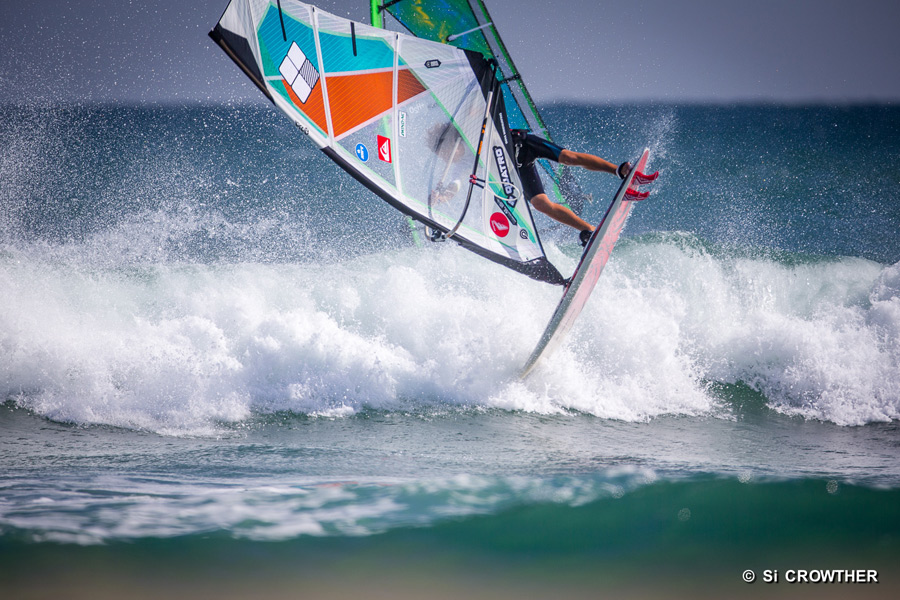 The forecast came true for the 2013 ATW Hatteras Wave Jam as two solid days of competition allowed for the completion of all divisions. The AWT scoring system paid off as all competitors are allowed a second chance if they mess up in the first round encouraging riders to really push the limits of their skills. Day one saw strong wind and moderate waves that were perfect for getting the first couple rounds of the Masters and Amateur divisions in the books. Day two showcased slightly less wind but bigger and cleaner swell, which allowed the pros, women and advancing Masters and Amateurs to really show what they could do. 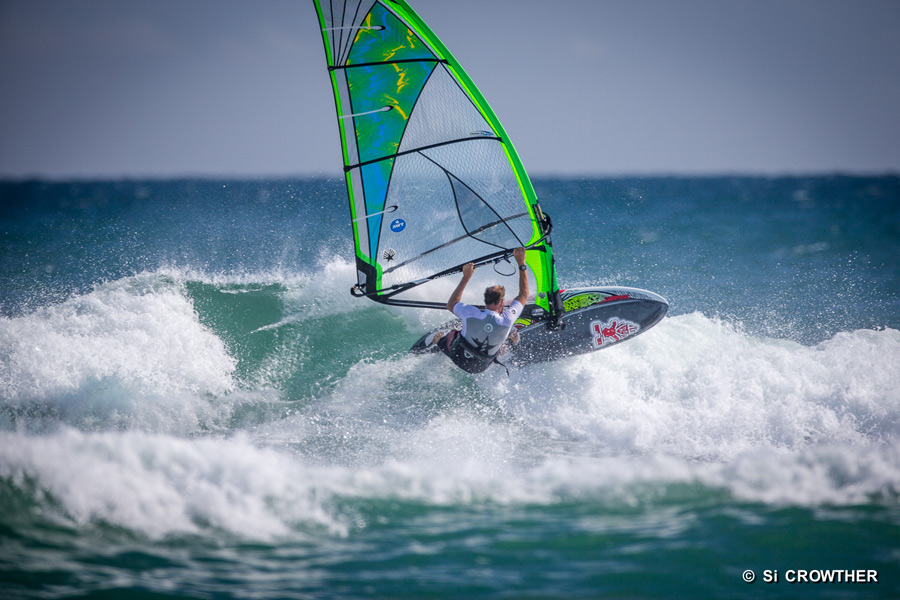 PRO DIVISION
Some of the world’s top wavesailors were here to vie for the AWT Hatteras Wave Jam title and the competition was very close. The final came down to a battle between Andy McKinney, Fabrice Beaux, Bernd Roediger and Kevin Pritchard. McKinney is the owner of a local shop (Wind-NC) and used his Hatteras knowledge to advance to the final and finish in 4th position. Beaux absolutely ripped his way through the heat up to the final but struggled to find the best set waves resulting in a 3rd place finish. The battle for the top spot was close with Pritchard’s powerful style matching up against Roediger’s new-school moves. Roediger took the heat with the wave ride of the event that included a big one-handed aerial and a Taka. 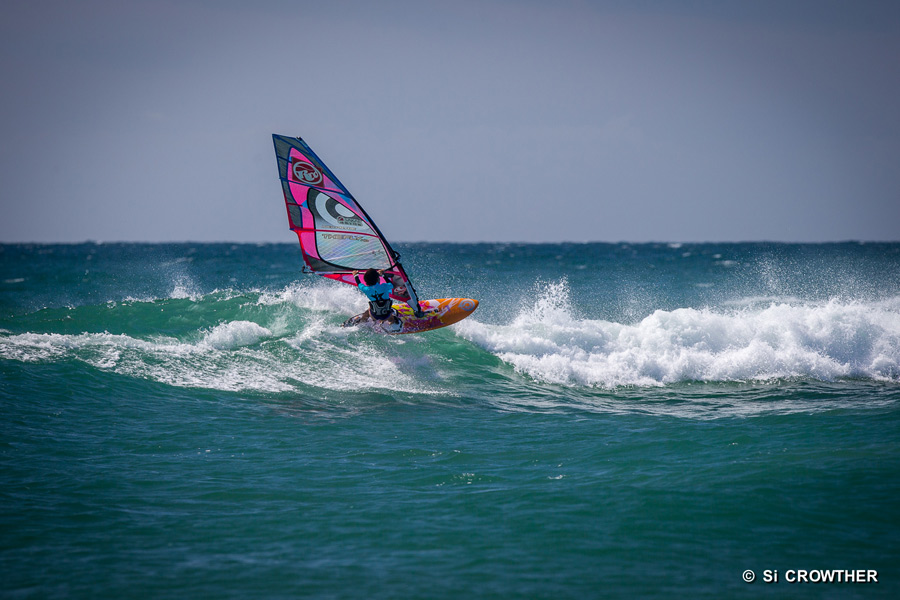 WOMEN’S DIVISION
No division embodies the true spirit of the AWT more than the women. They are willing to go out and rip whenever called upon no matter the conditions and they always do so with a smile on their faces—”no complaining…just ripping!” This year Miho Tanaka of Japan defended her title from last year winning over Sam Bittner (2nd) and Kerri Stokes. Sam Bittner sailed very well but couldn’t match the far more experienced Tanaka (who also competed in the Pro division). It was Stokes first time sailing in the waves and what better time to do it then at an AWT event… congrats to Kerri Stokes! 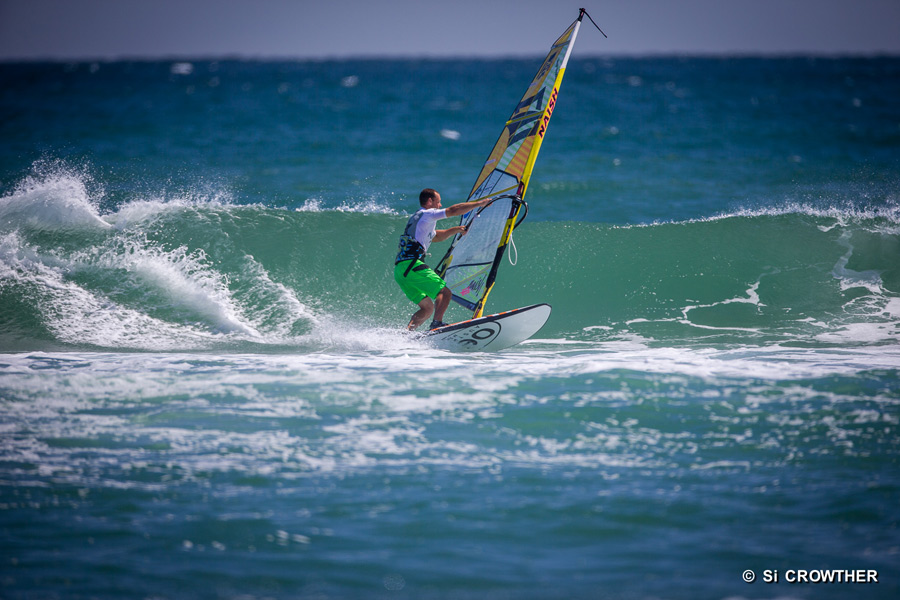 AMATEUR AND MASTERS DIVISIONS
Both the amateur and masters divisions were tight battles. The Am final featured George Marcopoulos, Ken Ahrendt, Ian Stokes and Casey Treichler. Marcopoulos sailed well this entire event finishing just off the podium in 4th place. Ahrendt of the local shop Ocean Air not only kept many visiting riders stoked by lending them gear but sailed a strong heat to finish in 3rd position. The top spot came down to a close fight between young gun Stokes and the “Reef Warrior” Treichler. Both these guys know this wave very well and had the perfect gear to suit the conditions. In the end Treichler found the better set-wave to rip apart giving him the Am Wave Jam title.

The Masters final featured a 4-man heat of Dave Kashy, Gordy Stokes, Ken Keller and Mike Wazenski. All had been sailing very well through the competition and in the end Kashy took the top podium spot over Wazenski (2nd), Keller (3rd) and Stokes (4th). 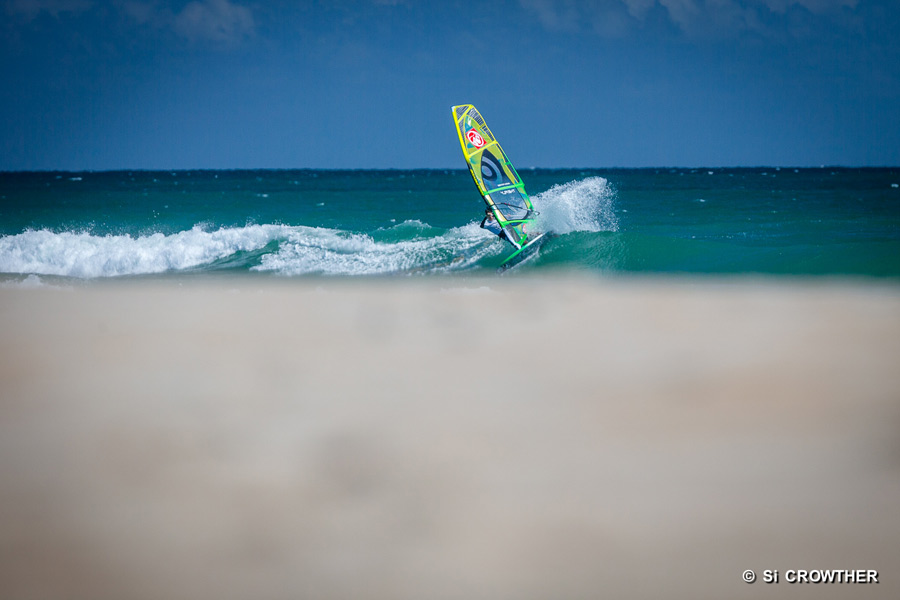 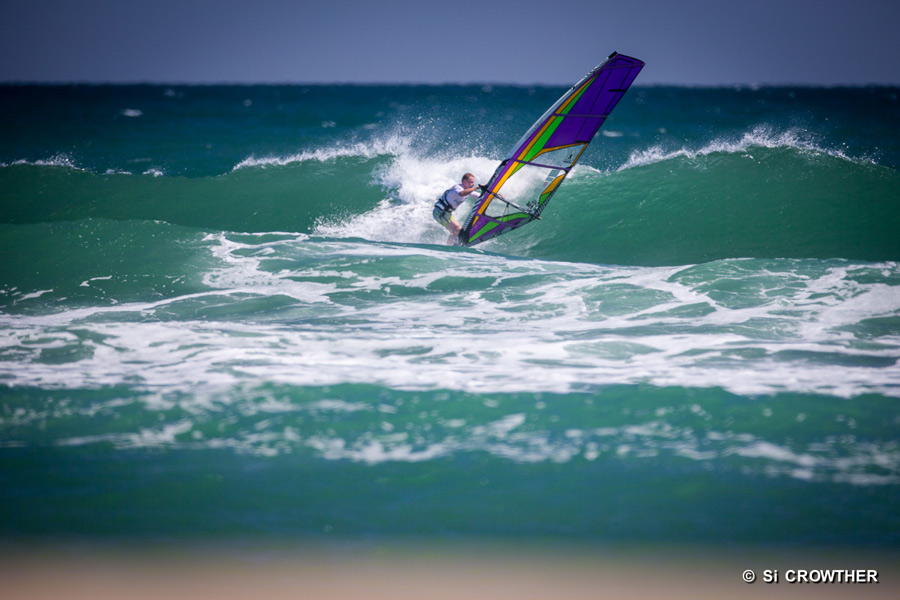 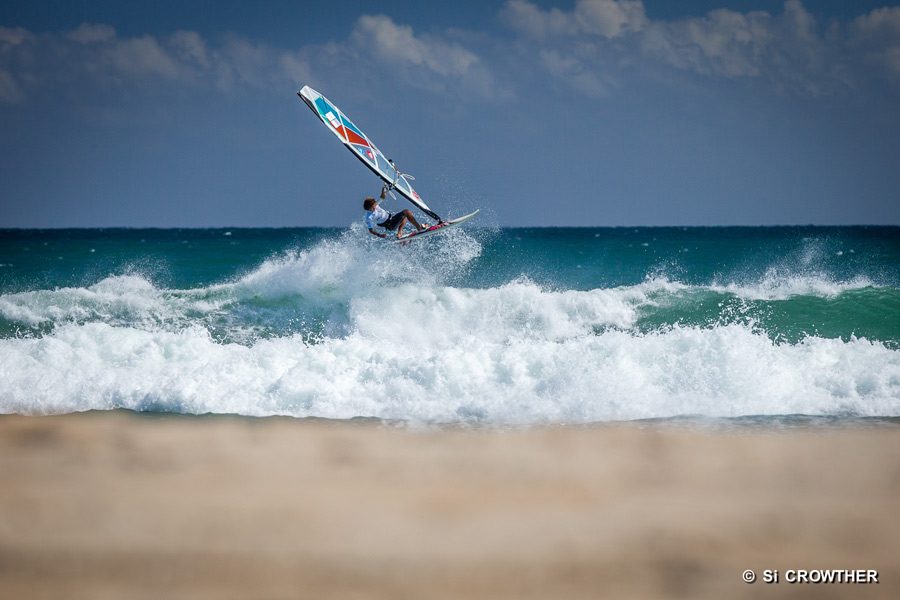 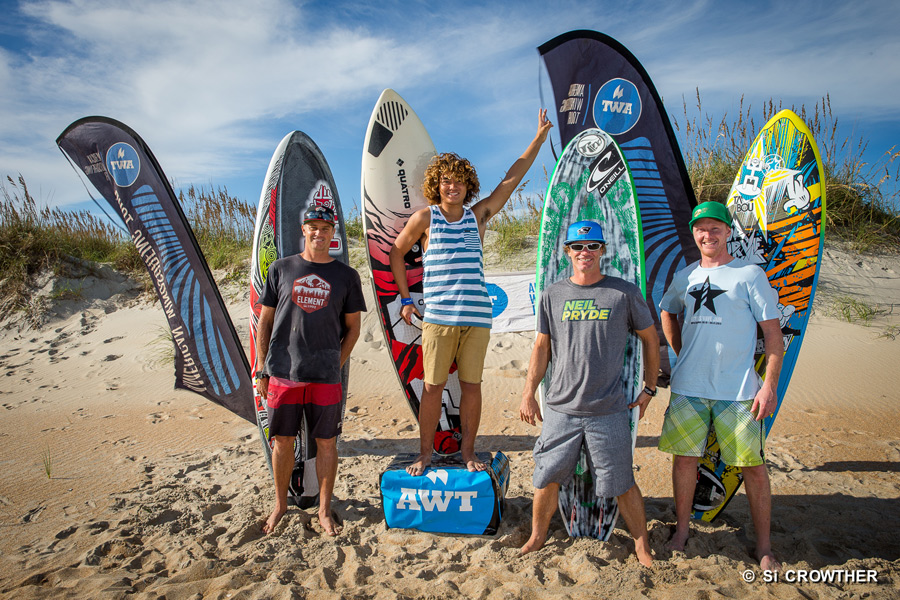 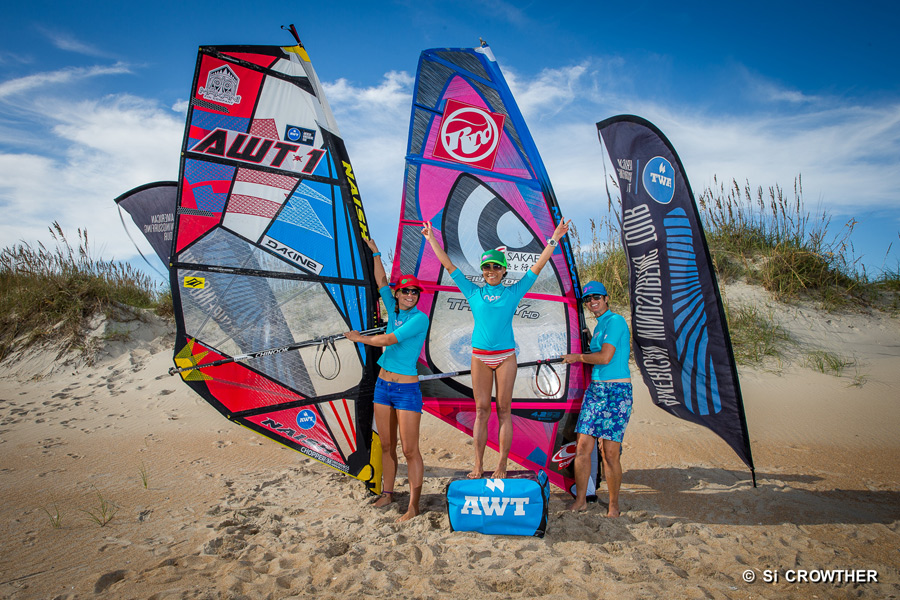 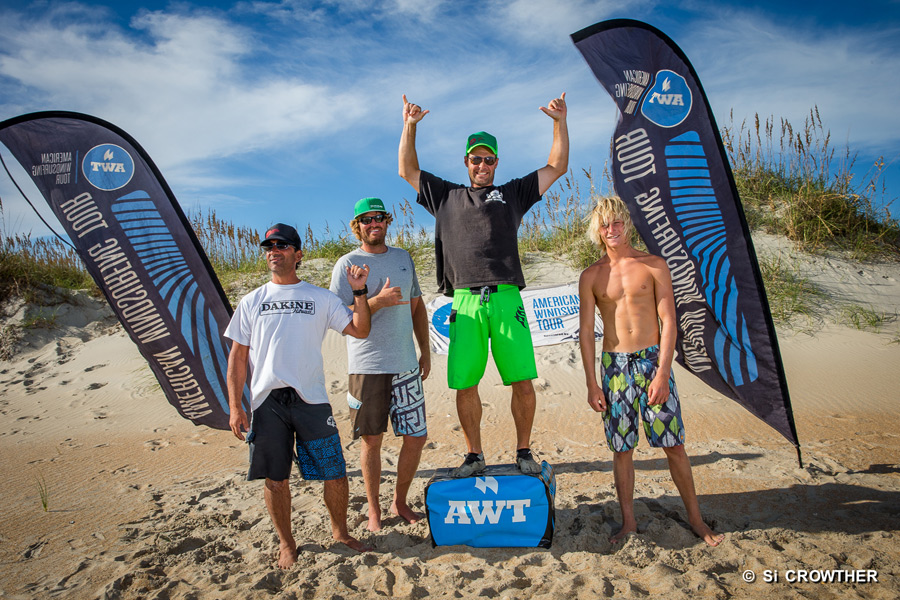 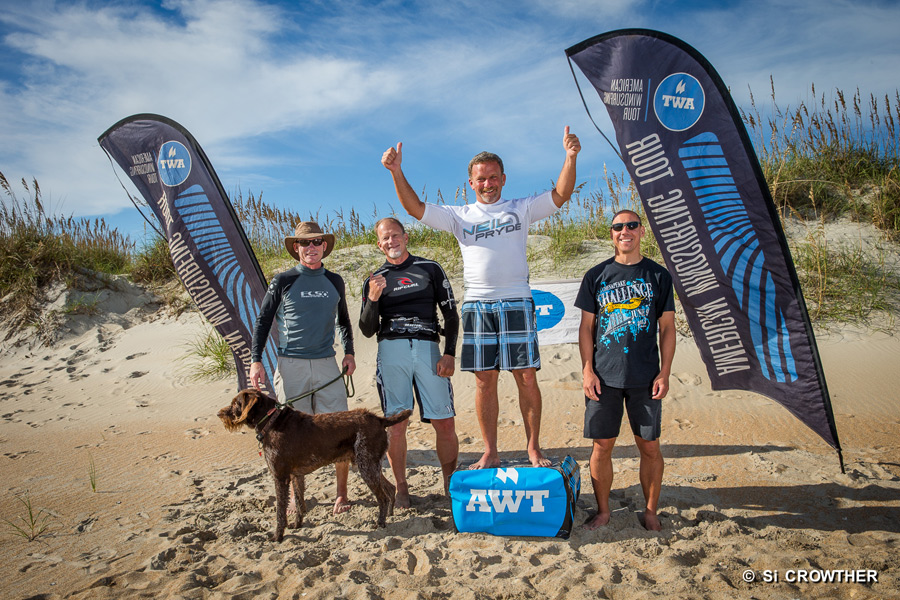 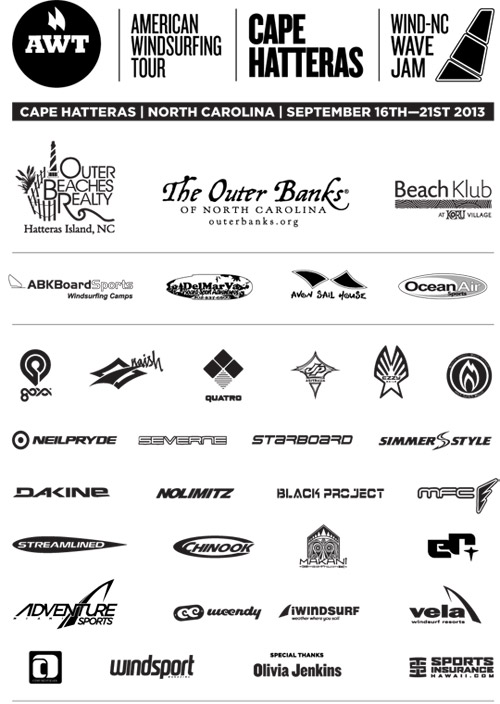