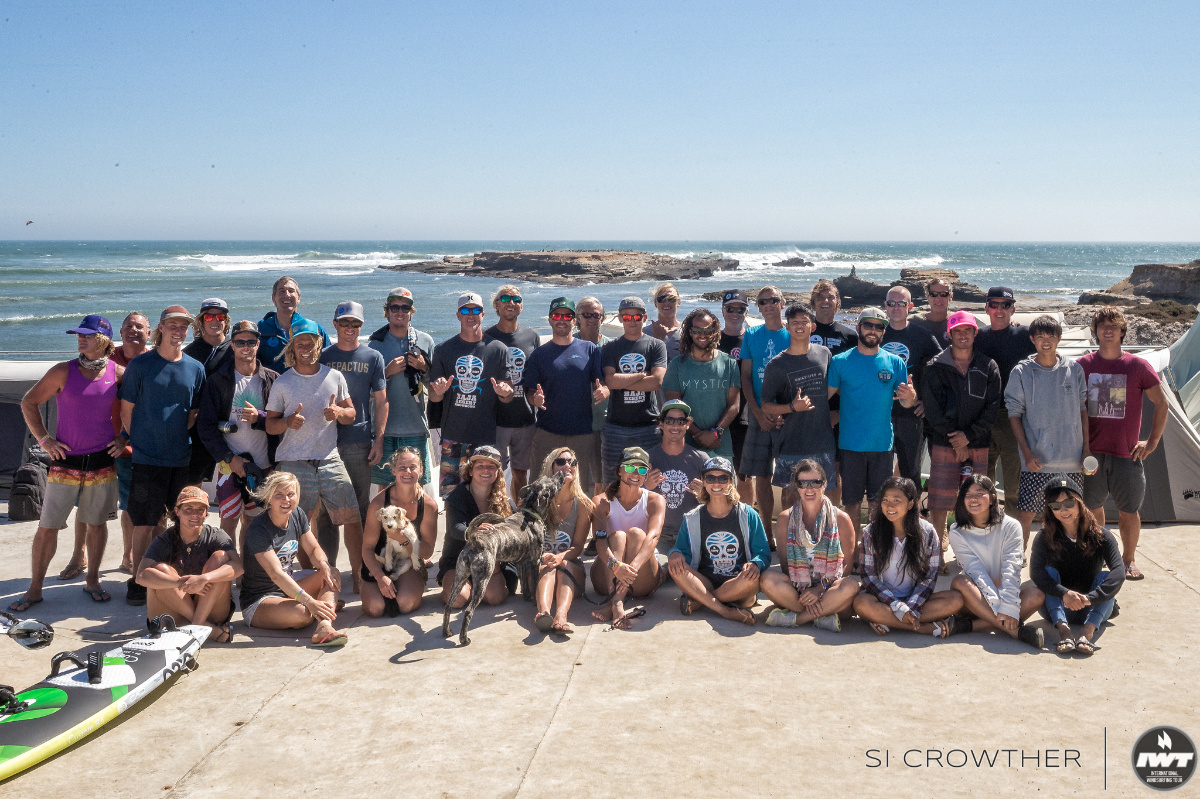 The best forecast for wind and swell of the competition window was already delivering perfect overhead to logo high waves and 20kt winds on the opening day of the 2017 Baja Desert Showdown, making it an easy call to kick things off right away with the pro divisions. Riders from 14 countries, including Japan, were arriving all morning, and after a quick skippers meeting the first heats kicked off around 4pm. With a perfect rising tide and golden hour over the Chili Bowl lighting up the mesa, Baja provided great conditions for round one of the pro men’s and women’s heats. 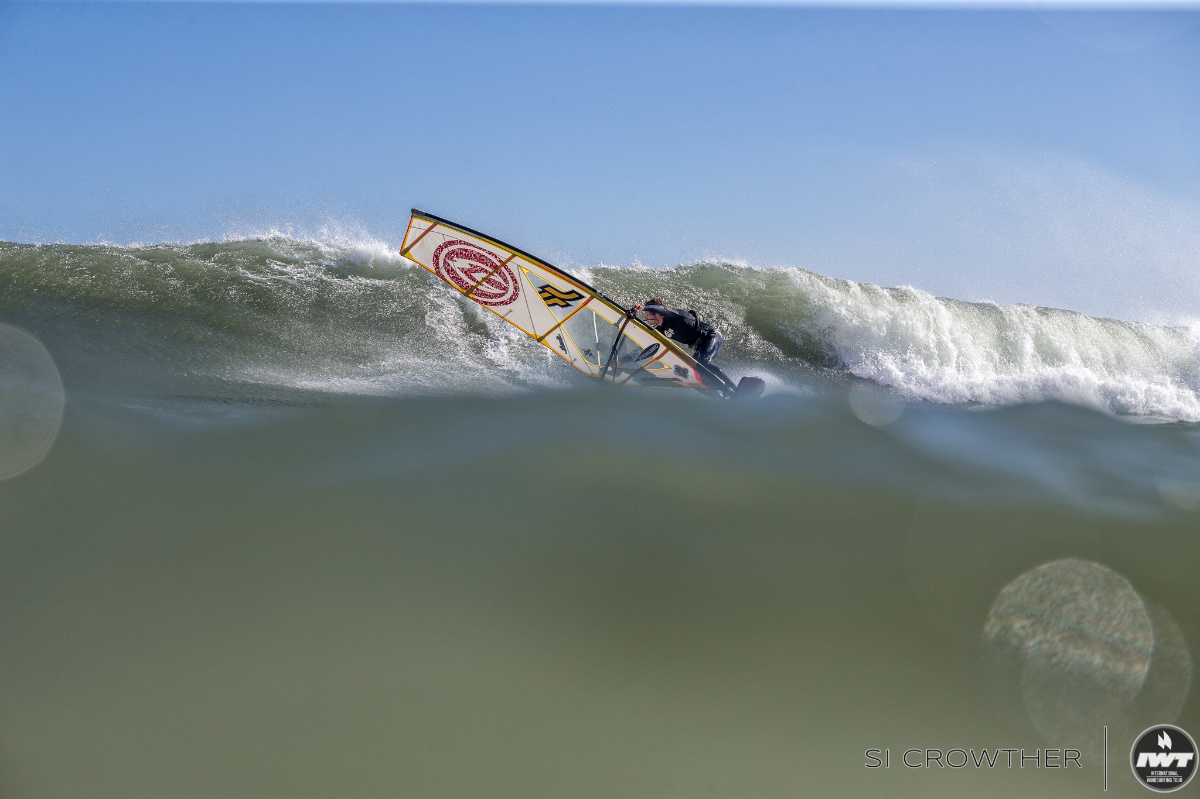 The bar was set high from round one with current IWT overall ranked #2 Morgan Noireaux against San Carlos veteran Kevin McGillvray, French standout Maxime Fevrier, and none other than Francisco Goya himself, who surprised the crew with his unexpected last minute arrival for the event! Noireaux was quick to remind the judges and spectators of his innate knowledge of this wave, racking up high scores quickly by combining perfectly timed turns with quick aerials to connect the whole wave through the Chili Bowl with ease. After an 11-year hiatus from San Carlos, Francisco picked off a few nice sets to tear apart with the style and grace that is signature to his riding. McGillvray managed to find a couple good waves as well but in the end it was France’s Maxime Fervrier who found some of the best sets to put together high scores and advance through with Morgan. 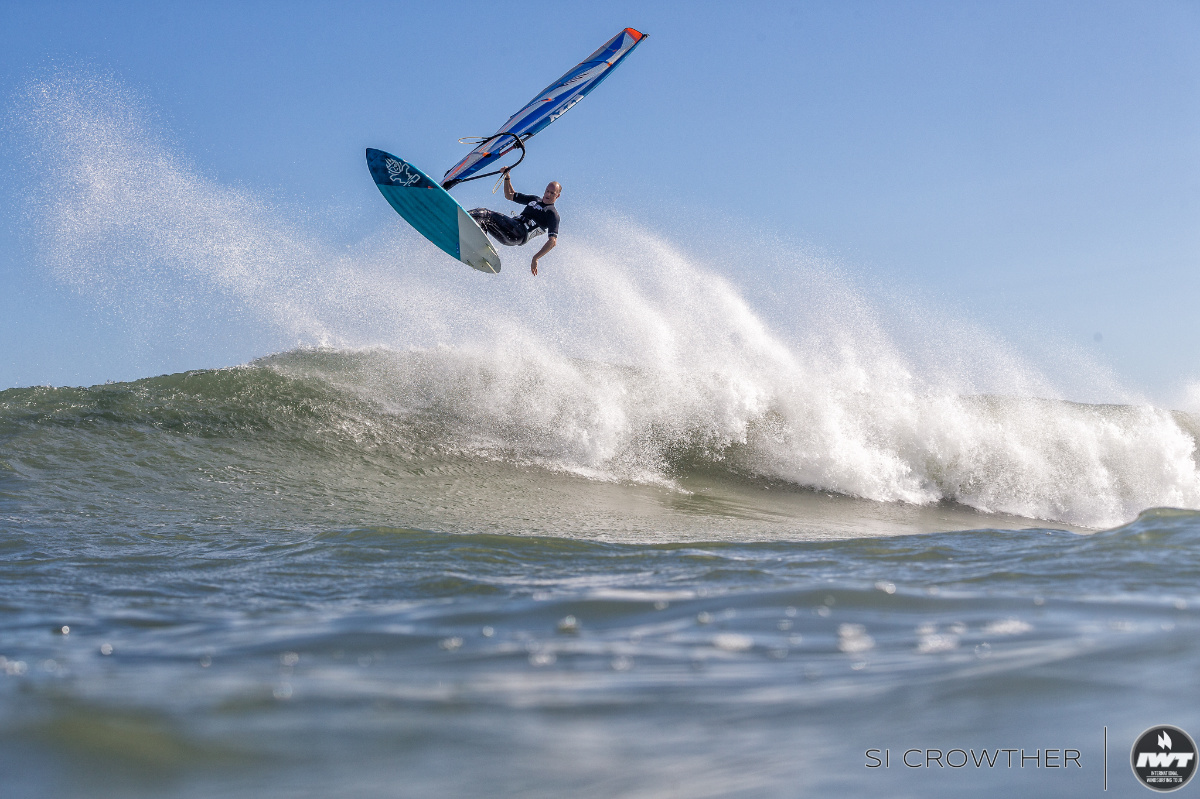 As the green flag raised for heat 2 Kevin Pritchard opened up with a massive KP power turn at the point and then proceeded to rack up one of the day’s highest scores as he continued to link power turns with clean aerials through the Chili Bowl. Federico Morisio from Italy had some great aerials but ultimately it was Casey Hauser who linked together a few sets with critical turns to get the number 2 spot behind KP and advance straight through to round 3.

SoloSport’s Joey Sanchez faced off with IWT #3 Russ Faurot along with Ferdinando Lofreda and Brice De La Menardiere. A slight break in the swell caused a slow start to the heat, but Russ Faurot managed to find the first set and setup a beautiful fast and critical first turn off the point, followed by a solid aerial through the racetrack section and onto the Chili Bowl for a perfect timed finishing turn. Joey was right behind Russ and started off with a nice aerial followed by a one-handed gouge at the Chili Bowl to get his heat underway. The slower heat made it hard to find waves, and Ferdinando got the short-end of the stick, linking together a few waves with nice turns, but unable to grab a solid set wave. Brice found the wave of the heat and rode it perfectly to advance him to the number one spot, and after a tie breaker it was Russ in the number 2 spot. 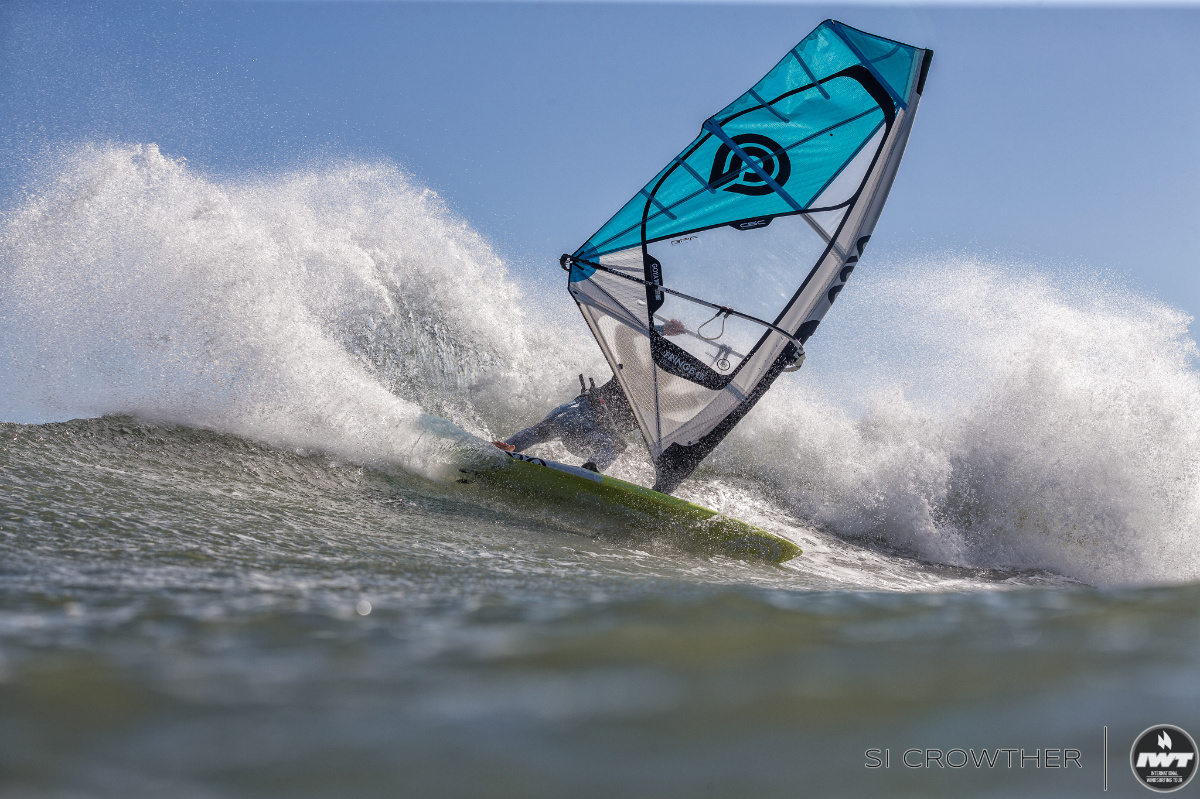 Finishing out round one IWT overall leader Boujmaa Guilloul unleashed on his opening wave with a look-back aerial followed by another aerial and a few insane turns to get things going. Jericoacoara’s super-star Edvan de Souza lit up the point with the highest score of the round, with big aerials and turns way past the Chili Bowl to find a section to throw a perfect ankle-dry goiter to close out the wave. Takara Ishi and Hiroshi, fresh off the plane from Japan, were quick to get their feet wet and picked off a couple waves, but not enough to get ahead of the Moroccan and Brazilian who advanced into round 3. 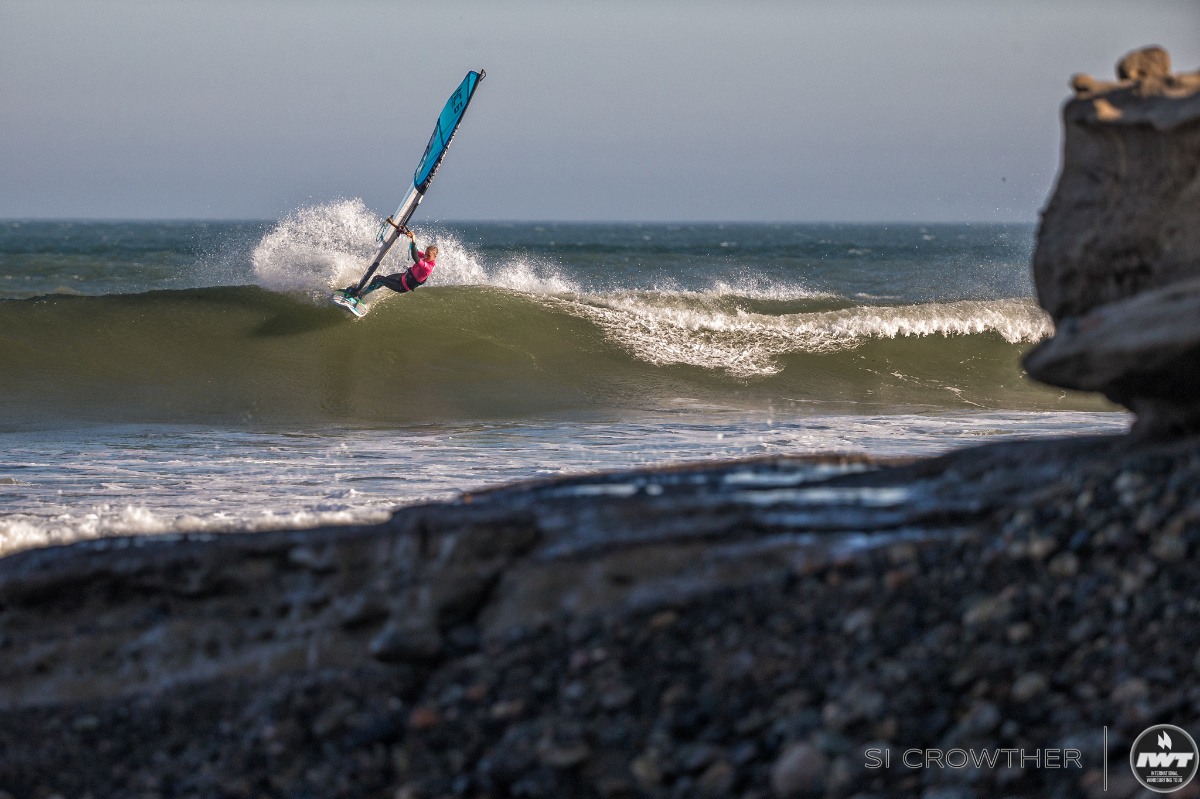 The wind and waves continued to deliver for the 9 women to hit the water for round one. The girls put on an impressive display of wave knowledge and skill, using the perfect peeling waves of San Carlos to put on an awesome performance for the guys to watch from the cliffs.

Italian Annamaria Zollet took first of Heat 1 with nice turns ahead of Amandine Boudoir and Kabuki Ishihara who each found a few waves of their own that linked them far past the Chili Bowl. The wind started to drop at heat 2, but Sarah Hauser was quick to find the best set and had a massive hit at the point to kick things off which made the pro men happy she wasn’t in their division. Elise Gire in her first IWT competition was displaying great form and wave selection, finding a few good waves and doing a nice one handed turn in the chili bowl to put her ahead of Tomimo Noguchi and advance with Sarah. 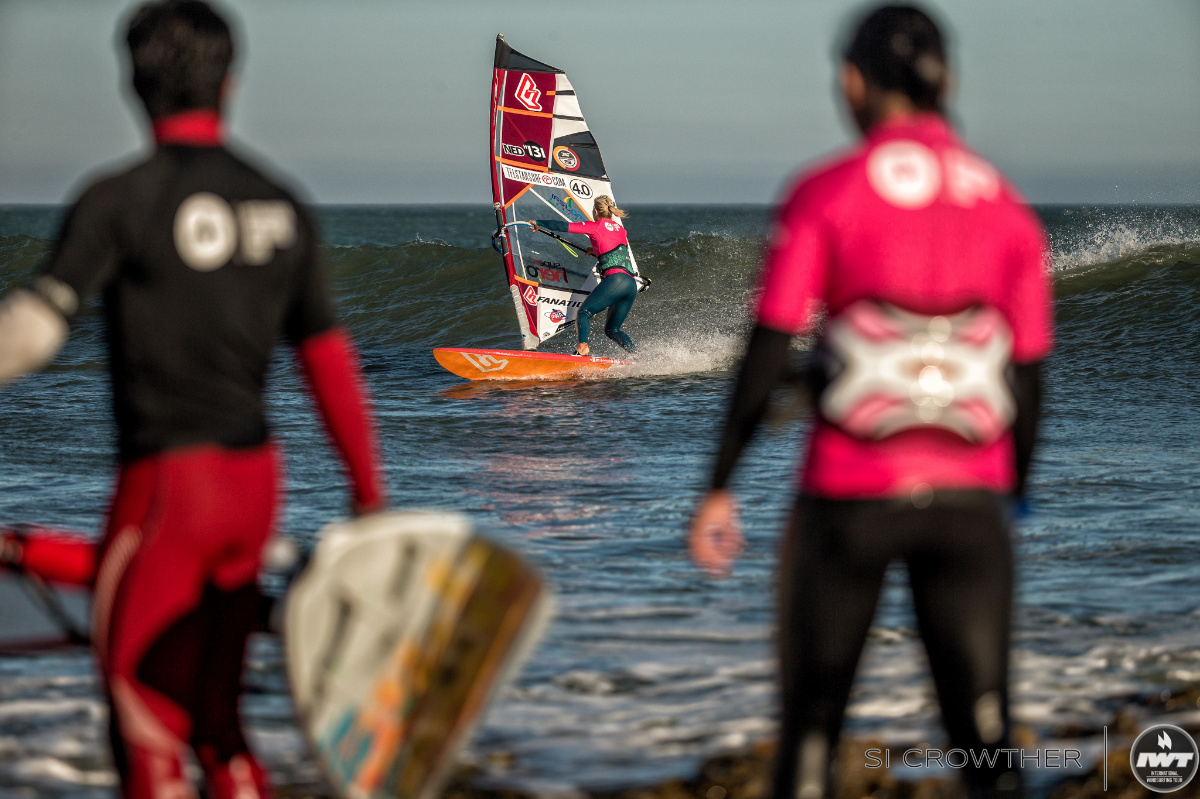 PWA Freestyle rider Arrianne Aukes on her first trip to San Carlos showed awesome talent and she quickly adapted to the waves here and secured first place in round three ahead of Fuka Noguchi and IWT leader Samantha Bittner, who both had a difficult time finding waves in the dying afternoon wind and rising tide.

With the sun still well above the horizon and waves continuing to roll in, the call was made to move the contest up to Old Man for the 2 repechage rounds of the mens’ heat in front of SoloSports, as the tide was getting too high at the point. Joey Sanchez came back with a vengeance, destroying a set up at the Bombora and connecting it through for the inside for a couple good hits and a clean air. McGillvray was right behind him showing his knowledge of the spot and both racked up high scores to get them back into round 3. Finishing up the day Francisco Goya and Federico Morisio got the upper hand in the final heat of the day, picking off solid set waves under the setting sun as the wind dropped to finish off the first day of competition.

A similar looking forecast for day 2 means we should see the culmination of the men and women’s pro heats tomorrow, check back to www.internationalwindsurfingtour.com and our Facebook and Instagram for updates. 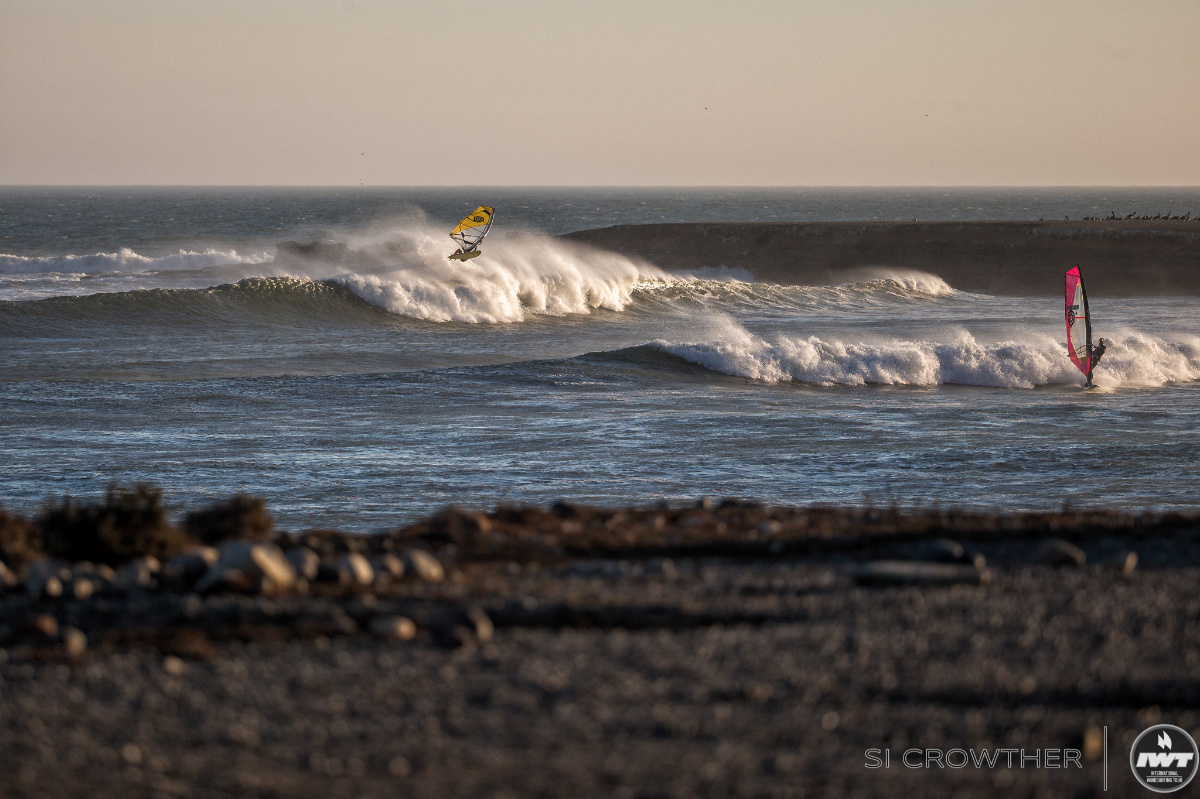