With a third day in a row of no wind but beautiful clean waves at the AWT Goya Windsurfing Festival in Santa Cruz the call was made for a second standup paddle contest. Brackets were drawn up with 30 competitors entering for fun in the glassy surf. 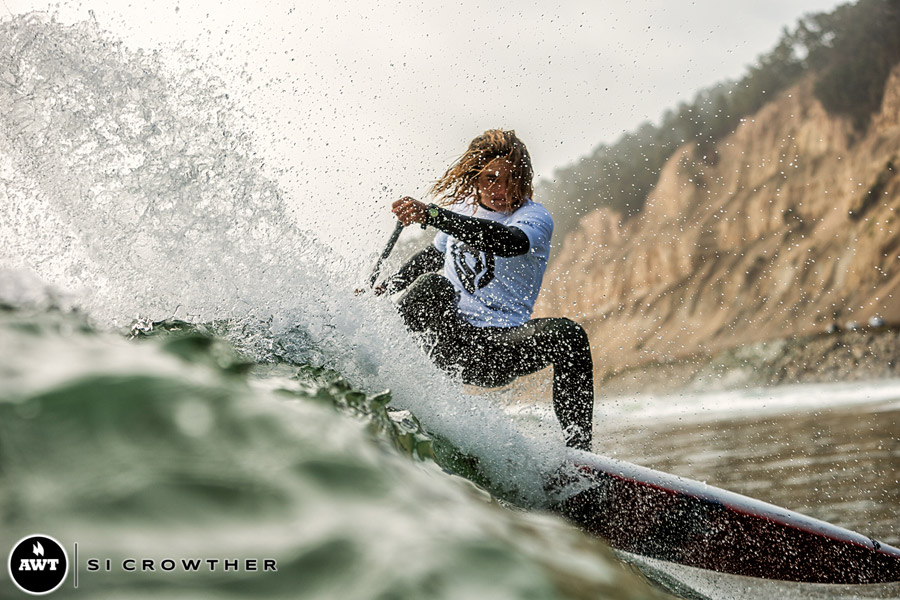 The final came down to a highly contested battle between Fiona Wylde, Josh Stone, Tony Litke and Bernd Roediger. Wylde caught some of the biggest set waves of the heat but her awesome wave choice didn’t pay off as she was punished by some nasty sections. Josh Stone had some solid slashy rides to nail down the third position. I looked like the first half of the heat was led by Tony Litke who was carving some big roundhouse turns and landing some big hits. But at about the halfway point of the heat Roediger (photo above) decided he wouldn’t let Litke have any more dreams of winning. Roediger’s final few waves were absolutely incredible as he brought the victory home. Congrats to all the competitors on a great show. 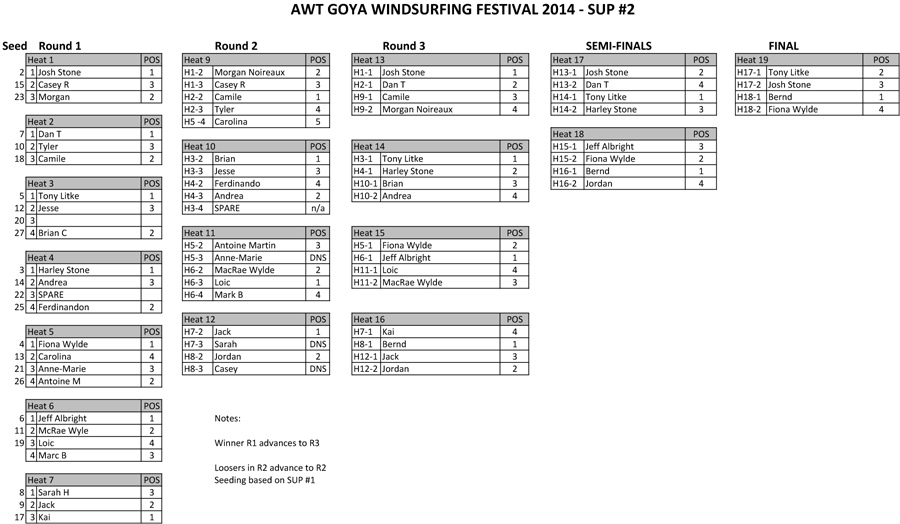 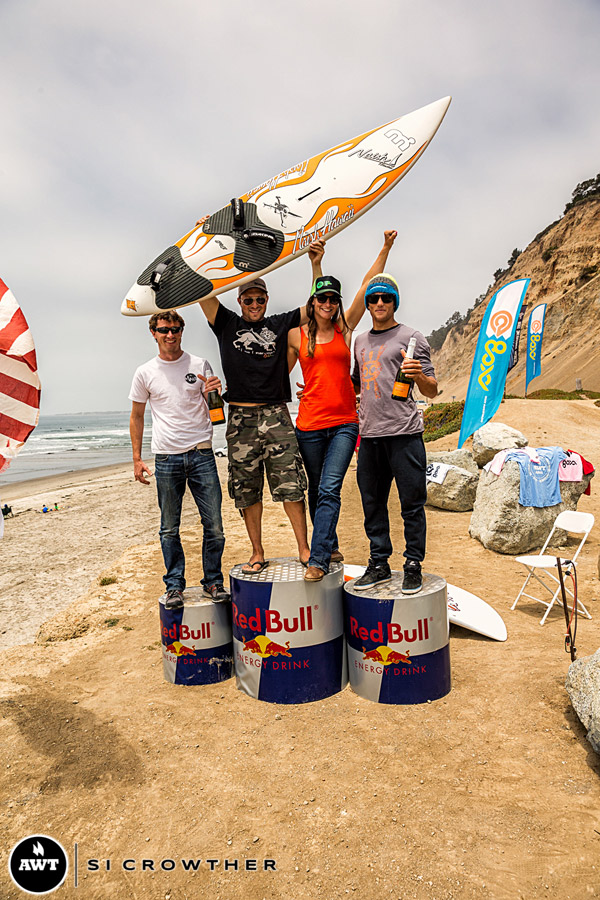 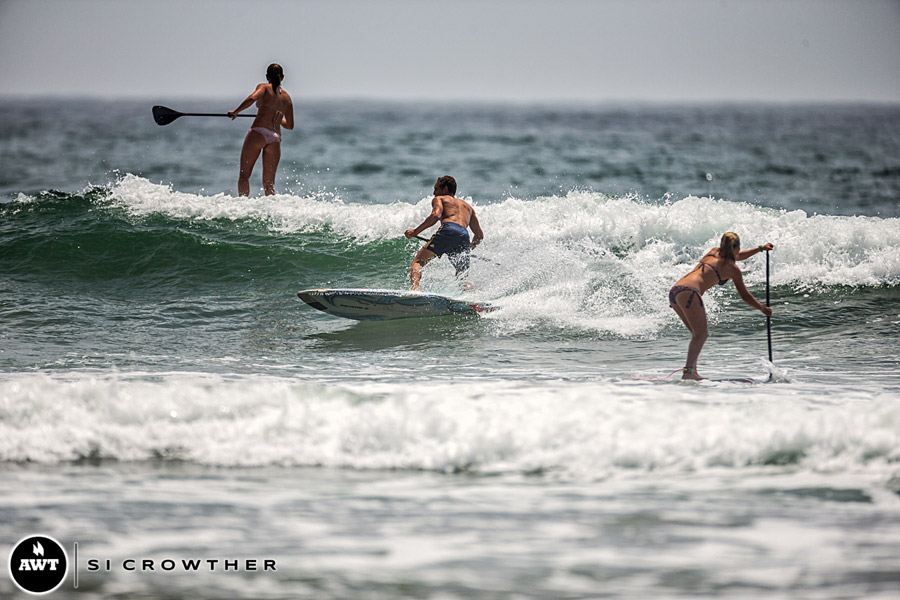 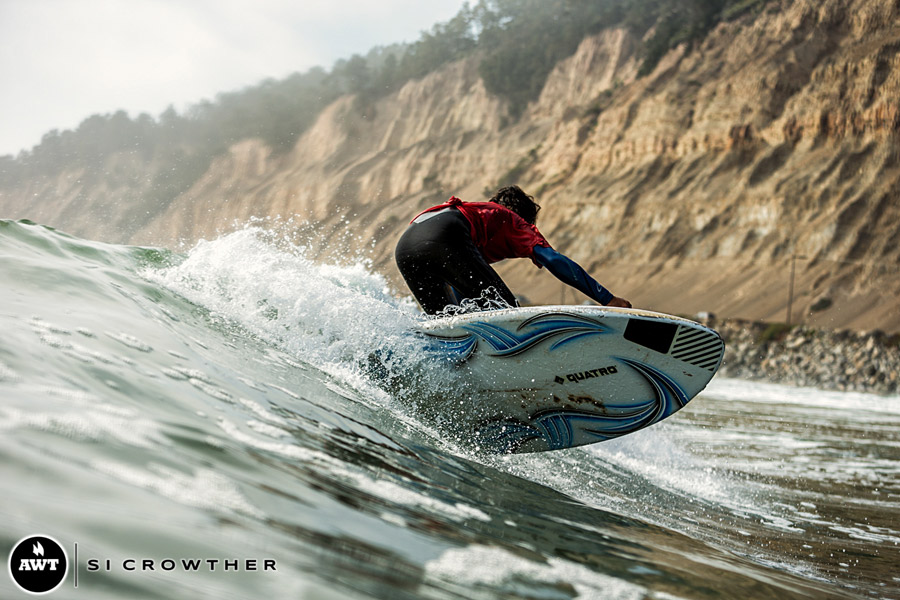 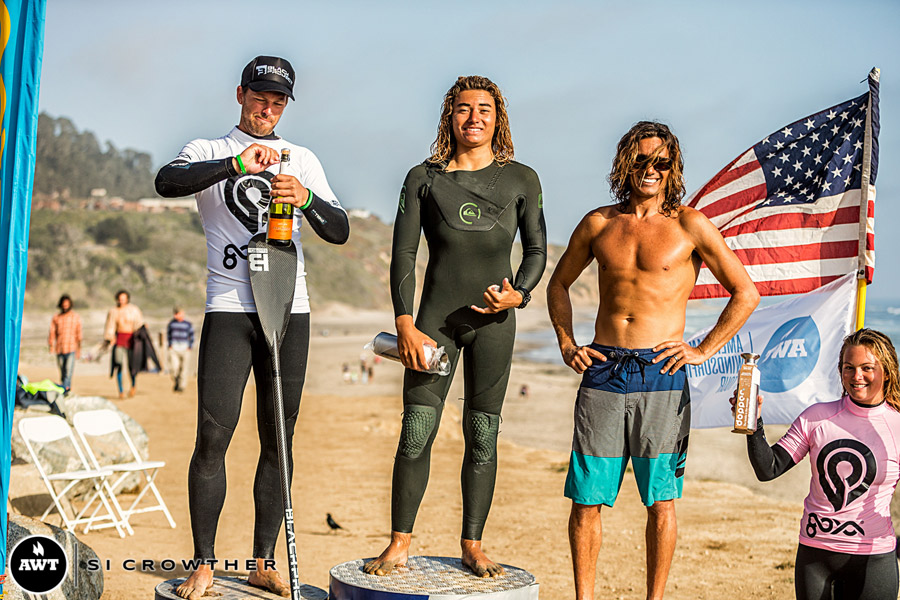 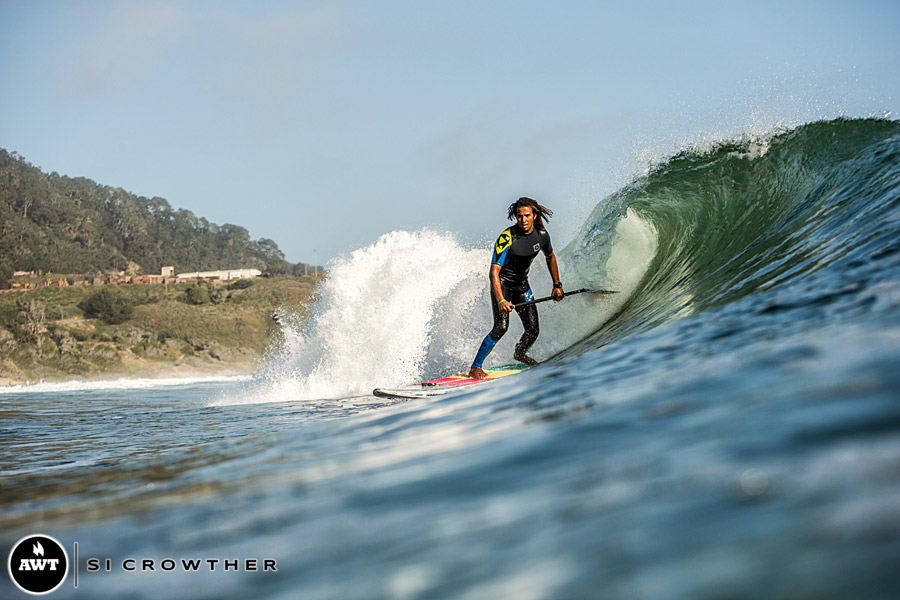 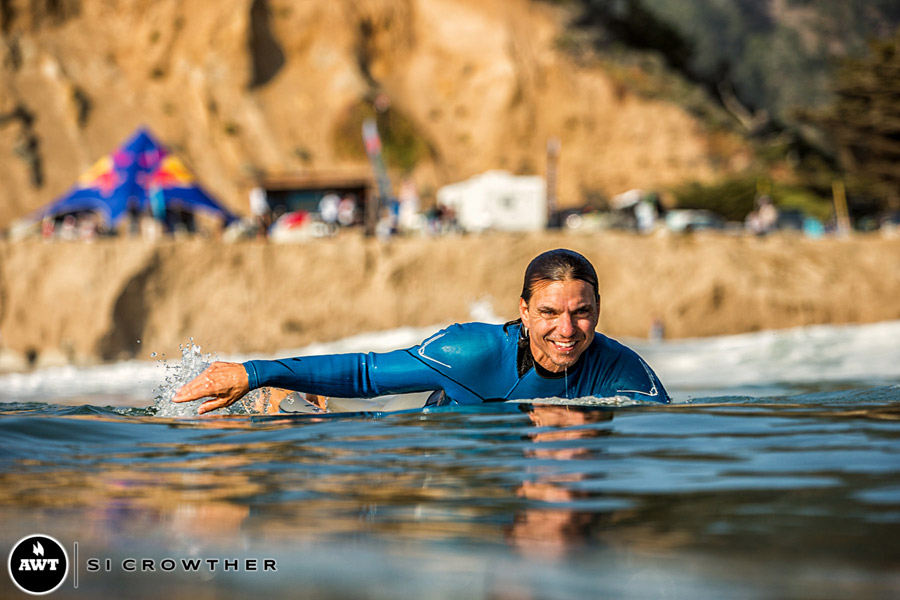 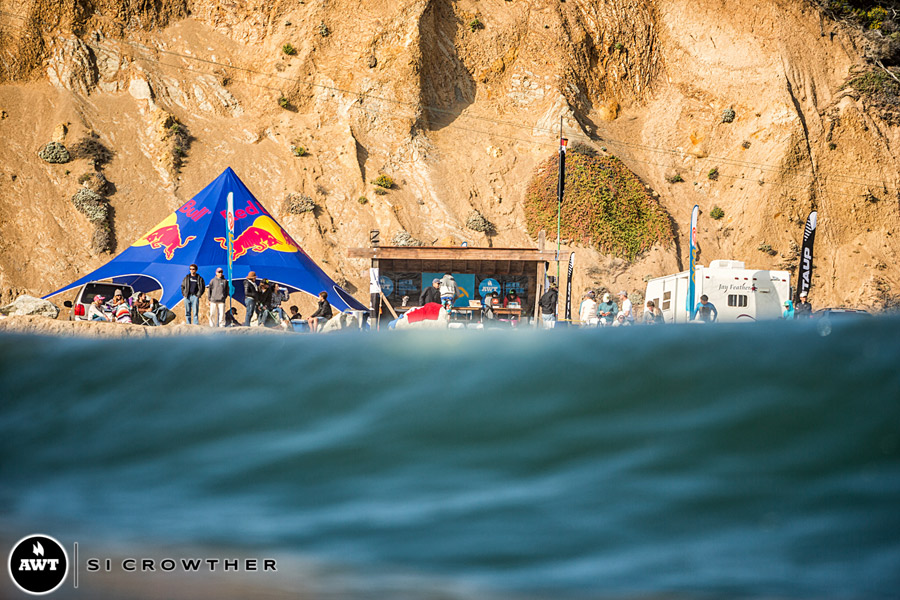