Best Amatuer final at the AWT Quatro Desert Showdown… EVER!

The 2014 AWT Quatro Desert Showdown at Punta San Carlos, Baja will go down in history as having the best conditions an amateur contest has seen… ever! The pro riders were drooling watching the semi-finals and finals go down in over-mast-high conditions. It was absolutely epic. Luckily for them a 30-minute expression session was held after the amateur final giving Morgan Noireaux, Casey Hauser and Russ Faurot the spotlight to shine, which they did. 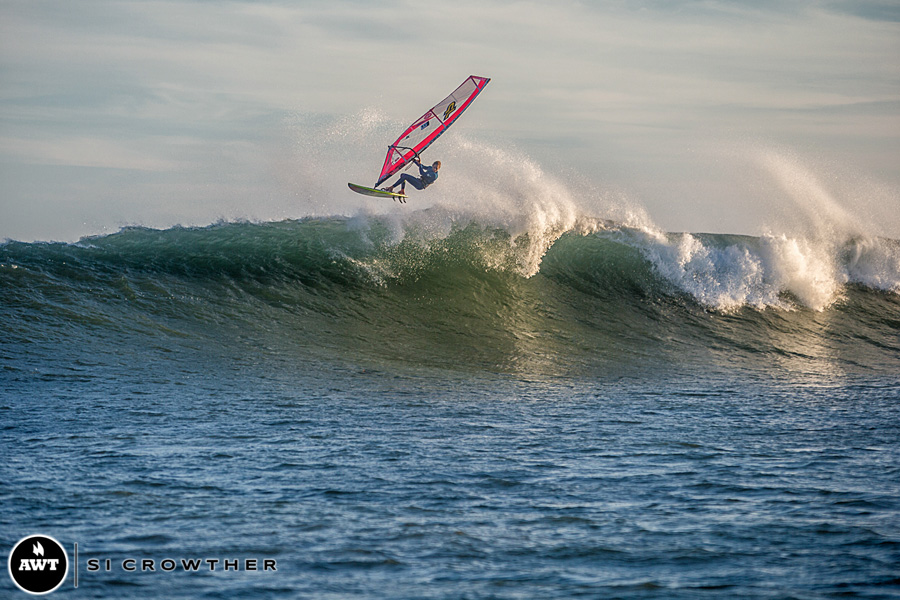 Amateur Semi-final #1: The first heat was scheduled for 28-minutes and featured an impressive lineup. Dan Thomson from Ontario, Canada won the Masters division at Pistol River, Vickie Abbott was new to competition and had come all the way from Cabo Verde and both Tim Kasten and Joey Sanchez could be considered as ‘local’ sailors as both work for SoloSports Adventure Holidays. The sailors had to play it smart in such big and difficult conditions. Sanchez struck first with a huge point wave and ripped it up. He followed it up with another huge score to take first place in the heat. Abbott used her Cabo Verde experience to pull into some sickly massive point waves racking up some huge scores for the second spot in the final. 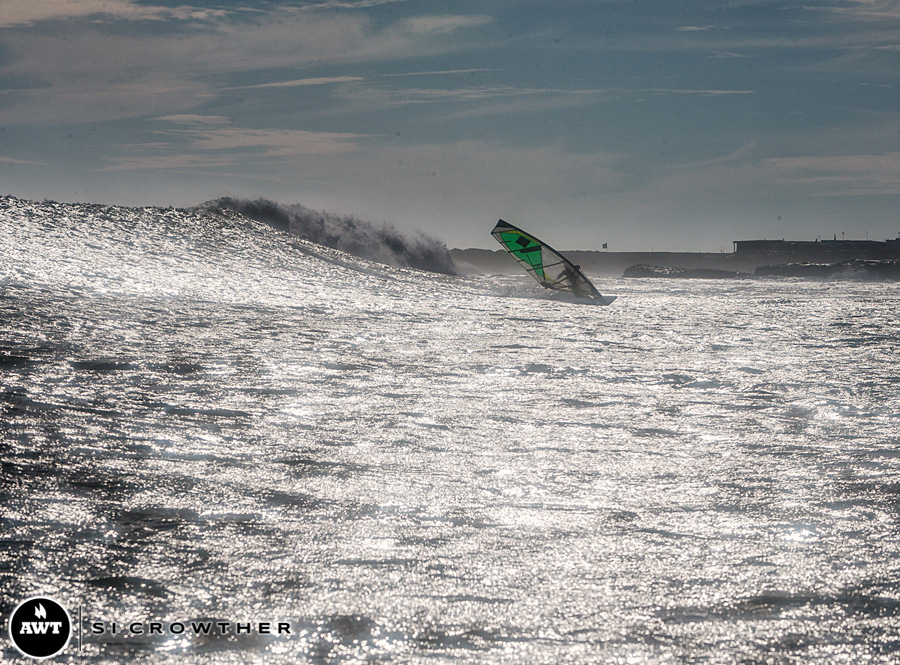 Amateur Semi-final #2: With solid conditions the heat was shortened to 22-minutes. Jeff Albright found the first aerial of the semifinals nailing a huge score on his first wave. His second and third waves were also killer securing his place in the final. Sarah Hauser was the queen of hunting down set waves ripping her way to the second place in the finals. The closest moment of this semi came down to the final wave by Itai Kafri who nearly landed an aerial on his last hit. Andy McKinney ripped some sick waves but didn’t find quite enough to make the final.

Amateur Final: The epic final was set featuring Joey Sanchez, Vickie Abbott, Jeff Albright and Sarah Hauser. These four riders really represented the rippers of the week. Abbott found a couple sick rides early but ended her heat a little early with a ride taking her into the rocks. Albright scored one of the heats highest scoring rides, but failed to duplicate it with a decent second score putting him in third position. The battle for the top spot came down to where the action happened on the wave. Sarah Hauser scored the biggest waves of the heat and hit some very critical moves just after Punta San Carlos’ famous Chili Bowl. Joey Sanchez picked off some amazing set waves and pulled some incredibly tight turns at the most critical sections giving him the victory. Congrats to Sanchez on the victory and Hauser on a well earned second place. 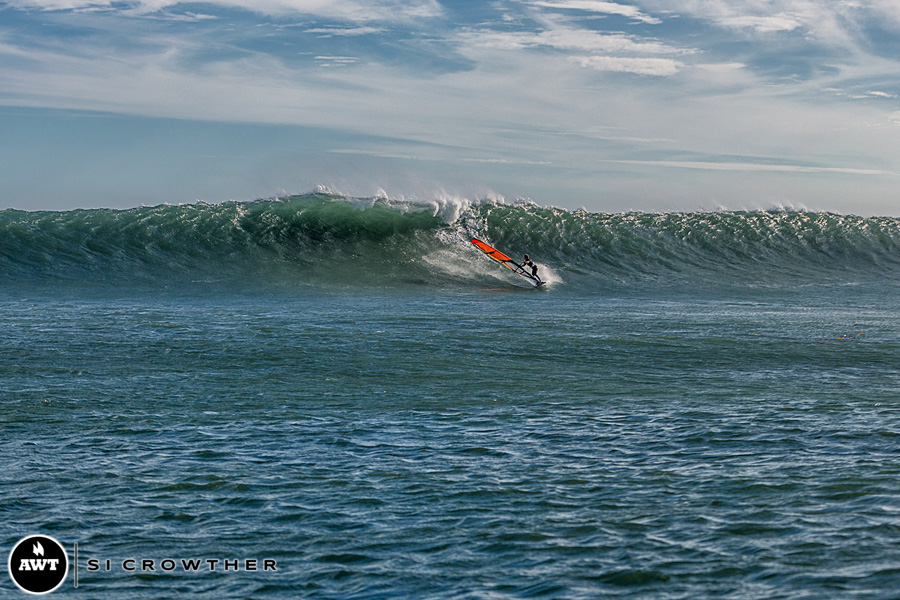 Thanks to everyone involved in putting this epic contest on. Head judge Chris Freeman made the perfect calls during the event. Bennet Williams on providing jetski support (huge thanks!). Kevin Trejo of SoloSports for making all this happen. Quatro and Keith Teboul for massive title sponsorship of the event. Sam Bittner for organizing the tour that such amazing action can happen. Photographer Si Crowther for shooting all the amazing action. Kevin Pritchard for incredible video work. Thanks to all competitors! The pro side of this event was amazing; however the amateur side of this event was maybe the BEST EVER! 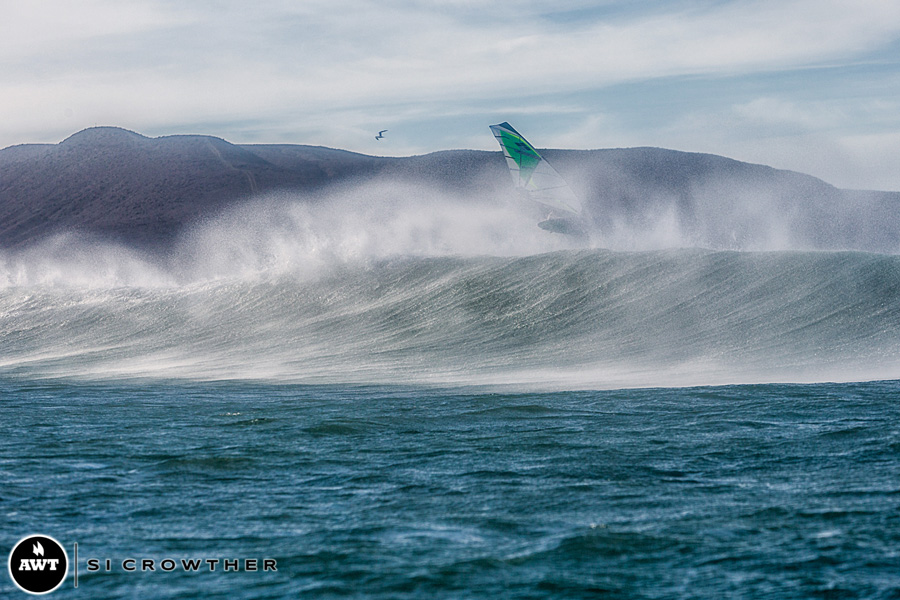 Quoted:
“This Place Sucks! It was truly a dream come true today for me—mast high waves and perfect wind to complete a week of surf and fun with friends. Punta San Carlos showed some of what it had to offer with some challenging conditions of short period and light wind, but giving the best down the line sailing available. Allowing everyone to push themselves and get some of the rides of their lives. I can’t wait for the next event!! Foggin A! Next time KP” — Joey Sanchez, amateur champion

“Usually when I compete, my goal is to go through the next heat. That’s what gets you a good ranking. But today during my semi final and my final in the amateur division of the AWT, all I was thinking was, I’m so stoked to be one of the 4 people on the spot right now, charging the bomb from the Chili bowl far far outside and riding down for 6 turns of roller coaster on mast high open faces. Thank you!!! Thank you to the AWT for those moments!” —Sarah Hauser, amateur 2nd place 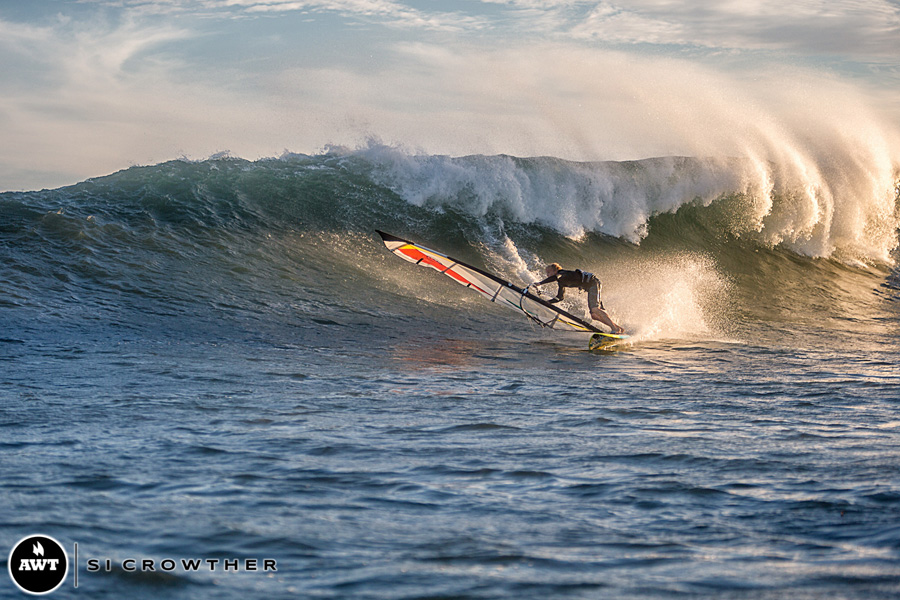 “I’ve been coming down to San Carlos for 7 years now and have seen some epic conditions, but today was truly unique. A solid size swell with close period, high tide, and light winds made for some of the cleanest, yet trickiest conditions imaginable. When the right wave came through, it was firing from the point to the Chili Bowl, and the 8 amateurs remaining put on an incredible show in the challenging conditions. Needless to say I was stoked there was still some daylight left to freesail after the finals were over! KP- why did you leave in the morning!?!?!?!?” —Casey Hauser, pro rider

“Today was the day of days for the Amateur Finalists. With the big hurricane swell and short period wave conditions, sailing was going to be very challenging. When the wind started to show in the late afternoon, someone had to go test the waters. I volunteered for the enviable task. After scoring a bomb set wave and making a few turns, I chose to kick out of the wave. I realized that there was a massive one behind. I sailed straight into a wall and took a decent beating, but apparently showed that conditions were suitable to run. Epic!” — Russ Faurot, pro rider (who stayed for the final epic day) 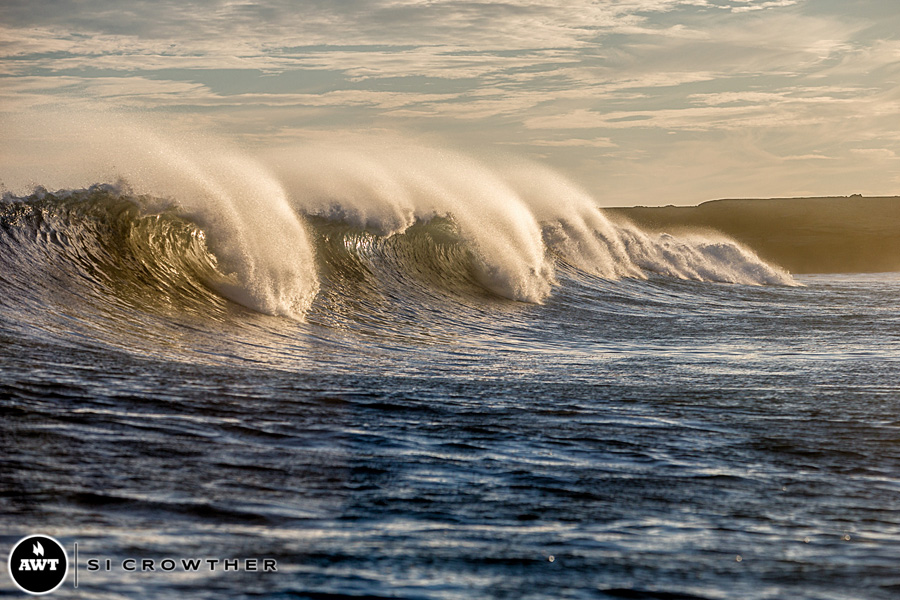