Wind began to pick up at 9:20am with 12-15 knots: enough for Race Officer Alexis Katsios to call on the first race of the event to begin at 10:30am. There were many tight battles in the first elimination. After the start of the second elimination the wind picked up to 17-20 knots. Alkis Vovos won both eliminations in the morning. Following a one hour lunch break, the elimination brackets were compiled to 2 heats with 12 people on the coarse at once with the wind picking up to 22 knots. Zois Theocharis finished first in the third elimination with Alkis Vovos returning to first in the fourth and final elimination of the day. Racing was completed at 6pm with a smiles all around. 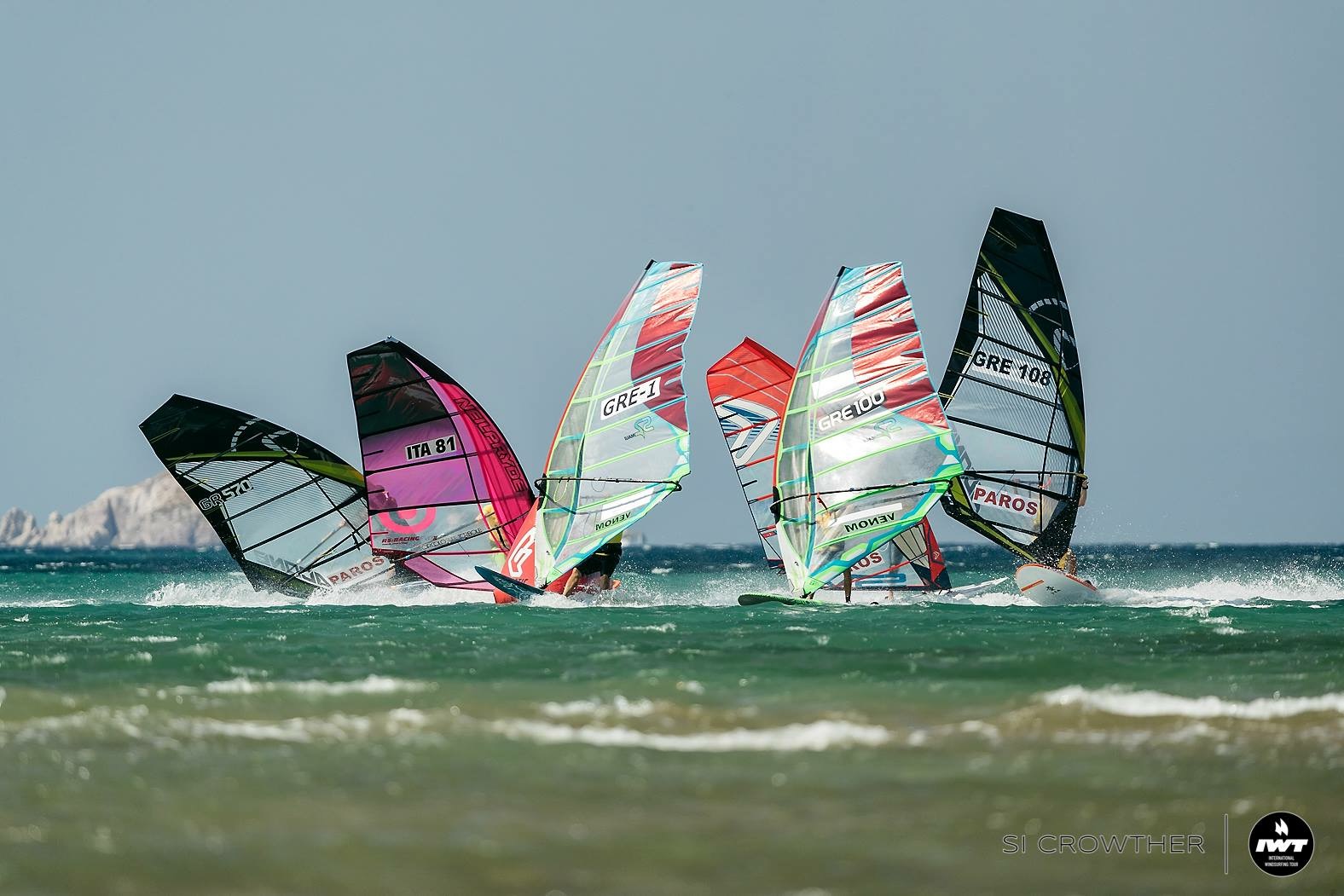 Race Officer Alex Katsios history is racing in formula and the Olympic class racing. He holds 3 championships with one world title in Olympic class racing. He has been the race officer for the last 3 years for the Hellenic Speed Slalom Association. The tour holds 8 events per year with 6 counting towards an overall title. The tour starts in January and ends in October each year. The Greek National Cup will be held in Paros August 25th-29th this year. 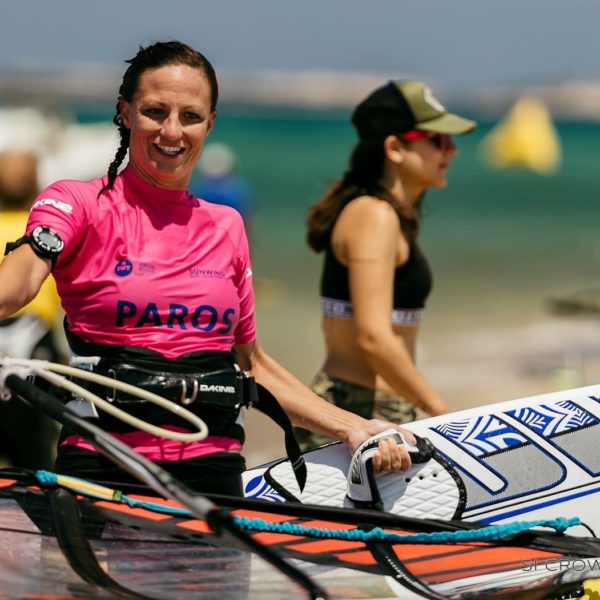 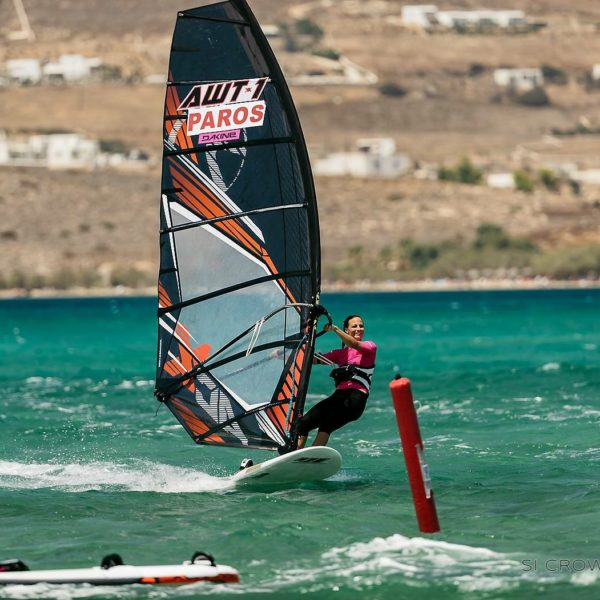 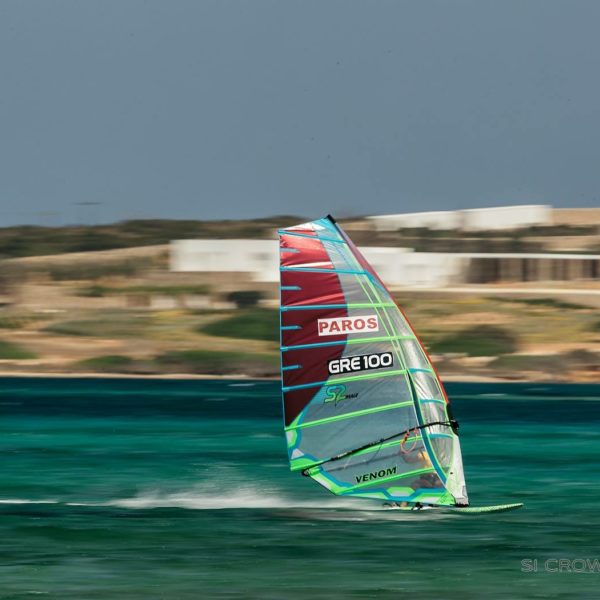 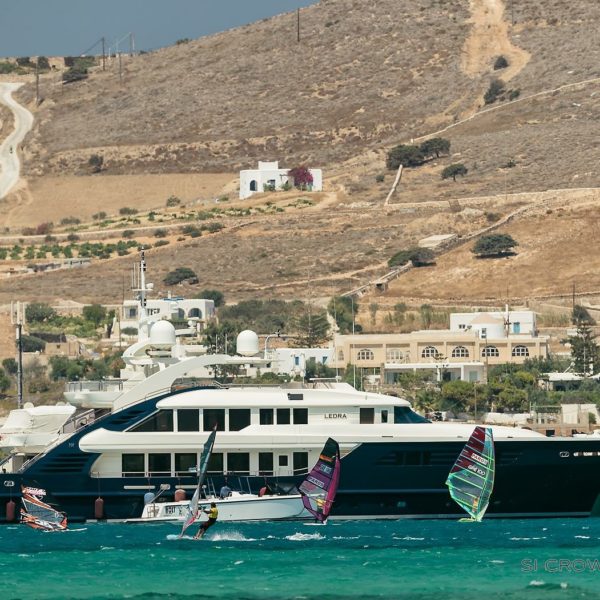 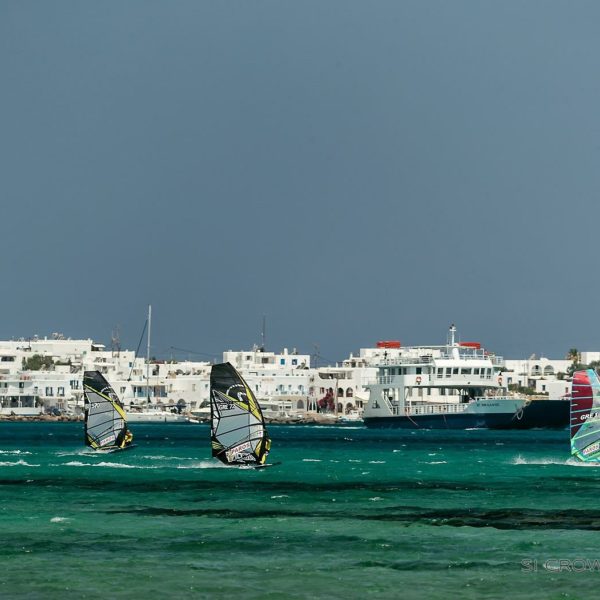 Day 3 forecast is for higher winds ranging from 20-25 knots in the morning and picking up to 30 knots by 2pm. 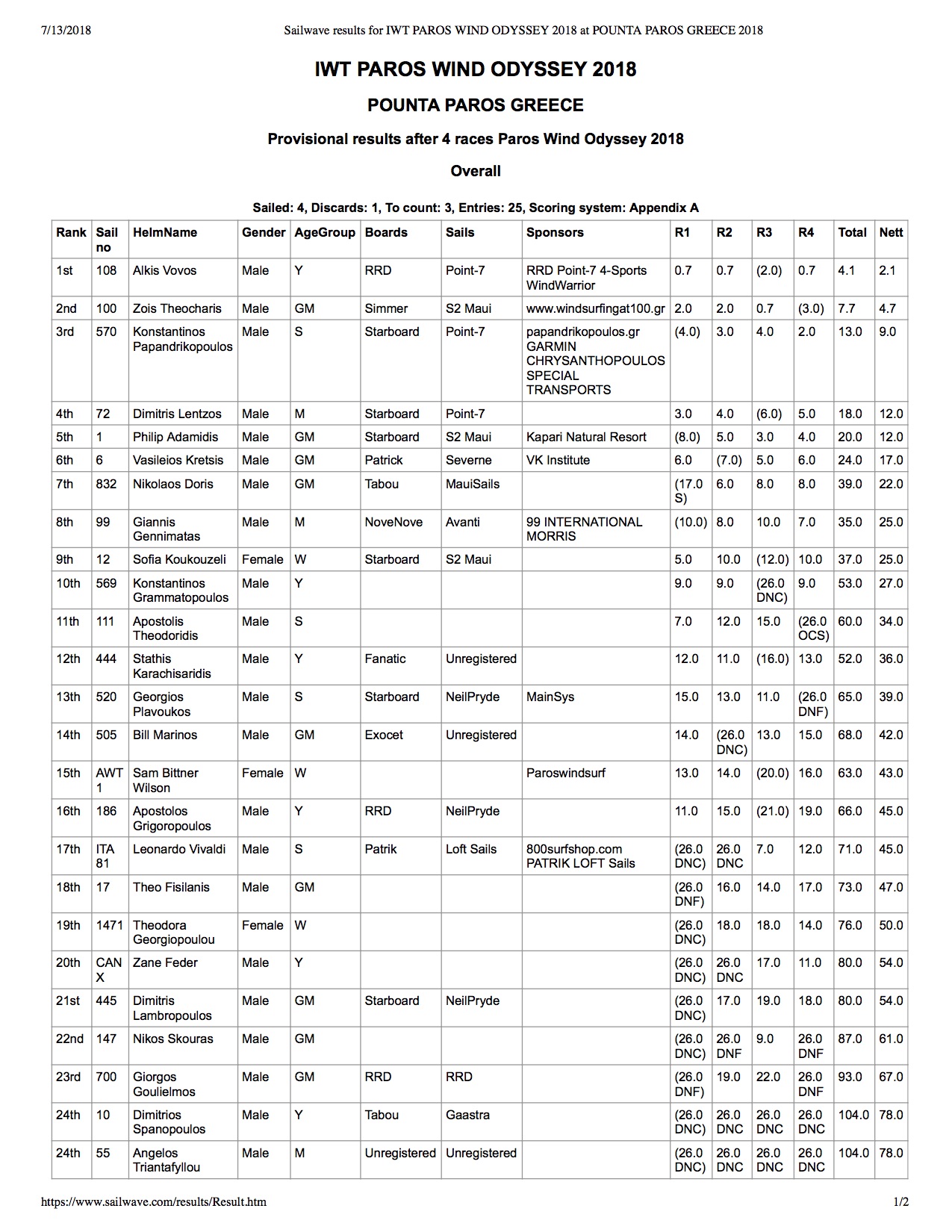