Day 2: Noireaux Hones In on a Repeat

We had another spectacular day at the 2015 NoveNove Maui Aloha Classic. The slight reduction in swell size allowed the waves to clean up and become more rip-able. The trade winds kicked in nicely by noon and we continued with our Pro Men’s single elimination bracket with heat 13. Straight into the action, Robby Swift and Robby Naish took out the current PWA leader, Philip Koster. With the first 20 minute heat finished, the action didn’t let up all day with some more superb conditions.

In the following heat the current AWT leader, Boujmaa Guilloul, was knocked out by Graham Ezzy and NoveNove athlete, Kauli Seadi, who took turns with gorgeous cutbacks and impressive aerials. Also advancing to the next round was Levi Siver, whose wave count was hard to beat; and Camille Juban who appeared to be on a mission. Both riders were notably pulling off vertical turns in the pocket and smooth aerials. Rounding out the 3rd round was Antoine Martin and Diony Guadagnino, who knocked out Victor Fernandez who is hoping for a first place finish in order steal the PWA title.

Heats continued to fire off in round three and we saw Kevin Pritchard come out with guns blazing. KP is hoping to snag a repeat AWT Championship this year from Boujmaa. With some serious local knowledge, Pritchard’s wave count was high and he was charging hard finishing first in Heat 17. Going toe to toe with him was the reigning PWA Champion, Thomas Traversa. Both riders consistently produced huge spray on roundhouse cutbacks and monster airs right in front of the judges to make it into the semifinal round. Joining them was defending champ Morgan Noireaux and Marcilio Browne. 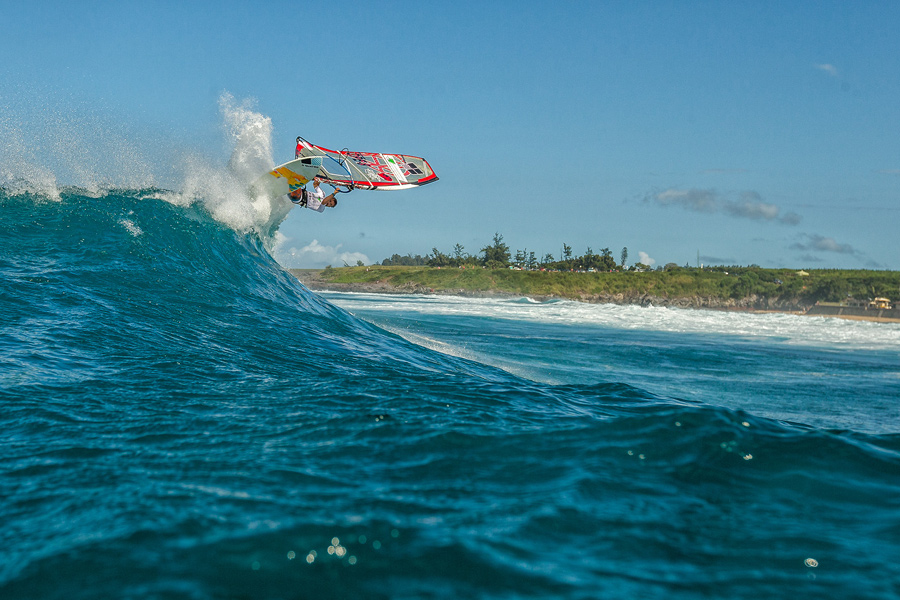 One of the more exciting heats of the round saw some impressive action from Seadi and Naish to advance to the semis ahead of Swift and Ezzy. Naish was on fire consistently tearing apart every wave. Not to be outdone, the last heat of the third round had some impressive exchanges, Siver’s continued wave count and Juban’s hard charging athleticism pushed them through to the semifinal round as well.

The first semifinal was an onslaught of roundhouse cutbacks, monster waves, and powerful aerials. The highlight of the heat, and perhaps the day, was when Noireaux pulled off a seemingly impossible forward roll of sorts in the most critical section of the wave. Unclear on the level of intention for this move, Morgan was sure to claim it with a hand raised in the air. What must have been a tough one for the judges to call, we saw the defending Aloha Classic champ and the defending PWA Champ advance. Now it was time to see who would join Noireaux and Traversa in the final.

Robby Naish continued his local knowledge prowess by being in the perfect spot at the start of the heat with a solid score. Juban was just on fire, though, pulling out all the stops; he displayed an array of under the lip smacks, stylish cutbacks in the pocket, and tweaked out aerials, inducing applause from the audience on his way to winning the heat. Not to be outdone, Kauli Seadi continued his consistency and advanced to represent NoveNove in the final.

As the wind continued to lighten the final was set to happen with an epic 35-minute heat of Noireaux, Traversa, Juban, and Seadi. As the green flag went up, it was on! Each sailor got a wave near the start of the heat, with Seadi on the largest one and making the most of it. The second round of waves saw a big air from Juban, but he was unable to hold on, and Traversa got stuck on the inside. 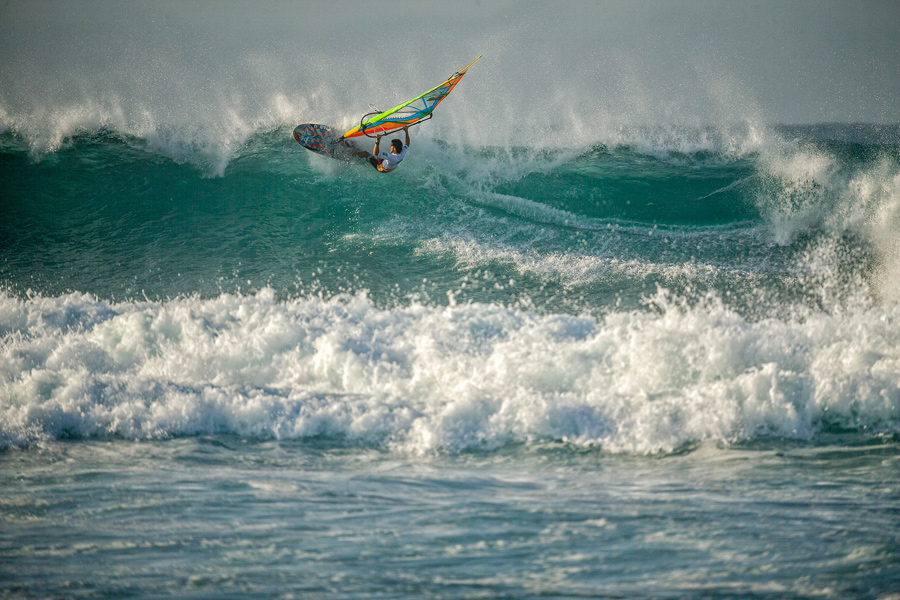 As the riders made it outside, Seadi and Traversa both were on the same wave with Seadi winning out and making the most of a good one. Juban followed next with a colossal tweaked air. Noireaux also put forth an enormous air along with some remarkable under the lip smacks. His moves were amplified by his expert choice of some of the heats best waves. With the light wind it was all about being smart with wave choice and making the most of the waves they got. As the buzzer sounded and the riders made their way in the crowd accumulated by the podium to hear the result. 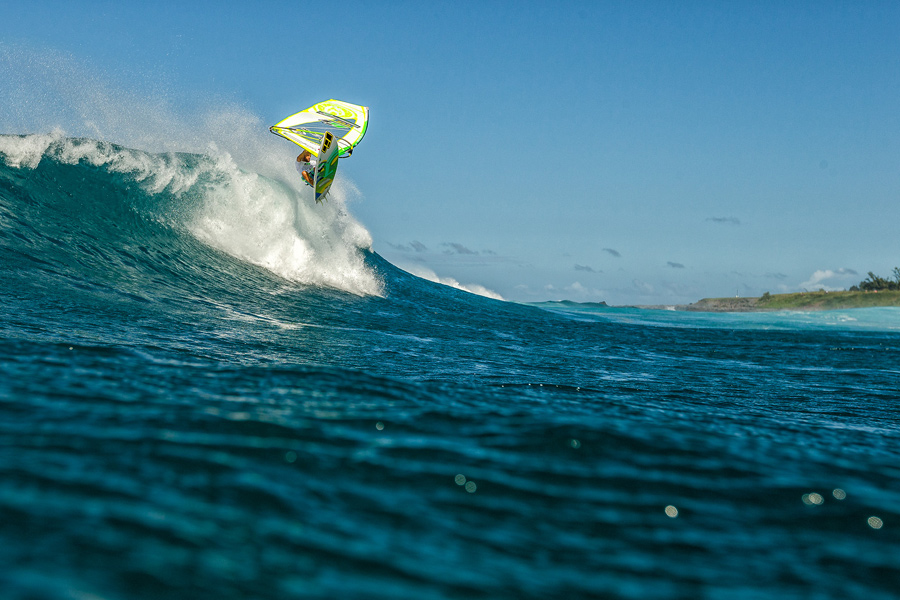 We are so stoked to have a result in the books and to announce the winner of the single elimination bracket as Morgan Noireaux! Coming in second was NoveNove athlete, Kauli Seadi, followed by Thomas Traversa in third and Camille Juban in fourth. 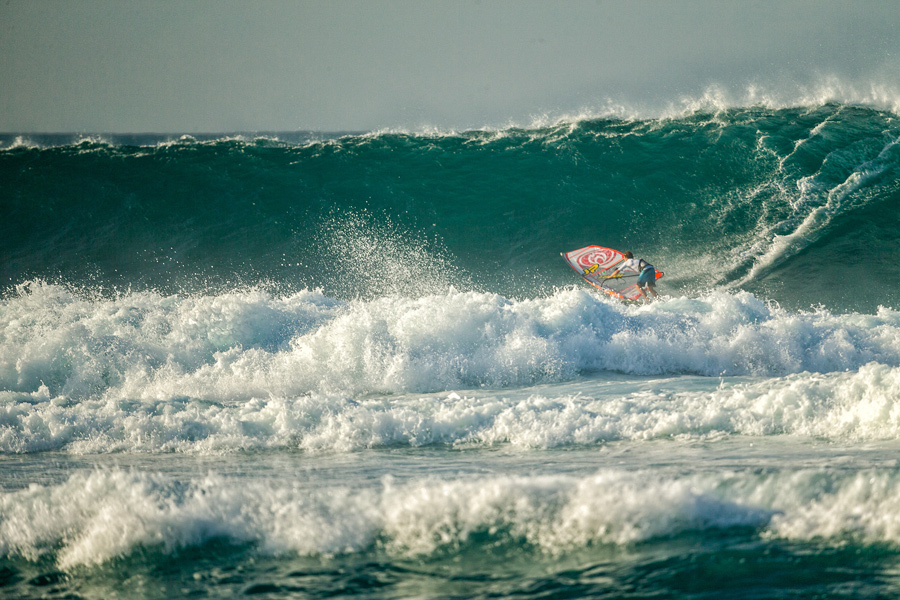 Between yesterday’s marathon and today’s supreme conditions there was so much amazing action. Be sure to check the full AWT photo album and video recap posted on our Facebook page. With another swell building overnight and more wind forecasted in the coming days by WindGuru, we are excited to get a double elimination bracket underway. 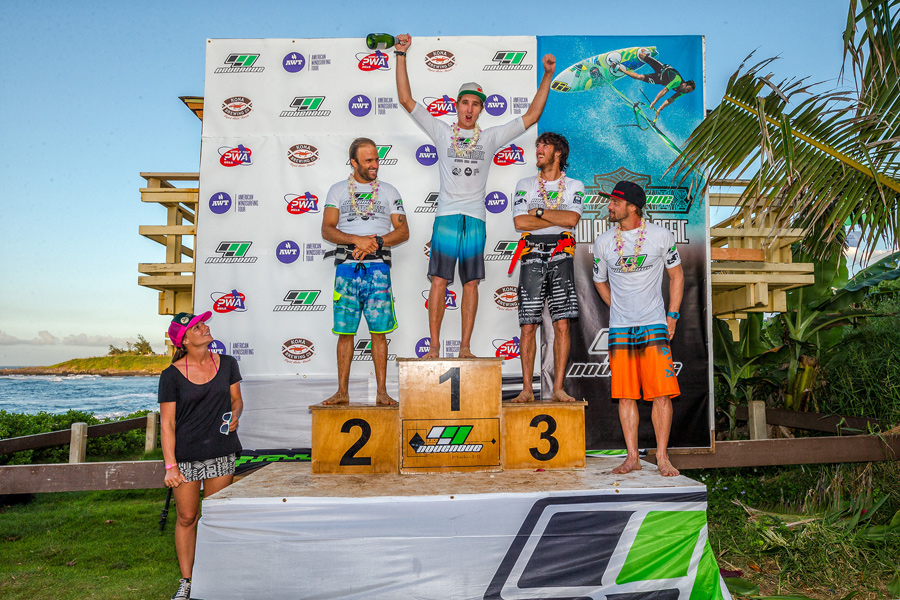 Women’s Round 1 in the Books
A bonus of the day was the start of the women’s bracket. It was great to sneak 2 women’s heats in between the men’s quarter finals, semifinals, and finals heats. First up we have Vickey Abbot, flying the AWT-3 sail number, taking on Tatiana Howard, Uli Hölzl, and Nayra Alonso. Abbot was very active and put forth a strong performance in challenging light conditions to advance along with Alonso. The second women’s heat took place after the semifinals in even lighter conditions. Only Shawna Cropas and Anne-Marie Reichman made it to the outside and each caught a decent wave off the bat to advance to the next round as well.
Be sure to stay tuned to the live cast at AlohaClassicMaui.com/live to watch all the action as the women prepare to take on the upcoming NW swell. 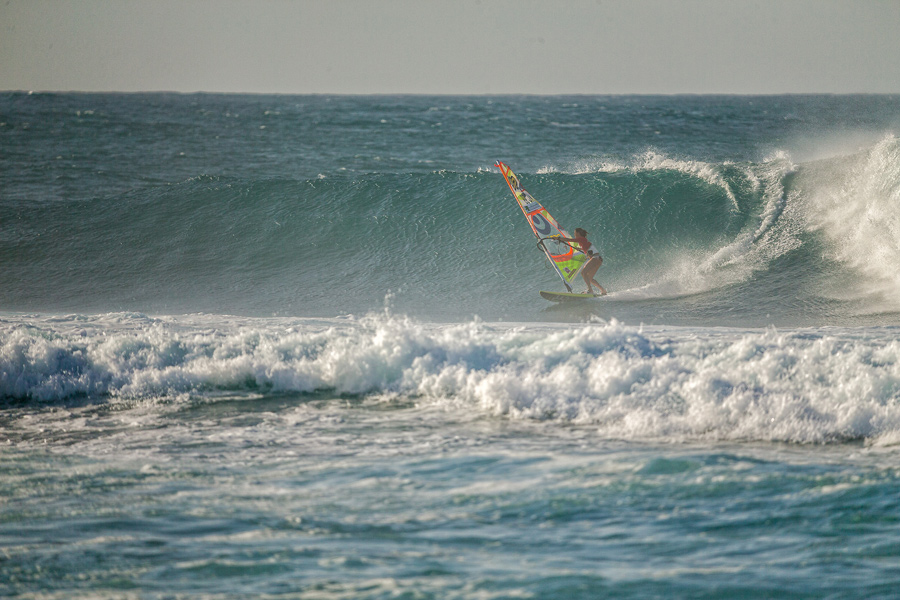 **Tune into the live stream at AlohaClassicMaui.com 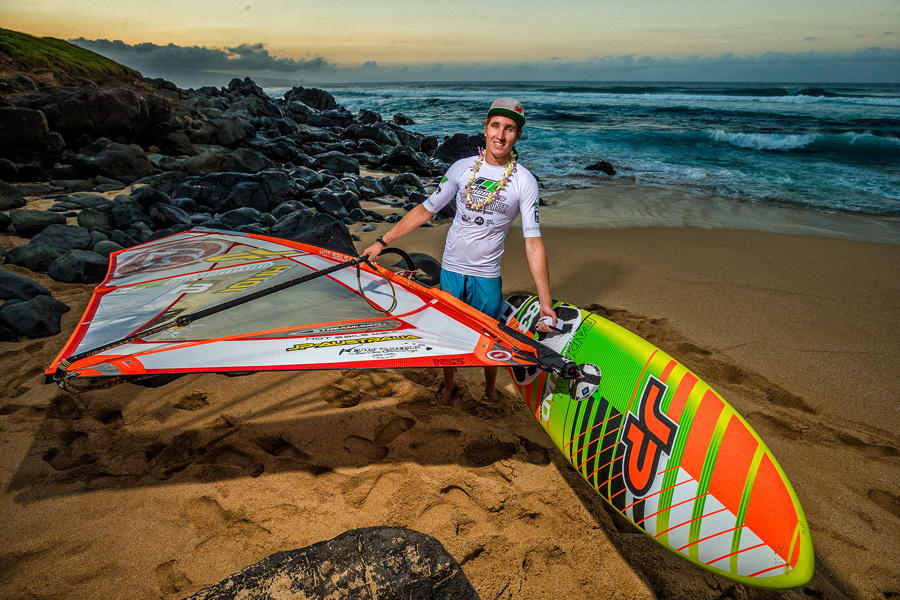 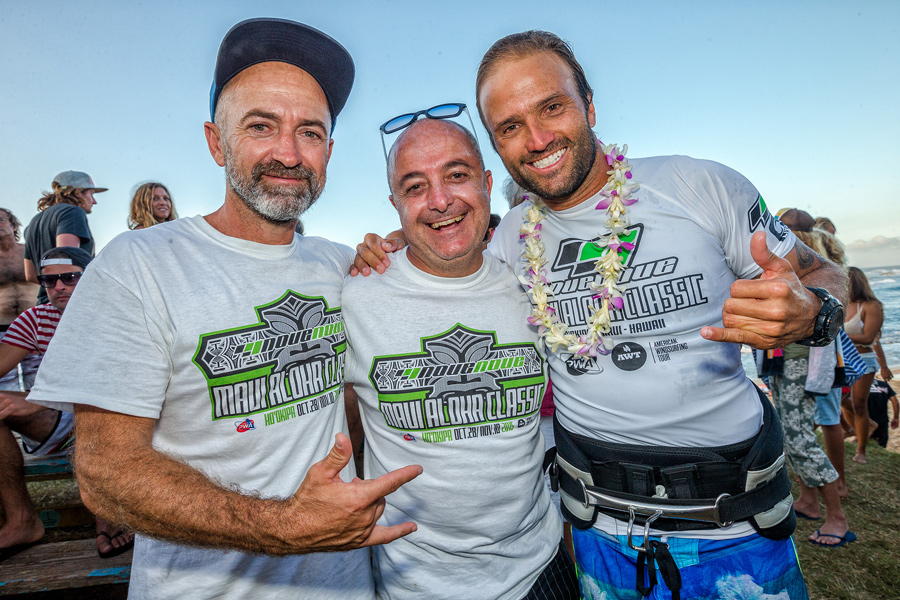