The women kicked off day 2, running heats with solid head to logo high sets. Tatiana Howard from Maui won first, followed by Miho Tanaka from Japan in second, Katie McAnena from Ireland in third, Sam Bittner from Maui in fourth, and Carolina Butrich from Peru in fifth. Tatiana Howard wins “Water Woman” of the day competing in both the SUP division and Windsurfing division taking 1st in both! 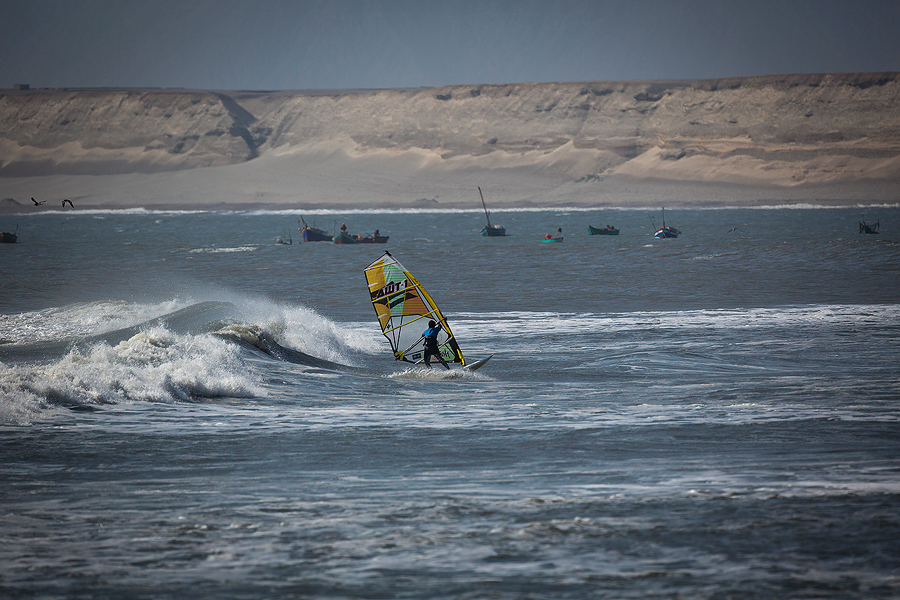 The men quickly got under way starting with heat 10 in the second round. There were many long wave rides, with Kevin Pritchard catching fire and taking the first heat. 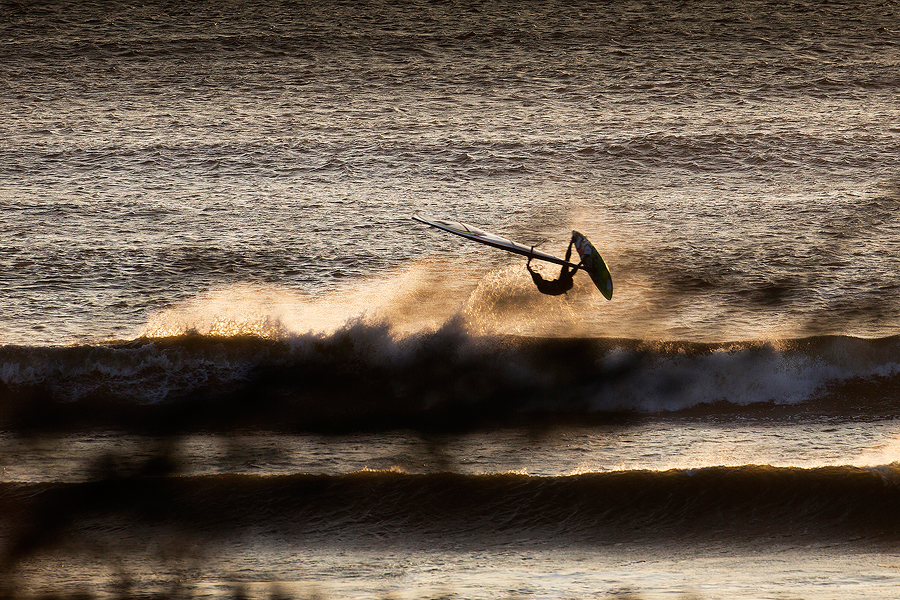 Heat 12 featured Tato Malina, Oscar Cisneros, Tom Juban, and Francisco Goya. The heat was not so windy but the waves were coming in strong. Francisco won the heat, with Tom Juban close behind in second place. Tato performed well and Oscar came in fourth.

The day finished with heat 13. Camile Juban showed a high level of skill completing both a goiter and a taka on the same wave. His ability to connect long wave rides with impressive maneuvers won him first place in the heat. Fabrice Beaux showed excellent wave knowledge putting down strong bottom turns and aerials to win second place in the heat.

The contest ran through the sunset with a strong moon rising on the horizon. That was all we had time for today, but there is plenty more excitement to come tomorrow. Stay tuned! 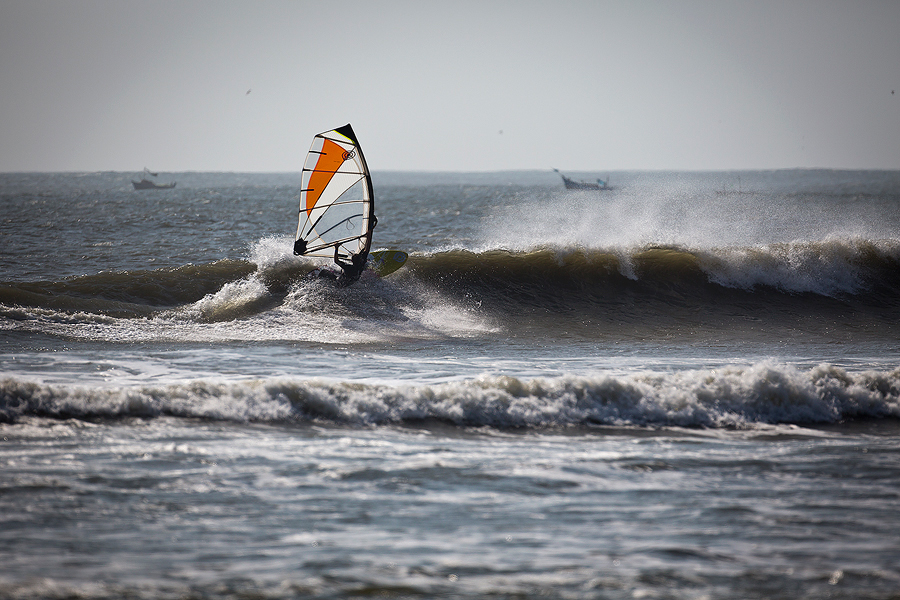 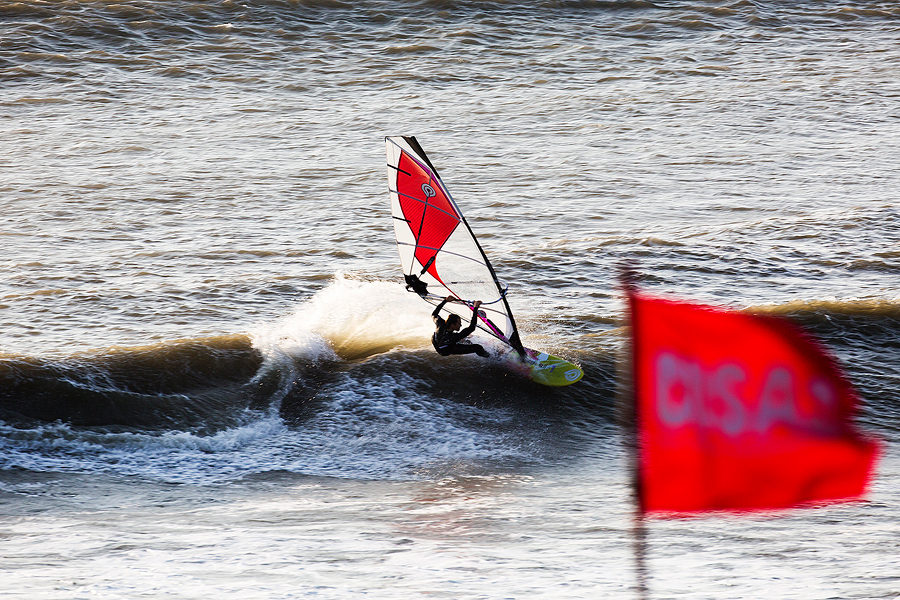 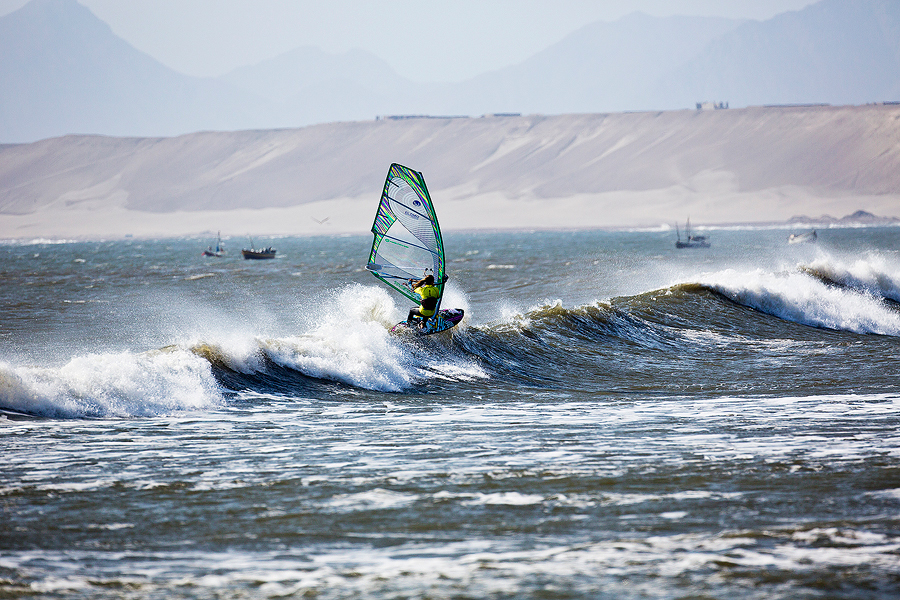 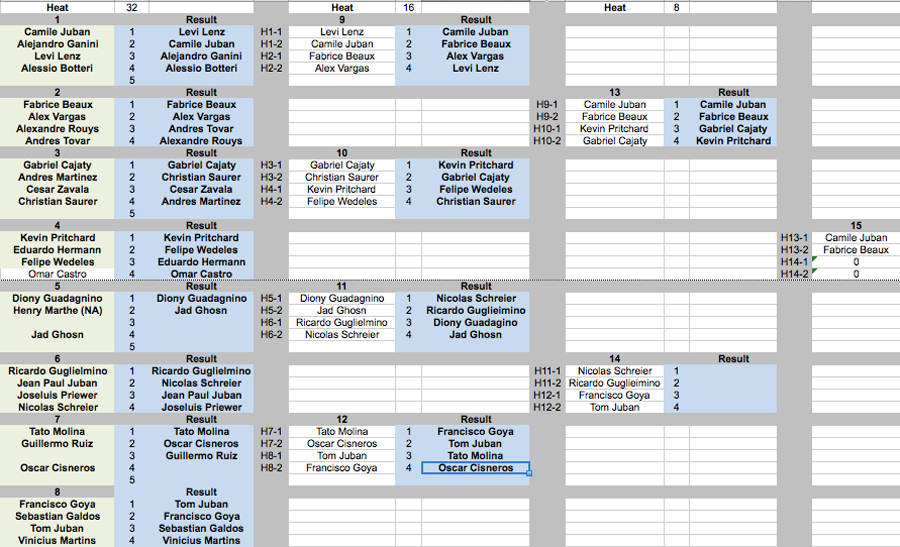