Final Day at the Pacasmayo Classic 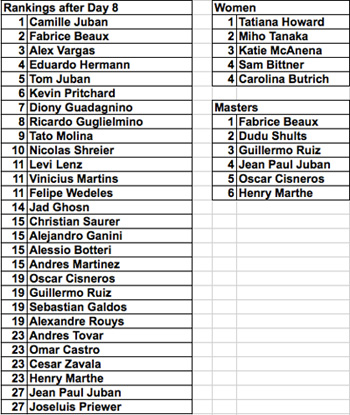 The expected southwest swell arrived, pushing solid conditions for the contest.  With the finals of the kite, SUP, and Long board completed in the morning and early afternoon, we decided to try and finish the remaining heats of the men’s pro division double elimination. We again ran in front of the hotel providing the best venue for judging and also the best possible wind and waves, as further up toward the point the wind was looking super light and too sketchy for the riders.

Athletes who started waves near the point definitely had an advantage, and those who were familiar with the spot were well aware of this. Some of the longer waves saw 15 or 20 turns. Aerials and solid turns were bringing in high scores with the riders using a mix of skills to rake in the points. Wave selection was key as the wind was light.  Catching the wrong wave meant the sailors would be well down wind, and have a long slow slog back upwind to the point. Riders gaining the most points were those who chose their waves wisely, and stayed in the critical section of the wave. It’s very easy here to outrun the main breaking section in search of a bigger chunkier section downwind where you can boost an aerial. That strategy didn’t always work well, as the waves sometimes just faded out, and the sailors were left having missed the opportunity of milking the wave further upwind. 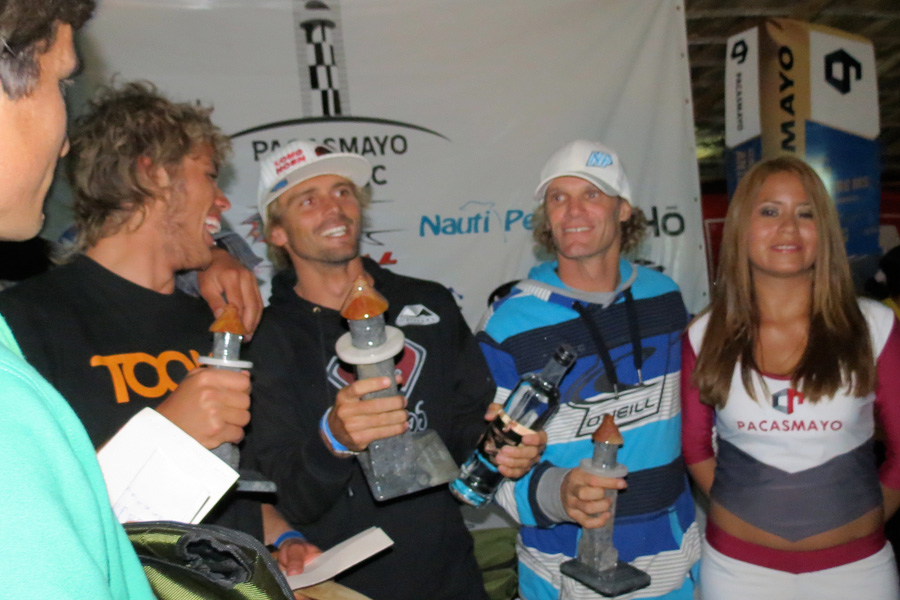 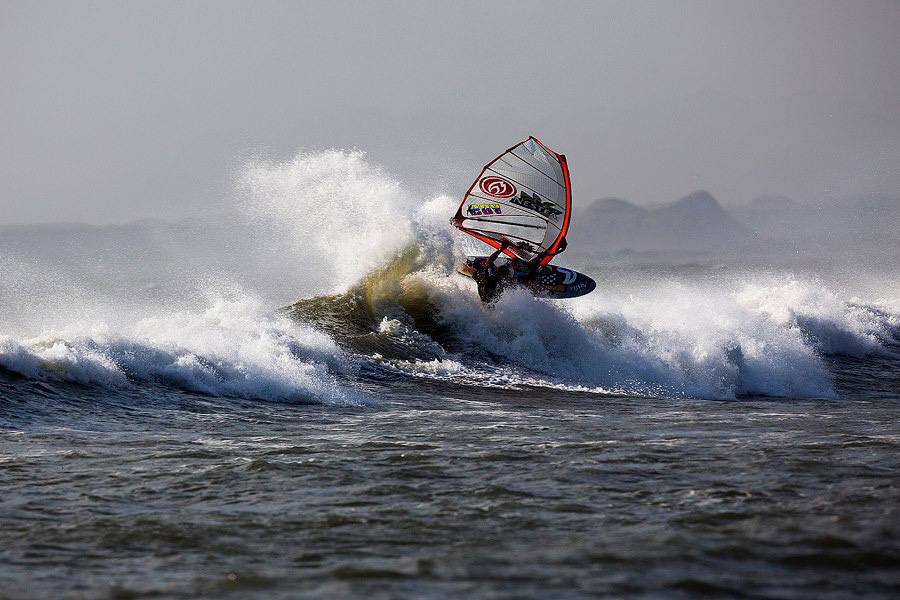 Heat 27: Riders were looking to be as consistent as possible. Eduardo Hermann pulled ahead with a long ride and some solid aerials. Diony also sailed a sloid heat, using the wave with fluid and stylish riding. 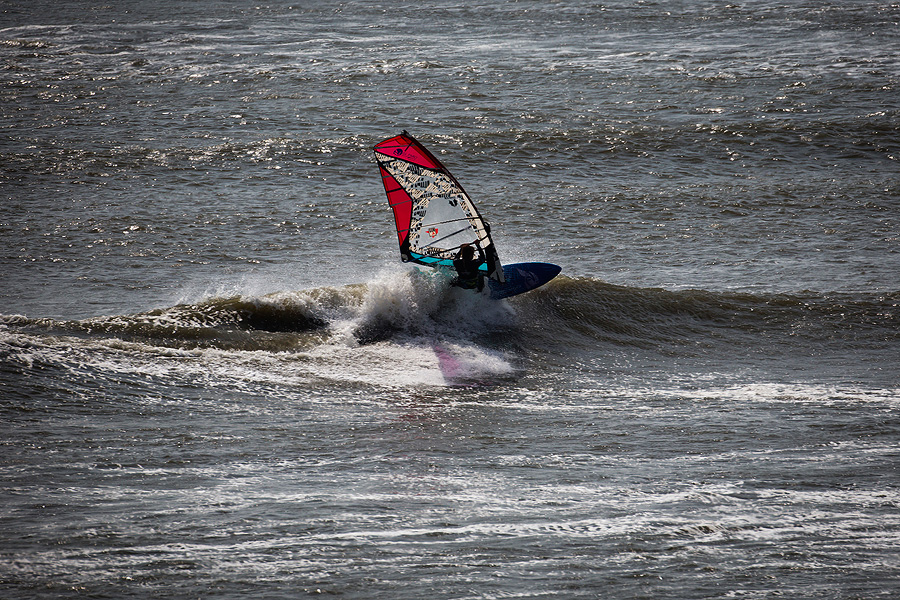 Heat 29: Alex Vargas from Chile pulls through with more aerials and longer waves than the other riders, placing 1st in the heat. There was a tie for second place between Chilean Eduardo Hermann and Maui boy Kevin Pritchard.  Both sailed a really solid heat with Kevin boosting 2 big aerials on one wave. Unfortunately for him, his 2nd wave wasn’t as high scoring. The tie was broken by taking the highest scoring wave from the heat and here is where Eduardo just edged ahead and took 2nd place from Kevin. 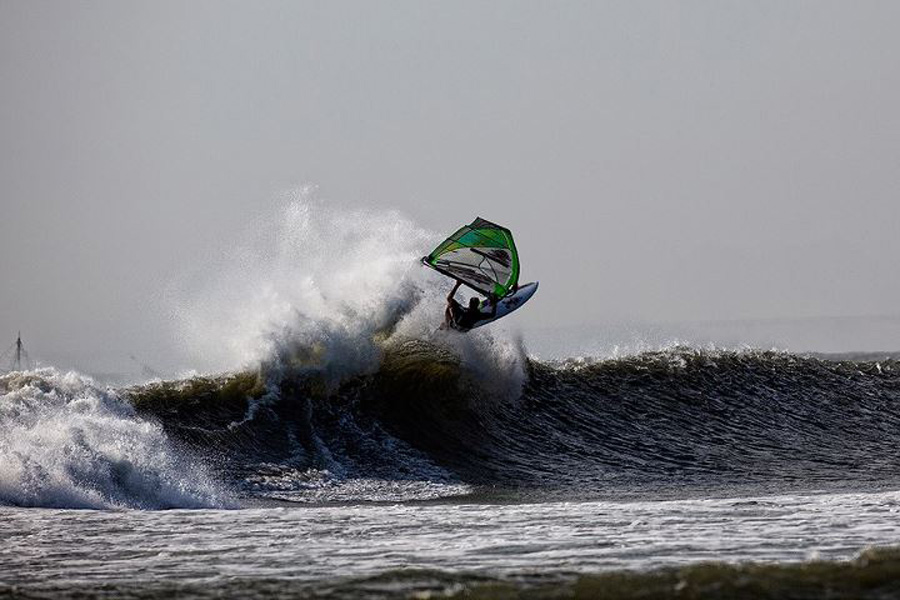 At this stage it was nearing sunset and we only had minutes of daylight remaining.

Heat 30: Heat length changed to 15 minutes with one wave to count so we could try our best to squeeze the last from the day light and finish the bracket.  Tom Juban joined the winners from the previous heat to defend his 3rd place ranking from the single elimination. Tom, the younger brother of Camille Juban and only 15 years old had impressed everyone during the week of contest. In the single elimination final he gave Camille and Fabrice a serious run for their money and was proving that he is a force to be reckoned with. The heat was very close with all 3 riders waiting to catch the longest set wave they could find. Alex Vargas was on fire and pulled off the best wave moving him ahead into the next heat, passing Eduardo into 4th overall and a disappointing 5th for young Tom .  He then joined Fabrice Beaux in the final heat of the contest in the battle for 2nd place.  The sun was setting and in the end it was Fabrice with the best wave, defending his 2nd place ranking.  With the sun down and insufficient light for judging we were unable to run the final and results stayed with Camille Juban in first.

The closing party was hosted by Jaime Rojas of the El Faro Resort.   Pacasmayo girls joined in on the fun and we had traditional Peruvian fried doughnuts, ceviche, and Pisco Sour drinks.  Smiles all around as the awards were presented.  The AWT has been invited to come back again next year and we are all looking forward to the Pacasmayo 2013! 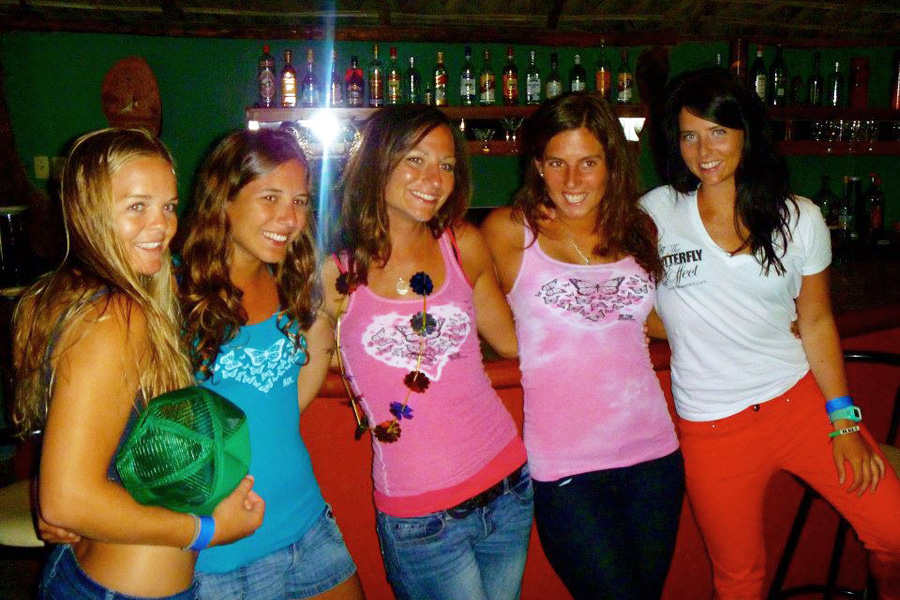