The spectacular Aloha Classic 2018 Pro Men Finals day will go down in history as the year of the radical aerialists.

The top 3 riders on the final Men’s podium all completed extraordinary 360 aerial moves as part of their wave riding repertoire to edge ahead in a wildly competitive field. The Pro Men’s Winner, Camille Juban from Guadeloupe (previous Aloha champion from 2011) won with the most radical aerials and the best carving wave riding to utterly dominate this year’s final. The intense Women’s field was conquered by last year’s Aloha champion Sarah Hauser from New Caledonia with her powerful gouging top turn riding pushing the standard of women’s wave riding even higher. 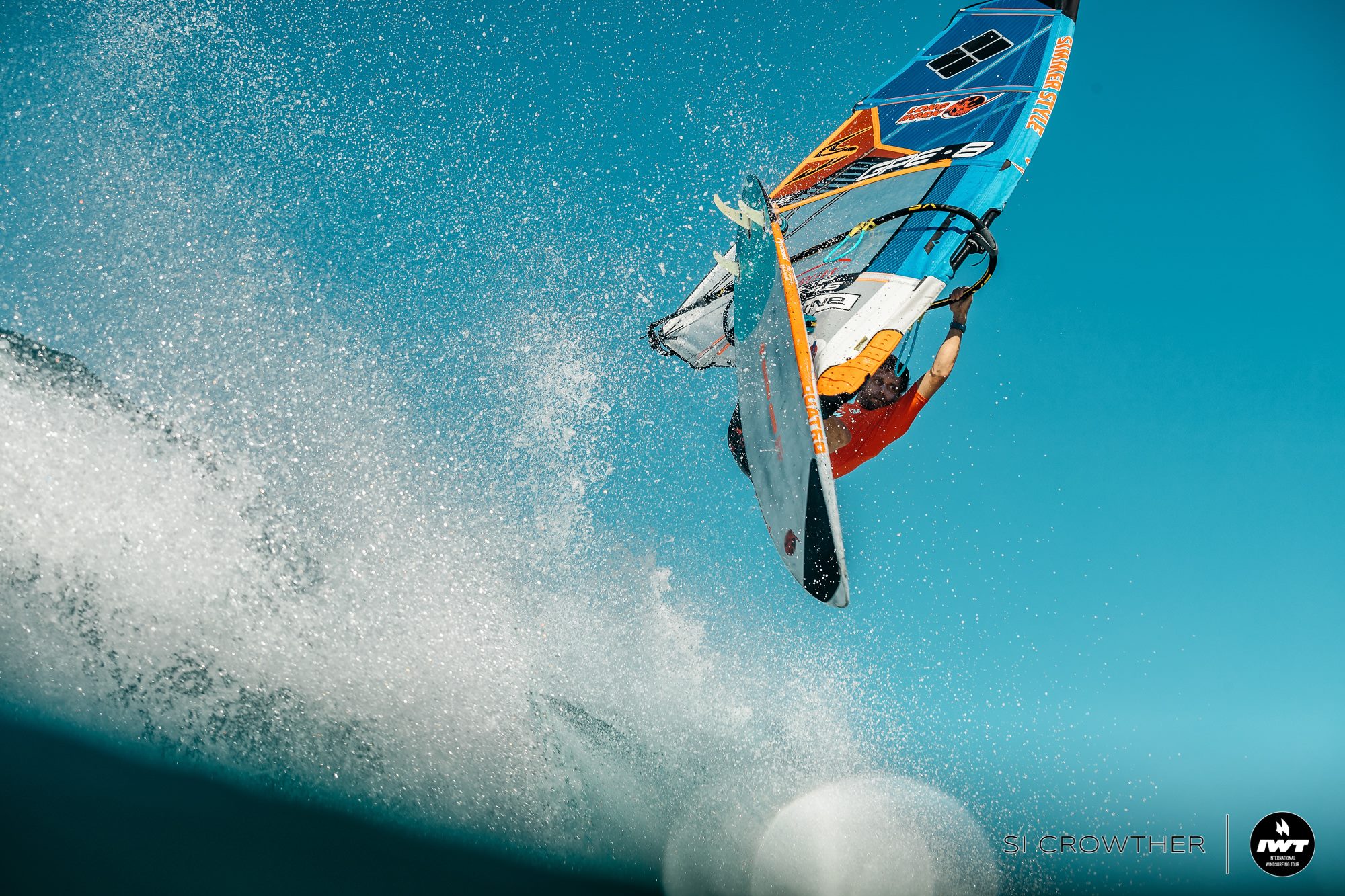 The day was one of major innovation on the way to the elite final four of the Pro Men’s bracket. The Highest wave score of the day was a full 10 from all the judges for Antoine Martin’s innovative NO-handed goiter. Landed perfectly. Planing. Never before performed in a wave riding contest anywhere on earth, this move blew away the seasoned head judge Duncan Coombs. This was followed by Martin’s giant and perfectly landed one foot aerial. This was Antoine Martin’s day and it had been a long time coming for this man who seems to crash as much as he sails to perfect these crazy moves. How he is still in one piece is beyond us all.

This level of innovation took many Ho’okipa legends by surprise this year.

Three time Aloha Classic champion and wave ripping global guru Morgan Noireaux made the final four with a stunning display of power and flow and big wave carve savagery but even he, with his insanely impressive skills, didn’t quite have the super radical and innovative air game to match his three fellow finalists. Morgan was tearing up giant set waves with stunningly smooth lay down bottom turns and massive powerful top turns in the pocket and under the lip but it wasn’t enough. How could this be? He too pulled off goiters and one handed aerials but, this year, it really wasn’t enough when pushed by the three most innovative riders of the day: Juban, Martin and Ezzy. The playing field shifted. 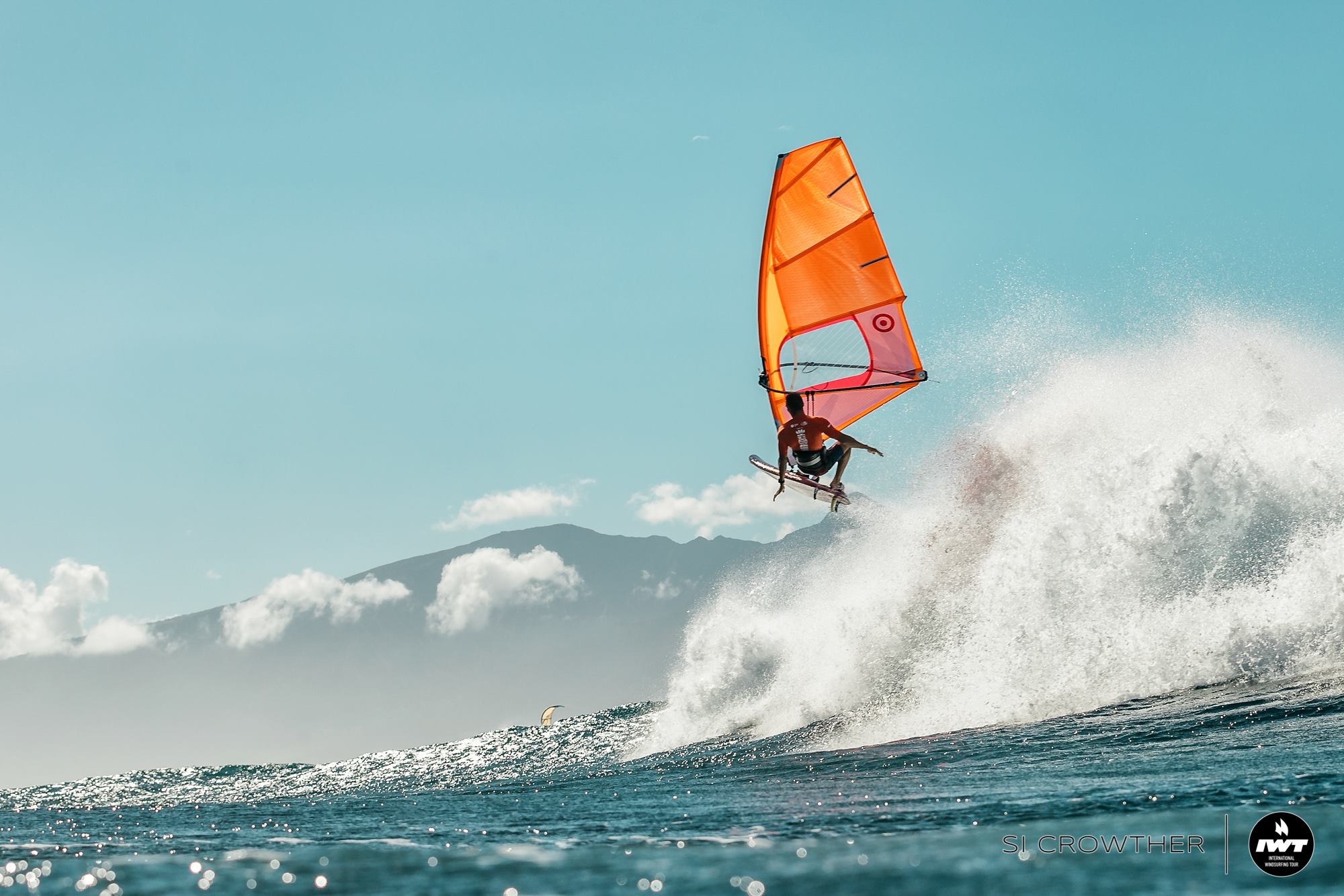 Other global wave riding luminaries Boujmaa Guilloul, Marcillo Browne, Levi Siver and Robby Swift were all devastatingly good to reach the semi finals but what they weren’t was innovative. Not this year. They all ripped savage, stunning, intense, top turns, all threw mega buckets of snow, all flew giant aerials down the line, Browne, Siver and Swift all pulled sweet goiters at various times in their run towards the top but none could quite match the extraordinary flare of the final four. This really was a new dawn for the discipline of wave riding and it will long be discussed, for better or worse, as a turning point. Many will argue that the classic ripping surf style was not given it’s due in the scoring. Others will welcome the challenge and rise to the new level set by the final fab four. Whatever side of this people see, it was spectacular and it was transformative and it will never be forgotten. 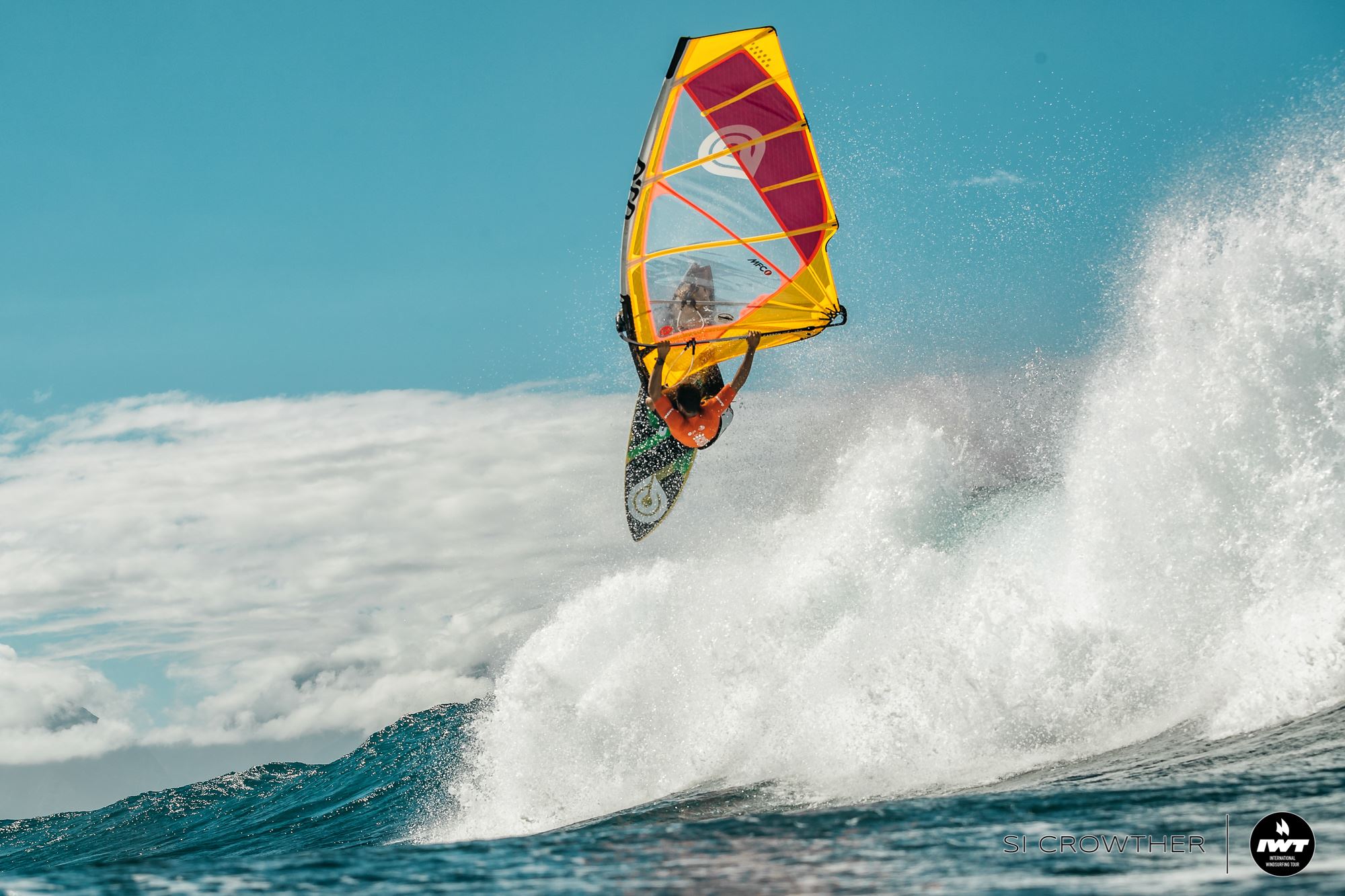 The Pro Women’s field was less innovative on a move by move basis but the standard of power wave riding was, once again, pushed higher than ever before. Every year the Women’s standards at the Aloha Classic, like the men’s, pushes higher in the innovation cauldron that is Ho’okipa. Bottom turns are more laid down, they’re smoother, faster. Top turns gouge deeper, tighter, more vertical, more plumes of snow. Every year the women look more powerful. Every year Ho’okipa offers the canvas for the best women wave riders in the world to strut their stuff and this year the standard pushed so high that two major names didn’t even make the final. Last years runner up, Tatiana Howard from Maui, just couldn’t find the flow or the best set waves and was relegated to =7th overall along with the rapidly improving ripping skills of Italian style queen Sabine Zola. Maria Andres from Spain, who has been stunning the IWT all year on tour with her powerful, fast flowing style also didn’t make the final and ended up in =5th place along with another Italian up and coming ripper Annamaria Zollet.

The top four Women who had fought so ferociously to reach the pinnacle this year opened their final with such a flurry of fast and furious waves that the judging tower was going nuts with activity to keep up. It was one wave after another of speed, hits, aerials and all-round shredding. Waves that only last year would have scored an 8, this year were relegated to high sixes to make way for the higher standard. This was a huge leap for power wave riding and the judges loved it. 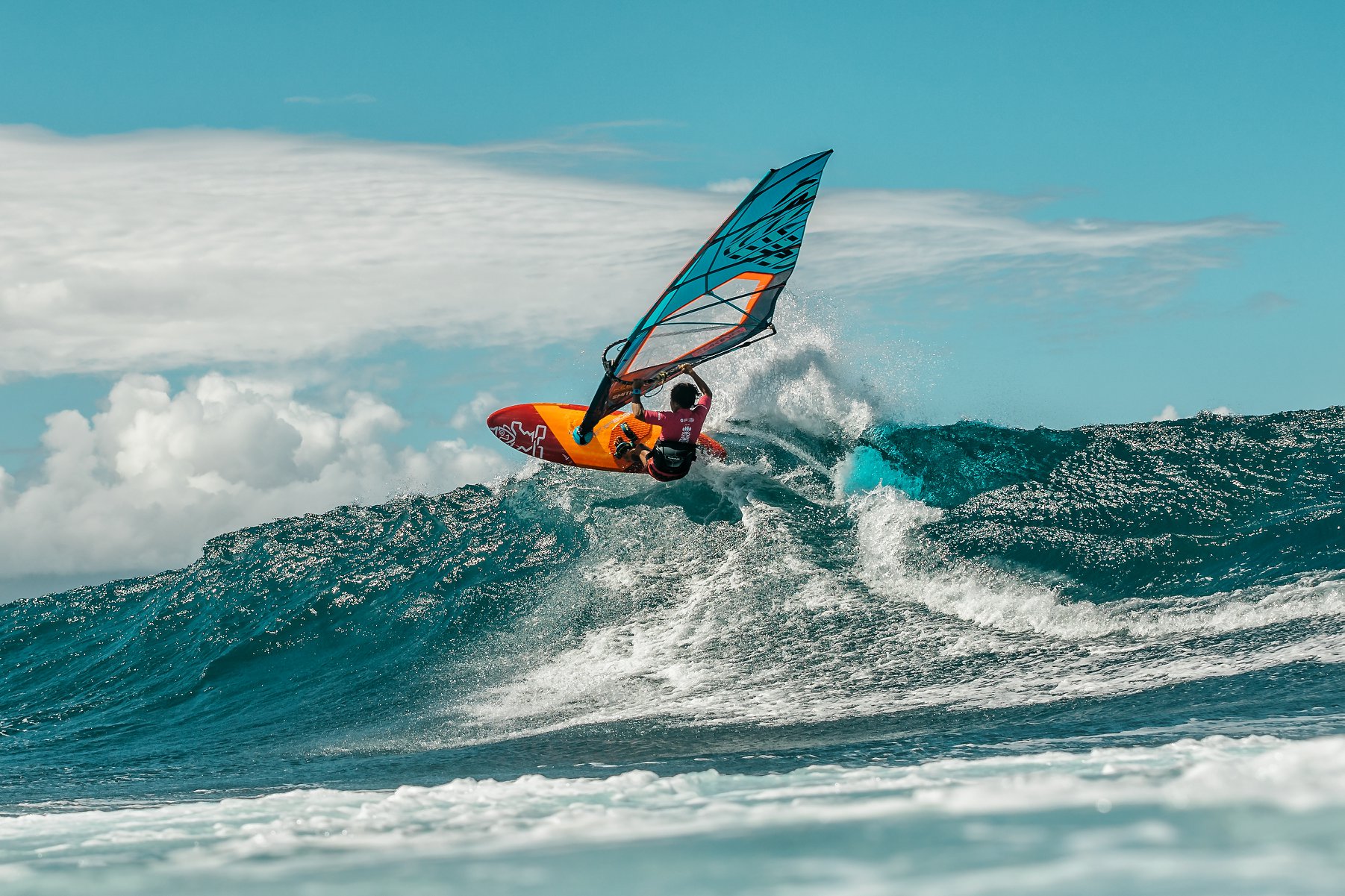 Motoko Sato from Japan, and past Aloha Classic Champion, was attacking the set waves with fearless charges at big heavy lips for very powerful hits that took her back to the bottom of the wave and ready for more. Sato took second spot with her daughter watching on. Angela Cochran, long time Maui local, no it’s never polite to ask a lady her age, was again out to show an old aphorism to be apt: “true grit never gets old”. Angela took 3rd. Shawna Cropus, from Canada originally, managed to dash down to the beach while her son was at school to make the final and shred powerful bottom turn top turn combos to pick up 4th spot. Both she and Angela couldn’t stay long after their heats. Had to pick up the kids. Legends. That’s right, three of the top 4 finalists at the Aloha Classic are mums. How cool is that. 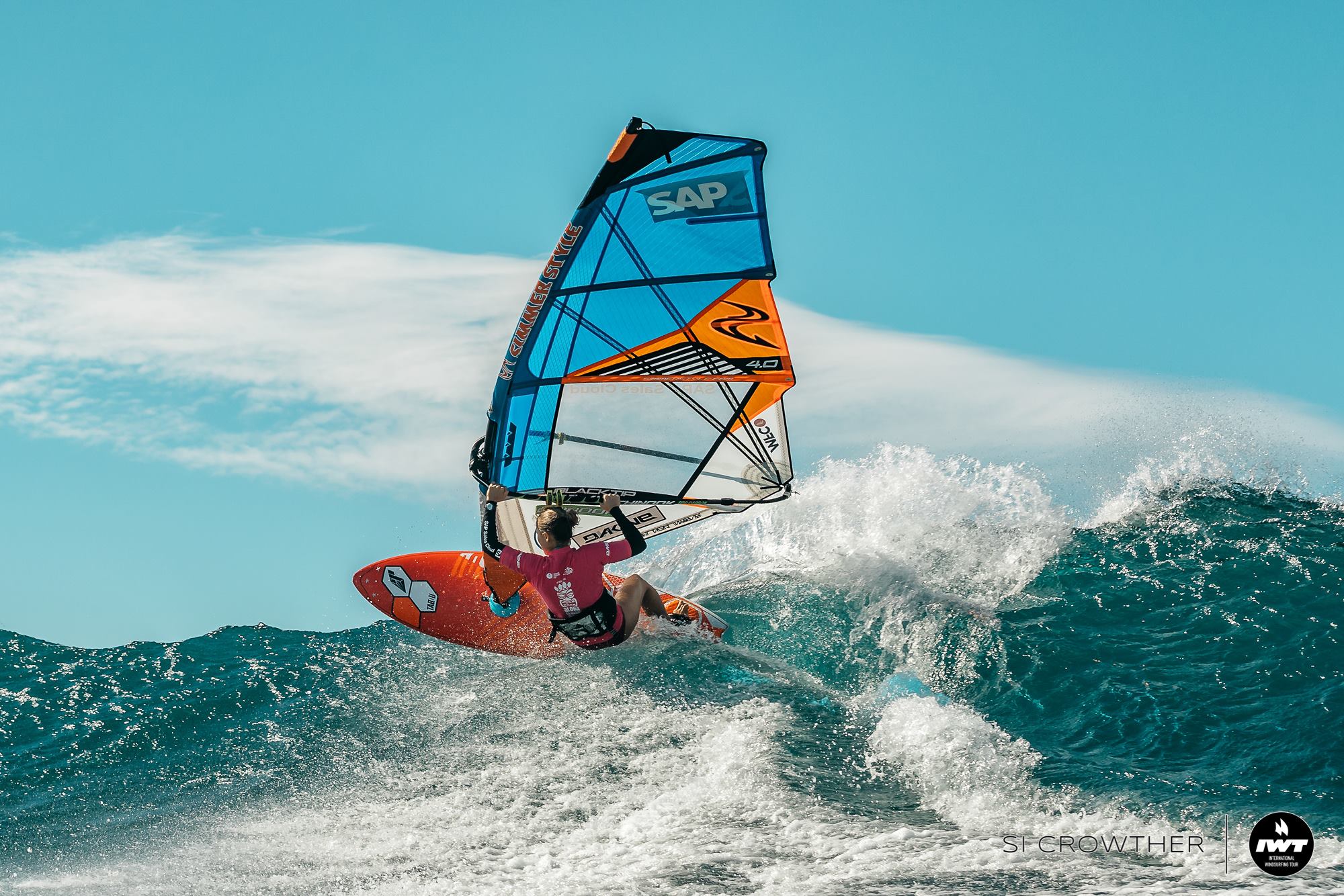 Amongst all these great performances, the stand out rider was last years’ Champion, Sarah Hauser. Sarah has been laser focused on tightening the arcs of her top turns for years. She tests every kind of board shape, every kind of fin and fun set-up, she pushes her body in training all year, she is a wave-obsessed wild woman and the result are obvious. She can perhaps now lay legitimate claim to be the dominant wave rider on planet earth with two consecutive titles here at the prestigious Aloha Classic.

After the intense action of the Pro Men and Women’s finals, the contest shifted gears and moved to the first round of the youth to close out the big day. The first heat saw Jake Schettewi steal the show. There will be much more reporting on this young gun in coming days. For now, just know that he may be an Aloha Champion very soon. 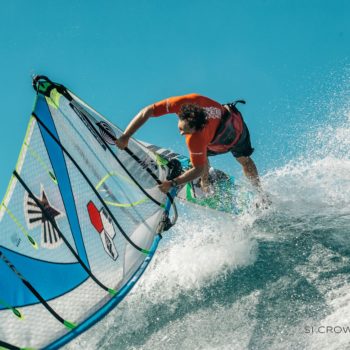 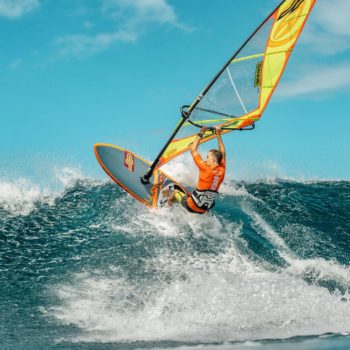 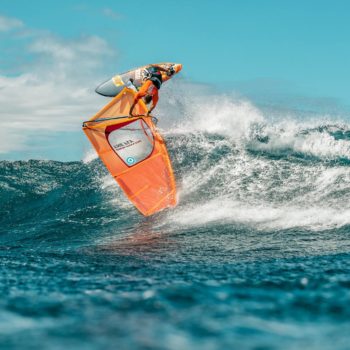 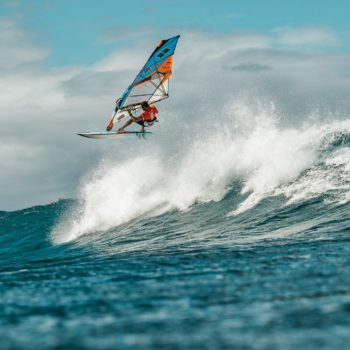 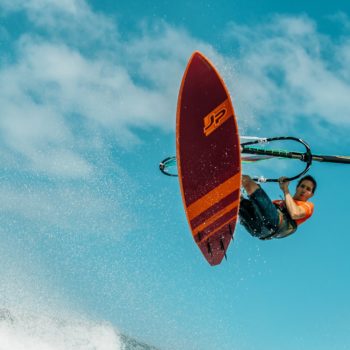 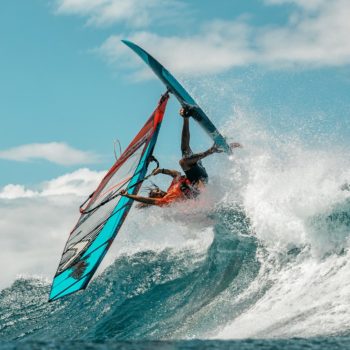 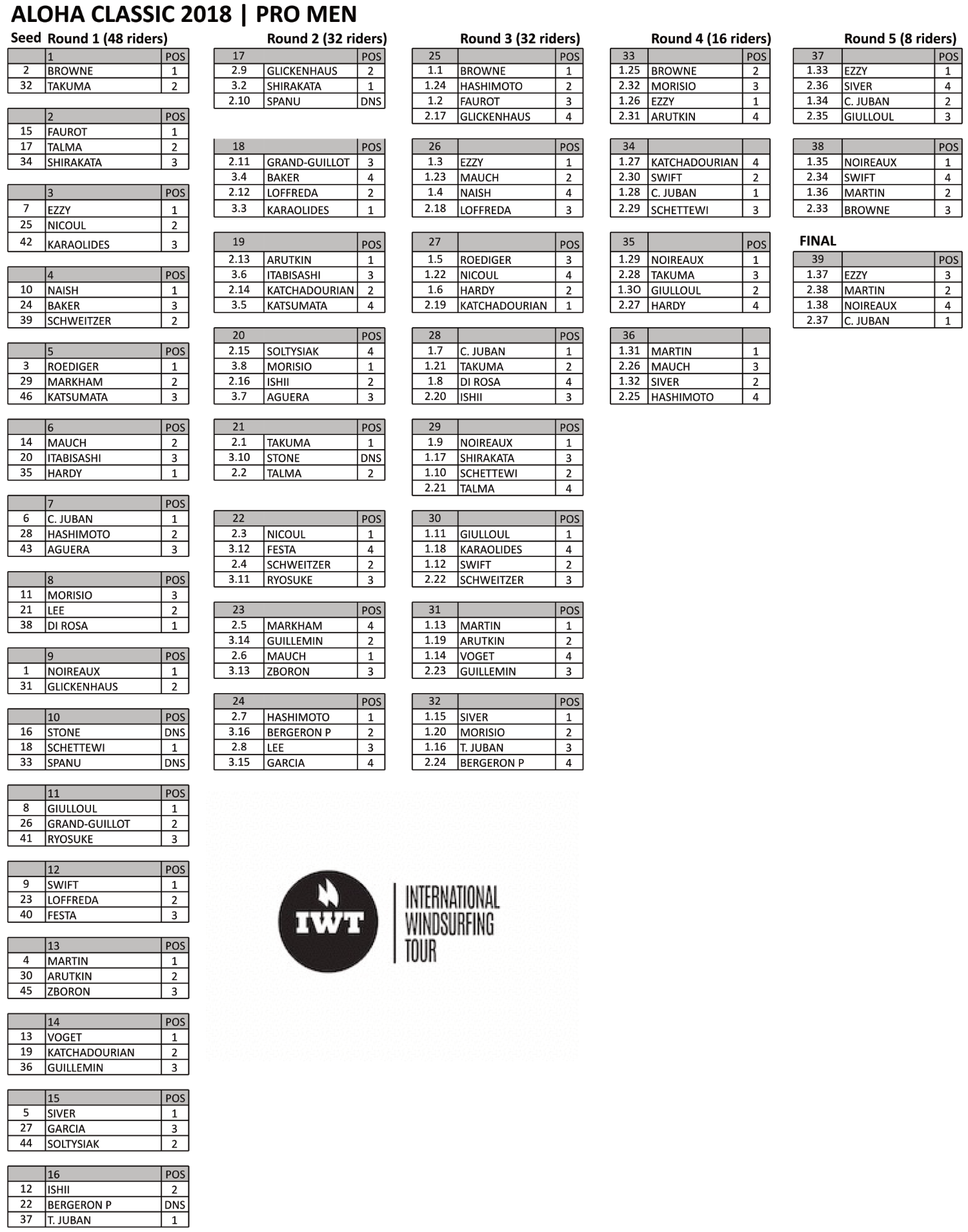 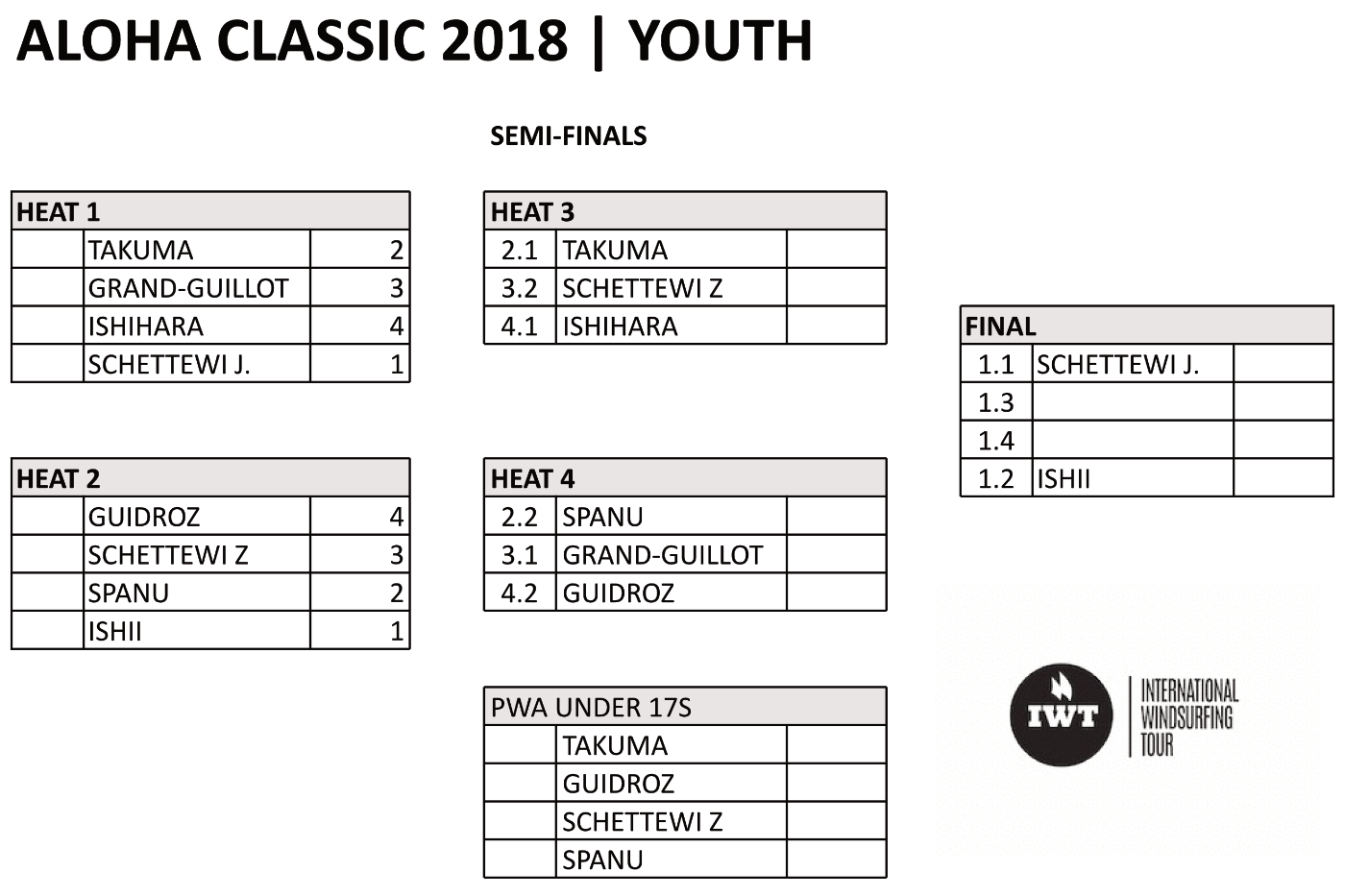 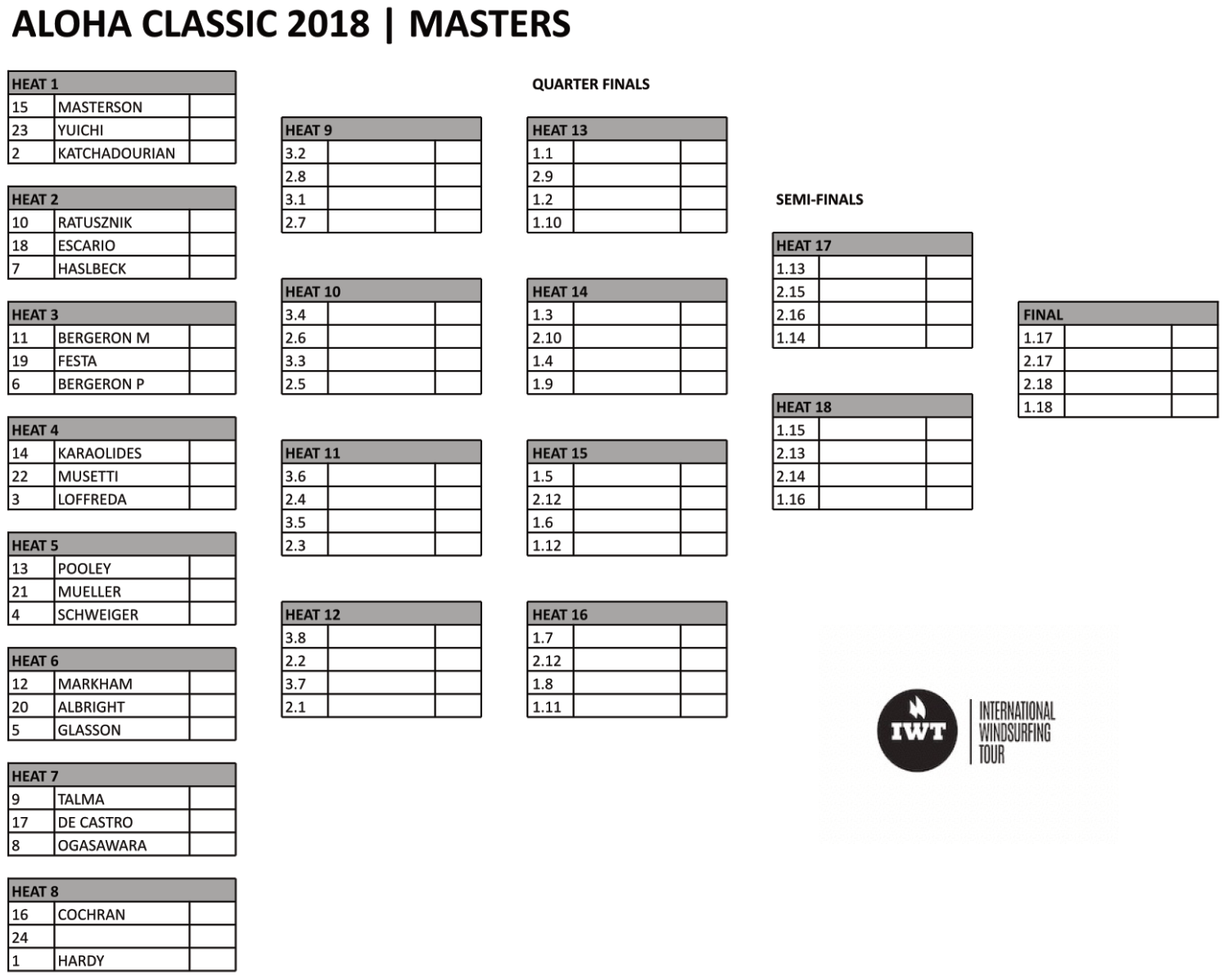 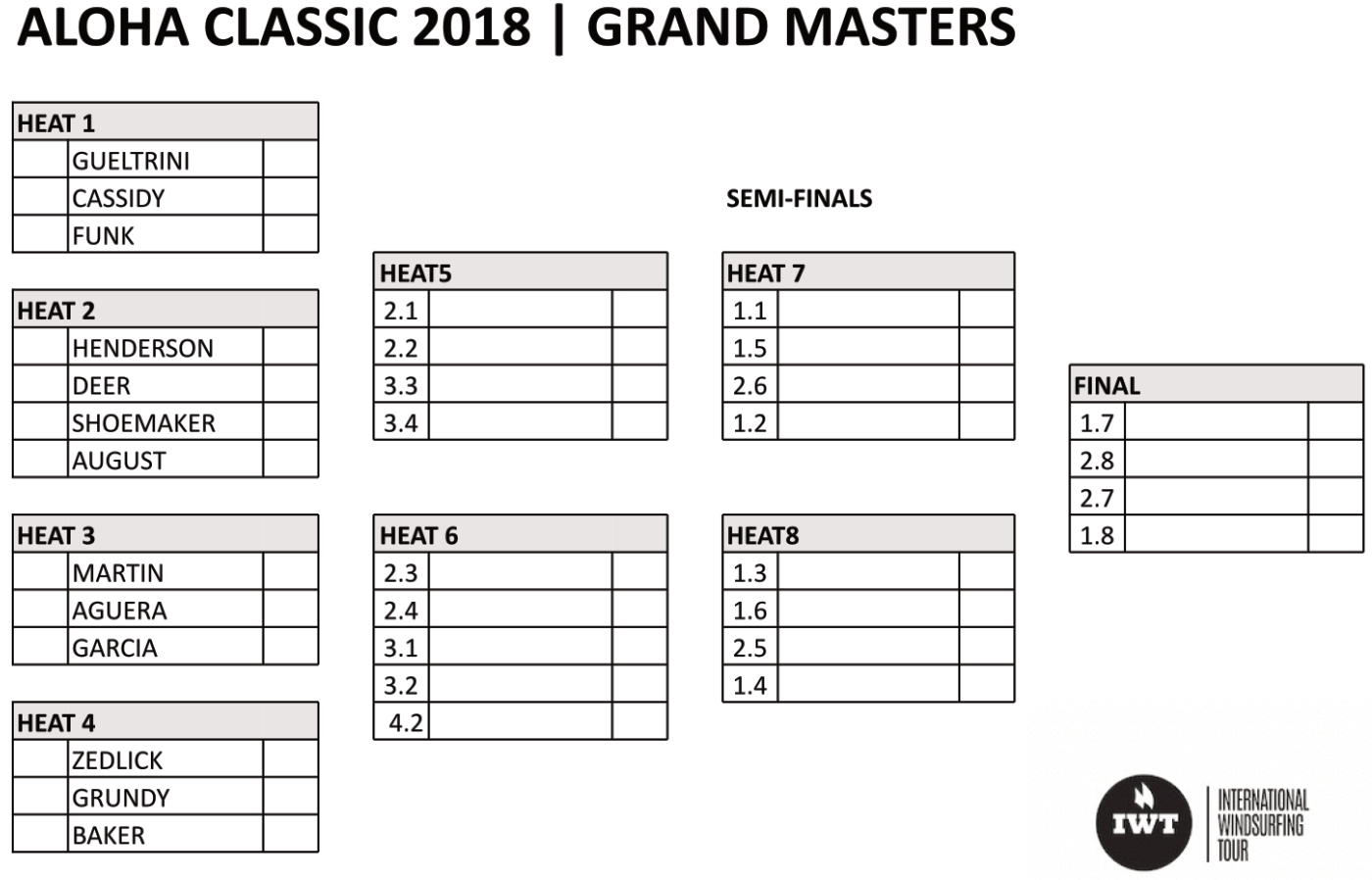