With results in all divisions it was an intense and long day for sailors and judging crew alike. The day began with the amateur riders charging through the first round and some high scores from French sailor Benoit Coulon and Australian Simeon Glasson both scoring 9’s for their best waves in the round. Both went through the first round and semis to the amateur final where they met Mike Colee and Roman Ratusznik. The final saw Benoit struggle to find great waves like earlier heats, Roman and Mike traded waves in a close tussle but it was Simeon who took more waves with higher scores to take the win comfortably. 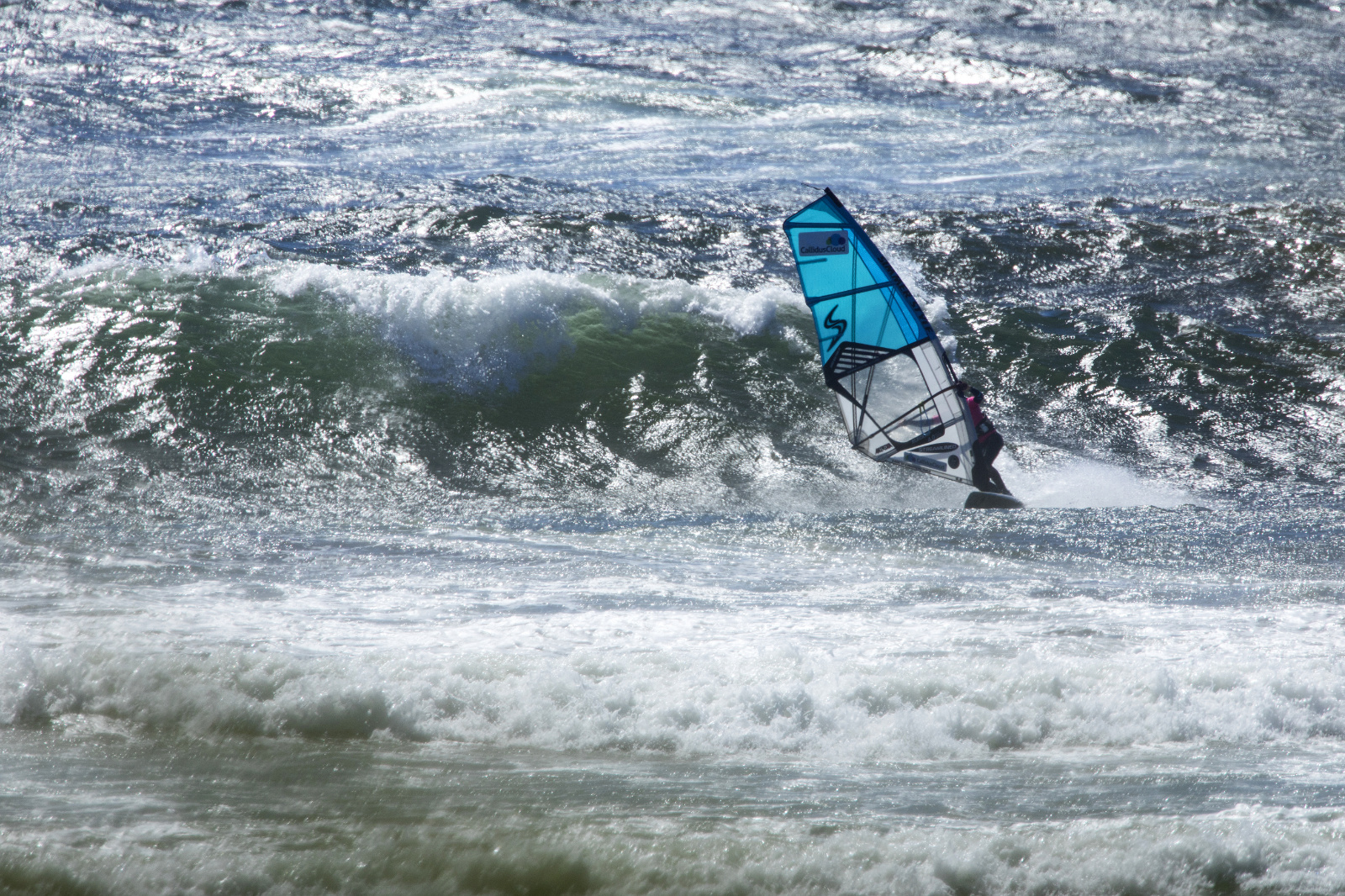 Women had another heat to follow on from their one heat from the previous day. Aloha Champion Sahah Hauser from New Caledonia shone through as the strongest rider scoring 6.0’s and 7.5’s. Close behind was relative newcomer Sabine Zola from Italy who was riding well scoring 5.5’s. Rounding out the fleet in 3rd place was Cecelia Tolley from Canada who sailed well in the challenging conditions catching several impressive over head high waves. 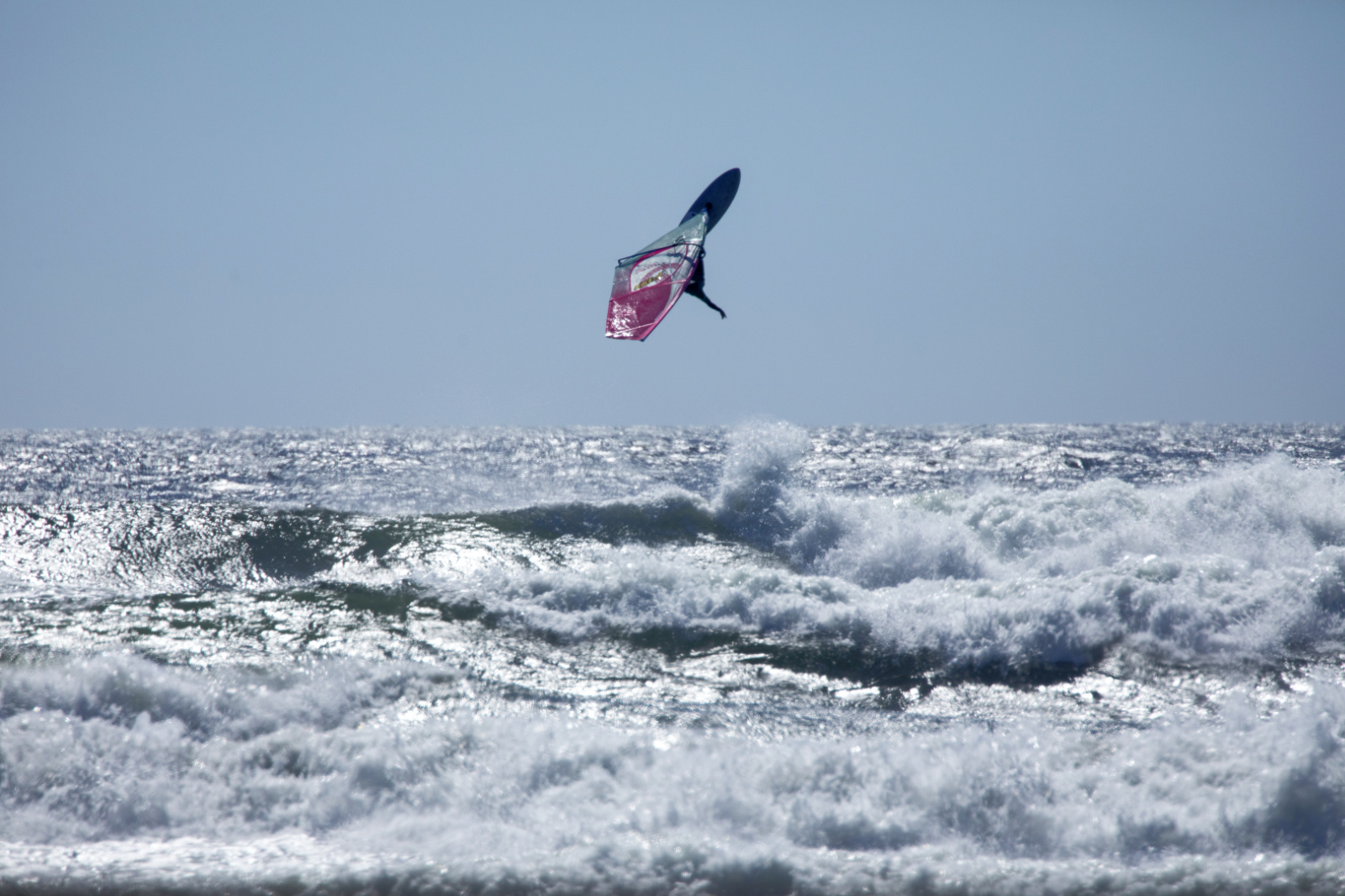 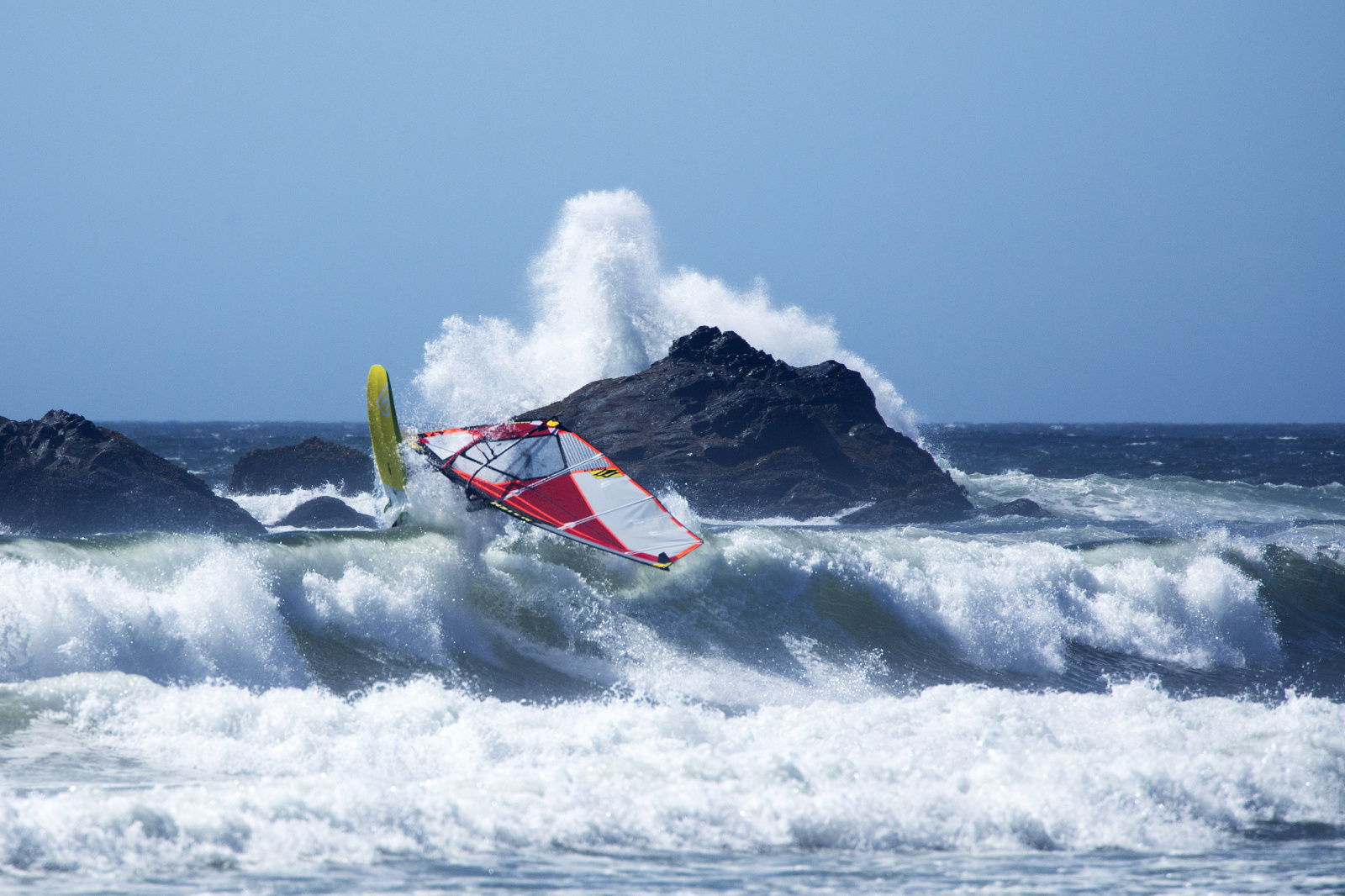 Next up was the main event the Pro Men’s Final consisting of four of the best wave riders from around the world: three time Aloha Champion Morgan Noireaux from France and Hawaii; multiple Pistol Champion Boujmaa Guilloul from Morocco; The French Connection from Guadalupe Antoine Martin; and local Oregon shredder Nathan Mershon all tore it apart to the delight of the crowd. Morgan wowed the crowd with perfectly timed bottom to top turn surf carving on incredibly well chosen clean waves. Boujmaa blew everyone away with a truly massive one leg back loop and perfect landing. Antoine threw up a beautiful one hand back loop, not as high or perfect as Boujmaa’s but a great move. Then it was Nathan’s turn with a back loop almost as high as Boujmaa’s with an even more perfect landing. Morgan had a huge back loop as well but it was in the two minute transition time before the heat. The end of the heat saw Boujmaa coming out on top with a tie break to separate second and third meaning Antoine claimed second spot ahead of Nathan, while Morgan took 4th largely thanks to having no big jump in the heat window. 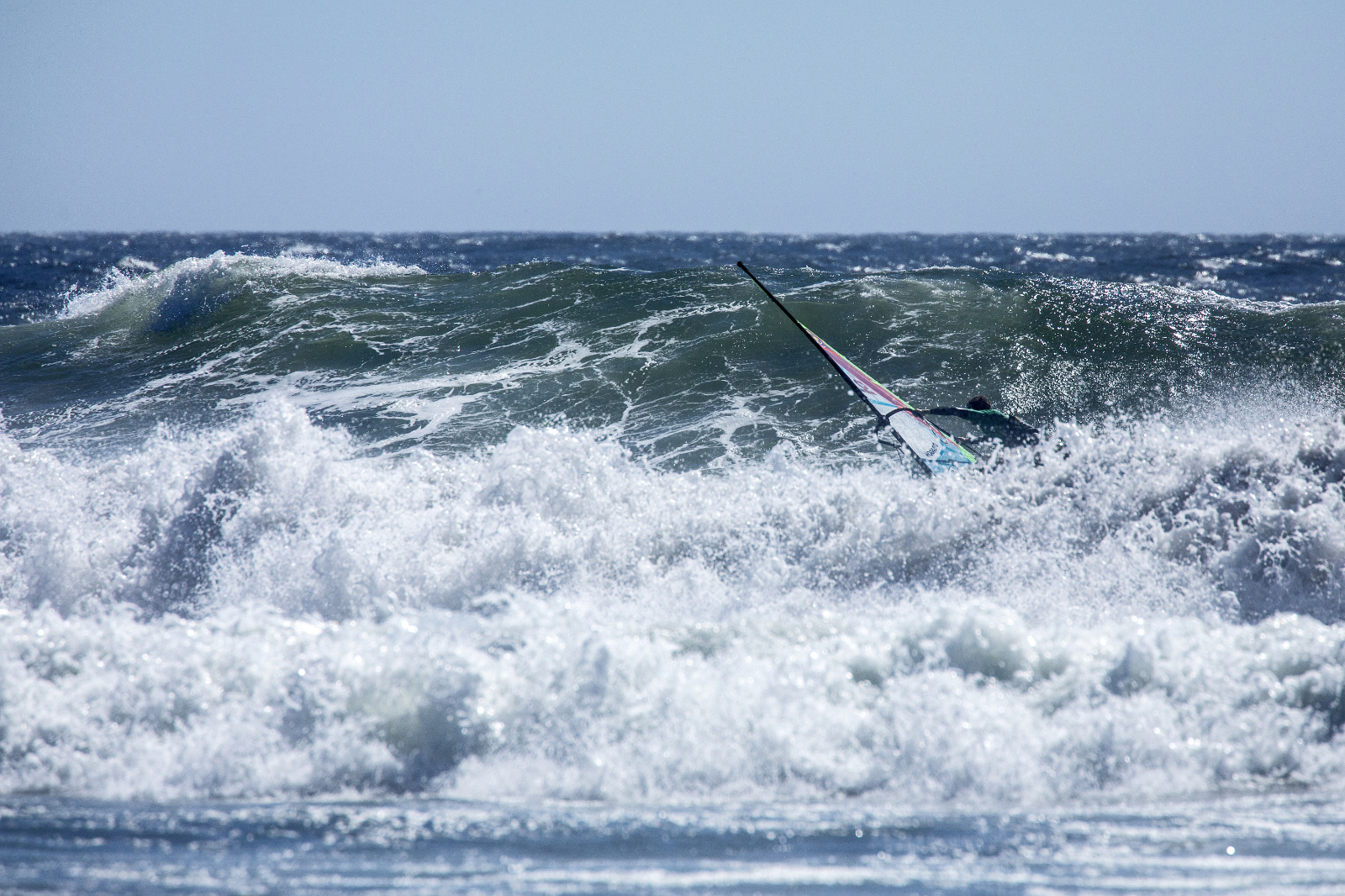 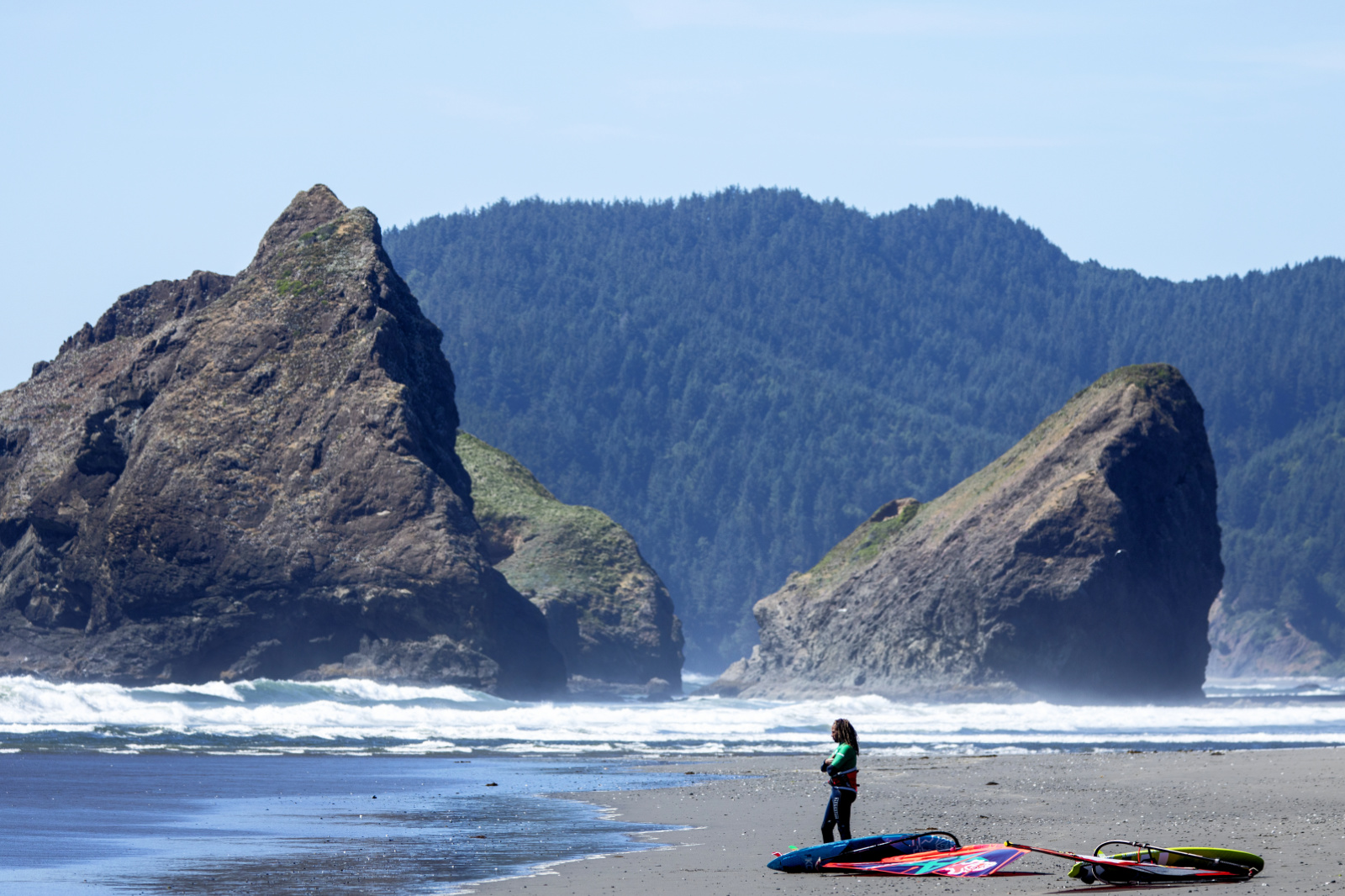 Following a one heat break to hold the podium for the Amateur, Women and Pro Men champions, contest continued straight back into Grand Masters and Masters heats.

Grand Masters tour newcomer Pali Gueltrini from Italy was on a mission to prove himself and he did just that by taking out first place among the legends of the IWT Grand Masters forcing local legend Dana Miller into second place, Scott Shoemaker into third and Mike Colee in 4th.

The Masters divisions had a very tight battle between Ferdinando Loffreda and Simeon Glasson who were dueling wave for wave through the heats with Roman Ratusznik pushing hard but unable to reach the other two. In the end it was 2 judges to 1 in both heats who placed Simeon just ahead of his mentor and coach Loffreda. 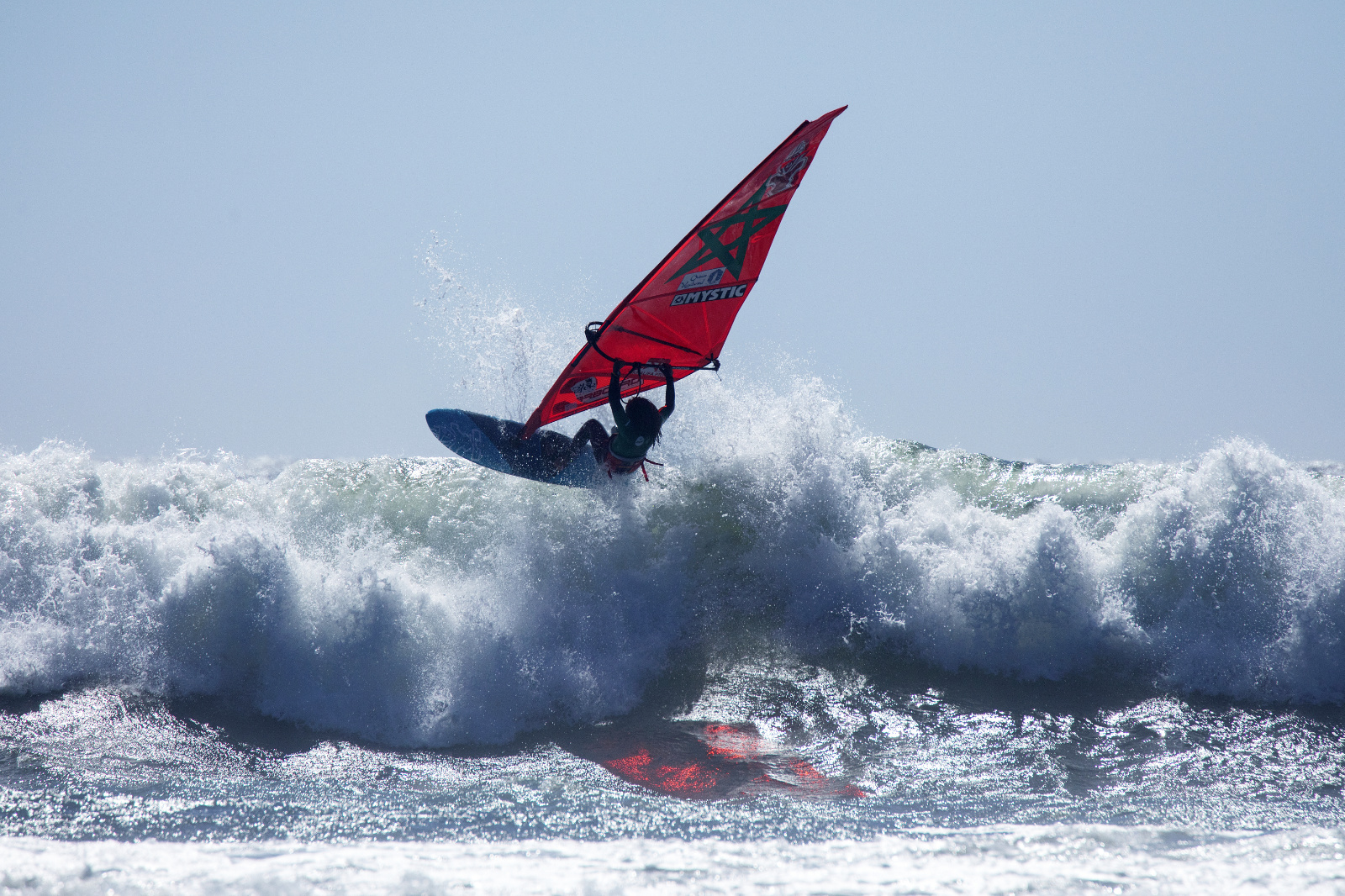 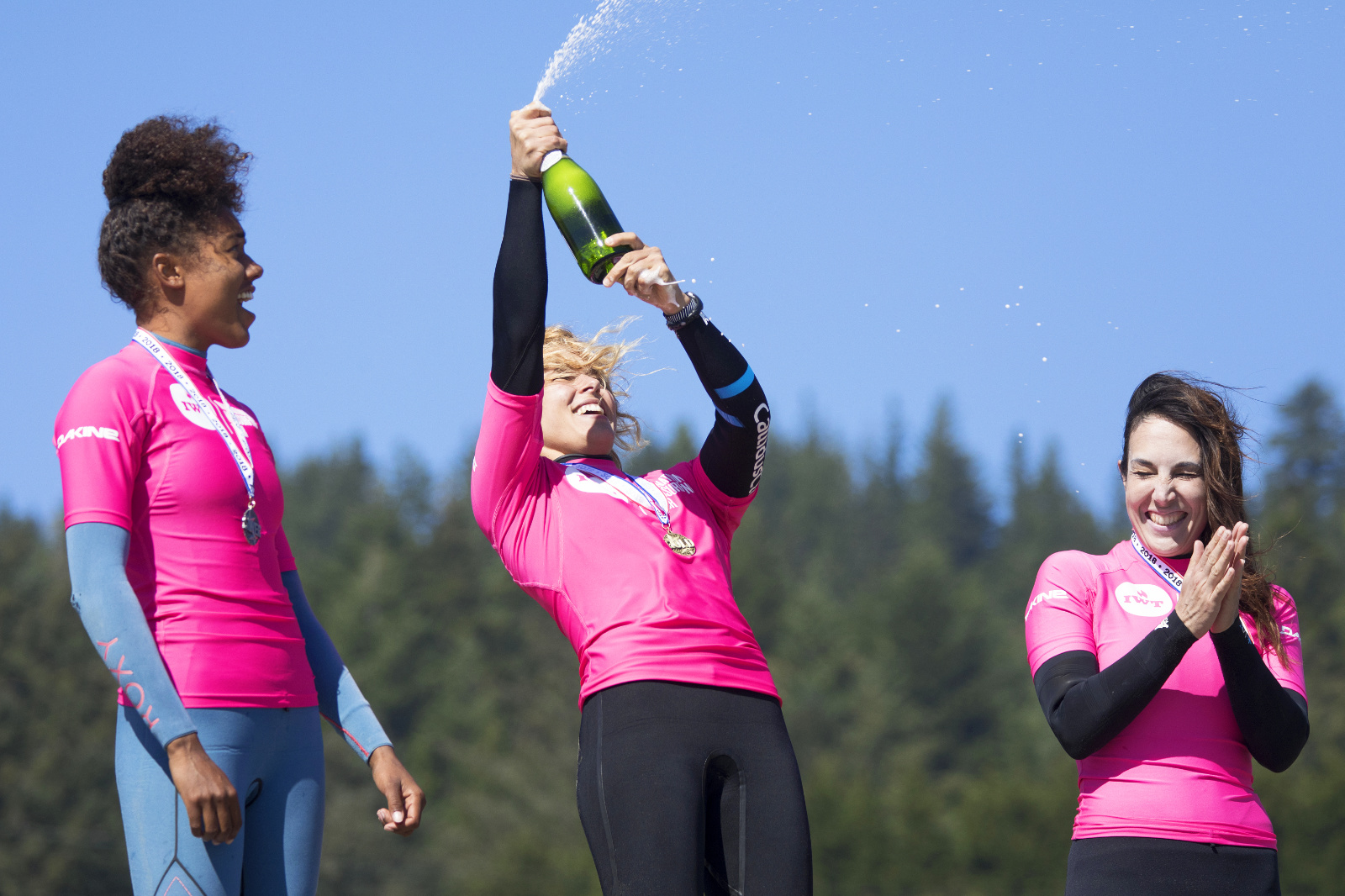 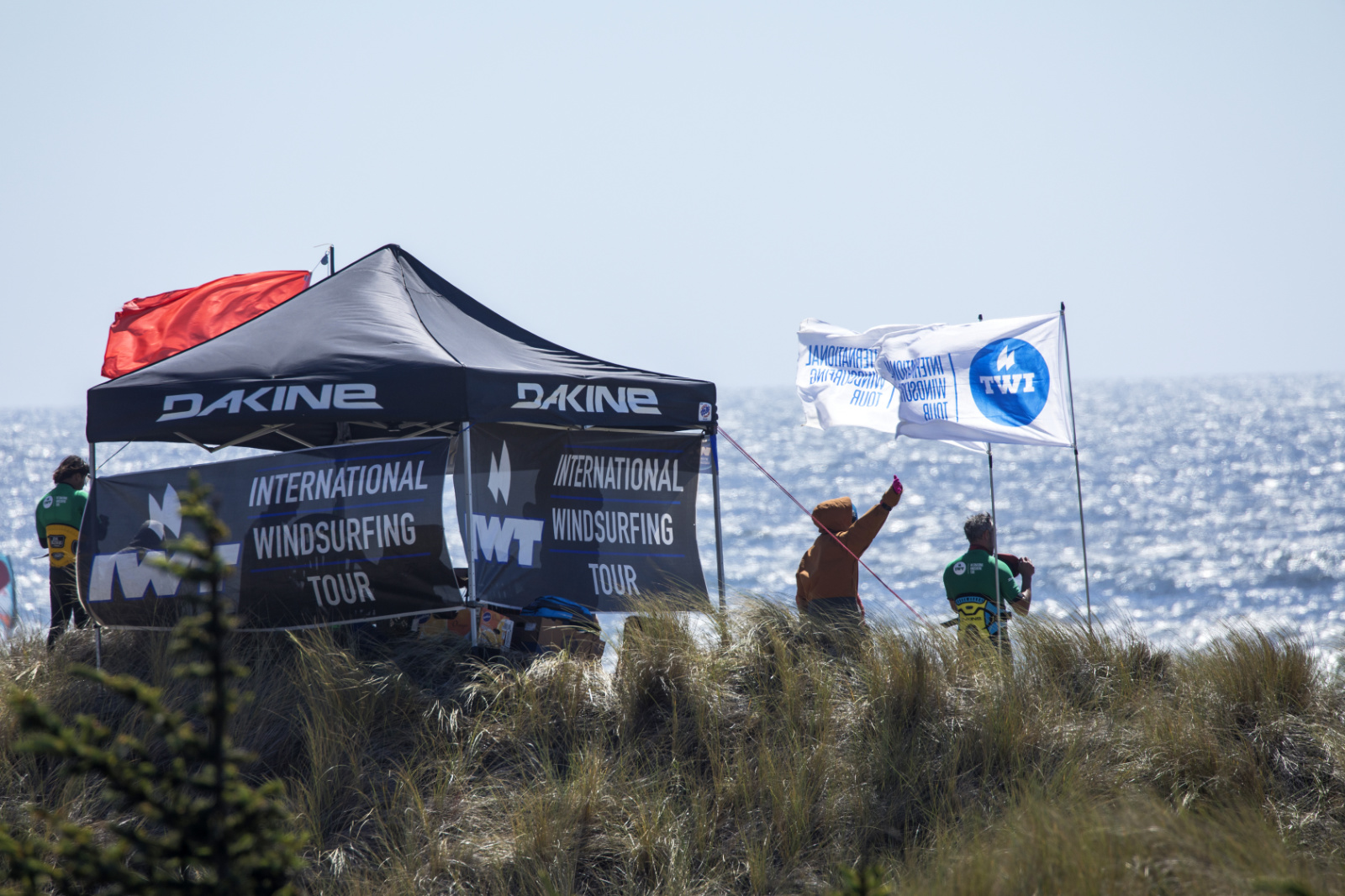 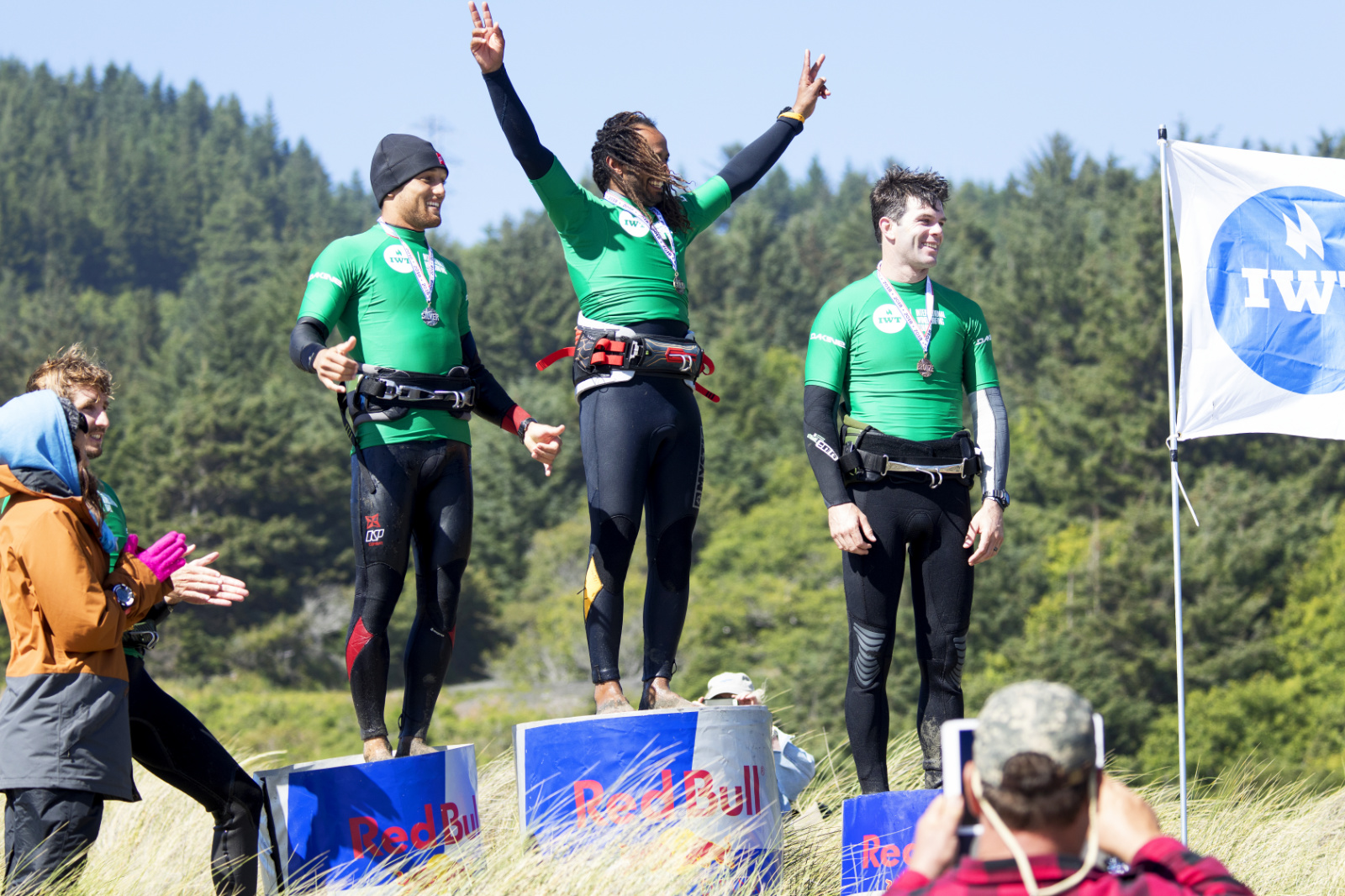 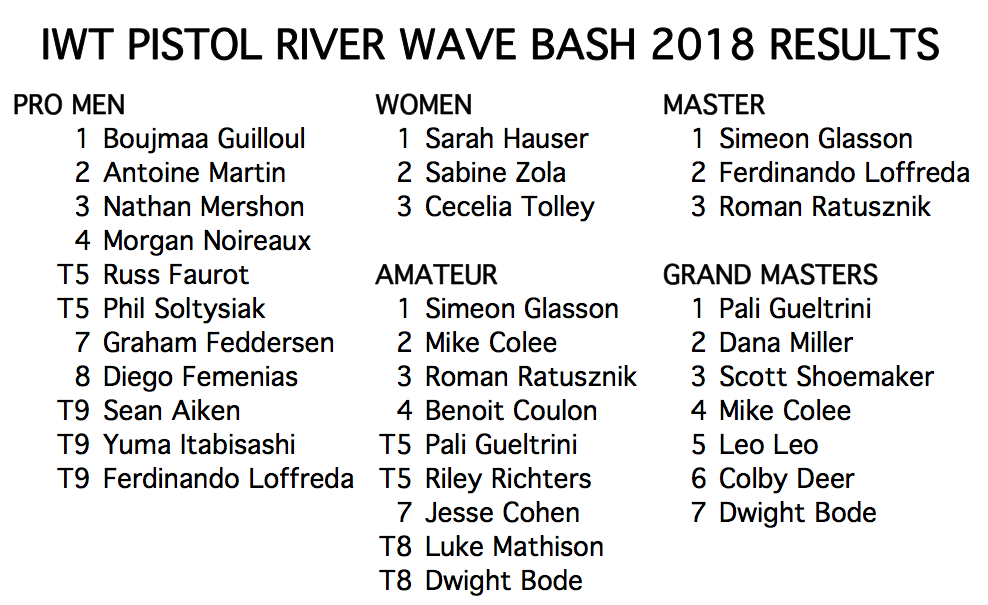 That is a wrap for the 2018 Pistol River Wave Bash on the Oregon Coast. A wonderful experience in a beautiful location. The tour looks forward to returning next year for the 10th annual event in 2019.