With all heats complete and another successful IWT competition in the bag, it was time to get on with some fun. Waves have left us for other coastlines, but the wind is still here in full effect, so the call was made to run a Pro-Am Slalom contest. 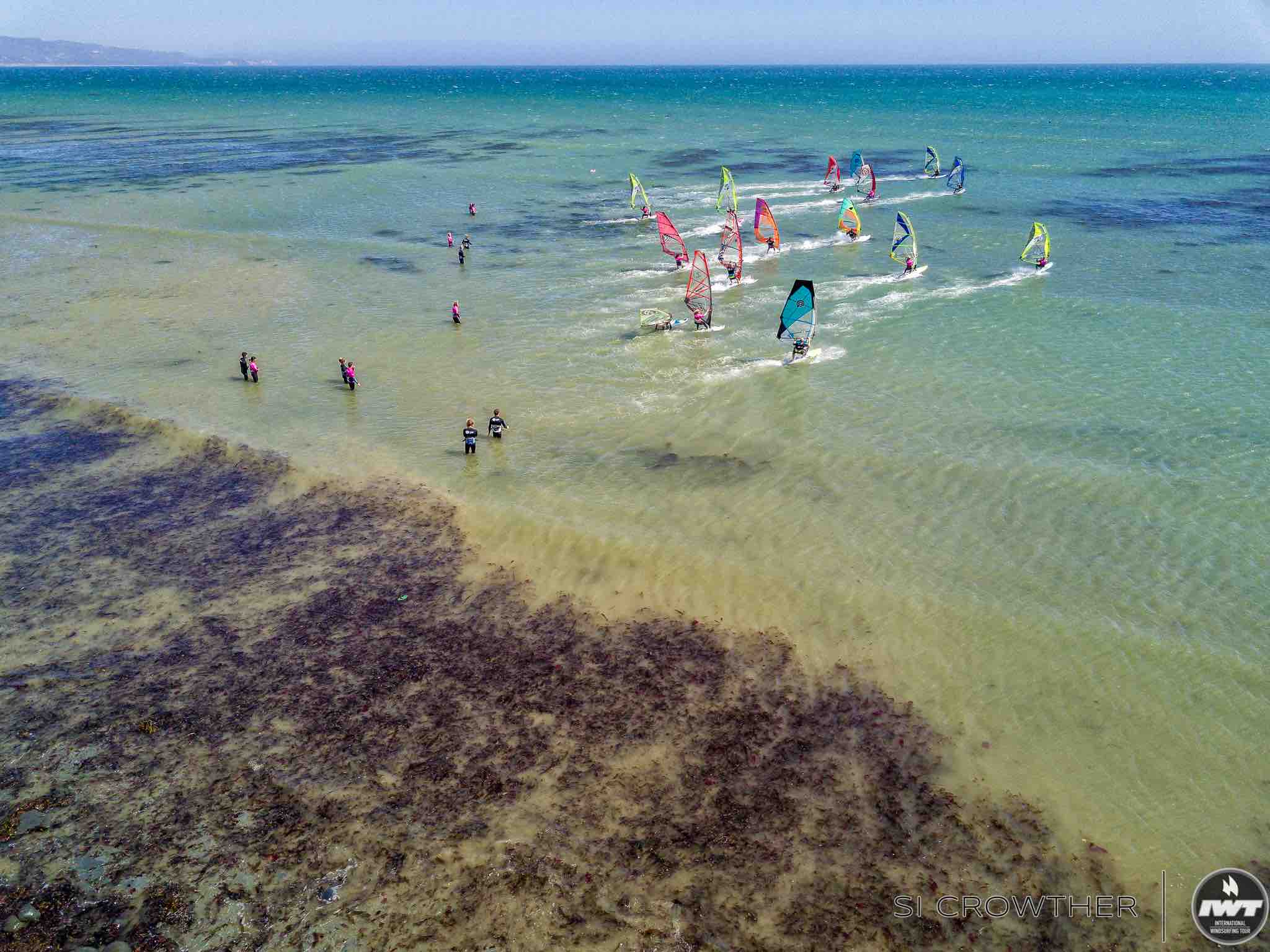 The first order of the day was to celebrate our youth division. All of the youth showed tremendous potential throughout the week, and it’s exciting to see their everlasting enthusiasm. Alex took 1st placed followed in order by Takara, Kazuki, Fuka, and Kano. The Japanese contingent was very strong this year. 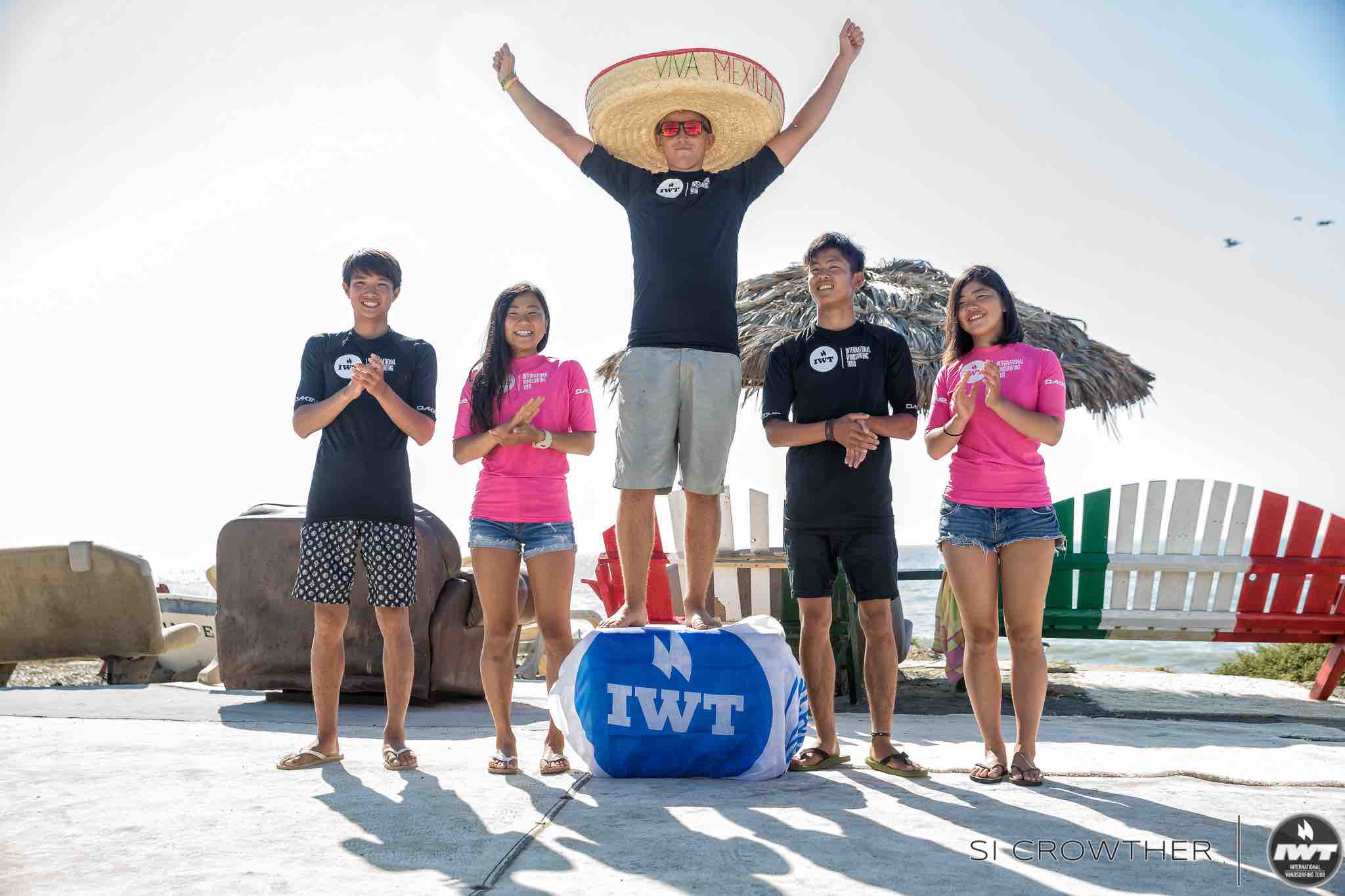 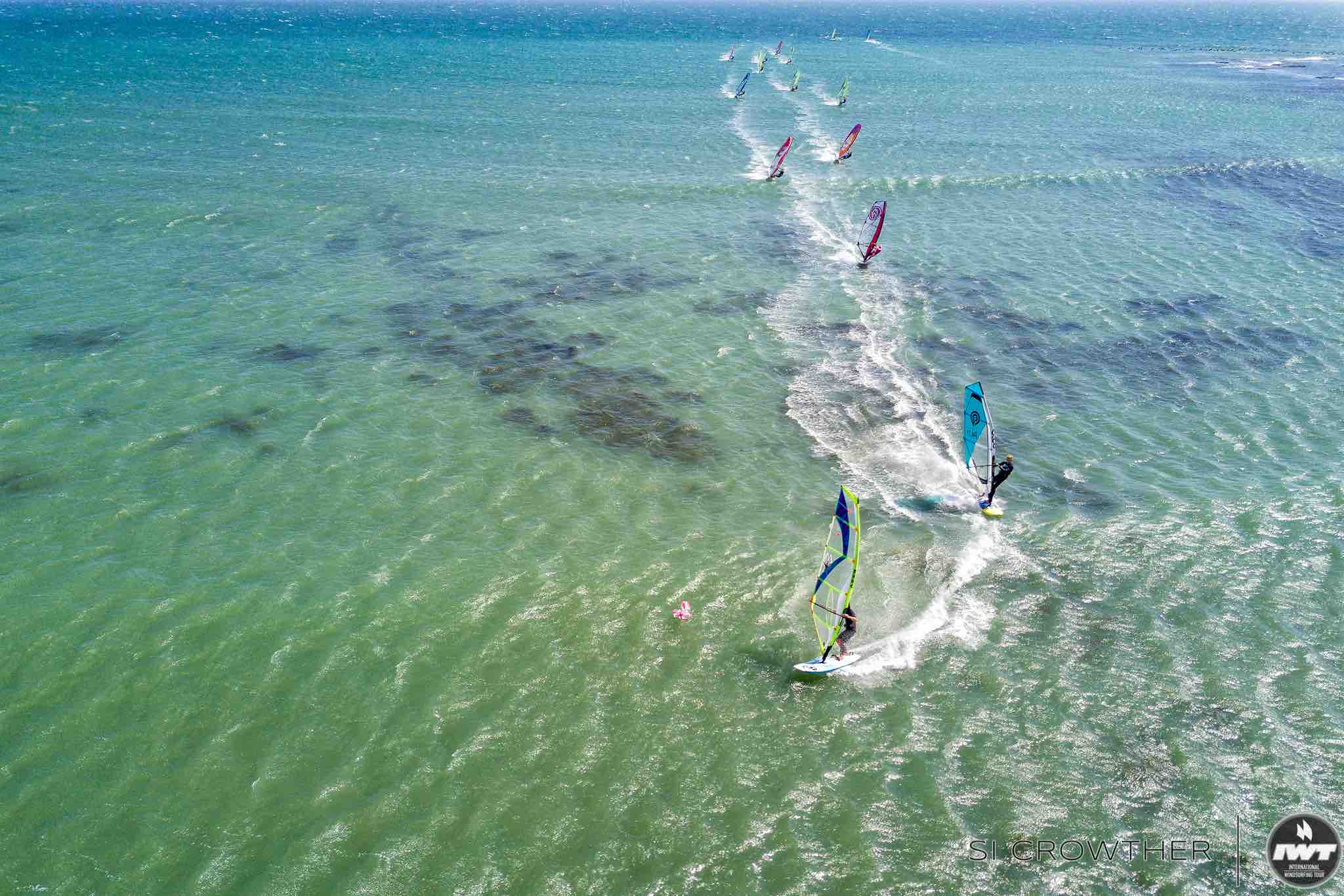 With most riders signing up for the Pro-Am slalom contest, there were 16 two-person teams. Each team consisted of one Pro and one Amateur rider. The course would be fairly simple, with an inside and outside buoy to be the marks. Each teammate had to round the outside buoy twice, and then switch gear on the inside. The entire fleet launched at once to make quite an action packed (and crowded) race. Aside from a reasonably defined start line and 2 buoys that were to be rounded, there were no rules. There was a bit of carnage with riders jockeying for position, but everyone came back with smiles, and there were a few standouts that managed to pull away from the field. At the conclusion of the first race, the top 4 teams were selected to race in a Super Final. The teams in order of their finishing places were Edvan Souza and Simeon Glasson, Alex McKirgan and Arrianne Aukes, Federico Morisio and Ian Stokes, and Oliver Meline and Morgan Noireaux. 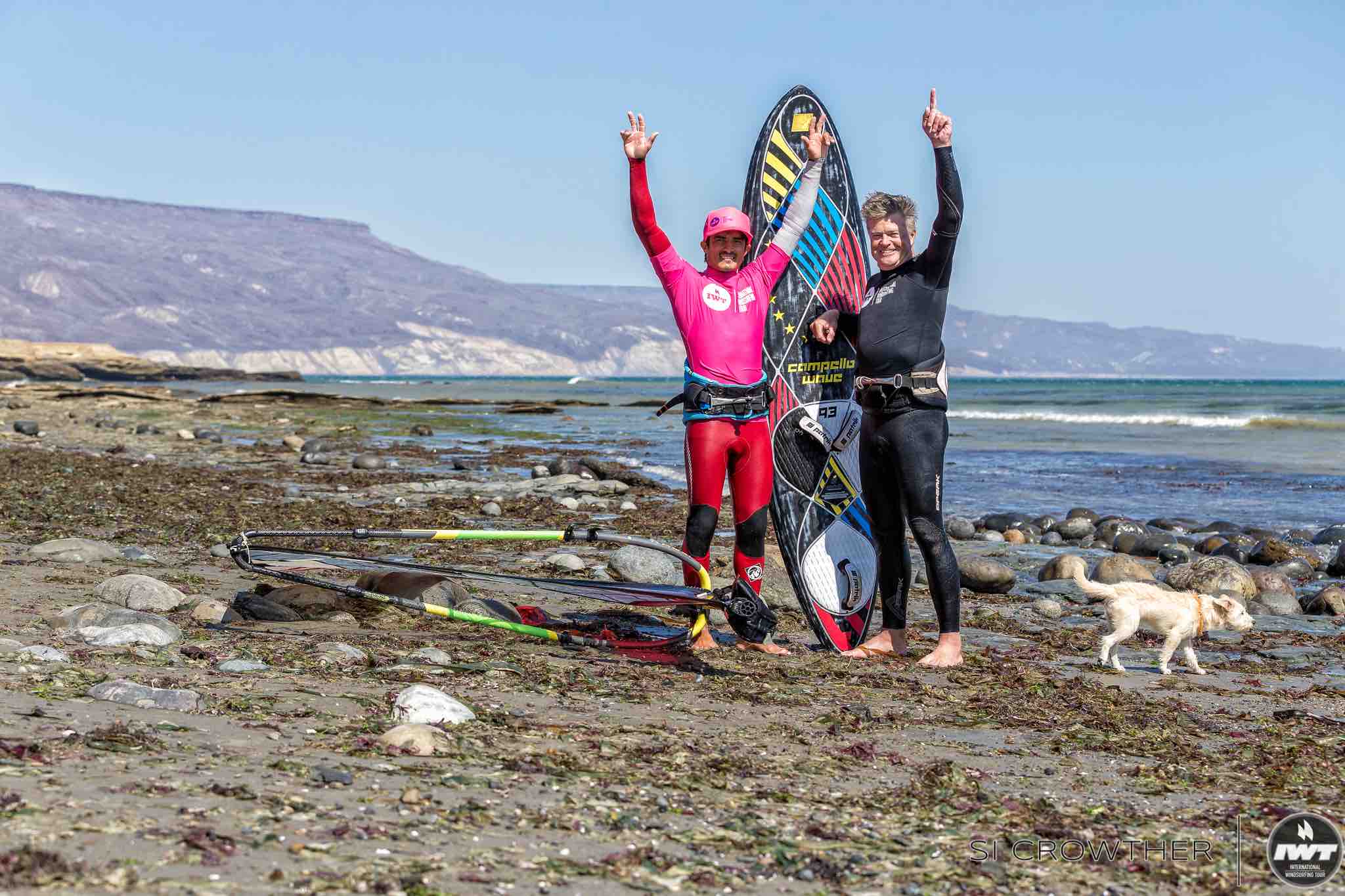 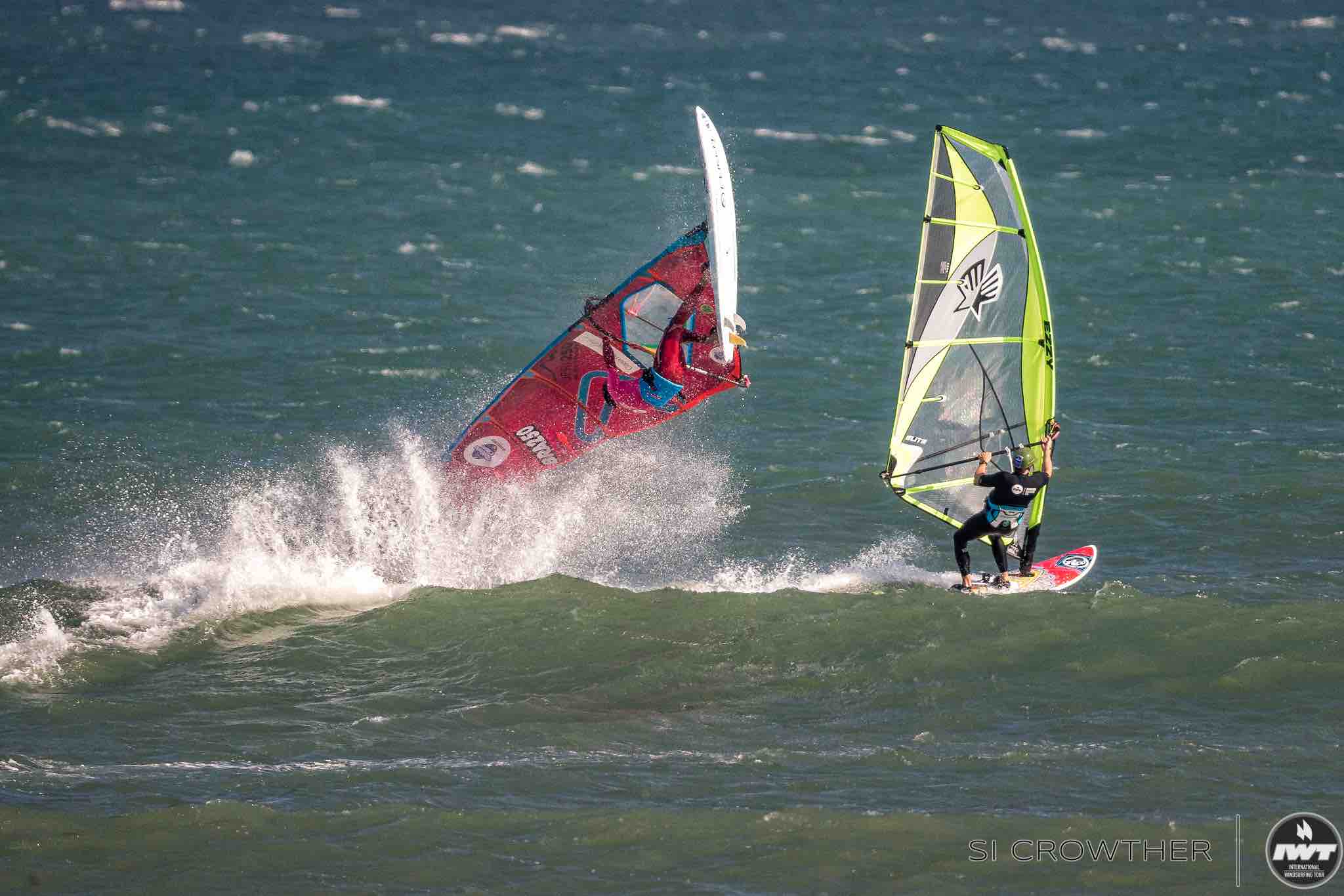 At the conclusion of the slalom, there was still plenty of daylight left and the wind was blowing strong. With the buoys still in place, a number of riders decided they would like to have a shot at a Super-X contest. The format would be similar, but without teams. Each competitor could use the gear of their choice and would have to make two rounds at the buoy. The turn had to be a duck jibe and somewhere between the marks the rider had to a 360 spin of their choice. It could be a forward loop, a spock, a grubby, or some other form of trickery. This event clearly favors the freestyle sailors, but makes for lots of excitement as everyone crowds around the mark trying to complete their duck jibe. The clear standouts were Edvan Souza from Brazil and Arrianne Aukes from the Netherlands. Arrianne showed why she is one of the top freestyle women in the world blasting through forwards and spocks, barely missing a beat. She just edged out Edvan to take the win. 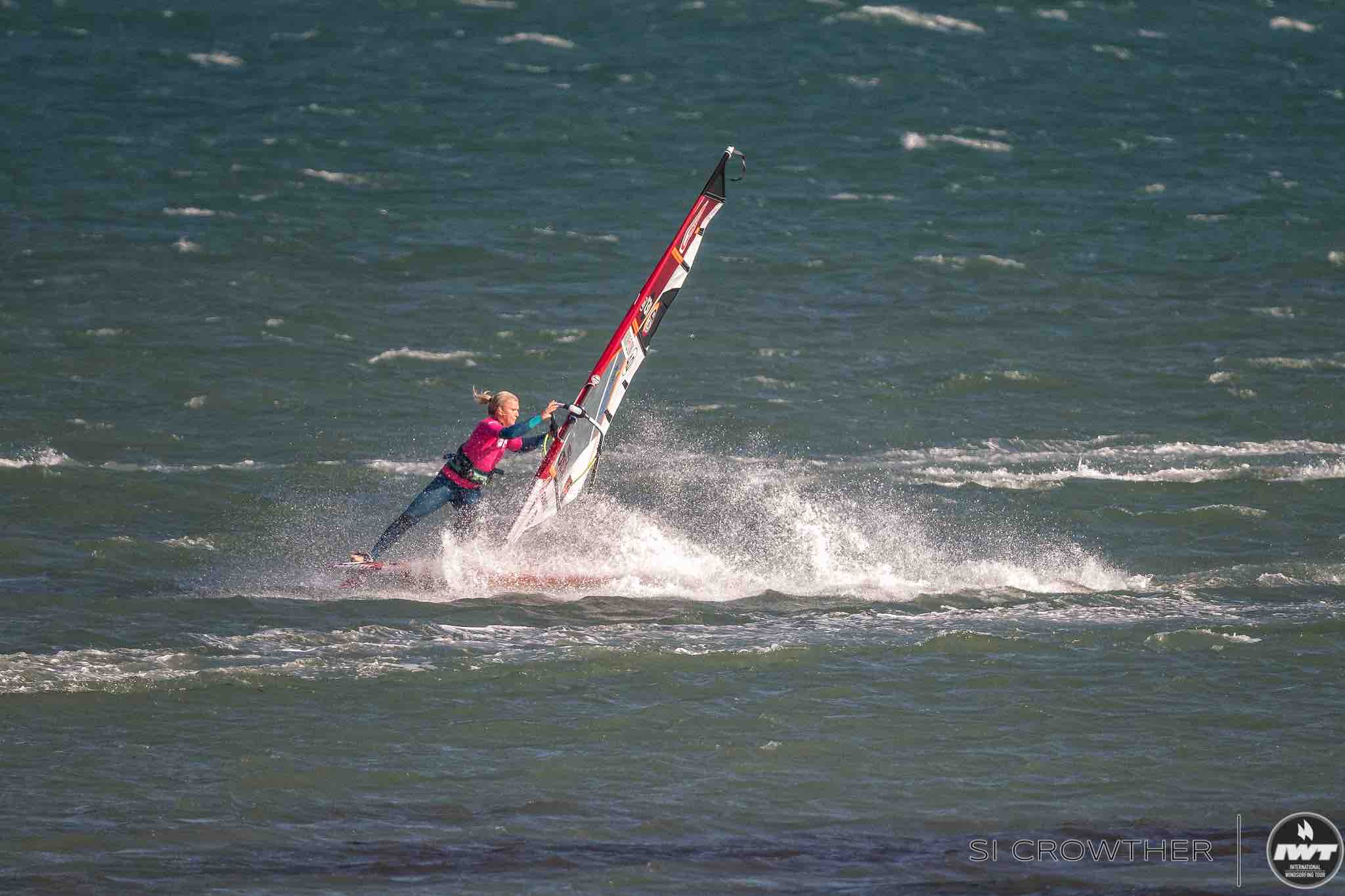 The only thing left now is to give out the awards and have a closing party on Friday night. All the riders will gather for an evening of fun at SoloSports before packing up their camps and heading back to their respective homes, or next adventure destination. Many of the riders will be continuing on to Peru for the next stop on the IWT.

Text by Russ Faurot and photos by Si Crowther 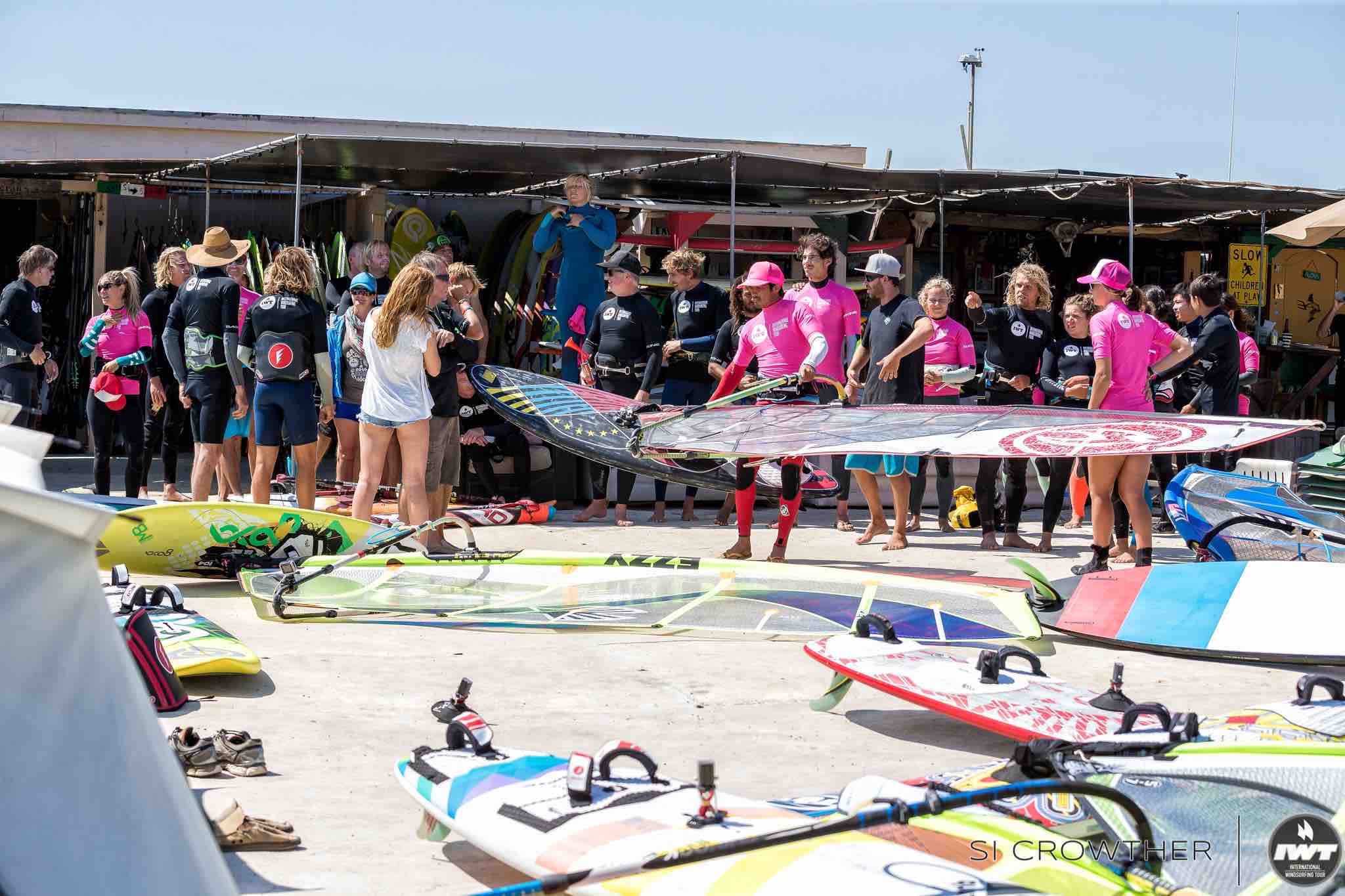