Finals Day: Results in All Divisions

Another beautiful day in Baja, the swell is dropping and the heats start as soon as the wind fills in, providing conditions to finish up the remaining fleets of competition.

Grand Masters Heat 2
First heat of the day sees the Grand Masters making the most of the small, clean waves. Scott Shoemaker opted for big gear which allowed him great mobility in his search for waves. He found the longest rides, embellished with old school head-dips on the wave face. Colby Deer and Kevin O’Connell worked hard to find waves, with Kevin producing the lip-smack of the heat. Mike Colee found the second wave he needed in the last minute of the heat but it was Scott’s smooth riding that took the win. 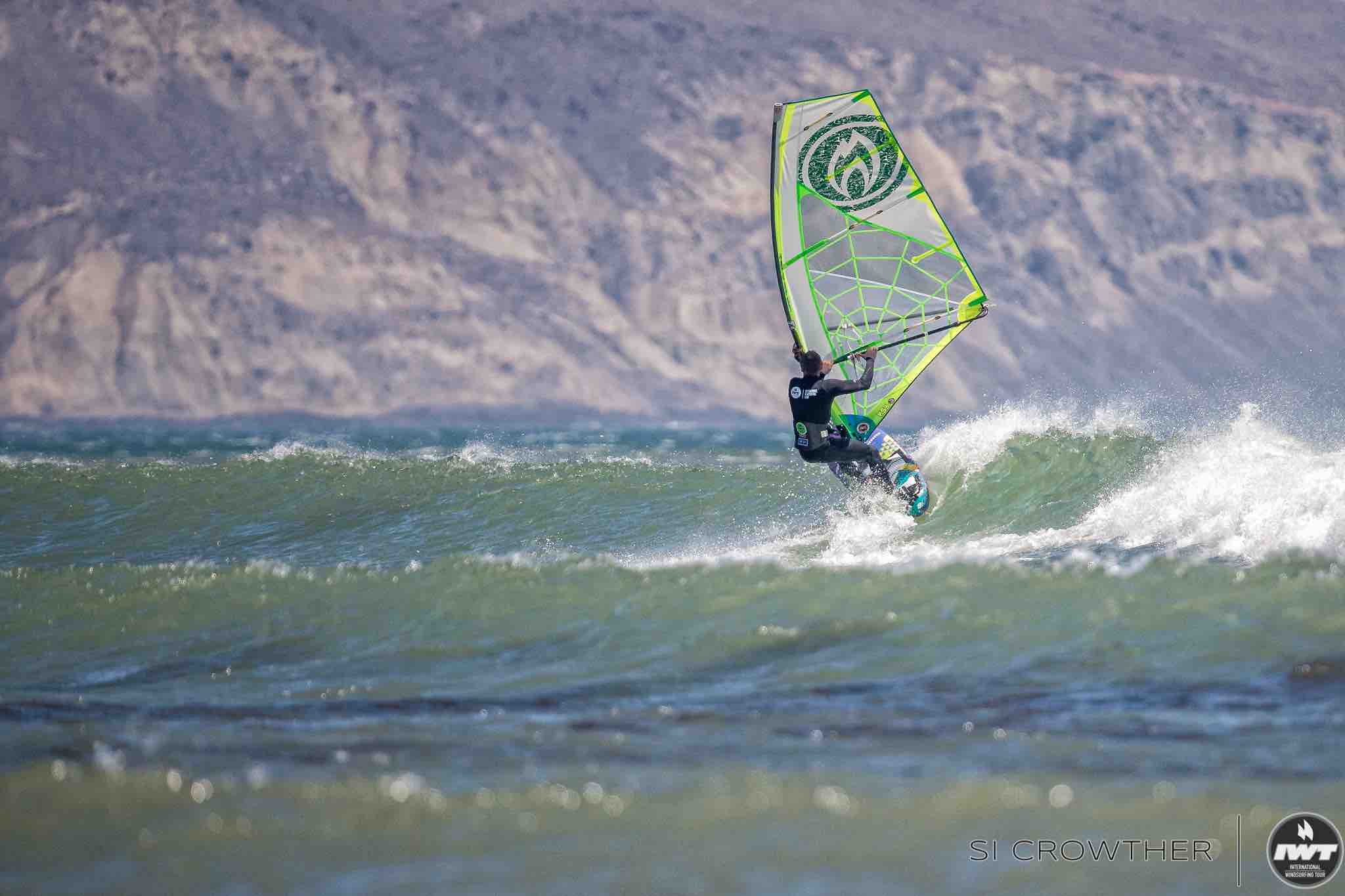 Amateurs Heat 5
Postponed from yesterday, this re-run heat saw Alex McKirgan throwing spray from his one-handed top turns, EB hunting out back and capturing one of the rare set waves, while Rune Lovic was chasing lines all the way to the rocks and risking his fins on the inside turns. Alex won the heat and secured his place in the Semi Finals.

Amateurs heat 8
Kevin O’Connell rode the first wave of the heat, right into the shallow inside section on the falling tide. Ian Stokes followed on the next wave, building speed down the face to unleash a thrashing turn, ending with his board nose-diving on to a rock. He dragged his gear to the beach while a caddy ran down with a new board and he quickly re-launched. Ian soon tuned in to the new ride and boosted it in to an aerial, but Kevin scored the wave of the morning, dropping in at the Bombora, turning on the peak and connecting it all the way, milking every turn and earning the last spot in the Semis.

Grand Masters Heat 3
The third and final showdown for these four seasoned campaigners, with decades of Baja experience under their belts. Scott and Mike spotted the set, gybed into the troughs and slotted in to two of the best waves of this morning’s session. Kevin found sections for his hard hitting turns, Colby was working the whole bay, Scott found a ride from Bombora to beach, but it was Mike’s turn to dominate. It’s all about wave selection.

As the day marches on, the waves continue to decline but still provide glimmers of opportunity rolling through Old Man’s. The call is made to start semifinal 1 and Tom Ben-Eliyahu continues to show excellent wave selection after honing his skills here in San Carlos since March. He snatches 1st and a place in the finals along with Olivier Meline, who’s smooth flowing rides set him just above Simeon and Mike Colee to earn him a place in the finals.

Tom Soltysiak continues to demonstrate excellent form and selection, picking off the best waves and taking the top spot in SemiFinal 2. Behind him a close battle ensued between the youthful attack of Alex McKirgan and the wave selection wisdom of Jonathon Pooley with quality over quantity to get JP the #2 spot and secure his place in the finals. 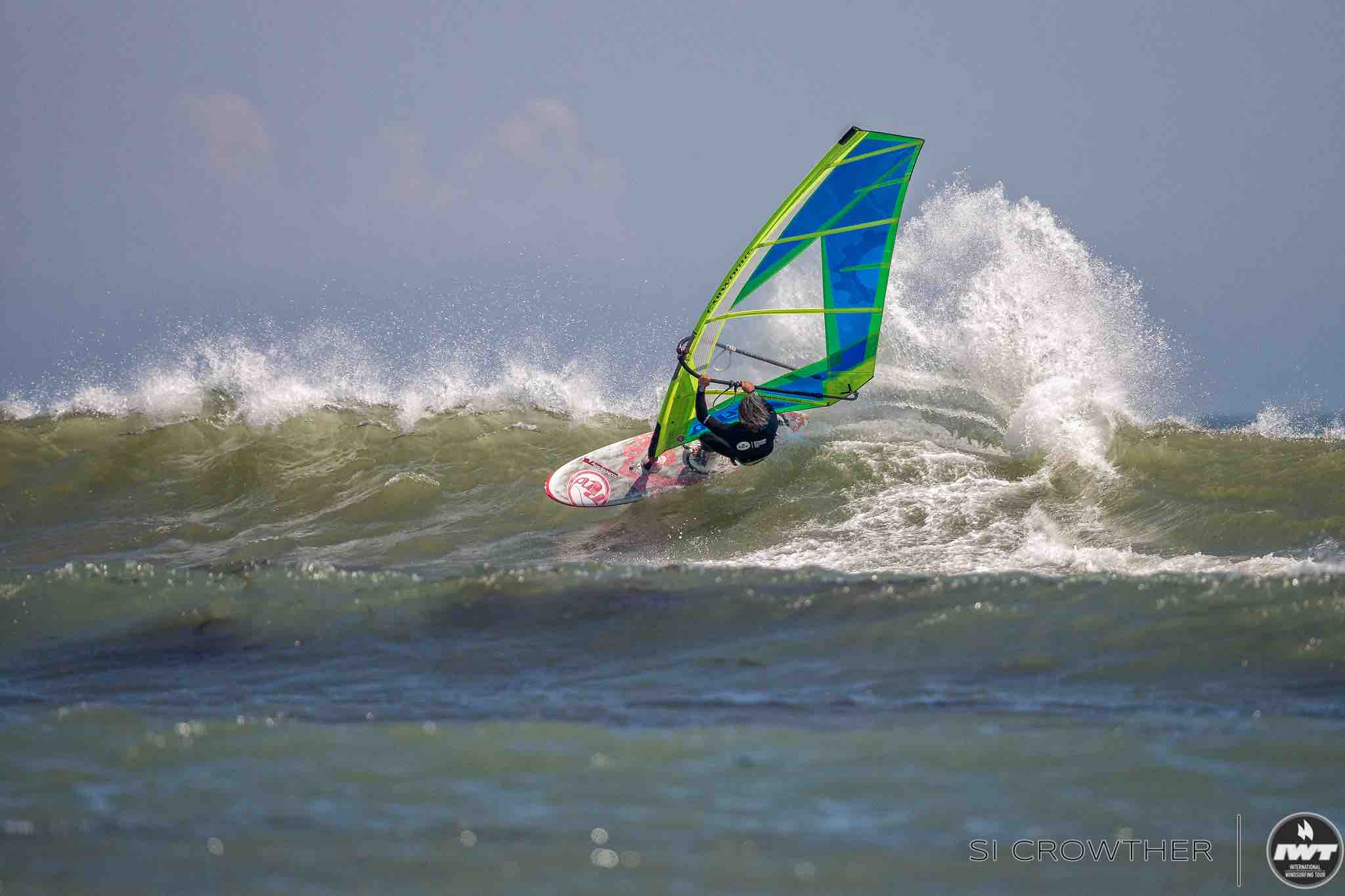 With extreme low tide approaching the call is made to continue with the Master’s final in hopes of getting a few more good sets before the inevitable flatness at dead low tide. After a slow start which had judges questioning the call, lines out the back turned the tide and provided ample scoring opportunities for all riders. EB Bergmeyer strikes first with a perfect set but is unable to time the sections for the high scores he needed. Jonathon Pooley, overpowered and running on fumes after his run up in the Amateur semifinals, has a difficult time managing extra power but finds a few waves to put up decent scores, and grab the 3rd place spot in the Masters final. Late to the show was head judge Simeon Glasson, but with 6 minutes left in the heat Simeon picked up two epic waves, jibing onto one just in time to give him the scores he needed to take the #1 spot from EB and the win for the Master’s division. 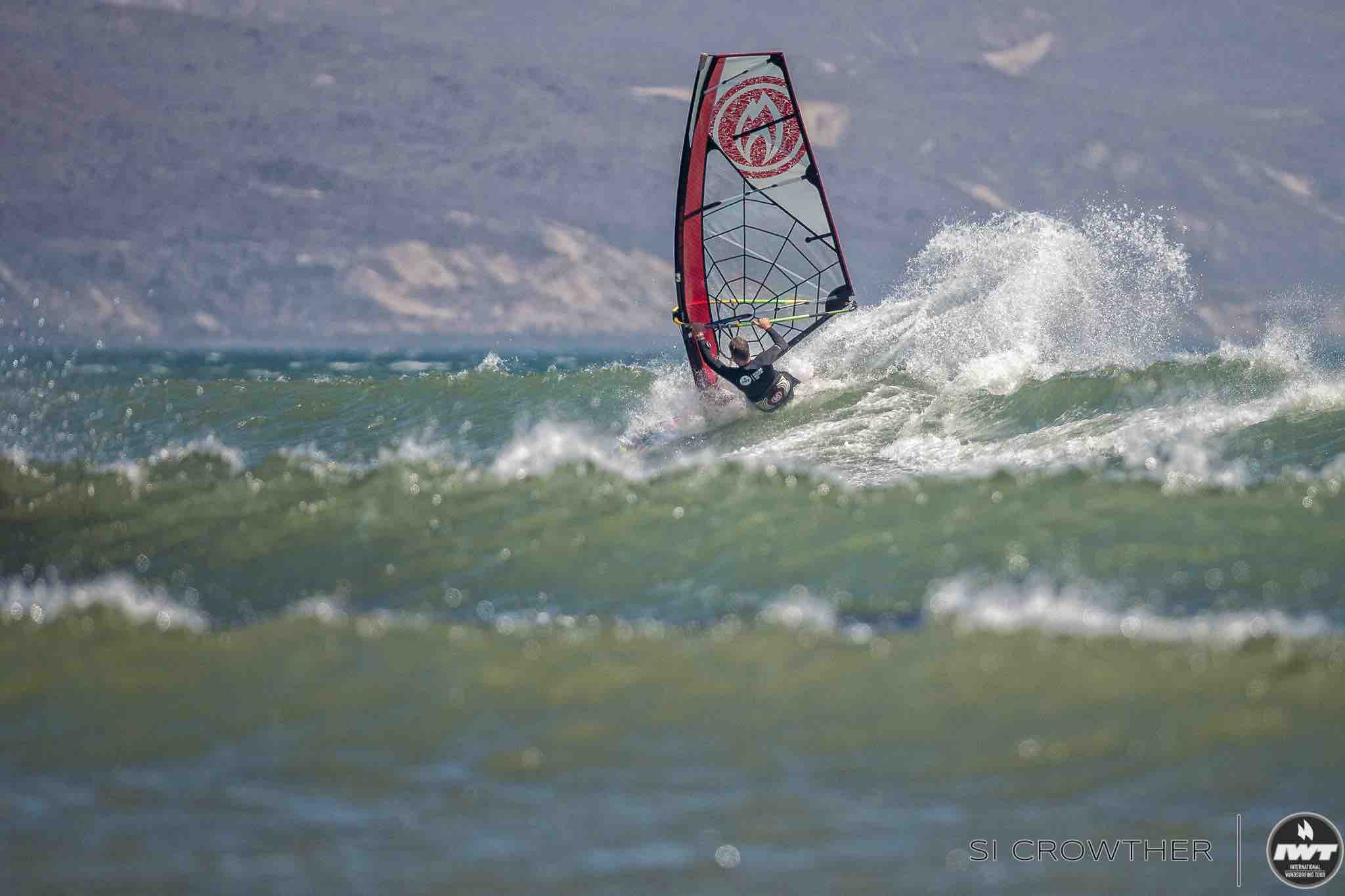 After a 3 hour hold through the low tide, the call was made to start the Amateur finals at 6:30pm. With the setting sun the entire bay was lighting up in majestic gold and red as the golden hour dawned upon the remaining 4 sailors while the judges and spectators watched eagerly for waves to come through. Right off the bat Jonathon Pooley got a flurry of yells from the crowd as he picked off a beautiful bombora set and lined up a perfect top turn sending massive amounts of golden spray out the back. Following it up with 2 more turns he quickly put himself a notch above the fleet, sending the remaining three finalists searching for a wave to match. Tom Ben-Eliyahu refused to give up, tearing apart every wave he could find, and Tom Soltysiak was right on his heels, finishing rides in the ankle deep water at the base of the cliff. Olivier, powered up and planing all-around, was unlucky to find the right waves to get competitive scores. Unfortunately, all 3 were unable to find the quality of wave needed to compete with JP, and when JP picked up a second set at the bombora, it sealed his fate as champion of the Amateur division. 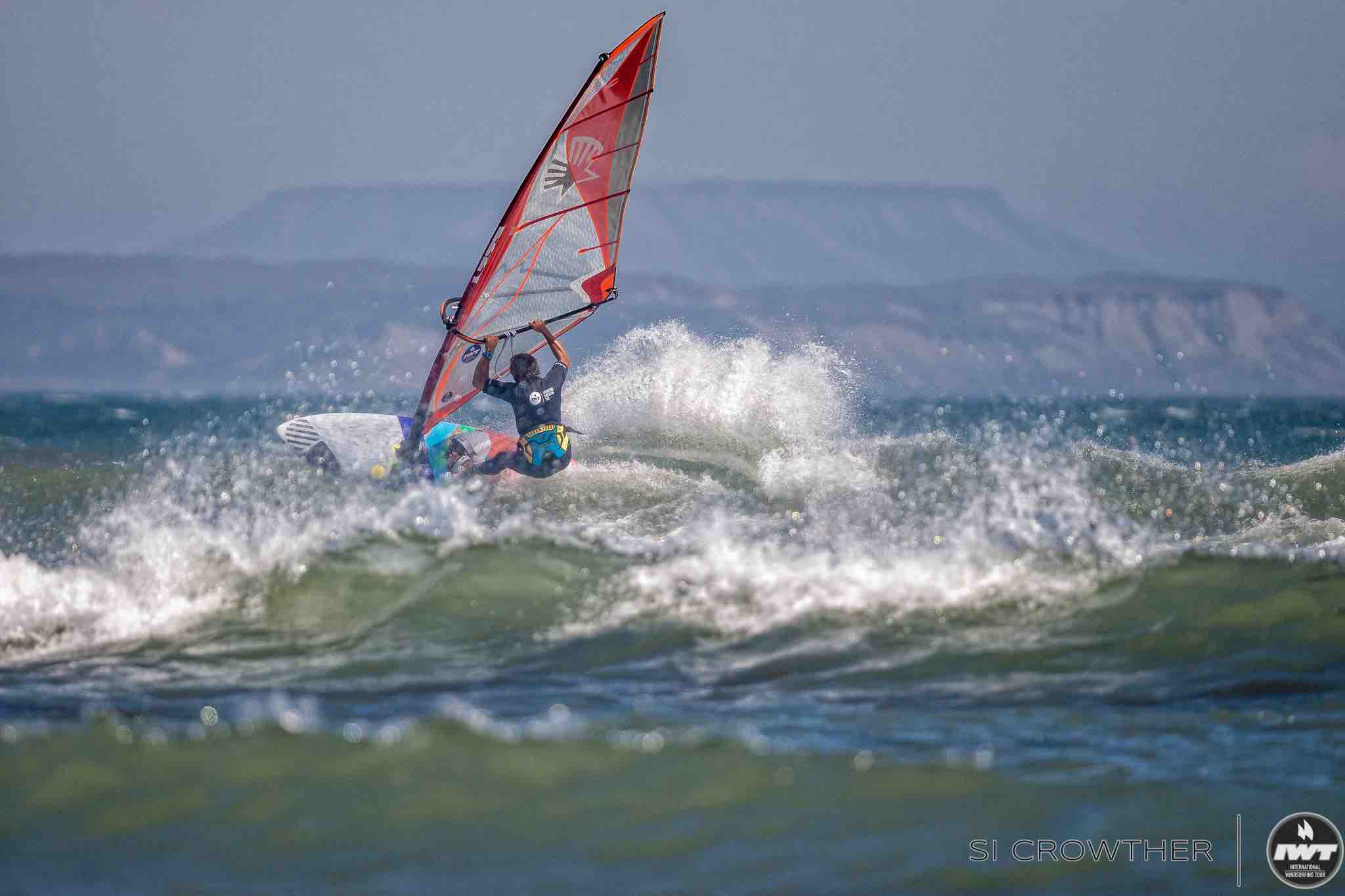 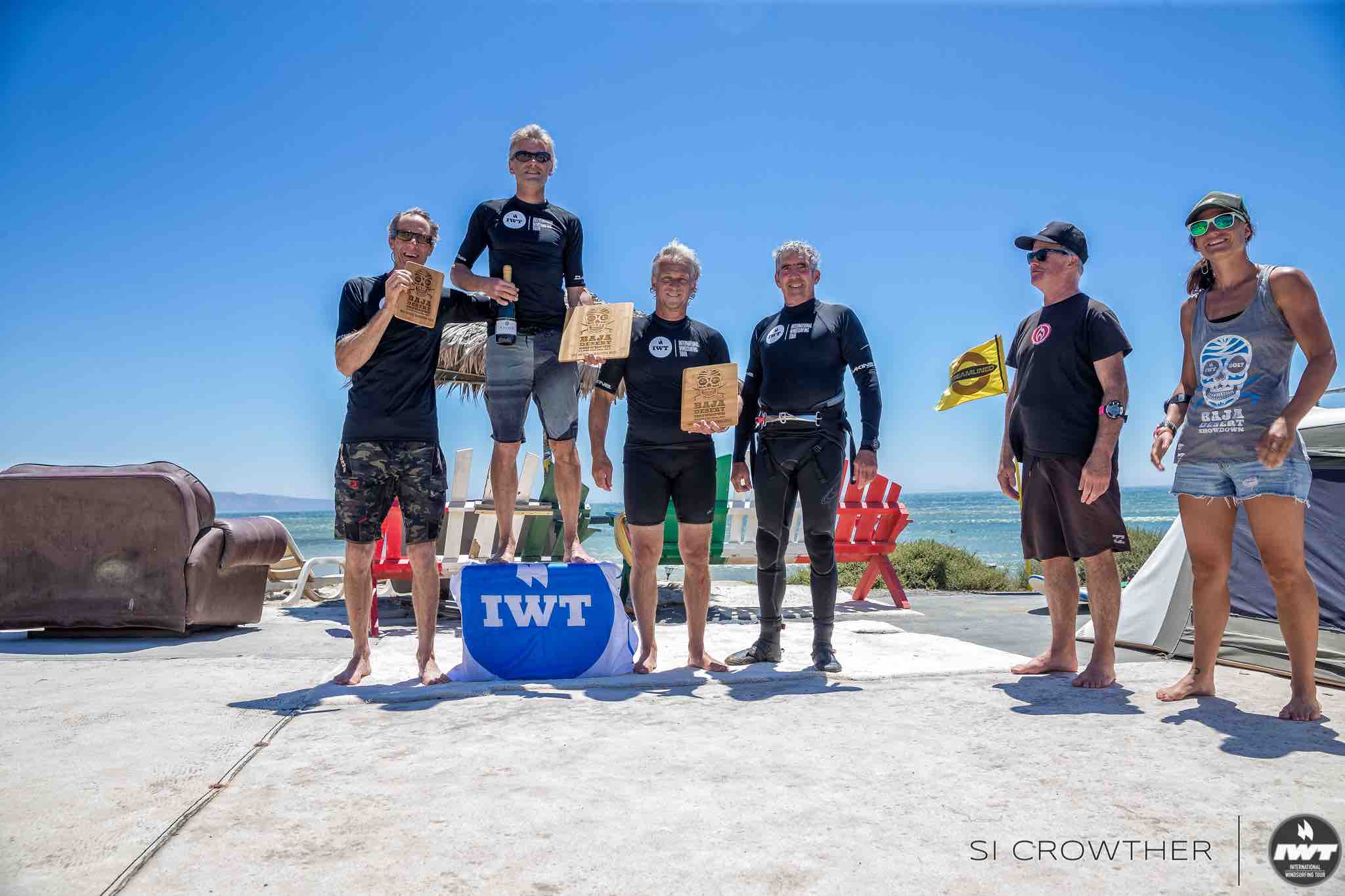 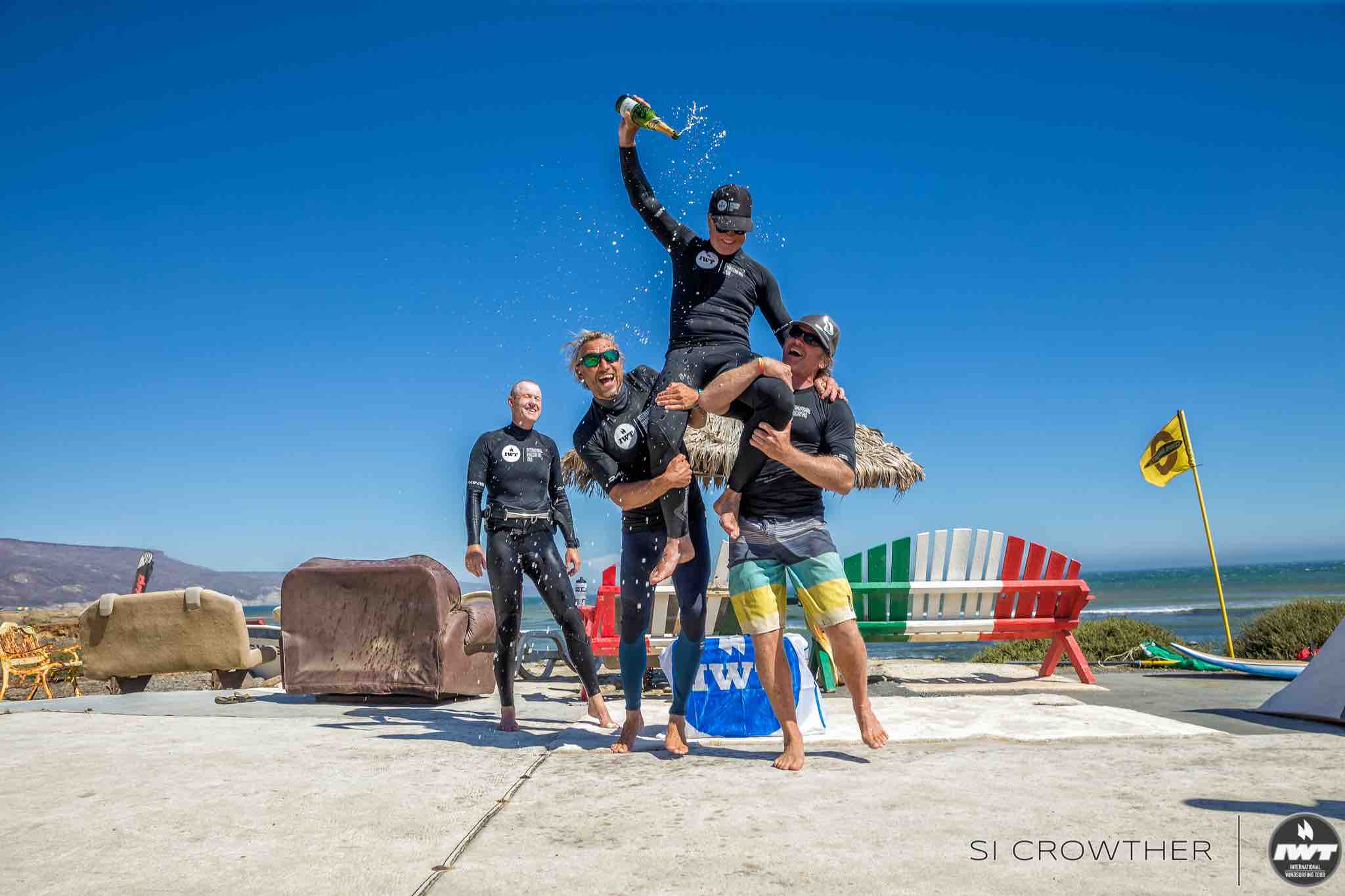 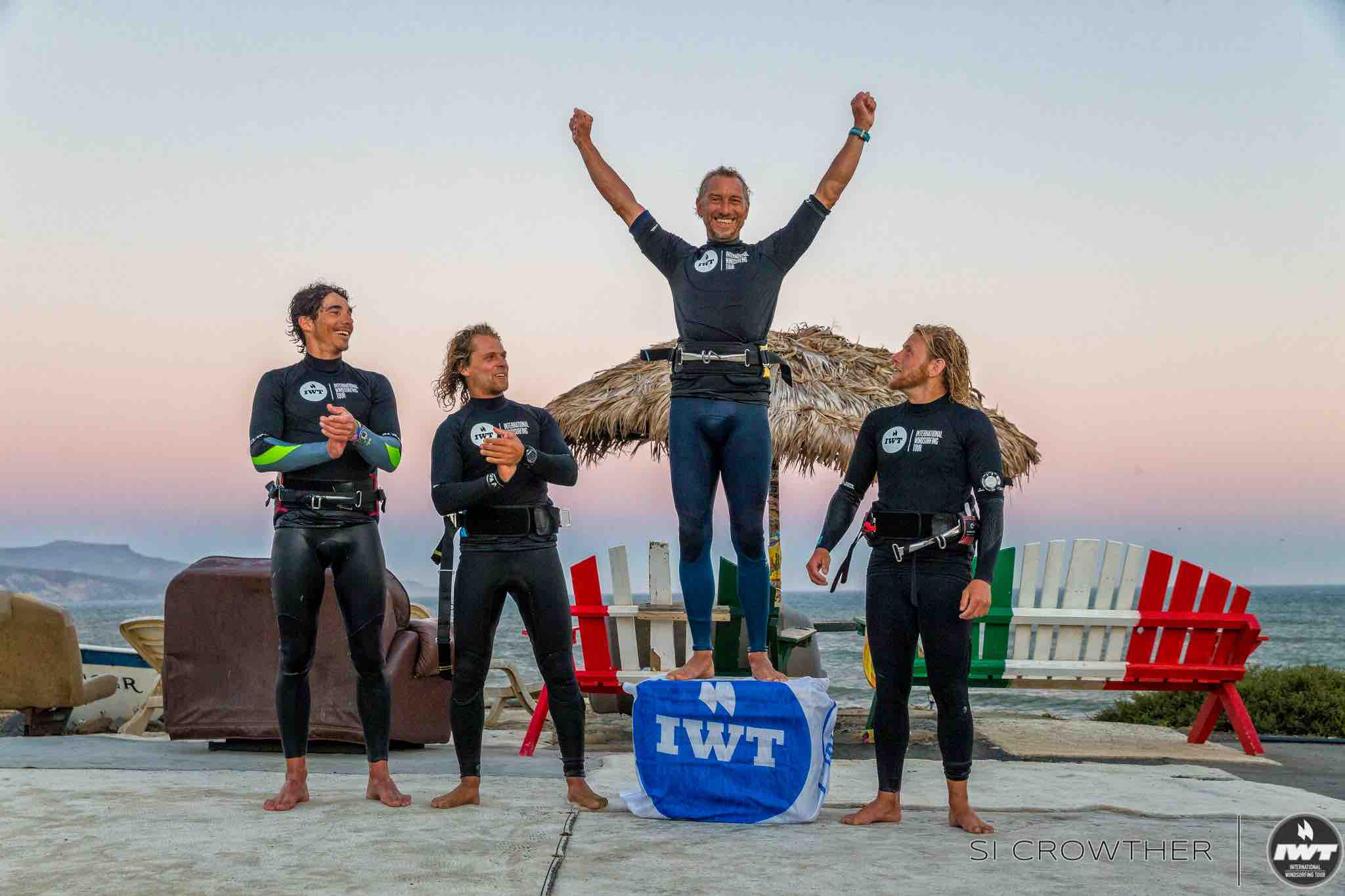