The 2017 Aloha Classic Kicks Off In Style 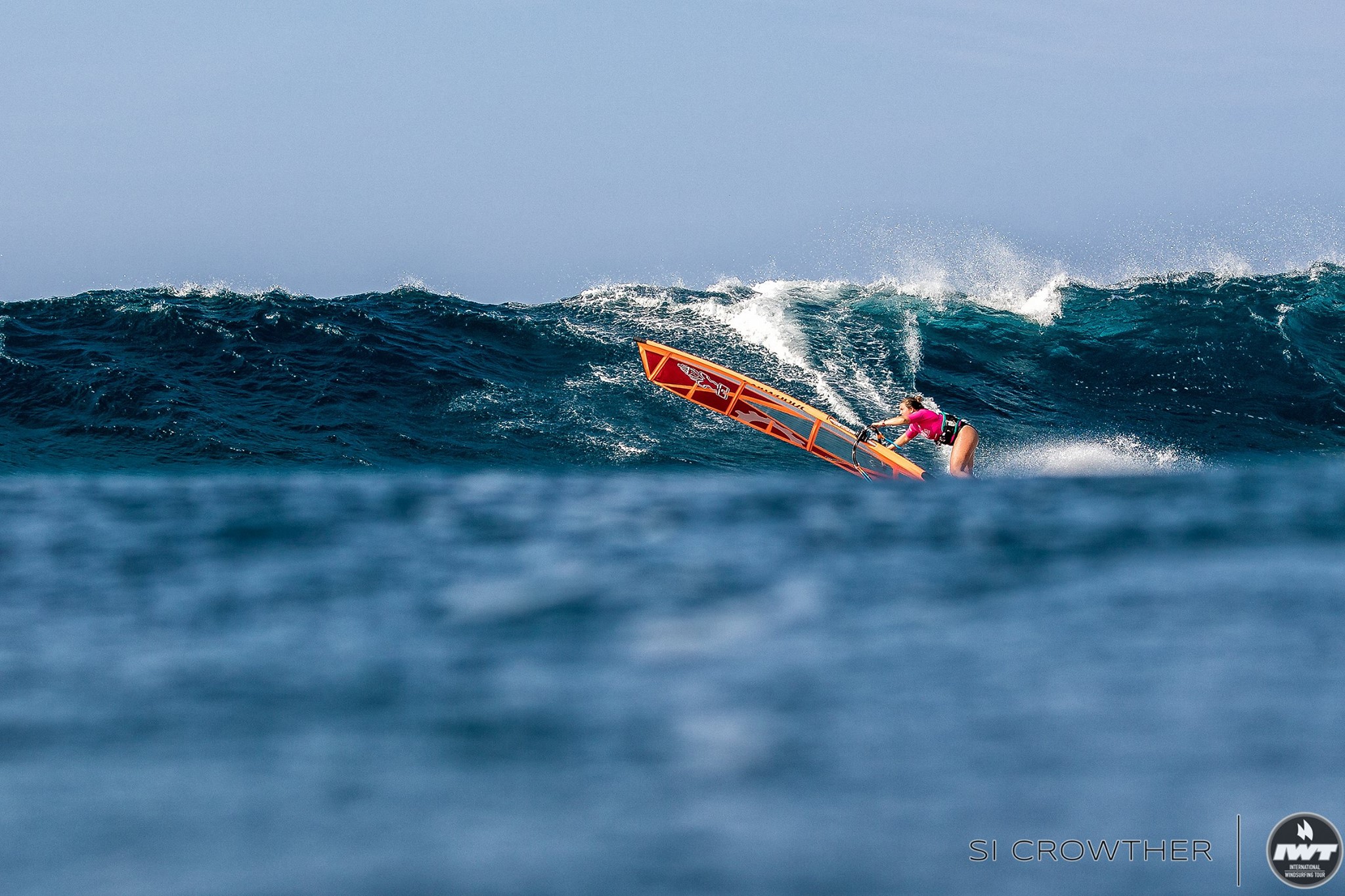 After a patient morning, the pro women were the first on the water in the challenging conditions. The decision was made to run with 30-minute heats and a two-minute transition, with two waves to count – this was to give all riders the opportunity to catch the set waves in the light conditions.

“Day one at the 2017 Aloha Classic is in the books! Head judge, Duncan Coombs absolutely stuck to his guns and, whilst we only had around 3 knots of wind in the morning we waited and it did blow! We had around three hours of sailable wind and went through four heats of the pro women and two heats of the pro men.

“We had numerous sequences of firing wind and waves with fair, contestable conditions for all competitors. It wasn’t easy, it was definitely tricky, but there were some moments when you could punch some lips, fling some airs and throw some spray.”

It was a dominant performance from Sarah Hauser in heat one; despite it being tricky to catch the best waves Hauser still managed to show her trademark aggressive style. Motoko Sato took second place in the heat, close behind Hauser with a five-point wave. 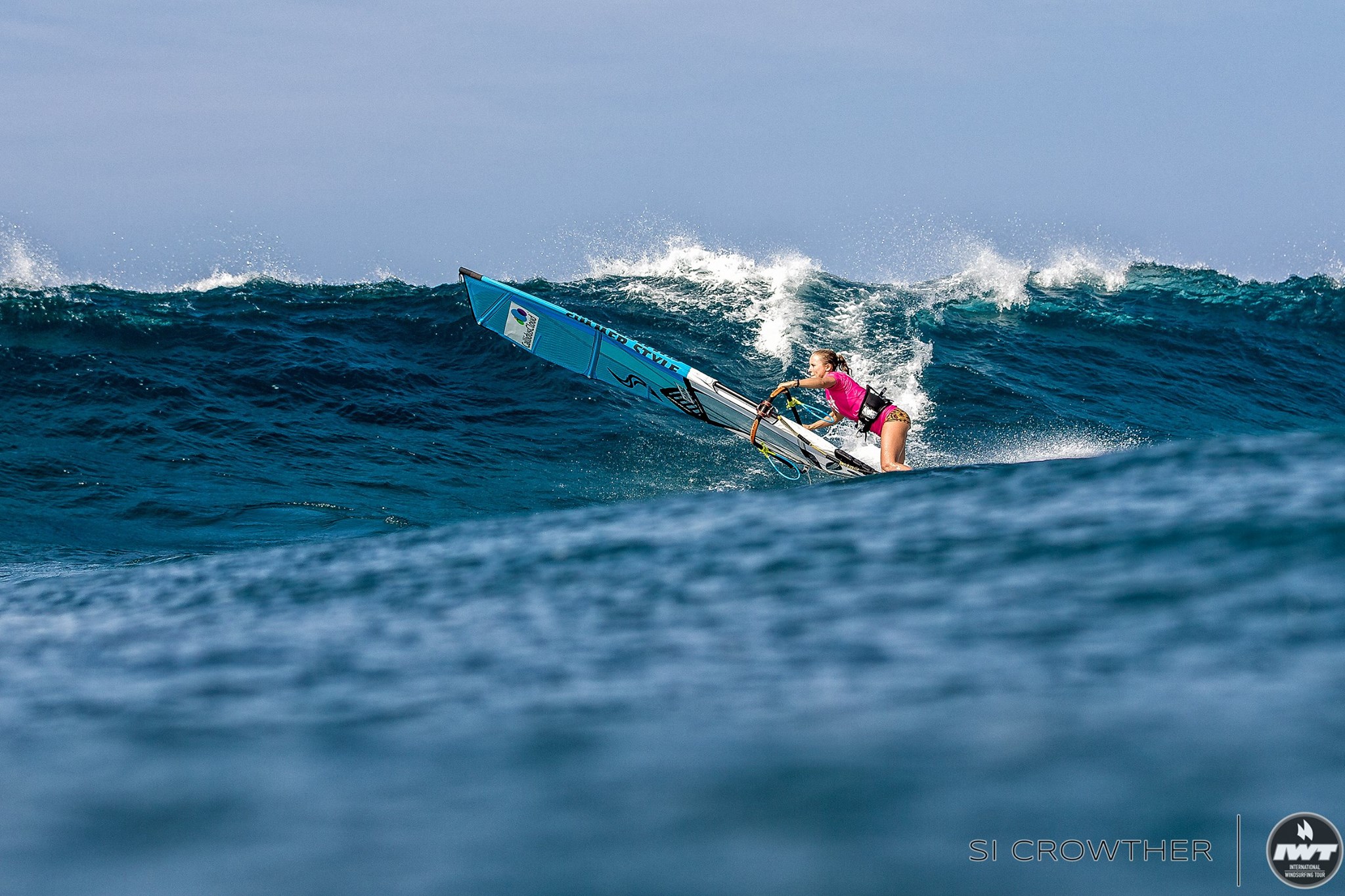 The wind filled in slightly more and, Fiona Wylde stamped her authority on heat two, taking some of the biggest waves and hitting the critical sections taking the win in the heat just ahead of Ingrid Larouche.

Heat number three was all about Shawna Cropas and Maria Andres, who both put in fantastic performances each setting five and six-point waves. 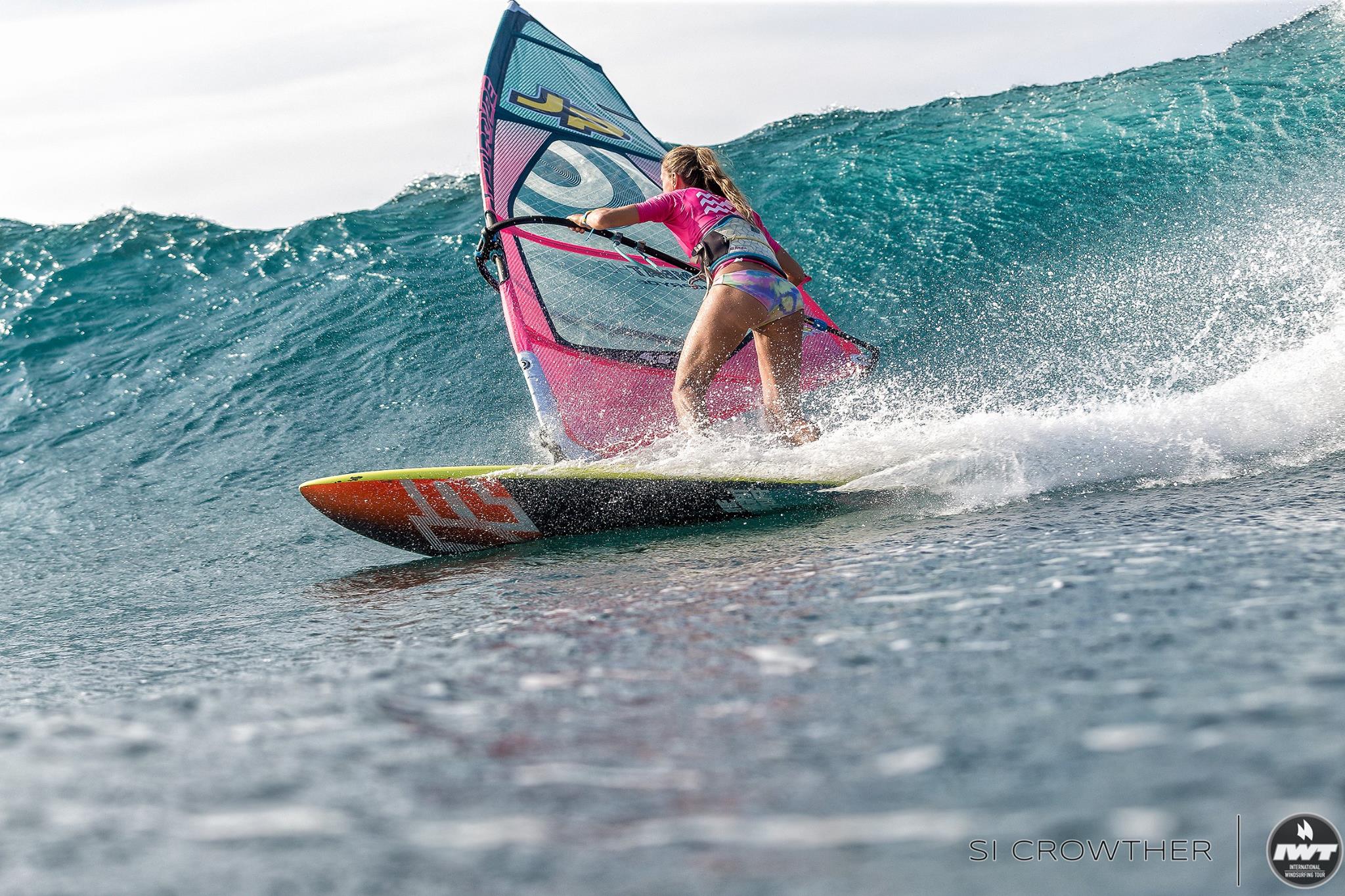 Vickey Abbott took a couple of bombs in the final heat of the women’s pro fleet today, and an exceptional performance from Sabine Zola secured her the second qualifying spot.

After four heats of the women, we managed to get through two heats of the men’s bracket before the wind began to shut off and we called a halt to competition at 5pm.

The first heat saw Boujmaa Guilloul and Kai Katchadourian show exactly why they are regulars at the top of the pro fleet here at Ho’okipa, both securing high scoring waves to put them in a comfortable position early on in the heat. 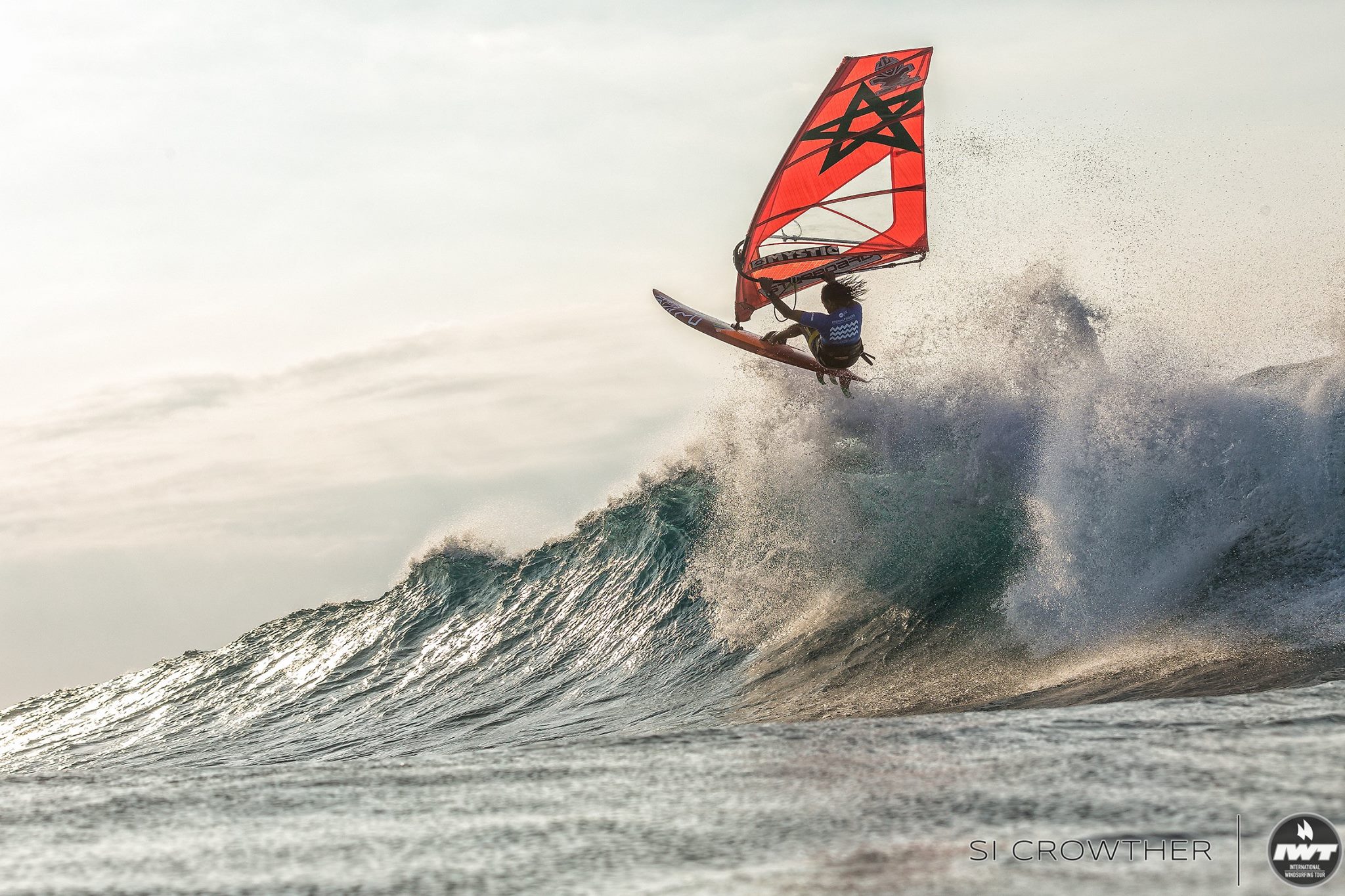 We finished up the day with the second pro men’s heat and, as the wind was again beginning to lull, it was a little slower to get going. A solid performance by Fevrier gave him the win ahead of Chris Freeman.

With the forecast looking similar for tomorrow the aim is to continue where we left off, as soon as conditions allow.

Check through all heat scores and catch up with the live cast here! AlohaClassicMaui.com/Livecast

“The standout heats from today looked to be the second women’s heat and the first men’s heat.

“In the women’s second heat the standout sailor was Fiona Wylde, she was going the most vertical and hitting the lip the latest. Ingrid Larouche also had a really nicely timed aerial, which put her up there too. 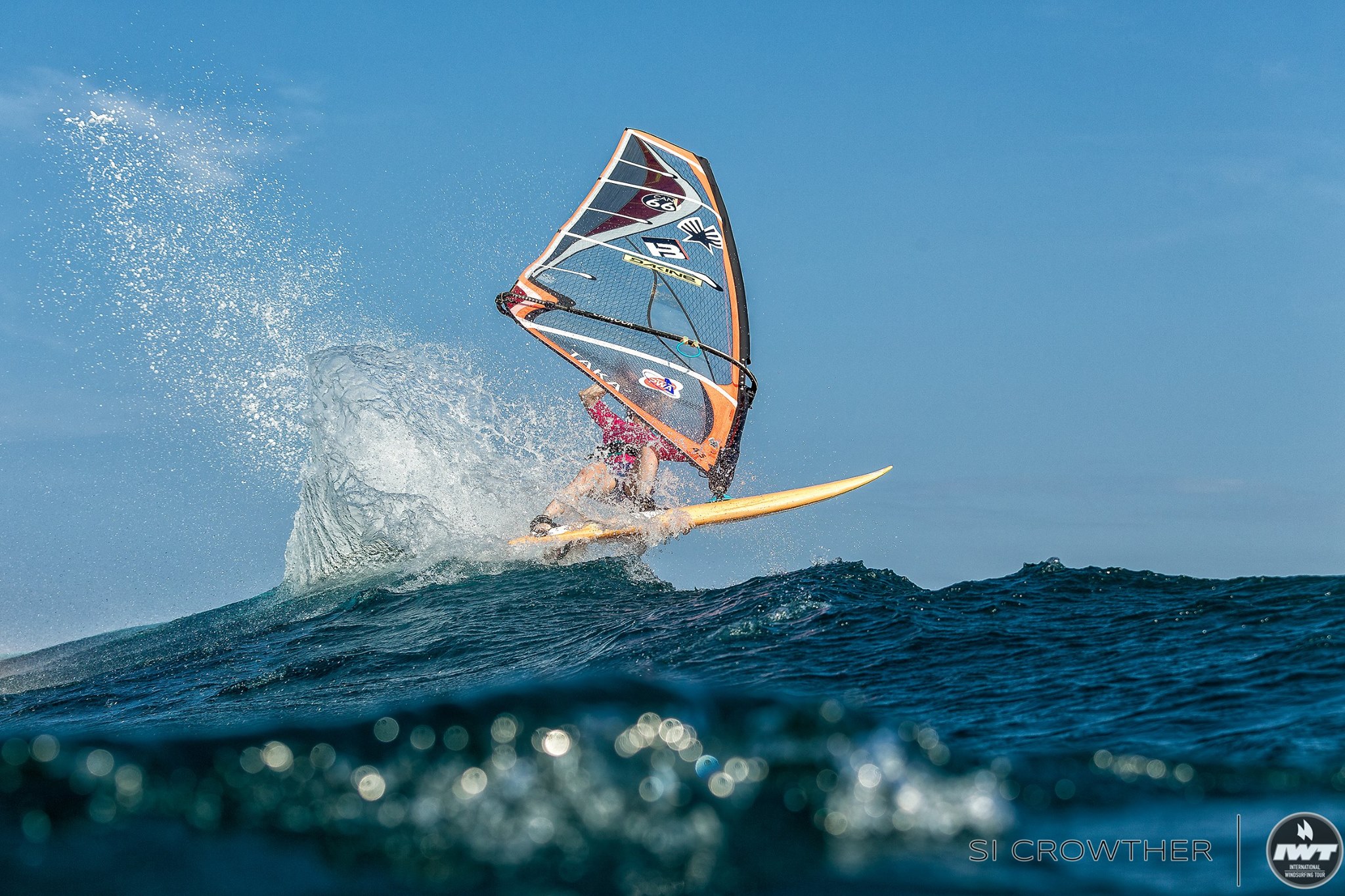 “Sabine Zola in heat three of the women’s was a new face to me, and it’s really nice to see some fresh faces on the tour. Zola is young and has a lot of potential; she may not cause any major upsets here but has great style and a really nice little hack. Zola is definitely one to watch out for!

“For the first heat of the men it was a great show between Boujmaa Guilloul and Kai Katchadourian, who took first and second, with the two Italians really fighting it out in third and fourth. There was a massive, super clean set that came through right at the 25-minute mark and could have really turned the whole heat around, which made it quite exciting. Franchini had the chance to make an upset and could have even taken the heat, but didn’t quite take the opportunity. However, I was really quite impressed with Franchini’s sailing and I think he will be one to watch in the repechage round. 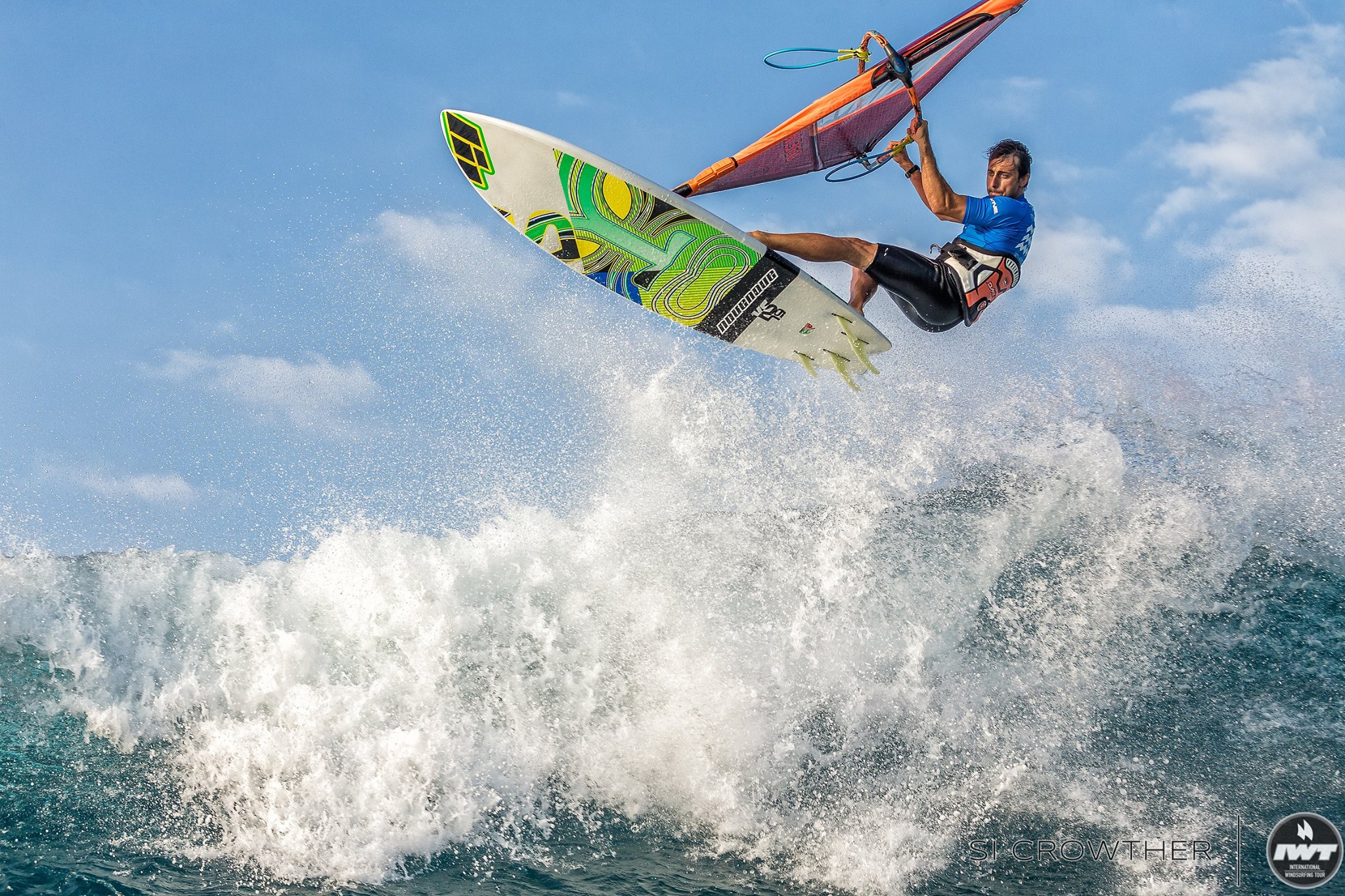 “It was a bit of a slow start today, but hopefully tomorrow we’re going to get a little more wind and we could see the surf continue for the next four or five days.” 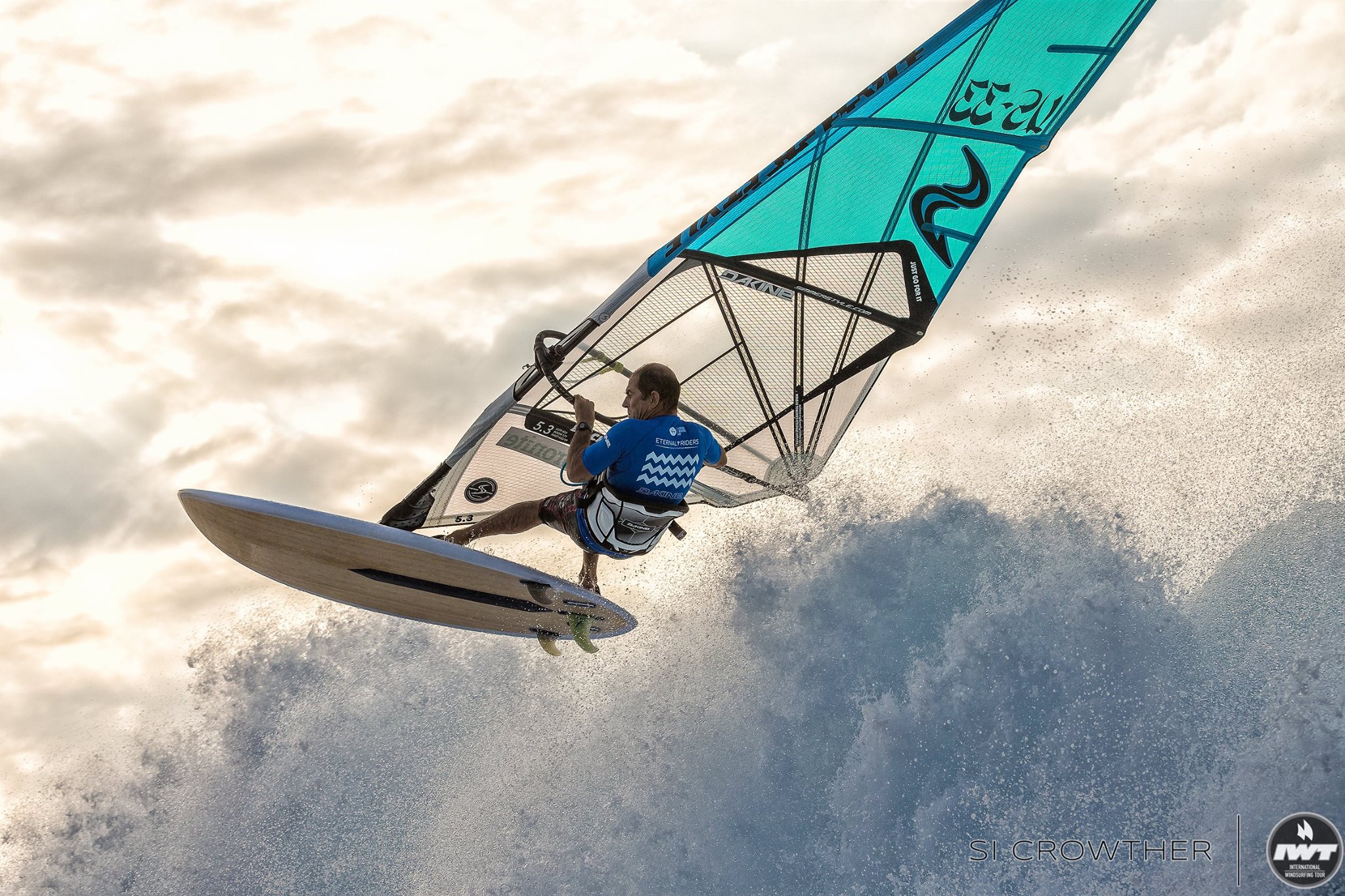