The Strongest Youth Field in a Generation

Youth fleets across all the major wavesailing competitions continue to grow in 2019, as opportunities for them to compete continue to expand. Earlier this year the trend was clear with the strong fleets competing in the Youth World Cup events in the Japan (IWT), then Pozo and Tenerife (both PWA), and now here in Peru (IWT). Once again we have seen the largest and most talented fleets of young riders that anyone has seen in 20+ years in all of these events.

The Pacasmayo Classic local event organiser Jaime Rojas is a proud supporter of the younger generation. Over the decade long life of his event, he has nourished promising young talents like local boy William Perez (PER), as well as a strong group including Alessio Botteri (PER), Denise Blondet (PER), Maria Belen (PER), and Bettina Gonzalez (PER), and South Americans from as far away as Argentina, Chile and Brazil like Irupe Lamanuzzi (ARG), Simbad Lamanuzzi (ARG), Joaquin Desriviers (CHI), and Kauli Dellacasa (BRA). All of these riders have had the benefit of Jaime’s inspiration and support as they spent more and more time at his magical El Faro Resort, to find their way out in the waves as young windsurfers, and then to hone their skills on this wave that is perhaps the most perfect learning wave in the world.

Apart from these riders who have trained to become strong new talents perhaps heading toward the professional ranks, there are many, many others from around the world who have had the joy of learning here at the El Faro Resort.

Among the very talented group to compete here this year was the recent RSX Youth World Champion form Israel and a group of his friends who travelled across the world to ride the mythical wave of Pacasmayo together. They told us the story of how they had watched the videos of the event for years and had always dreamed of coming. This year the 17 and 18 year olds packed their bags and took the chance together. They were treated to Pacasmayo perfection and the camaraderie of the wave rider community here. They loved it, and they excelled in the contest. 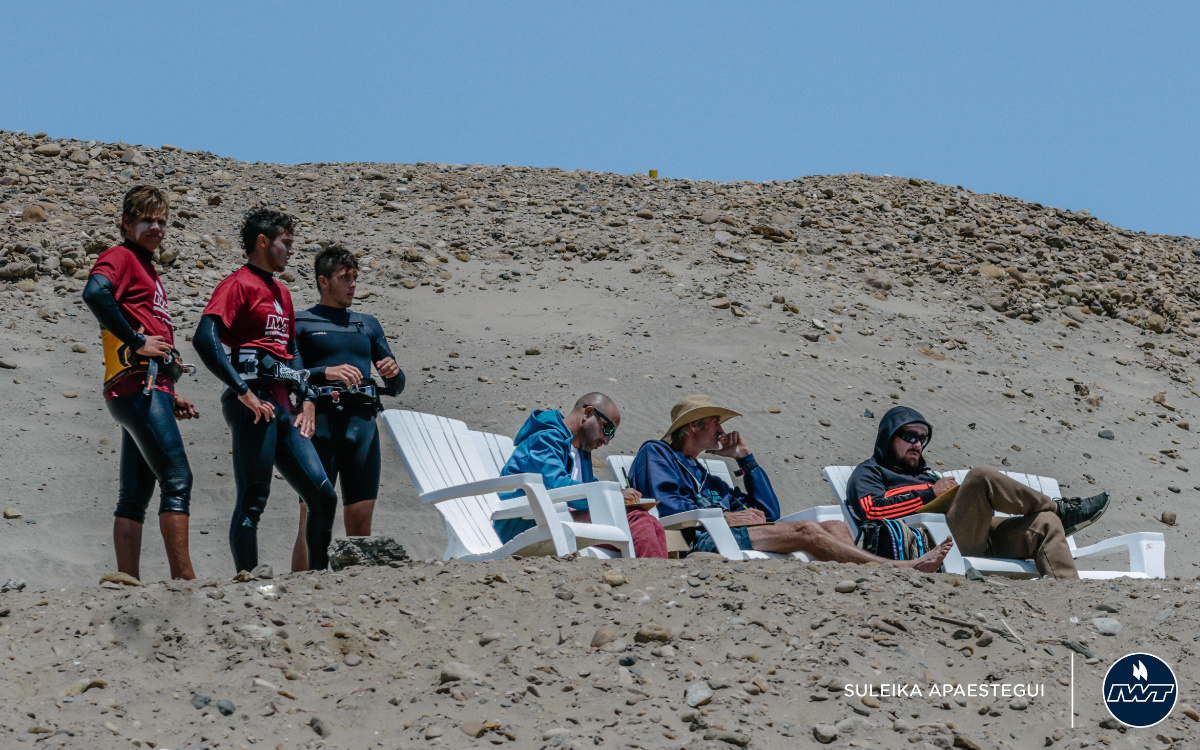 Bar Navri is an 18 year old from Israel who has a quiet shy nature on land but out on the water he attacks every wave with a ferocity and skill that took him soaring above the field of Amateurs to win convincingly. Not quite as skilled yet but a formidable force, was young Hayata Ishii from Omaezaki Japan. At 14 years old he was the youngest of the youth division. Riding his tiny custom single fin board, Ishii had to battle a stomach bug that had laid him low in the days leading up to the event. He chose to pull out of the youth competition in order to focus what little energy he had on the Amateur result. Between heats he could be seen lying on the warm stones at the waters edge, curled up and conserving his energy. Considering he was not 100% his performance to secure 2nd place in the open age group was impressive. 3rd behind Ishi was another of the strong Israeli contingent Liam Segev. All three youth managed to relegate the powerful Argentinian Master Felipe Lamanuzzi (head of the mighty Lamanuzzi clan) to 4th place in the final. Lamanuzzi is a strong rider and it just goes to show how impressive these three youth were . 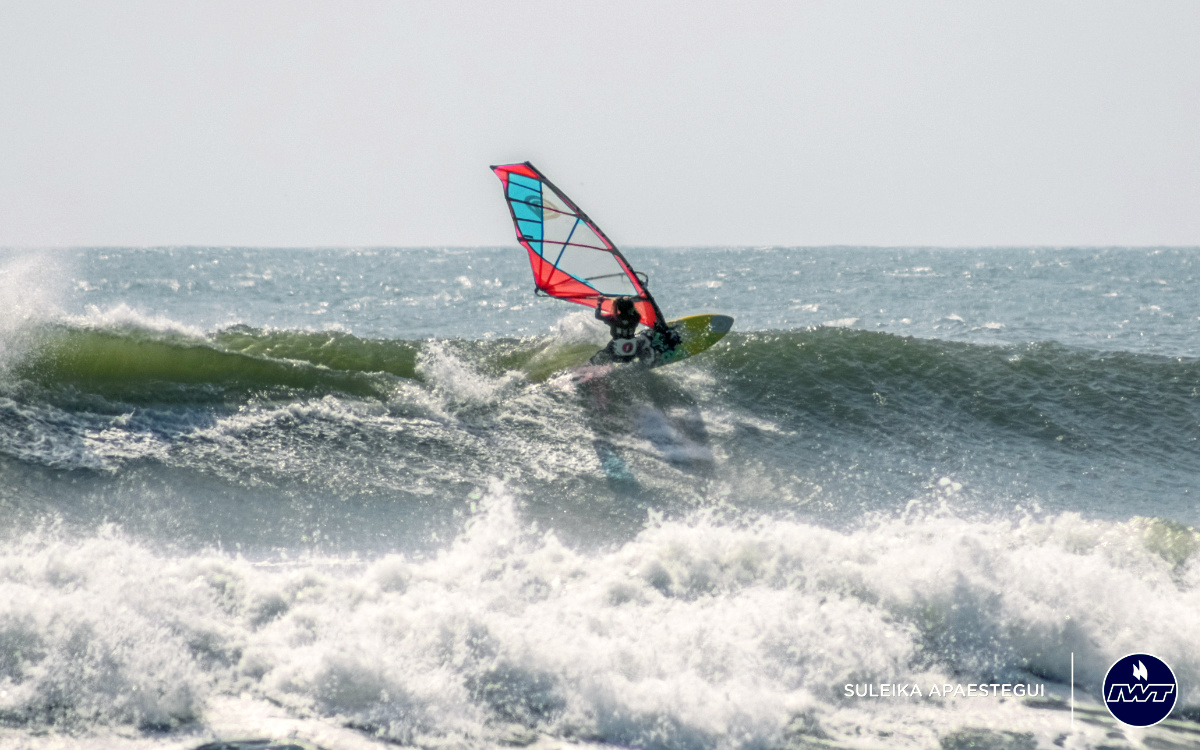 Taking first place was the professional rider Takara Ishii (JPN) who enjoys a level of dominance in the youth field after coming 3rd in the open Pro Men fleet only the day before. Ishii was on fire! He was launching into big aerials, powerful top turns and made a genuine spectacle as he blasted his way to the top of this field in an utterly dominant display. Taking 2nd and 3rd, in a repeat performance of the amateur final were Bar Navri edging out his friend and rival Liam Segev and both ahead of another friend form Israel, Eyal Zror. The Israeli contingent are a tight group, travelling together across the world, sharing a room, always eating all their meals together and all eying each other off on the water as friendships and rivalries created a fantastic competition. All have a background in course racing but all love the waves and seek to pursue their true passion to ride around the world. With their talent on display, we expect to see more of these promising young riders on the international scene in 2020.

For the first time we had a Youth Girls field to celebrate! 17 year old Irupe Lamanuzz (ARG) and 19 year old Kazuki Ishihara (JPN) chose to compete in the open youth fleet, but they were awarded distinct youth girls results in their own right as well the open result. They both wanted to have a crack at the boys and we thought that was very cool. Lamanuzzi has shown strong improvement after spending almost 3 months here with her family. She won her first round heat in the open youth where she soundly beat two of the youth boys with impressive big wave selection determined riding. Ishihara was improving every day on the water here where she is learning to ‘go left’ for the first time! Both riders making it to the semi finals. Lamanuzzi ended up =5th and Ishihara =7th, in the field of 11 youth riders. Impressive. 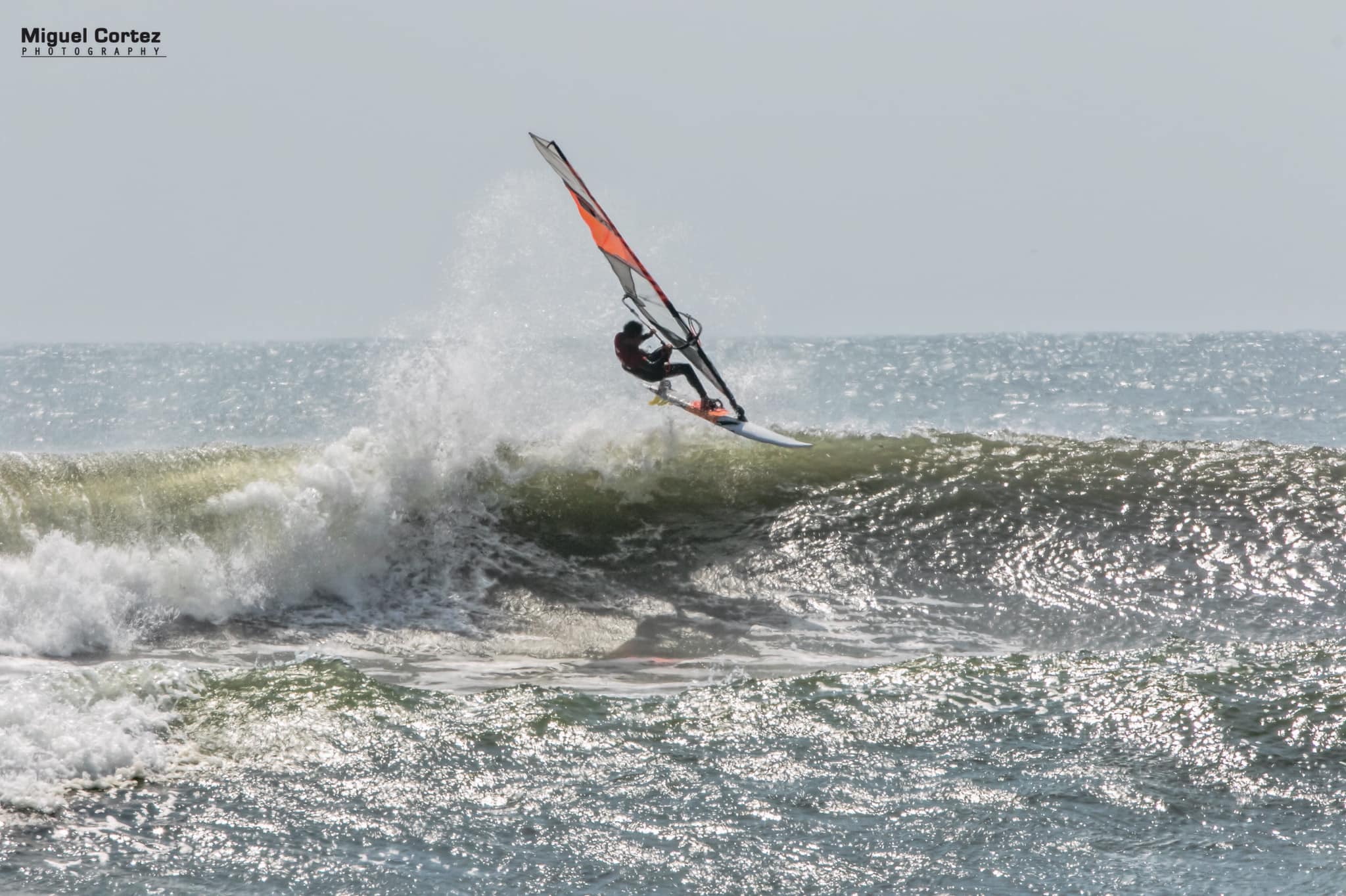 The Masters field was won once again by Simeon Glasson from Australia, but Dan Thomson (CAN) and Felipe Lamanuzzi (ARG) were picking off some of the best and biggest waves . Each were riding with power as they charged down the line in the stronger winds during the finals. 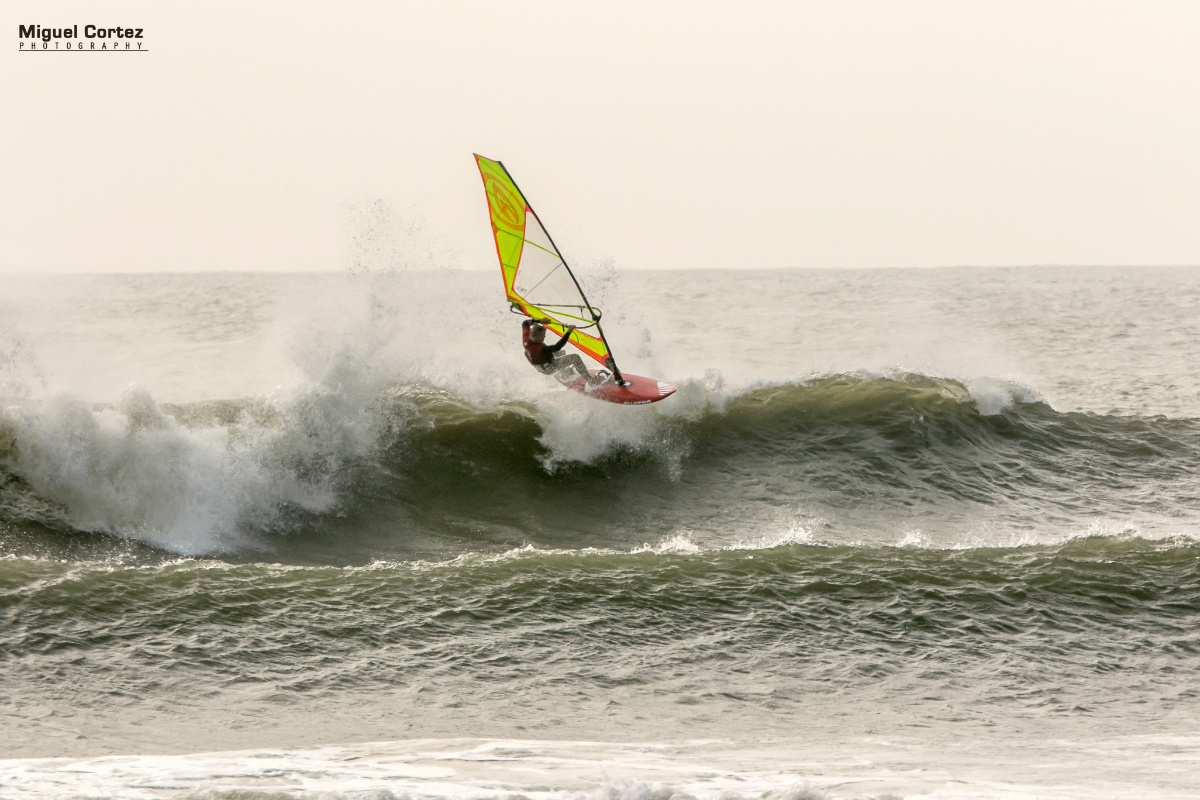 Takehiro Nakano, the lone Grand Master sailed 3 strong heats and really knows how to enjoy life. A former photographer for the Japanese windsurfing magazines back in the day, he now travels the world to windsurf. He leaves kit in his favorite places and travels at the right time of year to enjoy the local conditions to the fullest. He prefers port tack conditions, frequenting places like Lakey Peak Sumbawa Indonesia, Pacasmayo Peru, and Lancelin Western Australia. “I’m old and I’m living my life to the fullest” he says with a smile. 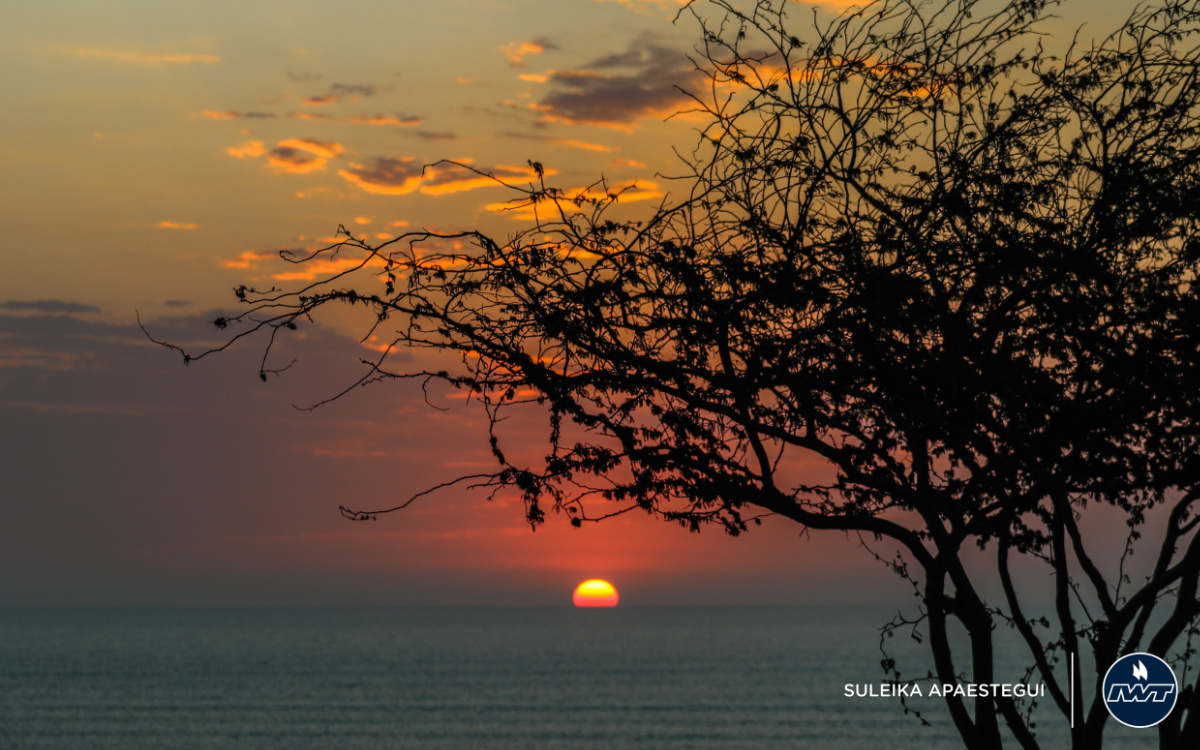 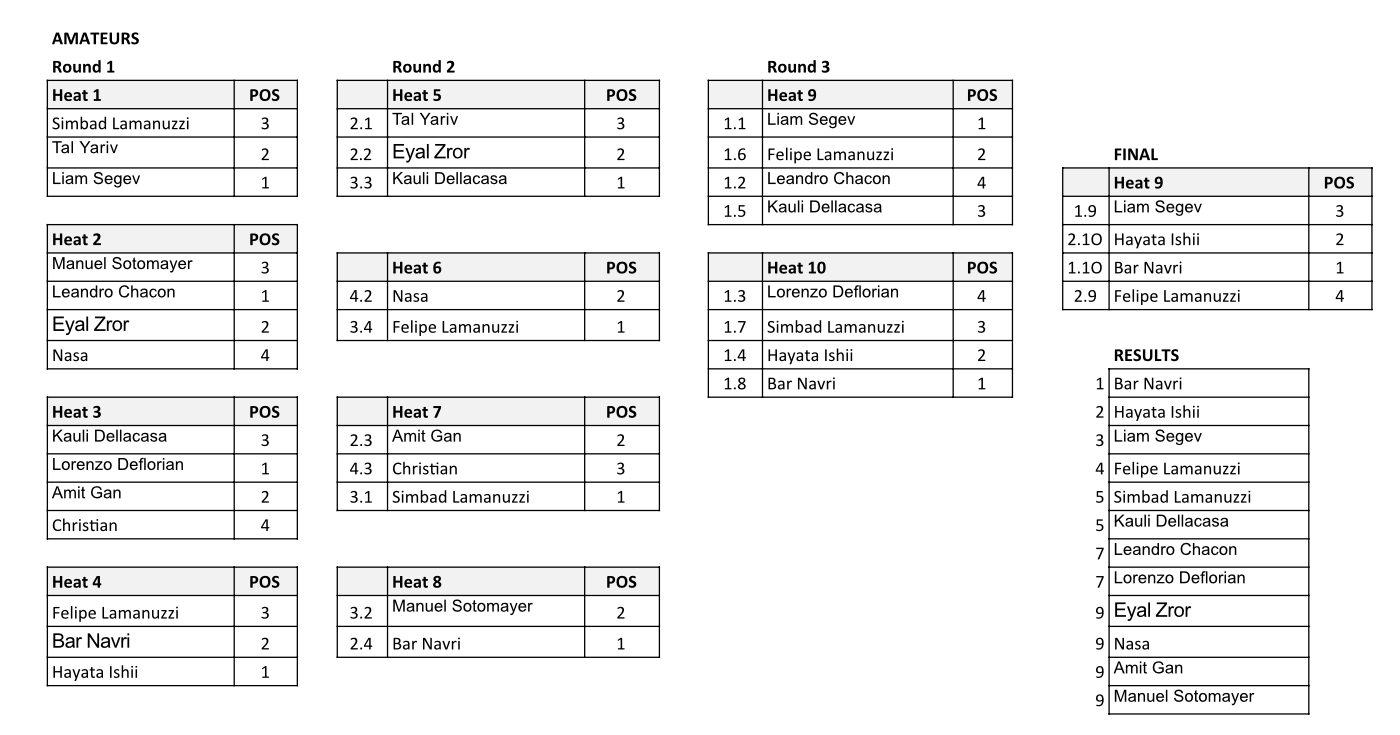