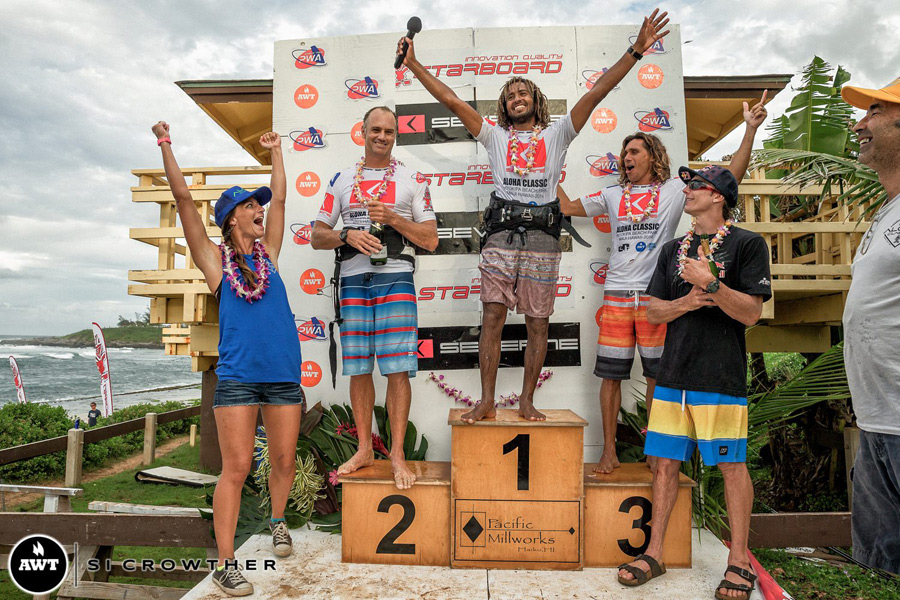 Today we have all been treated to an incredible spectacle of windsurfing, on the second day of competition at the AWT pro bracket of the Severne Starboard Aloha Classic.

Massive sets rolled through all day making it the ideal playground for true waveriders to shine. In the end it was Boujmaa Guilloul who took the win with Kevin Pritchard in second. Josh Stone took the final podium position, with Jason Polakow in fourth. 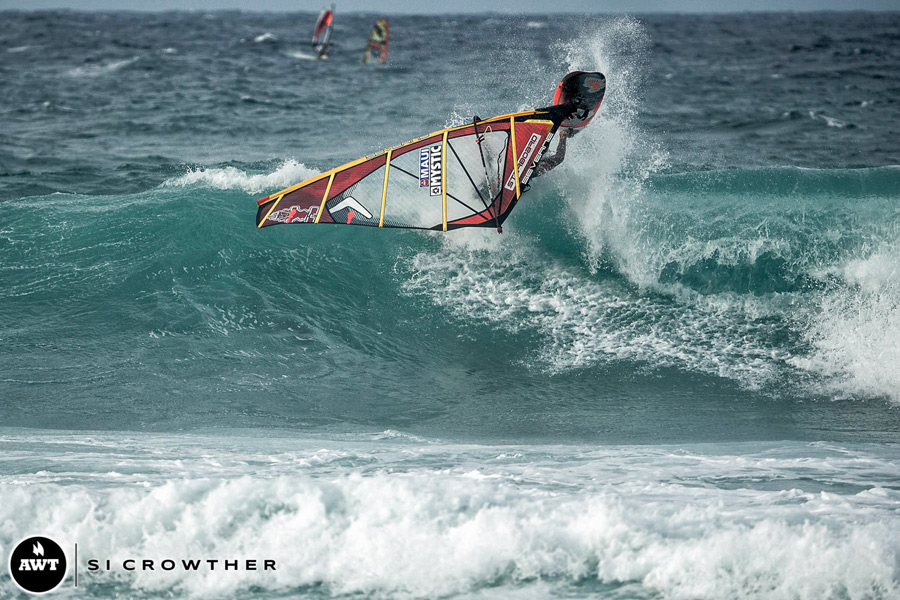 Completing the pro bracket of the AWT also meant we could crown the overall AWT Pro champion for 2014 – Kevin Pritchard. Levi Siver took second place overall, with Morgan Noireux in third. Full tour results and more on this coming tomorrow.

You can check through all the coverage from throughout the day on the American Tour social media (links below) and please get in touch too, we love to hear your feedback! 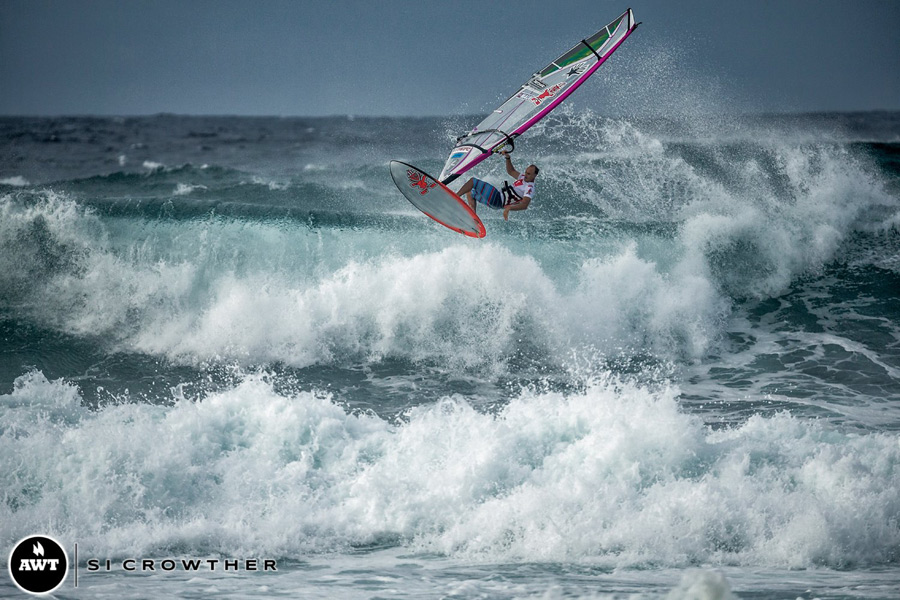 17-year-old Maui local Casey Rehrer sailed a few unbelievable heats today taking out top riders including Brian Talma and Scott McKercher. Another local to make it through to the final eight by sailing some of the best heats of his life was Russ Faurot. It was incredible to see these guys and many of the Maui locals really stepping up their game and taking down/challenging the top seeds.

All eight riders had sailed exceptional heats to make it this far and round six came down to wave selection, hacking turns, massive 360s and pushing it just far enough. Pushing it too far meant a trip down to Lanes and broken gear, not far enough meant a chance of not progressing as everyone was pushing it; it was all about smart sailing.

In the first quarterfinal KP and Stone did just this and both sailed solid heats, rounding them off in style. Keith and Morgan couldn’t quite put together what they needed in the hardest of conditions. The second saw an insane spectacle with 360s and lip smacks being laid down by JP and Levi, but then Levi suffered a gear breakage and Boujmaa stepped up his riding, securing his spot in the final. Marcilio also showed moments of brilliance, but it was again the best put-together heats that made it through (that and managing to avoid the rocks!).

Now the stage was set for the final showdown, almost. After a show-stopping performance in the quarters JP struggled to replicate this in the semi-final, taking forth spot. Just ahead of him was Josh Stone who showed his formidable style and class, riding wave after beautiful wave. But it was again the two who sailed the smartest heats that made it through; KP and Boujmaa both showed a huge amounts of awareness and heat planning, combined with critical turns to take first and second respectively. 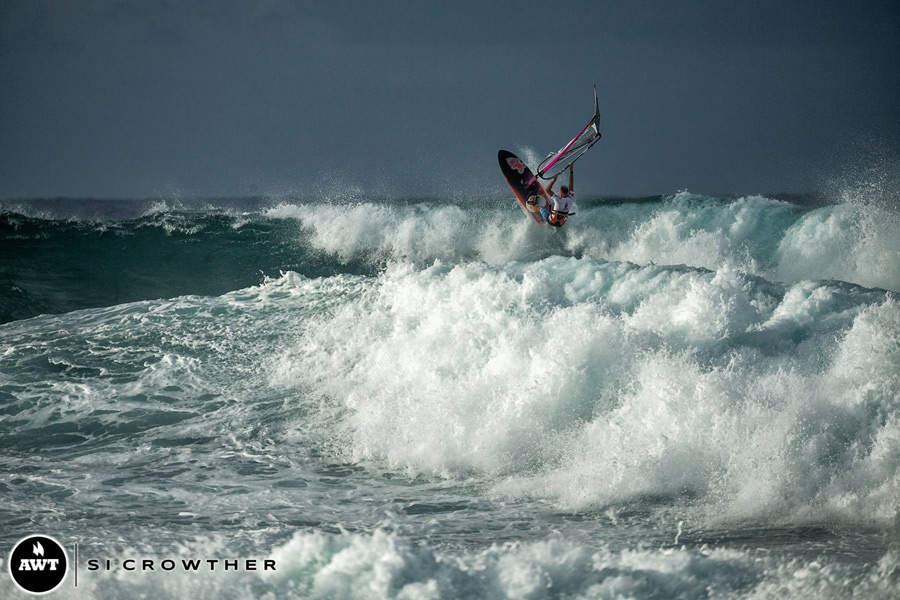 One more super final would follow – 20 minutes with just Pritchard and Guilloul on the water and everything to play for. It was the closest of heats with both riders scoring huge wave after huge wave. Boujmaa closed his heat with a wave with a few turns, a head dip aerial AND a goiter. KP came straight back with another great wave, finishing it with a 360. This heat came down to the wire but it was Boujmaa Guilloul who came out on top.

It has hands down been one of the best days of competition on the AWT and at Ho’okipa, now we will look forward many more days of top level competition as the rest of the AWT fleets will do battle and the PWA register tomorrow morning to join the Severne Starboard Aloha Classic competition.

Stay tuned to all the AWT social media for more updates and lots more images coming from today’s action.

“I was pretty stressed at the beginning of the day, but I tried not to take and risks and just sail as classy as possible, not pushing any limits. I think this paid off. It was tricky conditions, quite sideonshore and the waves didn’t have much of a lip so it was hard to find the perfect wave. Through the day I relaxed and little and I just sailed with no stress. I was really surprised about where I got to; I couldn’t believe it. By the time I made it to the final I didn’t care, as I knew the worst I could get was second, so I just sailed and had fun. Apparently I sailed better than KP who was absolutely ripping, which I just couldn’t believe.

“I love coming to Maui, it is one of the most consistent spots in the world to get wind and waves at this time of year and it’s beautiful. It’s so easy to get into a routine full of sport and forget about all the other stuff at home, you can combine surfing, windsurfing and SUPing; it’s perfect! Maui is also just the heart of windsurfing, being here just helps me improve and I love being here.”

“Us local guys love these kind of conditions, when it gets big; especially us older local guys! It really evens the playing field, at other times the younger guys can bust out all their moves but here today it was all about just pure vertical, hard-hitting waveriding, so I think it really was lucky for us guys. It was a spectacular day and I’m really just blown away to be on the podium, it’s crazy and I’m so stoked!

“I did the event last year and I got smoked in the third round! So it was a nice little comeback for me, it’s probably been eight years since I’ve been on a podium for windsurfing. I really just had fun and that’s what the AWT’s all about, just having fun. Nobody’s out there fighting for a million dollar contract, everyone’s just out having a blast. It would be nice to get into the PWA next… I’m not sure if I’m in yet, we’ll have to wait and see, I think I’m qualified to qualify!

“The county of Maui has done a phenomenal job really stepping up to the plate for the event and it is huge deal for us to have the Starboard Severne Aloha Classic right here on the north shore of Maui.” 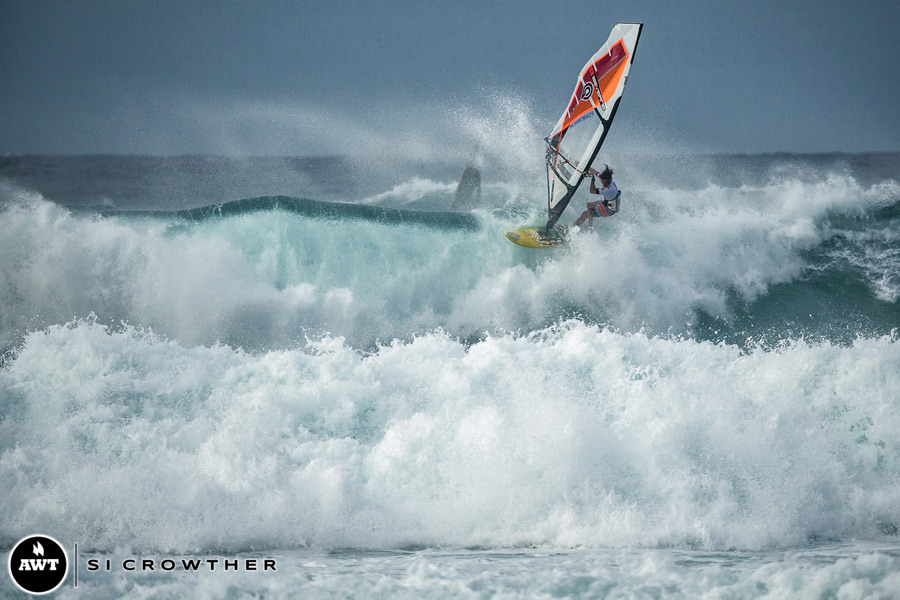 “Amazing waves all day today! I think I might have peaked too early though, I had a really tough heat with Levi and Brawzinho and then in the semi I tried to keep the flow going but it just didn’t happen. I was trying to set-up a 360, I had a nice wall on the inside but then it kind of dropped out and I couldn’t seem to pick the best waves. I didn’t see the other guys waves but I’m sure they got some great ones, so congratulations to Kevin and Boujmaa for making the final.

“I haven’t competed for a while over here but I was just back and didn’t have any obligations and I mean I love to windsurf so why not! I love to support the AWT and the PWA and I just want to be part of fantastic event. It’s great to be part of the event back on Maui and I think if we keep working hard we can just build the event bigger and bigger.” 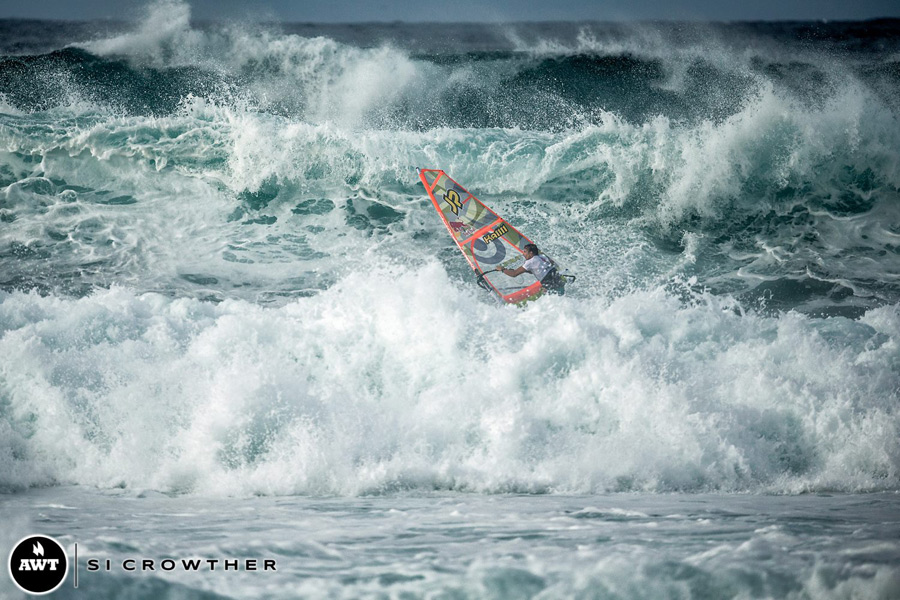 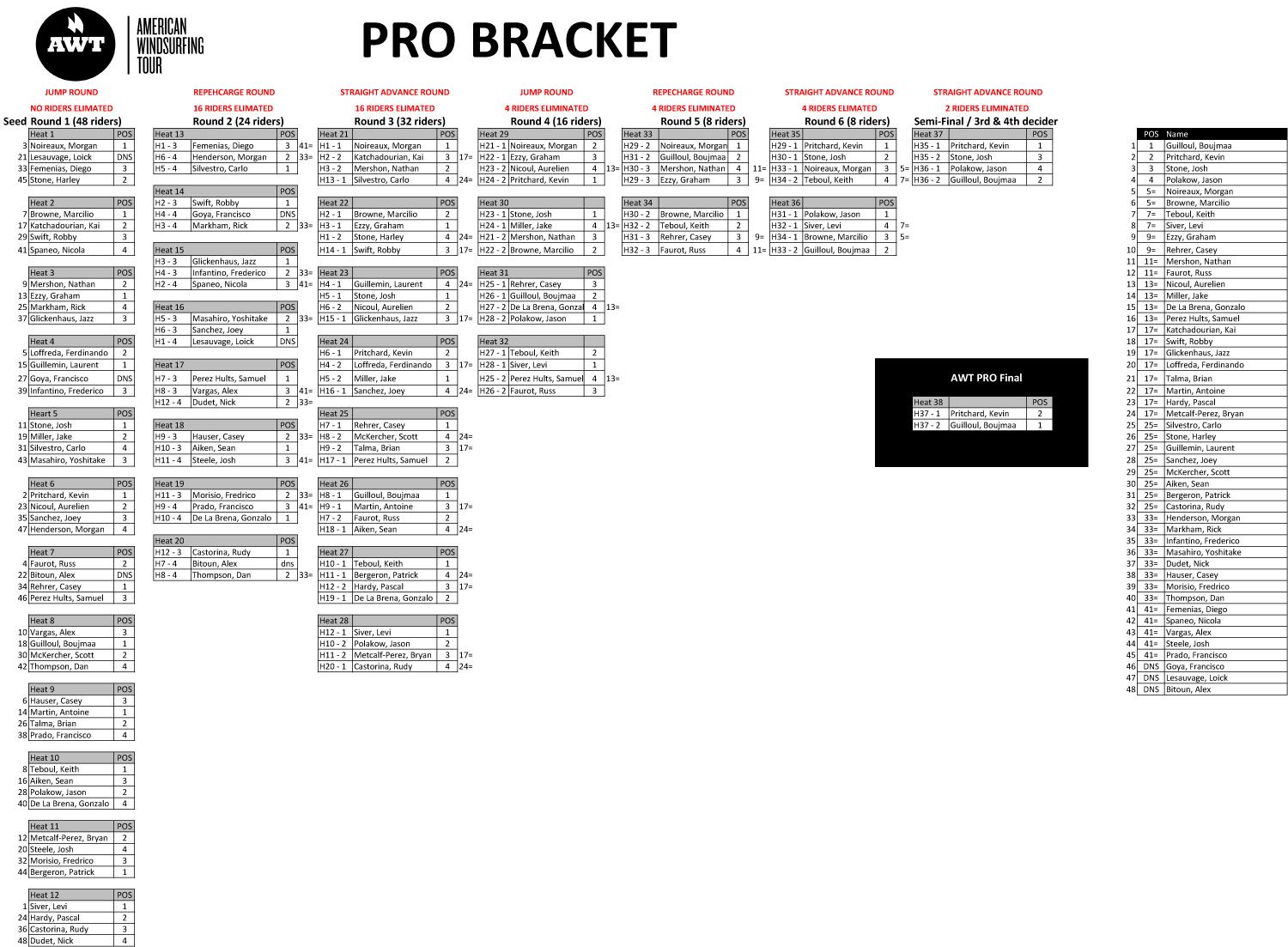