With a lay day officially being called for the penultimate day of the 2018 Morocco Spot X event, we caught up with a few of the girls for interviews. 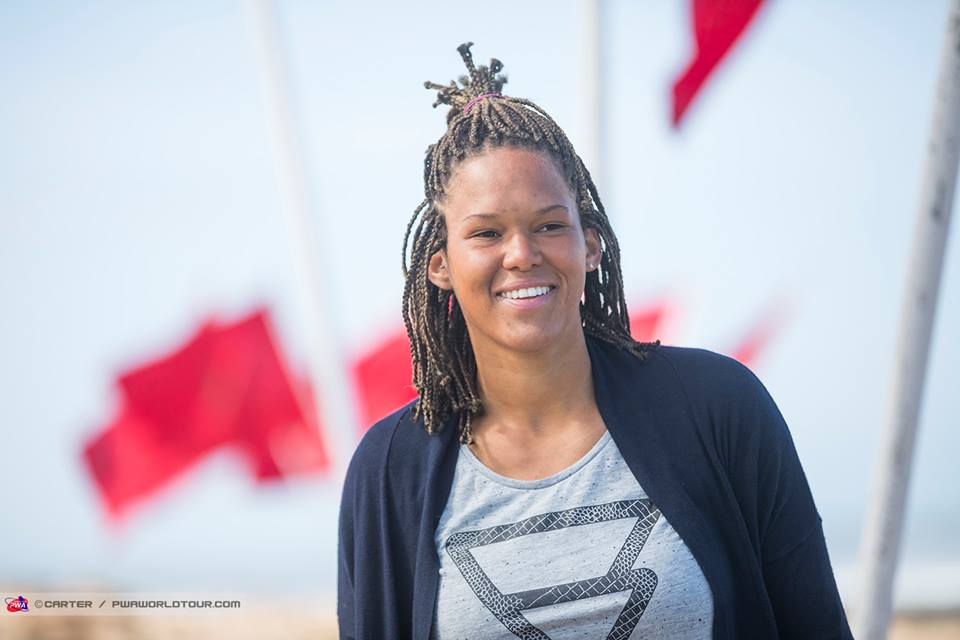 Sarah-Quita Offringa (Starboard / NeilPryde / Maui Ultra Fins) on her experience in Morocco and the contest so far with one day to go – currently occupying 2nd place: “I’m very grateful for this opportunity to come down to Morocco and participate at this women’s only wave event. I’ve always wanted to come down here, but it’s really nothing like I expected. It’s all much, much better. Coming from the Caribbean, Morocco is about as exotic as it gets for me. I love the mix of Arabic and French. The food is great and the hospitality is amazing. The locals are incredibly kind, warm and welcoming.

Before the contest, I had some great days of sailing. And even though It would have been great to have more wind and have jumps added to the contest, I was secretly quite excited about a wave riding only contest. This is where I need and want to improve. I mostly need more patience to actually wait for a set and pick up a good wave. There were a couple of big sets during the day and it was great to watch all the women attack the bigger ones!

We had a 30-minute final and those were the best conditions all day. At some point, we were cheering each other on during the heat. I feel pretty happy and lucky to have been part of that final. And just wanted to say a big congrats to Iballa again. Her riding was really inspiring all day long.” 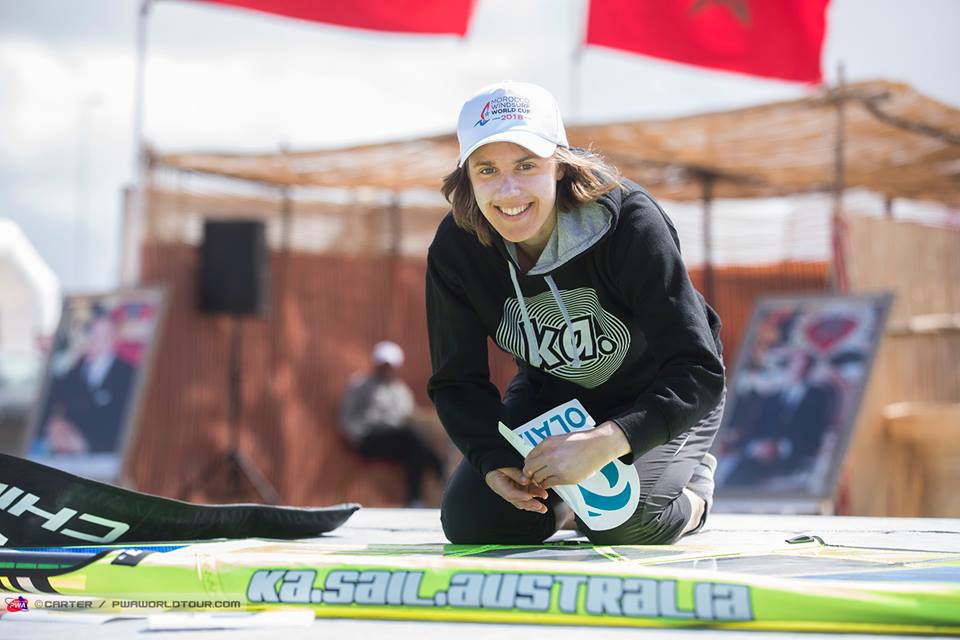 Marine Hunter (KA Sail), who came within a minute of knocking out multiple time world champion – Daida Moreno (Starboard / Severne / Maui Ultra Fins) – only to be denied a place in the dying moments as Daida produced a buzzer beater:

My fatal mistake in the semifinals was starting to think too hard about what I should do and where I should go! I thought I was too upwind and I took this wave to go down the spot a little bit. Actually I don’t think that that’s what dragged me down, but instead, I think it was my state of mind. I made other mistakes and ended up swimming a lot. I must say I felt a little disappointed but I was not as composed and in control of my heat as the previous one, so it came more as a lesson than frustration. This 0.5 points difference was actually a self-confidence boost about my surfing abilities and it made me feel like I could have held my place well in the final.

How was sailing in yesterday’s conditions for you?

I went out after I saw all the boys succeeding in getting out knowing I would not be alone trying. Luckily there was enough wind to plane with the big kit (78l 4.7) but when I managed to make my way out for the first time a huge set started breaking at the back and closed the exit! Chicken-jibe and back to the beach. I tried for another hour yelling with frustration as I saw the white water sweeping the channel again and again. Eventually the sea held its foamy breath long enough for me to realise that NOW was the time! Once outside I spent a lot of time hiking between the liquid hills, taking the least possible risks. I had never sailed in such conditions before, and even last Saturday’s conditions couldn’t compare. I felt a little lost on which waves to catch on which peak and I joined the guys who were shredding downwind. Going down the waves was a very bumpy and thrilling ride, everybody was shouting with a mix of excitement and fear I think!

What do you think of Morocco? I love it! I didn’t expect to see such a green and wild country, the landscapes are beautiful. I wish there was less plastic on the beaches though, it’s a good pretext for morning walks in the cliffs ^^ This Essaouira region is a perfect blend of greenery, side-shore, tasty food, beauty, simplicity, quietness, smiling faces and craziness! A pure gem.

We also caught up with Maaike Huvermann (Starboard / Severne / Maui Ultra Fins), who is the Freestyle Vice-World Champion and preparing to compete in more wave events throughout the year:

This is only your 2nd or 3rd wave event isn’t it? How do you enjoy competing in the waves compared to freestyle? And how has your experience been in Morocco so far?

I’ve loved Morocco so far, I’ve sailed the biggest waves of my life and learned a lot about wave sailing in general. This event is my 2nd wave event. I’ve done one in Sylt before, but that was just me doing loops so I’d call this my first ‘real’ one. The wave event is very different for me than the freestyle events. In freestyle I’ve got a pattern that just repeats itself every single time. Before the event I think about what moves I want to try, maybe make a few variations for when the wind turns out lighter than expected so I have a good idea of what I want to do. During the comp, I go out 3 min before the heat, start with a certain move and end with a certain one. When I get off of the water, I pretty much know what my score is depending on what moves I landed and how I executed them.

In waves however, there’s way more variable’s. You don’t know what waves and ramps are going to show up, how the wave is going to build up, if it will be just waves to count or also jumps, what the duration of the heat is etc. So it’s harder to prepare as you have way more decisions to be made in the heat itself, rather than before the heat/event. I never really know what my score will be either. This difference is what makes me like it. To be able to vary different things. I lack some experience and have a lot to learn so this also makes doing the wave competitions more of a challenge.

Yesterday, you looked to be sailing well in tricky conditions… how did you feel yesterday and were you disappointed to see your heat cancelled?

I was a little scared to be honest. My board is a pretty small (70L) and my sail was big (5.0). Not the best combo, so I knew this was going to make it harder to make it out. I love competition though so as soon as Duncan made the call to give it a try, I forgot about it all and just went out. I think I was a little lucky to make it out, in the right spot at the right time. I was very stoked to make it out and even more stoked to ride the waves. So my level of stokedness (I just made that word up I guess) was so high that I couldn’t care less about the heat being cancelled. It was only in the evening that I was a little upset about it.

Yesterday you also said you plan on competing in the Canaries as well… at the moment would you say your prefer starboard or port tack? And what are your aims for the season?

I don’t think I have a preferred tack. Whenever I’m at a spot for at least 2 days it changes. In Holland I always used to sail port tack, so I thought I preferred that. Then I went to Brazil and got used to starboard tack very easily, so I figured starboard tack was easier for me. In Vietnam it was port tack conditions, so my preferred tack switched back to port again, and now I’m here in Morocco preferring starboard tack. Confusing? Probably. 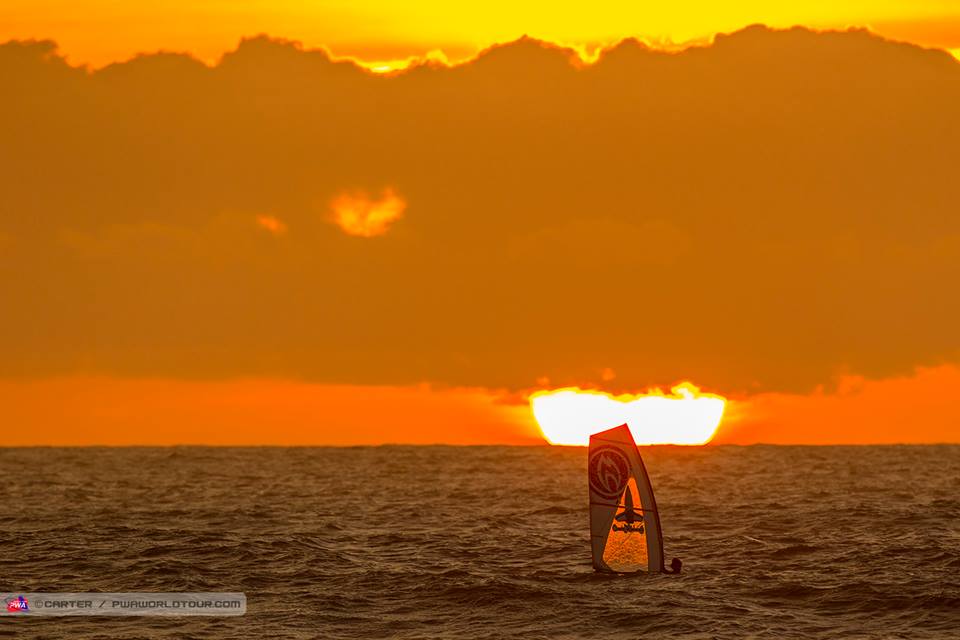 The skippers’ meeting for the final day has been called for 9:30am with a first possible start at 10am (GMT+1), but it looks as though the odds are stacked against our favour with light northwesterly winds and another long period swell expected to arrive for Saturday (3.1m @ 16 seconds). 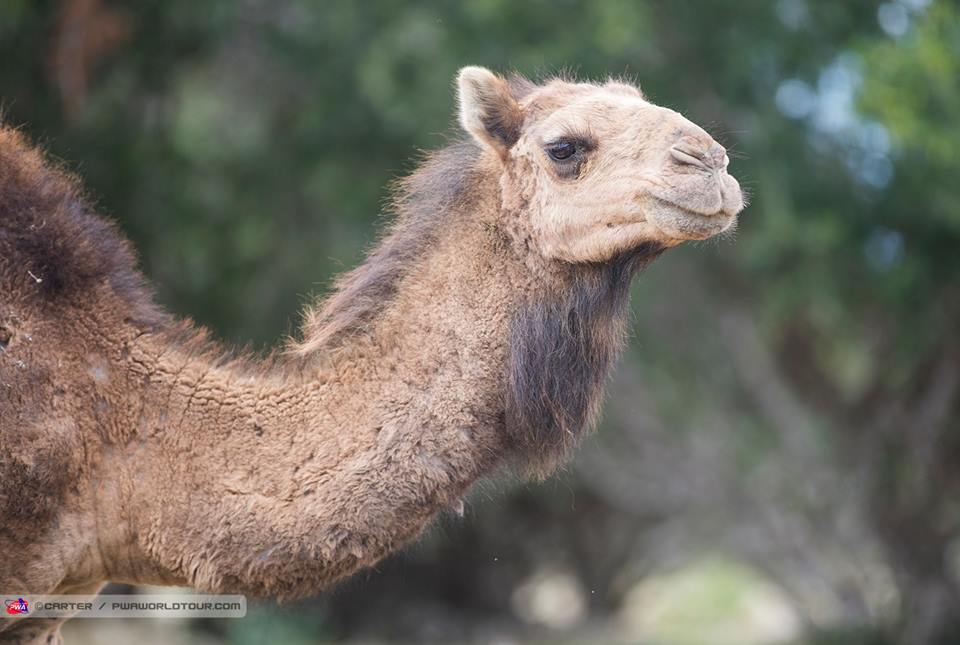