Day one of the NoveNove Maui Aloha Classic started with a bang.  The wind was up first thing in the morning with shoulder to head high waves nearing logo high on the sets.  The 130 competitors gathered near the Ho’okipa life guard tower and migrated into a circle on the beach grouped by their home countries.  With over 30 countries represented, flags were distributed to their respective bearers.

Photo: Canada and Morocco well represented at the opening ceremony

The opening ceremony began with a traditional Hawaiian blessing performed by Vene Chunn. Giving thanks to the wind, beach, and ocean, everyone ushered in the launch of the event. Some inspirational words from Maui county officials, and AWT tour organizer, Sam Bittner completed the ceremony. Head judge, Duncan Coombs called for an 11:00 AM start for the Pro Trials followed by the Masters later in the day.

The Pro Trials had a solid 34 man bracket all vying for 7 available positions in the main event. An action packed first round gave us Zane Schweitzer, Colin Baker, Chris Freeman, and Sean Aiken in the first heat (Heat 9) of the second round. Despite his best effort, Aiken fell short of advancing with Zane and Chris claiming the top two spots. The following heat (Heat 10) was comprised of Michi Schweiger, SUP world champion, Connor Baxter, Brice De La Menar, and Patrick Bergeron, with Michi and Conor advancing to the final.

As Heat 11 began, the swell kicked up with consistent logo high set waves. This stacked heat had Rudy Castorina, Brian Talma, Ishii Takara, and Laurent Guillemin duking it out. This one was a nail biter with Laurent taking first and Brian barely sneaking out the 2nd place finish over Rudy. 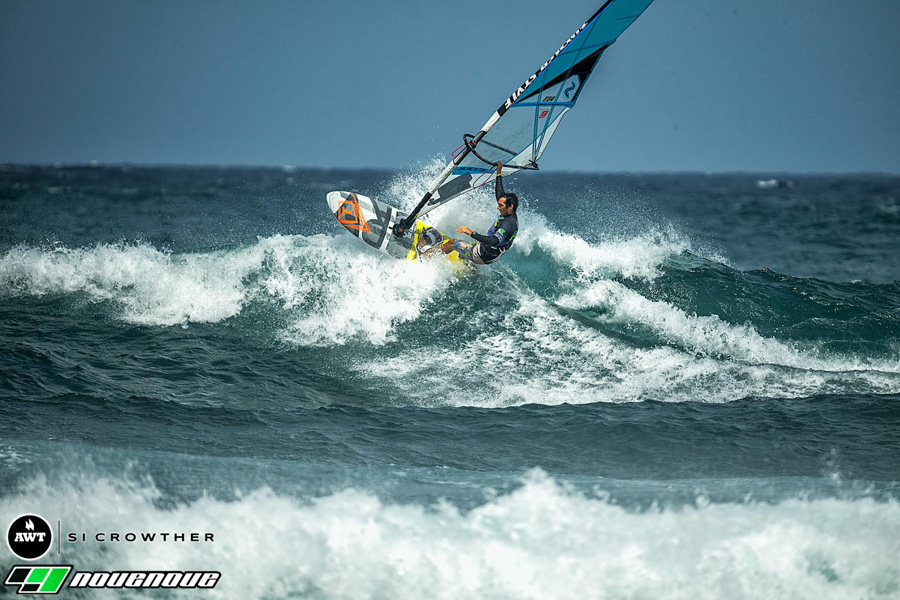 Photo: Rudy Castorina’s performance oozed with style, but he just missed the cut into the Pro Bracket

The last heat of the second round saw Daniel Di Rosa, Naish kite designer, Damien Girardin, Eternal Rider, Pascal Hardy, and Take Mashito. This was the closest heat of the round with 3 tie breakers. Daniel and Pascal were the lucky ones to advance to the final.

An 8 man, 28 minute final was scheduled to run with the top 7 advancing to the Pro bracket. Unfortunately, Daniel injured his foot and had to pull out, so no final was run. Congratulations to our 7 advancing riders who we will see in the Pro bracket: Zane Schweitzer, Michi Schweiger, Connor Baxter, Pascal Hardy, Chris Freeman, Laurent Guillemin, and Brian Talma.

Photo: Pascal Hardy’s powerful turns allowed him to advance in both the Pro Trials and the Masters divisions

With the Pro Trial final canceled, Coombs moved right into the Masters fleet with 24 riders competing in a repechage bracket. With some heavy hitting local pros advancing in age, the Masters bracket ended up being stacked with the likes of Keith Teboul, Kai Katchadourian, and Josh Stone signed up to go against the hard hitters from years past like Sean Aiken, Pascal Hardy, and Brian Talma. 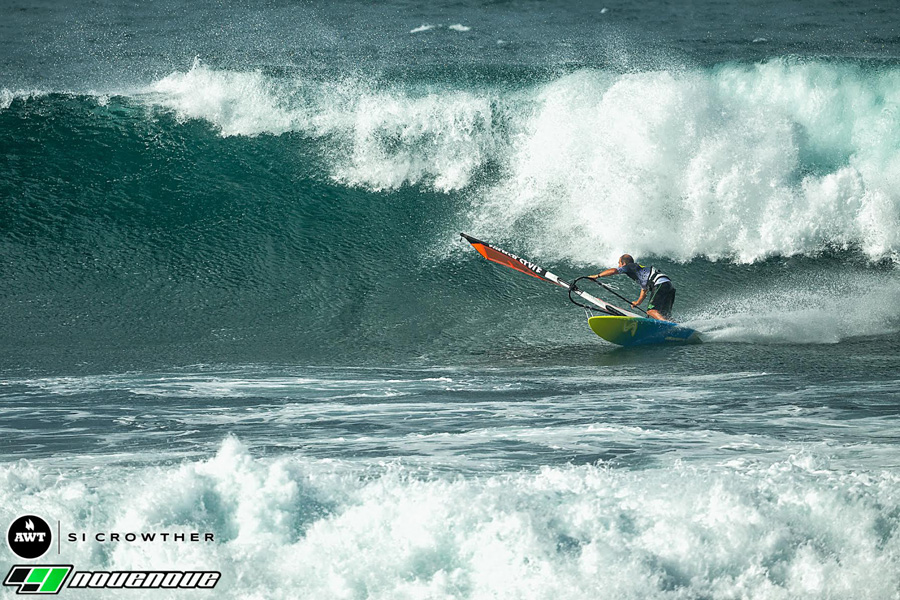 Photo: Kai Katchadourian lines up a gorgeous bottom turn as he tore through his first round Masters heat

The action packed round one advanced half the round 3 fleet with Ferdinando Loffreda, Pascal Hardy, Brian Talma, Kai Katchadourian, who was on a tear seemingly catching every wave in his heat, Yasuhito Ogasawara, Michi Schweiger, Sean Aiken, and Josh Stone. Round two will be finished tomorrow to fill out the second half of the round 3 fleet. Several interesting battles will warrant some attention as the Masters fleet continues to work through it’s bracket. Ferdinando and Jeff Albright are both aiming to take the AWT Masters title for the 2016 tour, which will come down to this event. Sean Aiken will be looking to defend his title at the Aloha from last year, but will have to contend with Katchadourian, Stone, and Hardy – no easy feet. Stay tuned for this to play out tomorrow.

RIDER NOTICE
The skippers meeting will be held at the notice board at 10:30 AM tomorrow, Nov. 1st.
Masters, Grand Masters, and Youth are on call for the skippers meeting
First possible start is 11:00 AM, and will likely be the continuation of the Masters fleet.
All other divisions are released for the day tomorrow, Nov. 1st.
CONDITION REPORT
All eyes are on Wednesday for an incoming swell that could be on par with last year’s epic conditions. These means the Pro Men and maybe the Pro Women might go on Wednesday. Keep your eye on our AlohaClassicMaui.com website for the live feed of the Pro divisions with live commentary by Kai Katchadourian. 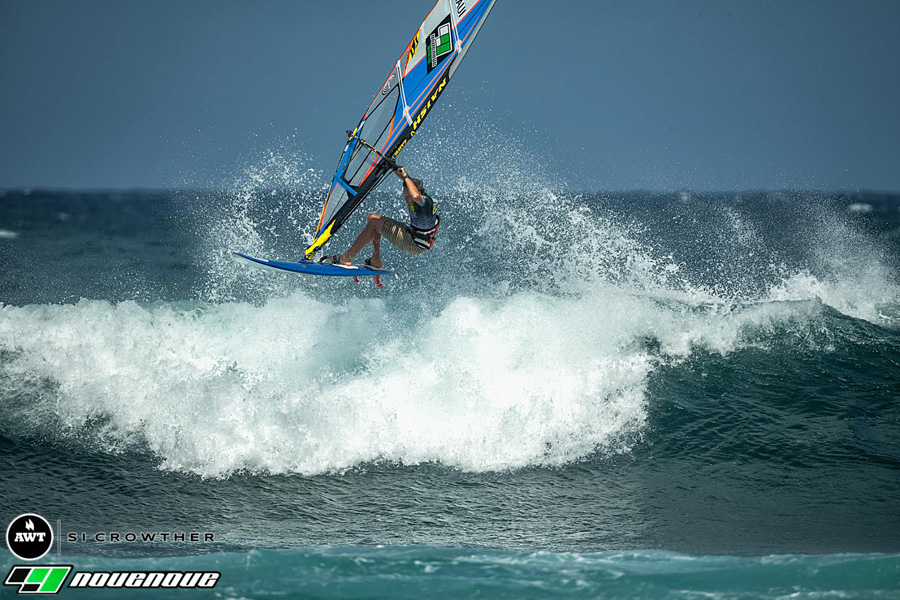 Photo: Sean Aiken found his groove in the Masters division, easily advancing to the 3rd round

** A huge Mahalo goes out to NoveNove, the County of Maui and all the sponsors. Please show them some love for supporting this great event!**