Day 2 of the NoveNove Maui Aloha Classic was another productive one. The wind was nice and filled in first thing in the morning, with the waves slightly smaller than Day 1. Head judge, Duncan Coombs, called for the Youth and Grand Masters to run with a few Masters Heats sprinkled in.

On the Grand Masters side, there were 9 competitors. AWT riders, Colby Deer, Dwight Bode, and Scott Shoemaker were all jostling for position amoungst the 2016 Tour rankings. With no one being knocked out in the first round, the first knock out round was in Heat 4, where unfortunately Colby drew the short straw. However, Colby’s 9th place finish coupled with a strong showing the rest of the year, was enough to solidify his spot at the top of the 2016 Grand Masters podium. Congratulations Colby! 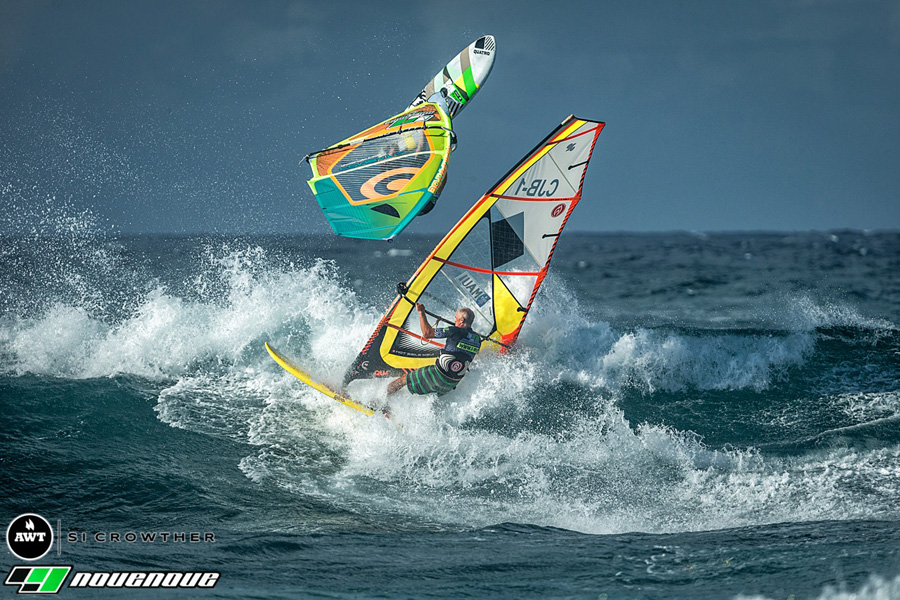 Back to the bracket, Round 3 had some good battles with Colin Baker, Tom Garcia, Rob Funk, and Scott Shoemaker advancing to the finals. This left Dwight Bode and Sven Zedlick tied for 5th, and Jeff Lackey and Andy Bridge tied for 7th. Dwight’s 5th place finish cemented his spot as the second place finisher for the 2016 AWT season. 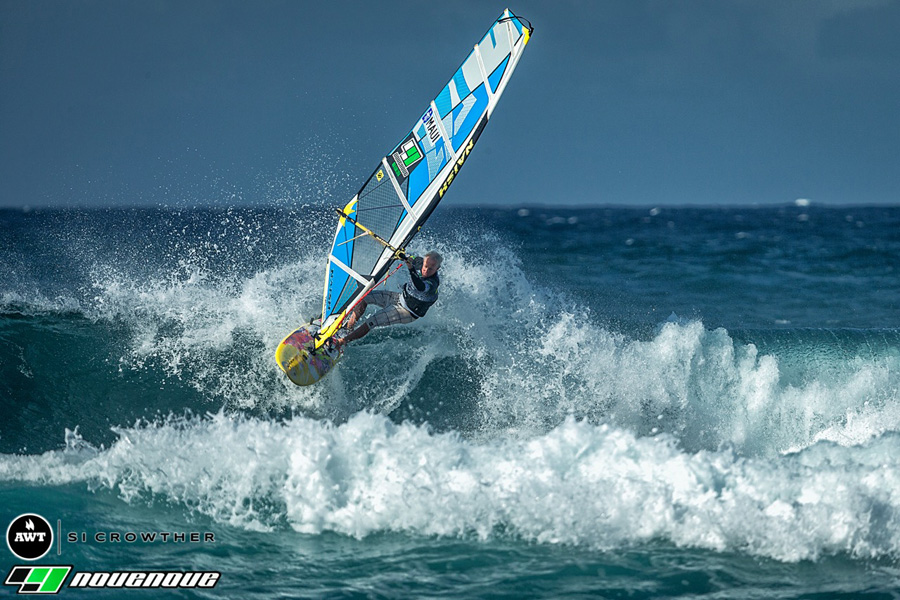 The Grand Masters final was run in a unique vortex of quality conditions, with good wind and waves for the heat before and the heat after. Despite the challenging conditions, our Grand Masters made the most of it. Funk had the clear best wave of the heat and Tom put together a couple of good scores. Scott was very active throughout the heat, but it was not enough to move up the ranks. This left him in 4th place, which was just enough to sneak into the bronze position for the 2016 Tour rankings! Colin Baker finished in 3rd place, with Tom Garcia in 2nd, and longtime Maui local plus Aloha Classic judge/live cast announcer, Rob Funk handedly taking the top spot. A huge congrats goes out to all the competitors in the Grand Masters. Be sure to come down to the closing party at the MACC for the full awards ceremony. 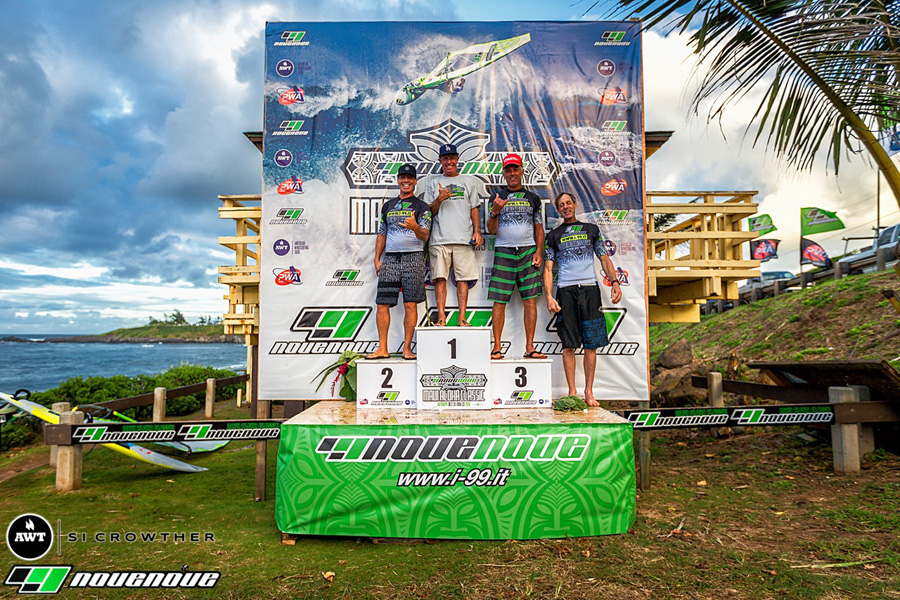 On the Masters side of things, Coombs was able to sneak in 7 more heats throughout the day. The clear stand outs were Kai Katchadourian and Josh Stone, both of whom dominated their heats. Also sailing really well were Sean Aiken, Pascal Hardy, Brian Talma, and Patrick Bergeron, with an active Michi Schweiger and Jeff Henderson rounding out the top 8 to be run later. 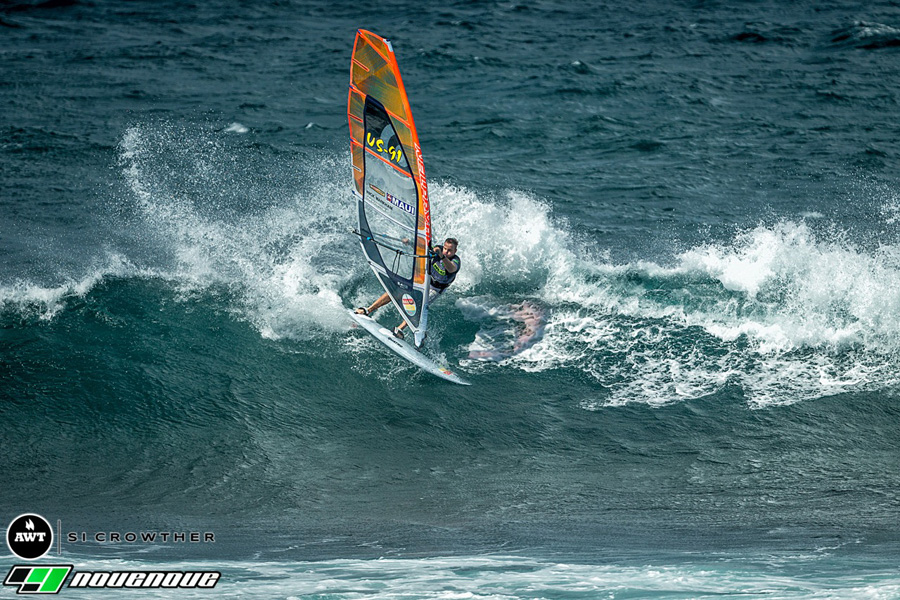 With 2016 Tour leader Jeff Albright, second place Ferdinando Loffreda, and 3rd place Carl Spiess all being knocked out, all eyes turn towards Sean Aiken to see where he will land. Sean, having won the masters division multiple times before is within striking distance of the 2016 overall tour podium, but as we know, he has some serious competitors to contend with. This race is surely worth a watch moving forward as the Masters final will likely look more like a Pro Men’s heat! 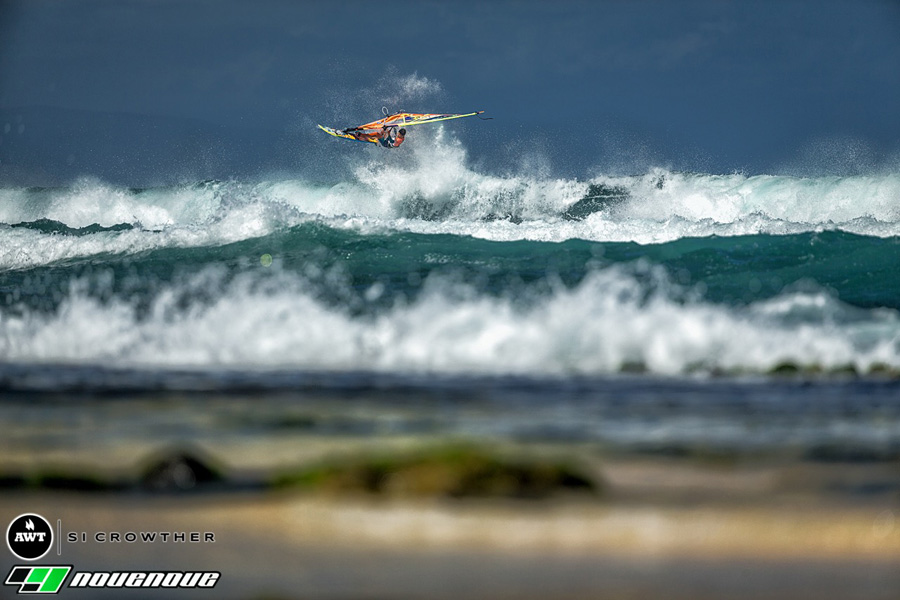 Lastly, the Youth bracket was on fire all day long. The Japanese contingent was well represented along with the Schettewi clan. Add in Maui locals, Harley Stone, and Landin, and you have one competitive bracket. One of the more impressive story-lines out of the Youth bracket is Landin, who has only just learned to windsurf this year. Rumor has it that he just started sailing in June! With a strong surfing background, his wave selection and positioning were outstanding, with several incredible sequences worthy of most seasoned veterans. Landin sailed so well, he just barely missed the finals. 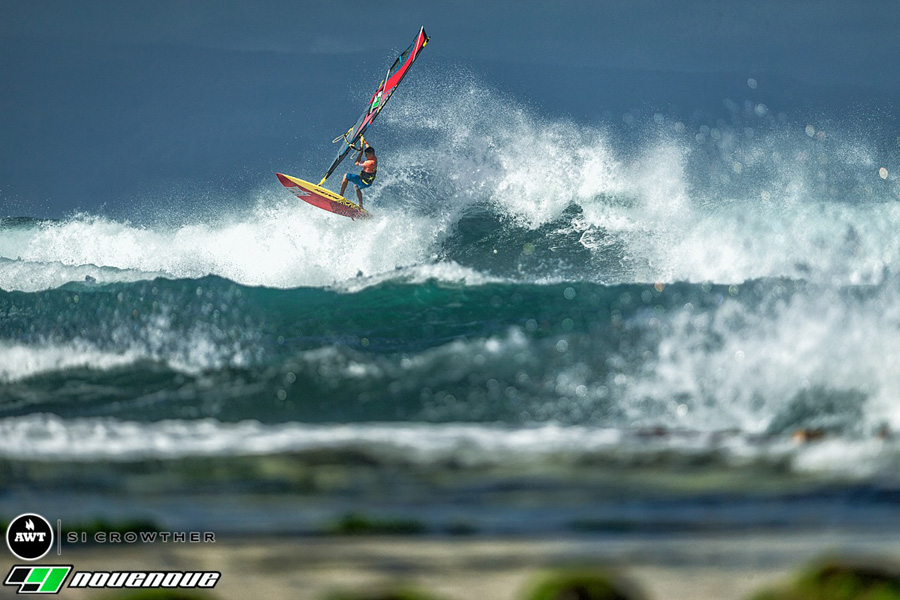 Also sailing really well, was Z, the youngest Schettewi brother. While he also missed the finals, he is a rider to keep your eye on as he gains more experience and polishes his skills. Along with Yushi Shirakata, Harley Stone missed out on the finals. Harley was sailing an excellent heat and finished with the highest wave score, but snapped his outhaul on a forward loop, and couldn’t quite get it together after that. 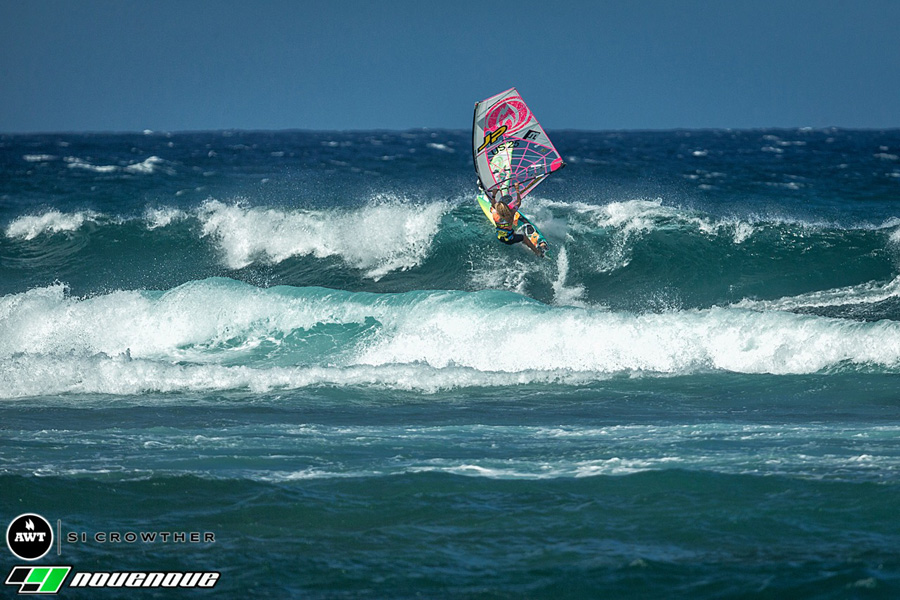 Photo: Jake Schettewi lines up another smack as he clinches the 2016 AWT Youth Championship.

The final was comprised of Jake Schettewi, Takara Ishii, Max Schettewi, and Takuma Sugi. After a brief lull in the waves, a great set showed up for the start of the heat. Jake and Max went back to back, with Jake getting the better score despite Max picking off the larger wave. Ishi was quick to strike next and Sugi was soon on the board as well. After a few more exchanges, Sugi rode one of the better waves straight through the channel. Not to be outdone, Jake continued his onslaught of well selected waves. As the horn rang, Jake was the clear winner, with Sugi in second place, Ishii in third place, and Max rounding out the top 4. A big congratulations goes out to all the youth riders for putting on an excellent showing of talent. 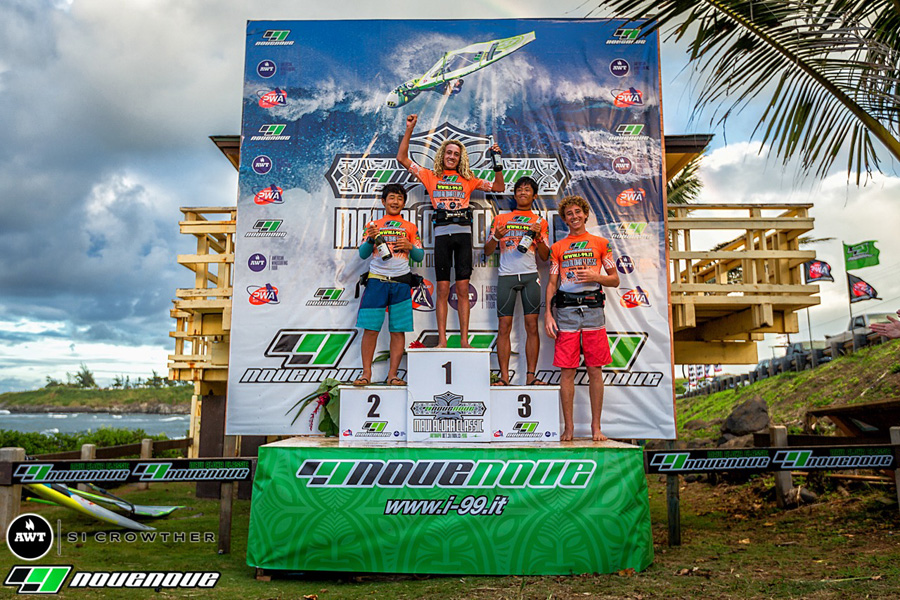 This event breaks the tie breaker for the overall 2016 AWT rankings, firmly planting Jake at the top of the podium, followed by his brother, Max, and Z in third to make it a full Schettewi sweep. Again, be sure to attend the closing ceremony to participate in the award giving.

With a busy Day 2 in the books, it’s hard to believe the action is just ramping up. Coombs is looking to get the Pro Men and Women going tomorrow, Nov. 2nd, as a big swell is foretasted to come in.
SKIPPERS MEETING: 10:00 AM
First possible start: 11:00 AM
Pro Men and Pro Women on call
All other divisions released for the day (Nov. 2)
Be sure to follow all the action on the live stream at AlohaClassicMaui.com