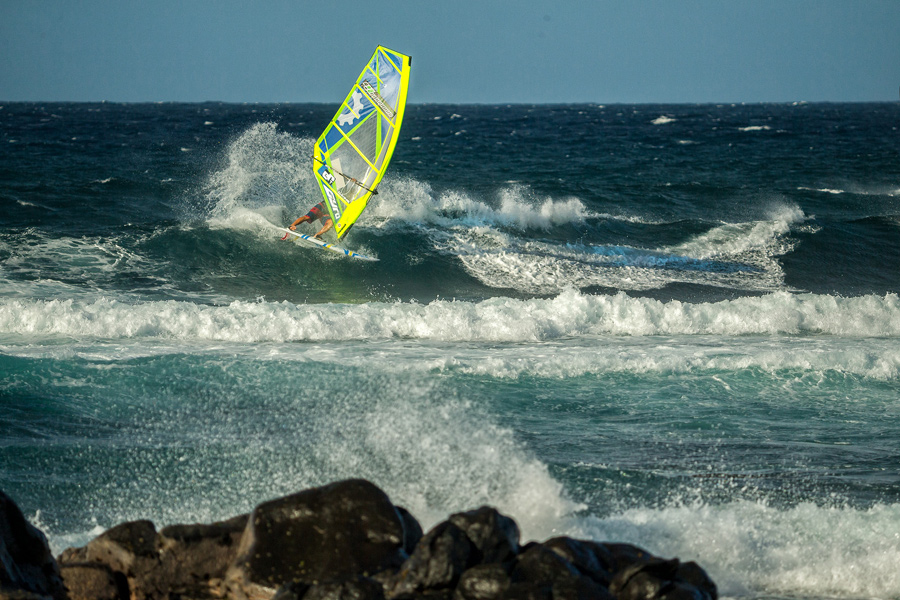 Pascal Hardy with a busy day in the water

First up, the Masters Double Elimination had some exciting battles. With everyone sailing well in some challenging conditions earlier in the day, the final round of four, before the man on man heats, boiled down to Aguera, Talma, Foster, and Glasson. The winner was Foster, who appeared to be on a mission, looking good on a new Naish kit. 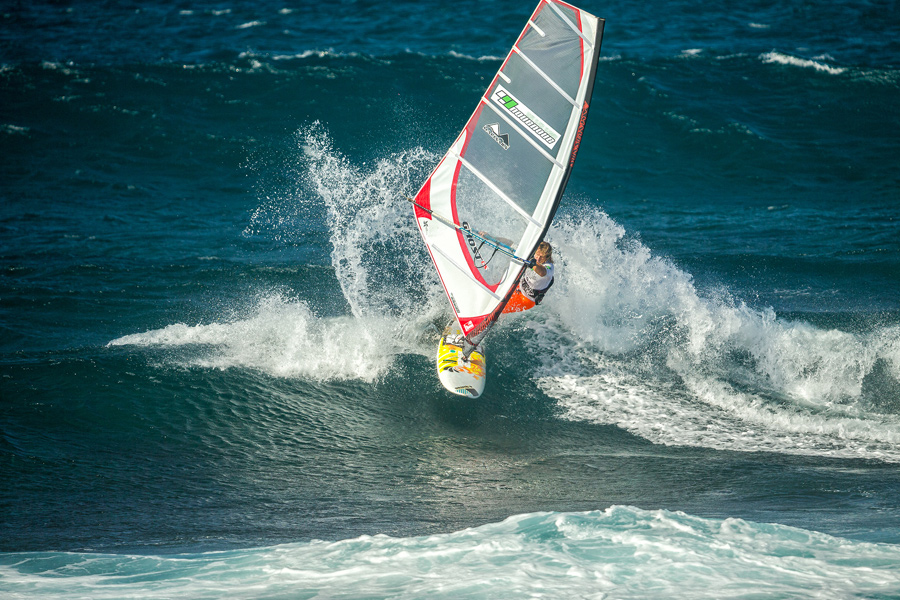 The first winner he faced was Loffreda. With a solid heat sailed by both, Foster’s wave choice was better allowing him to do more on the larger faces. Next up, Foster took on Bergeron. As this was later in the day and the winds were dropping, Bergeron appeared to have the right sail and board combo and was able to blast around the contest area with ease, allowing him to catch and do more with the waves, putting an end to Foster’s run. Although Bergeron was gunning for the top of the podium, Hardy was on his game and handedly held on to his second spot. The final was set for Aiken and Hardy, who are longtime friends and sailing partners for over 20 years. 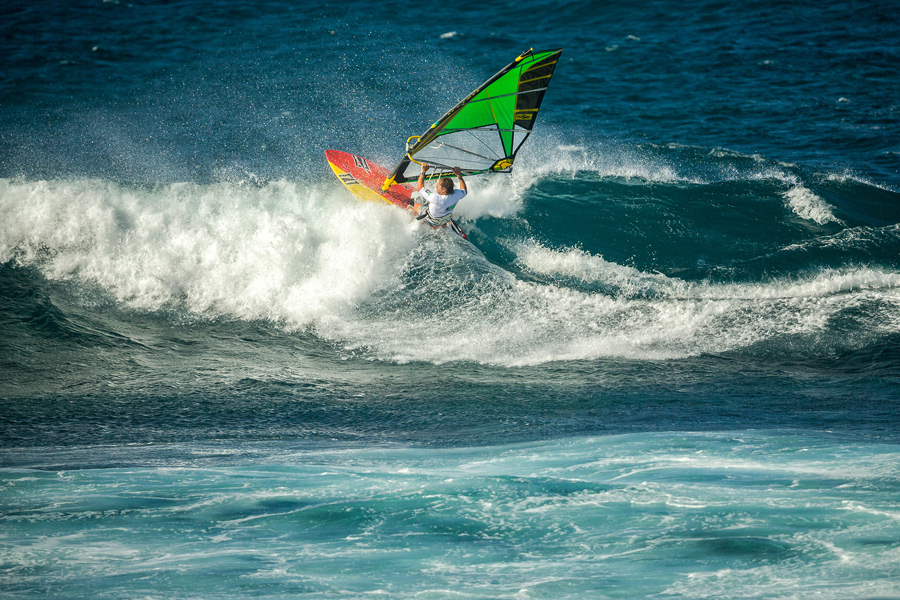 Hardy was perhaps riding his high from the last heat. Maybe, Aiken was not warmed up after sitting on the beach all day. The final went in Hardy’s favor without much question, forcing the contest’s first Super Final. Aiken appeared to be quite motivated in this next round and seemed to be on every wave! He picked off the largest ones, charged hard off the lip, and used the whole face. Hardy on the other hand, had lost a step, catching half as many waves. With the Super Final complete, our Master’s podium looked the same as the day before with Aiken first, Hardy second, and Bergeron third. 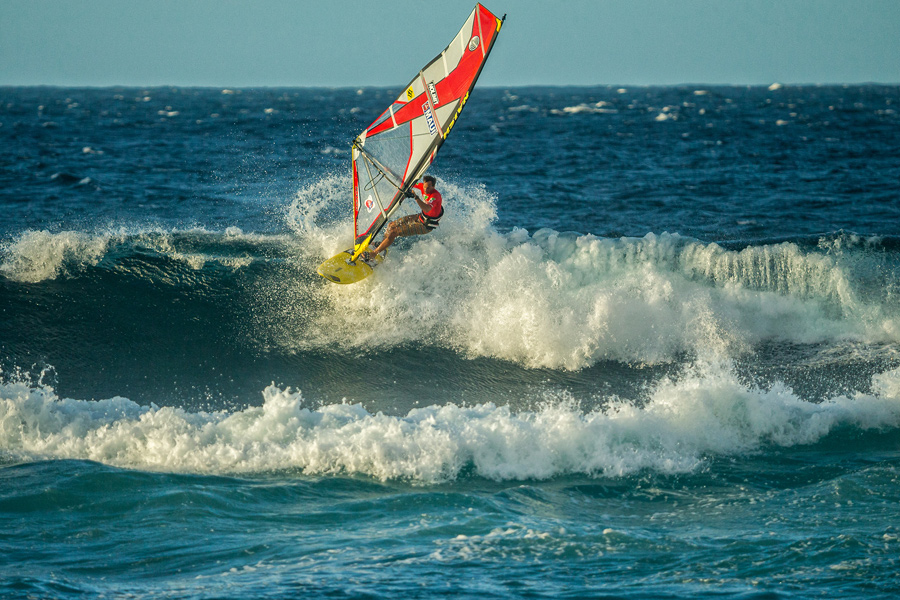 Aiken holding on to his top spot in the Masters Double

As for the amateurs, the first round today was the final heat of the single elimination. The final was between Talma, Hardy (both doing well in the Masters bracket), Escario, who probably has what it takes to go for the Pro Trials, and Jake Schettewi, the winner of the Youth division. So, the diverse group went out in some of the best conditions of the day. Hardy was in full form and took home the win. In second place was Escario, who could have easily been standing on the top spot. Third was Schettewi who sailed well, but not enough to overtake the veterans. Rounding out the top four was Talma. 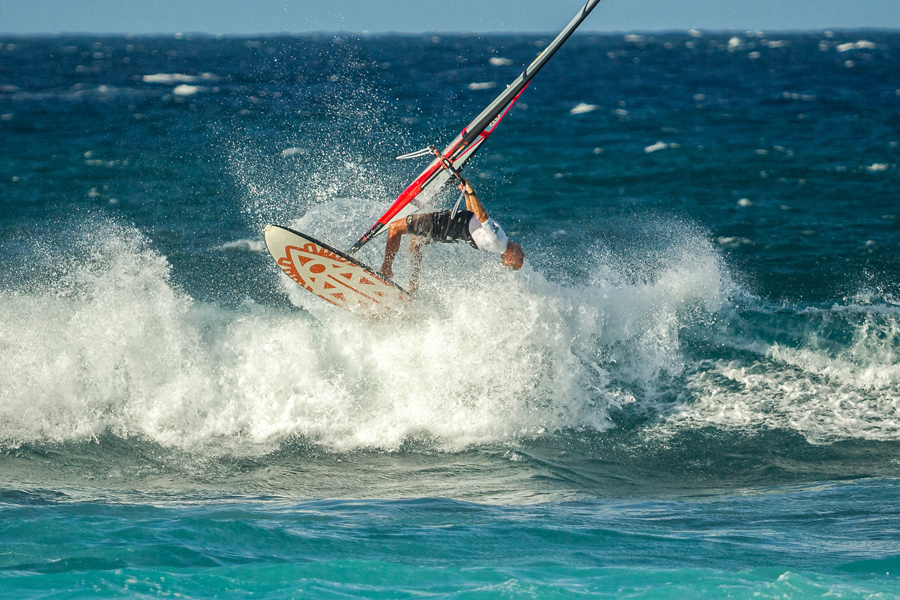 Bergeron tweaking one out

The Double Elimination for the Amateurs made it through the first round in order to get placements for all the riders, but the final will stand.

A swell is in the forecast for tomorrow and we should see the rest of the Pro Men Double and the start of the Women’s Double if there is time and the right conditions. After the competition tomorrow, there will be a memorial for Peter Volwater, a long time sailor, and competitor who passed away earlier this year. We will remember Peter on the beach at Ho’okipa and then watch the sunset with a drink on the cliff. 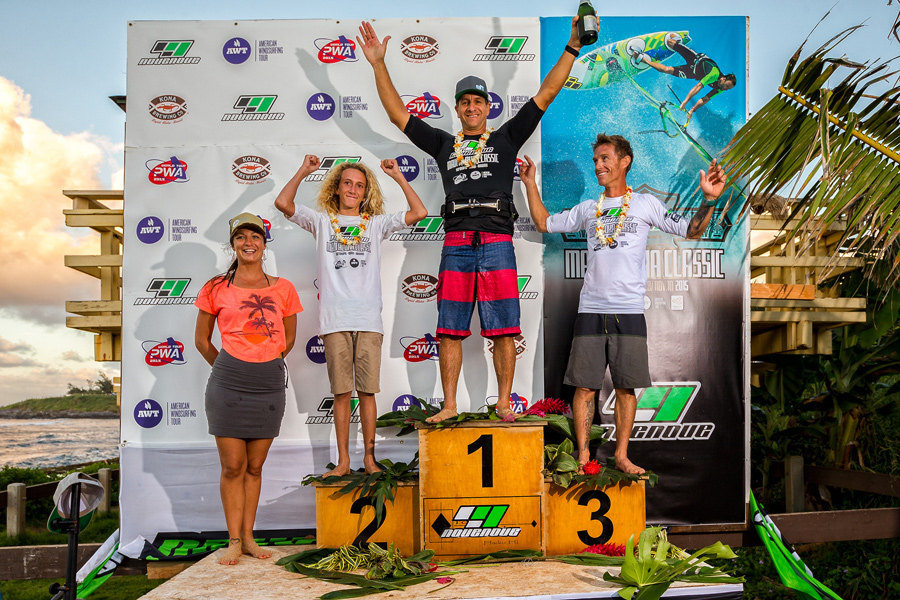 Later in the evening is the Aloha Party hosted by Quatro and Goya up at the Cannery. Please come enjoy a free BBQ from 7-10pm.

Lastly, don’t forget about the closing party coming up on Nov. 10th at the Maui Arts and Cultural Center. All competitors get one complimentary ticket, but we encourage friends and family to join, as well as any spectator who have been enjoying this year’s events. Discounted tickets are for sale at MauiArts.org if purchased beforehand. There is a full catered dinner, drinks, music, blessings, awards, prize giveaways, and more!

Prizes include a Chinook Pro-1 Carbon Boom and an S2 Maui Sail. This is what the S2 Maui team had to say about their new sail: Are you interested in experiencing the state of the art in ultra-light, high-performance wave sails? Sail Designer Artur Szpunar, mentor Barry Spanier and Rick Whidden’s new sail brand S2Maui has been generous enough to donate one of their cutting edge CATALYST wave sails to the draw. Art Szpunar has designed sails for multiple AWT and PWA champions and his new designs are really shaking things up on the water with riders like Russ Faurot, Jake Miller and Bryan Metcalf-Perez putting their stamp on the competition. S2Maui’s Marketing, Casey Hauser together with Russ and Jake also play important roles behind the scenes of the AWT helping with web, media, judging and the promotion of our great sport. Check out the S2Maui facebook page for more info. 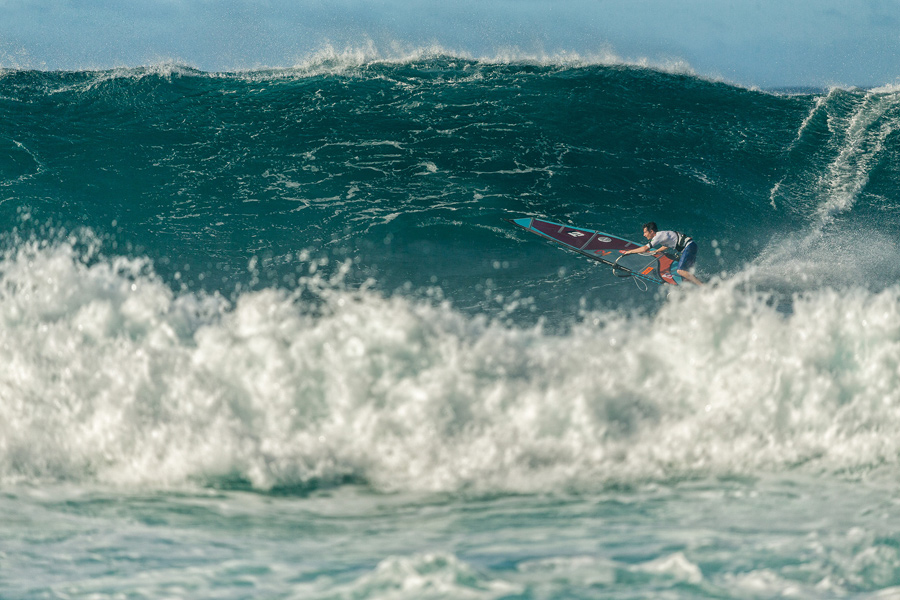 Russ Faurot thriving on his S2 Maui in some big Ho’okipa waves earlier in the contest.