The forecasted swell arrived over night delivering head to logo high sets filling the air with a buzz of excitement. Pros were ready to start the day and put on a show for the crowd of onlookers at Hotel Surazo. At the morning’s Skipper’s Meeting, the call was made to run Pros first in the pristine Matanzas conditions at 1:30pm. 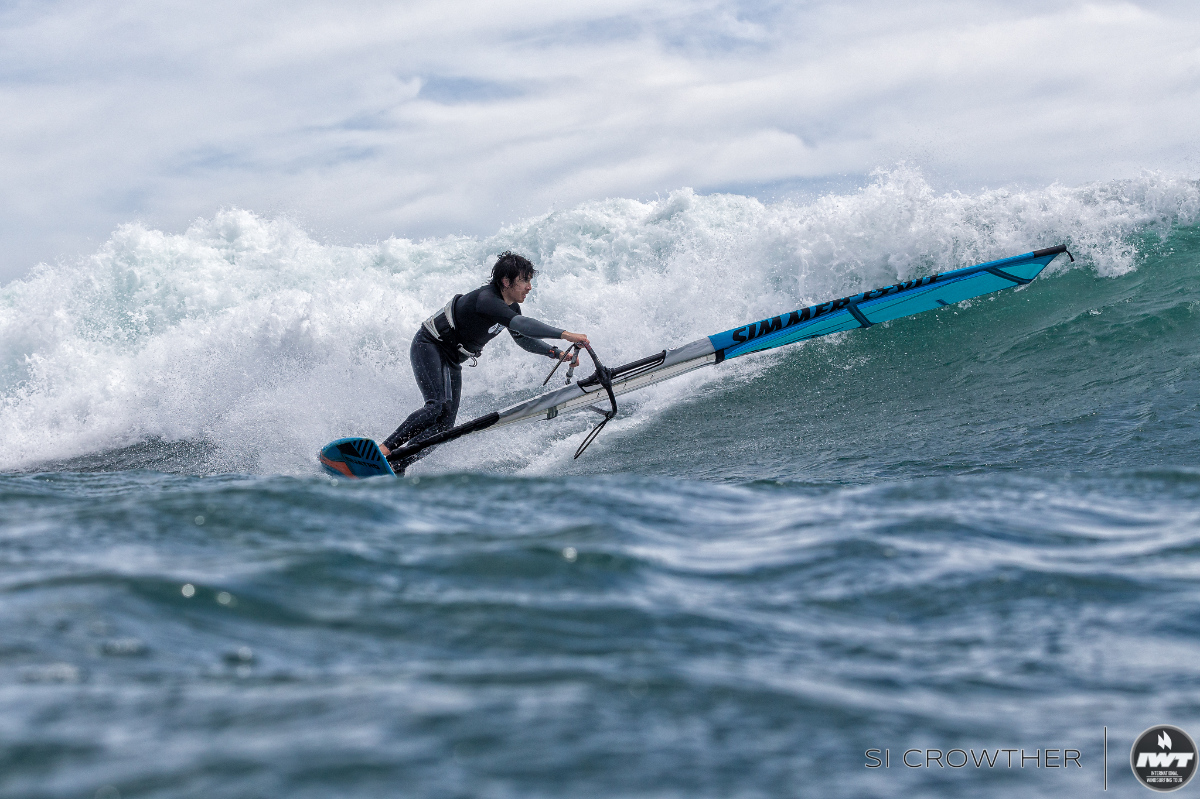 Visiting IWT riders have been acclimating to Matanza’s challenging waves all week and with the larger swell, it was clear local knowledge was a rider’s biggest asset on Day 2. 24 riders made up the Pro bracket with a handful of strong local riders hidden amongst the usual names. The new faces were ready to show off their skill in their first IWT contest. Surazo’s Head Chef, Andres Tobar advanced over Kevin Pritchard in the first heat of the day. Local event organizer Alex Vargas won the second heat of the day with his well-placed, powerful bottom turns. Competing in his second IWT contest, Matanzas local Benjamin Fabres won Heat 3, continuing to demand attention with his stylish turns and variety of maneuvers on choice waves. Having never sailed in Matanzas before his first heat, Russ Faurot surprised the crowd with talent enough to win. Heat 6 saw Tour leader Morgan Noireaux produce his trademark vertical snap off the lip, winning the heat and advancing to the third round. 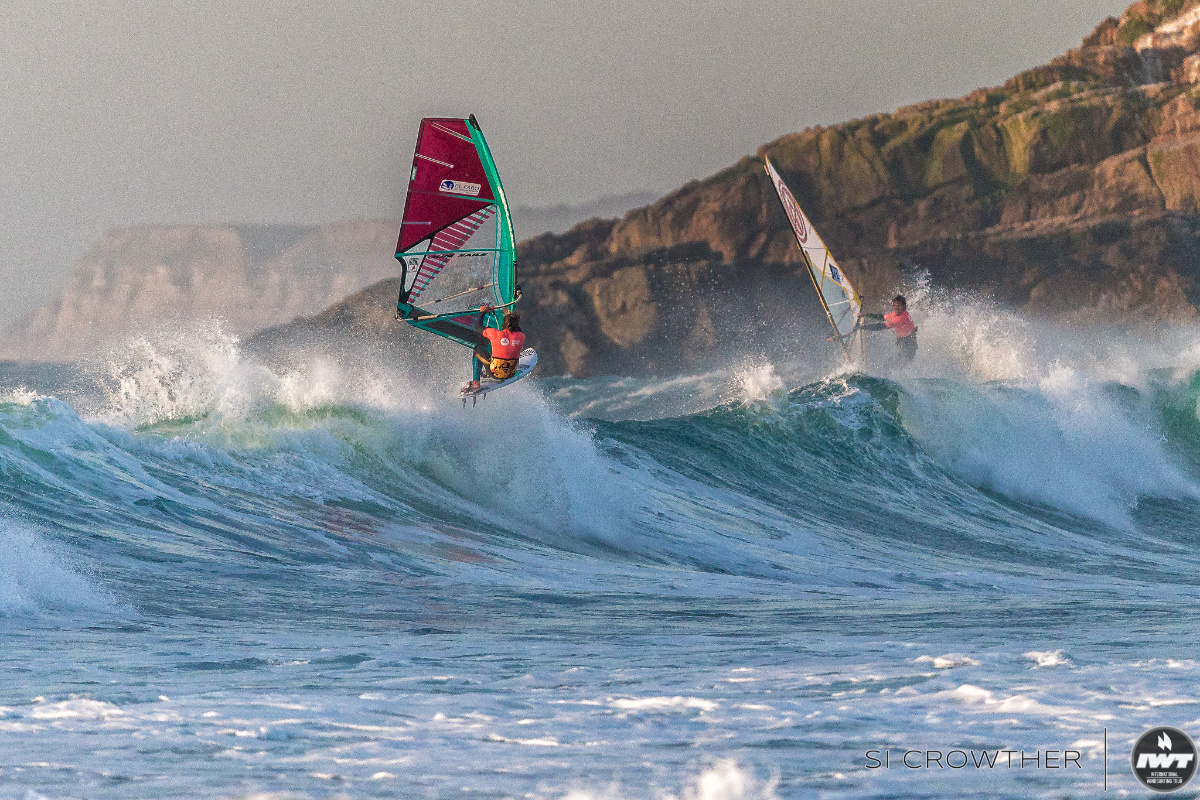 In the Repechage round, riders would need to fight their way into Round 3 to avoid elimination. Unfortunately, in Heat 7 luck was not on Maxime Fevrier’s side as he picked off larger set waves, but they continued to close out for him. Juan Pablo narrowly missed advancing through the heat as well. Arnaud Frennet and Kevin Pritchard would progress, taking first and second in the heat respectively.

In heat 8 Pacasmayo champion Federico Morisio was up against Marcel Janssen, Yerko Radovic and local youth Joaquin Desriviers. Federico took the heat with great wave selection and strong flowing style. Moving from the Amateur Division in Pacasmayo to the Pros in Matanzas, Joaquin found the waves he needed to advance to the next round with Federico.

Heat 9 was a packed heat with 5 riders Matias Vargas, Jose Louis, Nicolas Recordon, Patrick Rousseau and Mikael Bohuon. Matias Vargas, the older of the two Vargas brothers, turned it on for the crowd, scoring 2 strong waves and winning the heat.

Heat 10 was a 5 man, Pan-American heat with Vicente Gonzales (Chile), Alessio Botteri (Peru), Cristobal Zegers (Chile), Naldi Sagripanti (Argentina) and Felipe Wedeles (Chile). Wedeles dominated the heat, finding the set waves and delivering some big turns to prove why he is the Godfather of Matanzas Windsurfing. 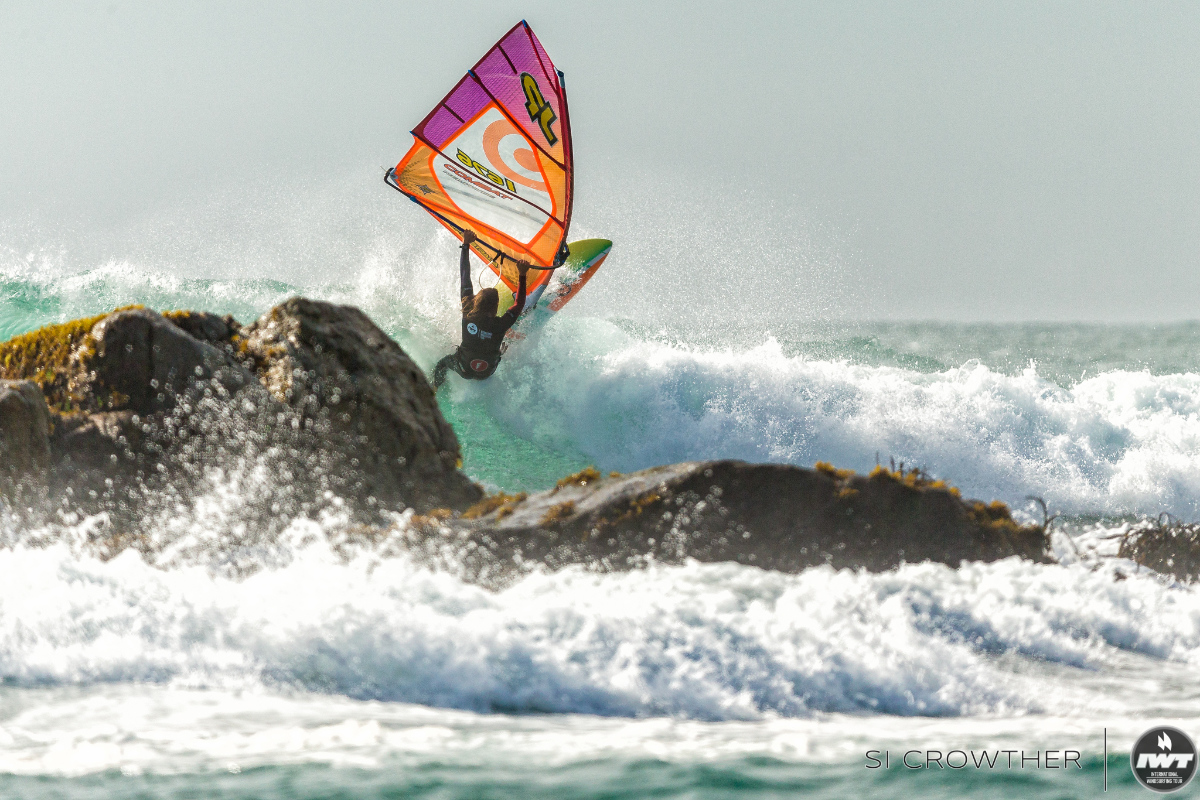 Three of the IWT’s Leading Pros, Kevin Pritchard, Russ Faurot and Federico Morisio, found themselves competing against Surazo’s Andres Tobar in Heat 11 – The Heat ‘de la Muerte!’ Although Andres and Russ sailed well in the challenging conditions, it wasn’t enough to take out seasoned Pro Kevin Pritchard and enthusiastic IWT newbie Federico Morisio.
Heat 12 was made of all Matanzas Locals – the Vargas brothers, Joaquin Desriviers and Arnaud Frennet. Alex was charging the critical sections, landing big aerials and keeping the crowds favor throughout the heat. Joaquin Desriviers, the youngest Pro at the Matanzas Wave Classic, only found two waves in the heat but made both count, with his second being his best wave of the heat and moving him forward to the semi-finals. 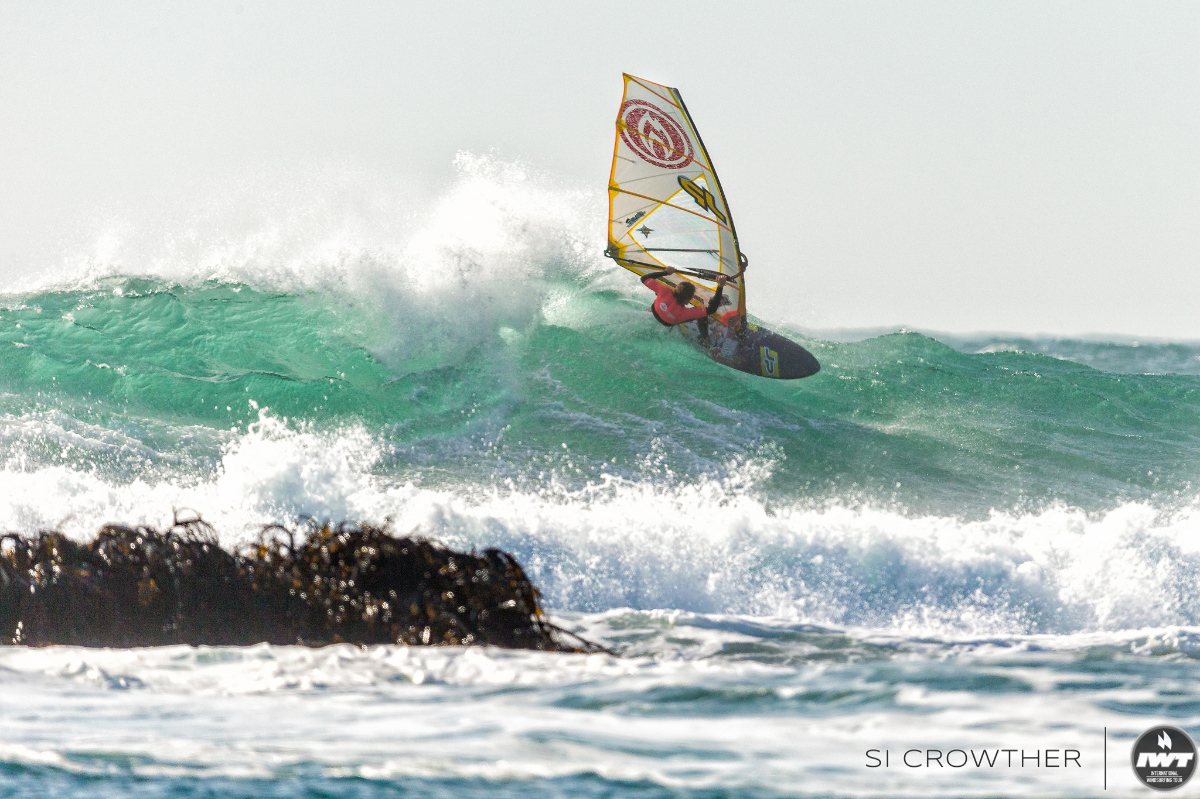 The Semi-Finals included two stacked heats with Kevin Pritchard, Joaquin Desriviers, Benjamin Fabres and Felipe Wedeles in the first heat and Federico Morisio, Alex Vargas, Morgan Noireaux and Diego Fabres in the second. Felipe Wedeles got the biggest wave of Heat 15 followed closely behind by Benjamin Fabres. Unfortunately, Kevin Pritchard wasn’t able to find the waves he needed to compete against the local Matanzas Pros. Morgan Noireaux led Heat 16 with some of the biggest waves leaving Vargas, Morisio and Fabres to battle it out for second. It was a close contest, but local Alex Vargas scraped through on a count-back to compete in the Final with Noireaux, Wedeles and Benjamin Fabres.

The Final would run with another breathtaking Matanzas sunset as the backdrop. Benjamin Fabres was ready to charge, putting on a show for his local fans and scoring the highest wave score of the contest, 9.5, with a flawless Goiter right off the peak then wrapping up the wave with a clean Taka. Noireaux got second with one excellent wave ride, but struggled to find the second wave he needed for the first place win. Vargas continued to be a big crowd pleaser picking off set waves, but was unable to find the significant maneuvers he needed. Wedeles picked up some big waves at the rocks with his wife and two sons cheering on but struggled to find waves with enough wave face. 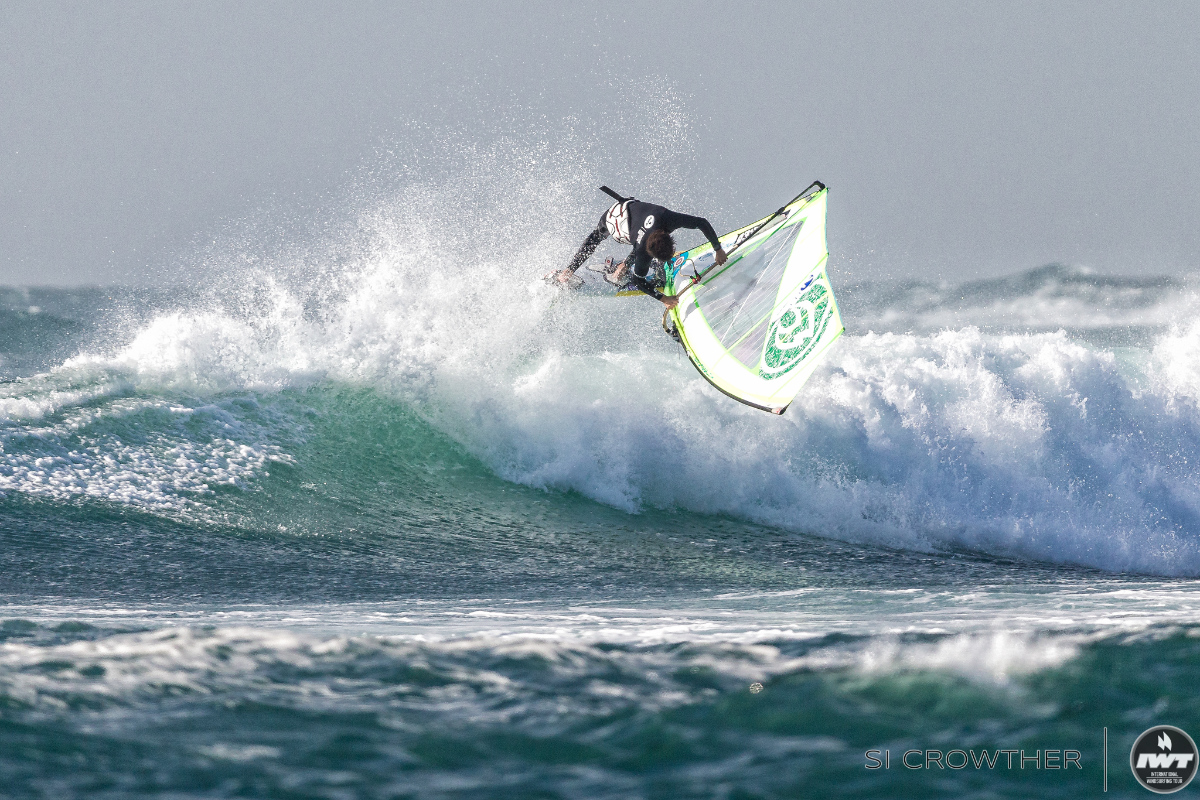 Alessio Botteri, Jahdan Tyger, Joaquin Desriviers and Vicente Gonzales took to the water again yesterday for Heat 3 of the Youth division. Alessio Botteri went all out for this deciding last round of the youth, landing the scores he needed for first place in the heat and some massive crashes in his attempt as well. Local Matanzas youths Joaquin and Vicente traded second and third place throughout the heat with Vicente just edging out Joaquin for second. Our youngest competitor Jahdan Tyger proved himself to be one to watch in future contests. The Youth Division winner will be announced tomorrow.

Next up was the 30 minute master’s final with Jonathan Pooley, Nicolas Recordon, Marcel Jansen, and Patrick Rousseau. The swell, tide, and wind were up causing the wave faces to be bit choppy. Patrick started with the best wave of the heat forcing the others to chase him throughout. Jonathan fought back to take second, being the only rider in the masters final who was not entered in the pro division.

Late afternoon with conditions still excellent, it was time to start the Amateur semi-finals. The first heat was a battle between IWT points leader Tom Soltysiak, and the Chilean locals Doc Irribarra, Raoul Reiner, and Roberto Carrasco. Tom showed why he is at the top of the rankings picking multiple set waves and riding at a very high level. His display of carves and aerials gave him a commanding win. Doc was not far behind, picking some of the biggest waves of the heat and placing his turns right in the powerful sections. Semifinal 2 was a battle between Jonathan Pooley, William Perez, Diego Ducci, and Mario Nunez. Jonathan and Diego were the standouts grabbing the best set waves, turning their way into the final round. 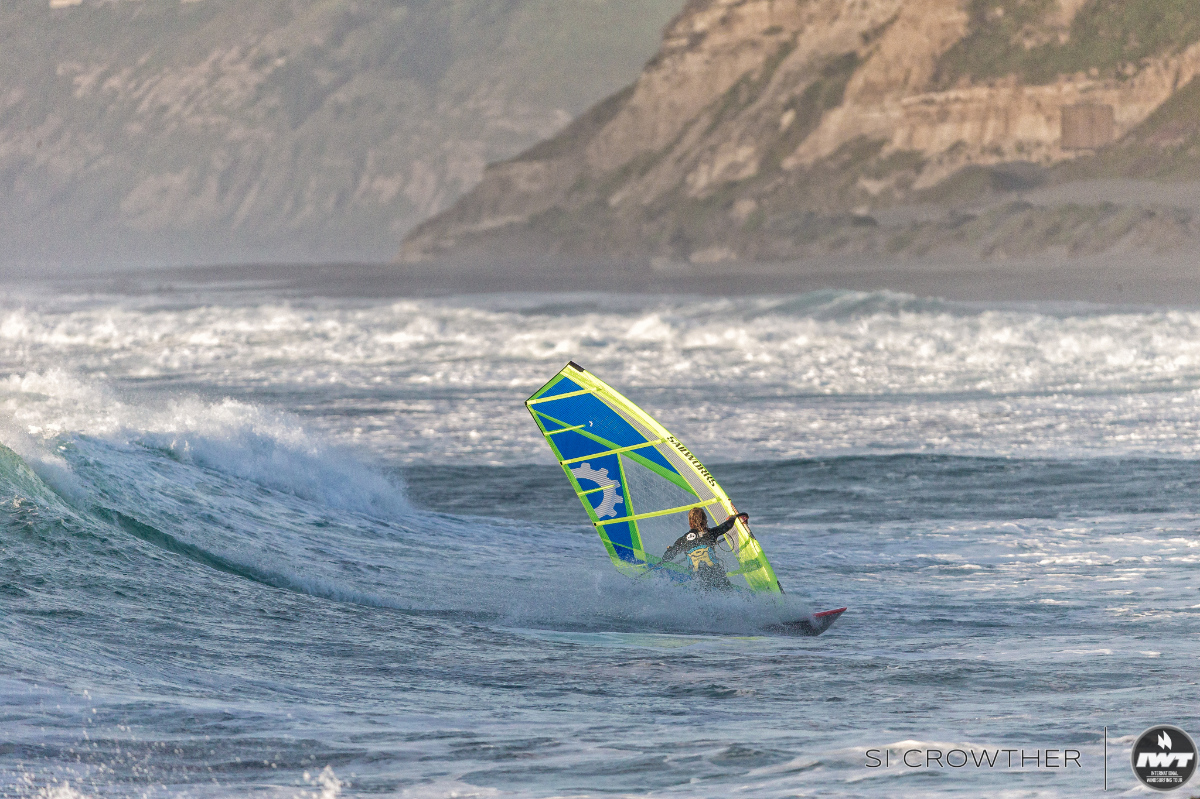 Doc, Jonathan, Tom, and Diego took to the water for a hotly contested Amateur final. Conditions came to the party allowing each rider plenty of opportunity to show their best. Riders traded set after set racking up some of the highest heat scores of the day. Tom once again showed his level connecting the waves from above the rock, all the way down to the inside by the pier. His vertical turning and aerial attack was unmatched by the others. Jonathan was not far behind with his flowing style, and superior contest strategy. Doc and Diego were battling for 3rd and 4th with Doc narrowly beating out Diego. Both riders had their moments with nicely timed turns, but in the end they were just a step behind. 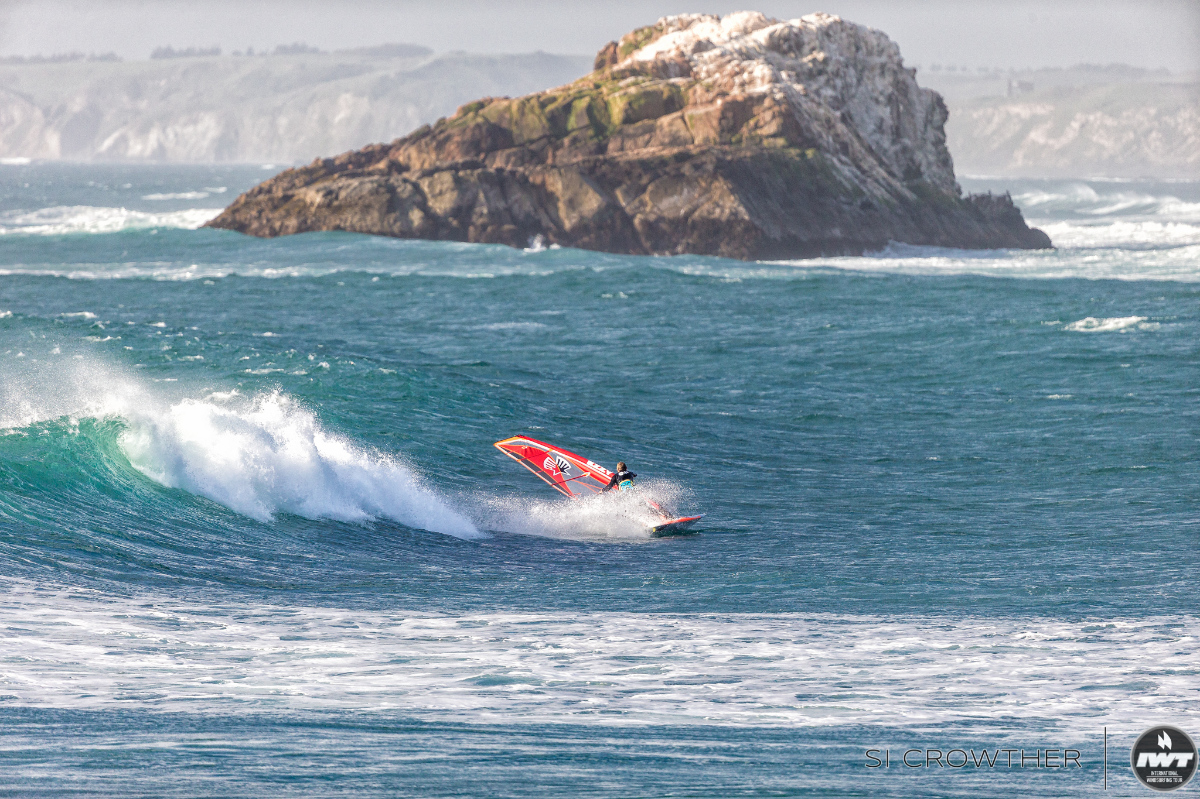 The International Windsurfing Tour is thrilled to have results for all division at the Inaugural Matanzas Wave Classic! The conditions at Matanzas, hospitality of Hotel Surazo and hard work of lead local event organizer Alex Vargas combined to pull off an incredible first event here in Chile. Thank you to everyone who put in the time to help make this event possible as well as everyone who showed up on the beach Sunday and Monday to watch! The energy and enthusiasm the IWT crew and riders found here in Chile has all excited for the next Matanzas Wave Classic. For a full album of the days photos, click here.

Text by IWT staff and all photos by Si Crowther 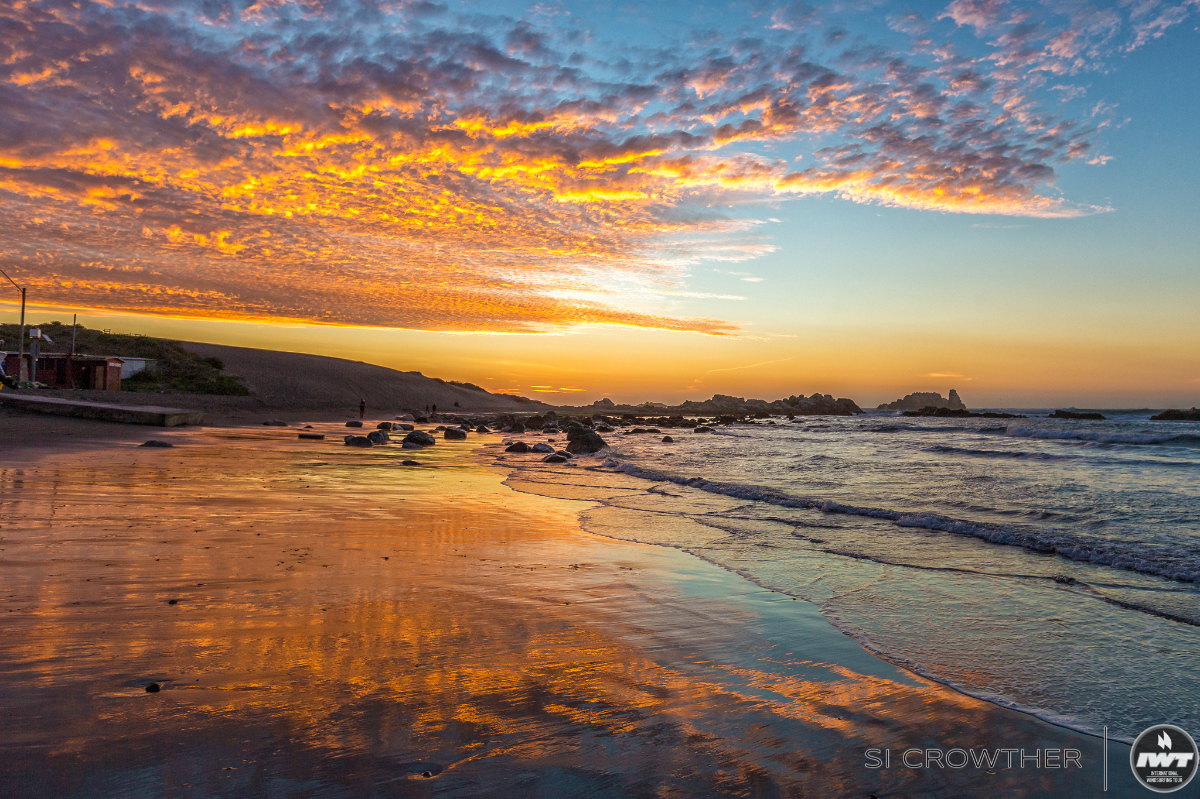 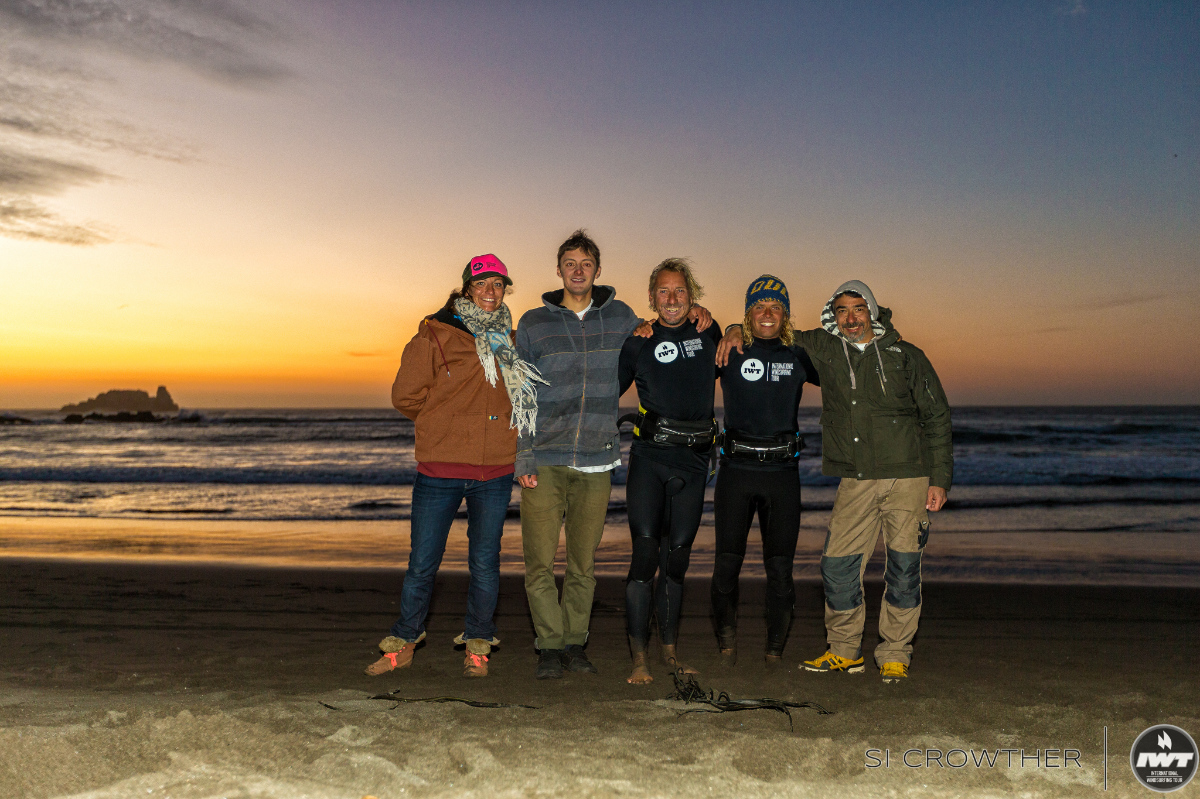 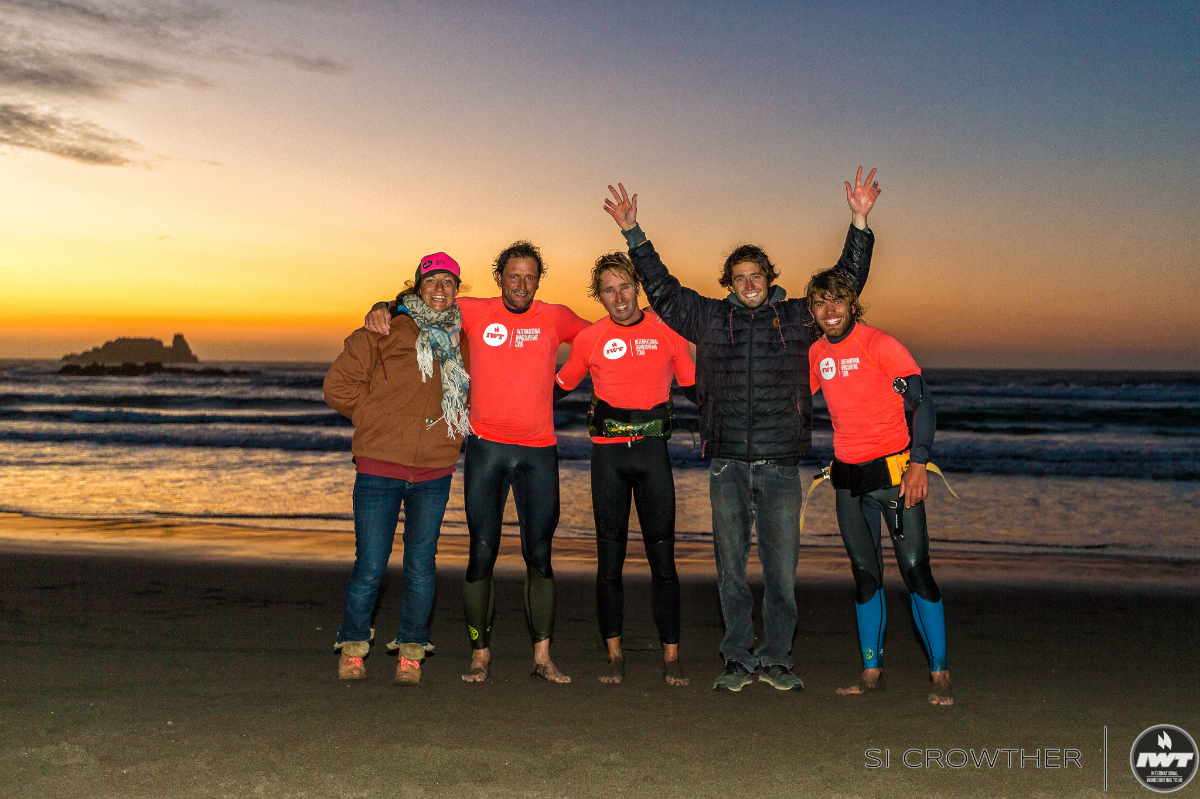 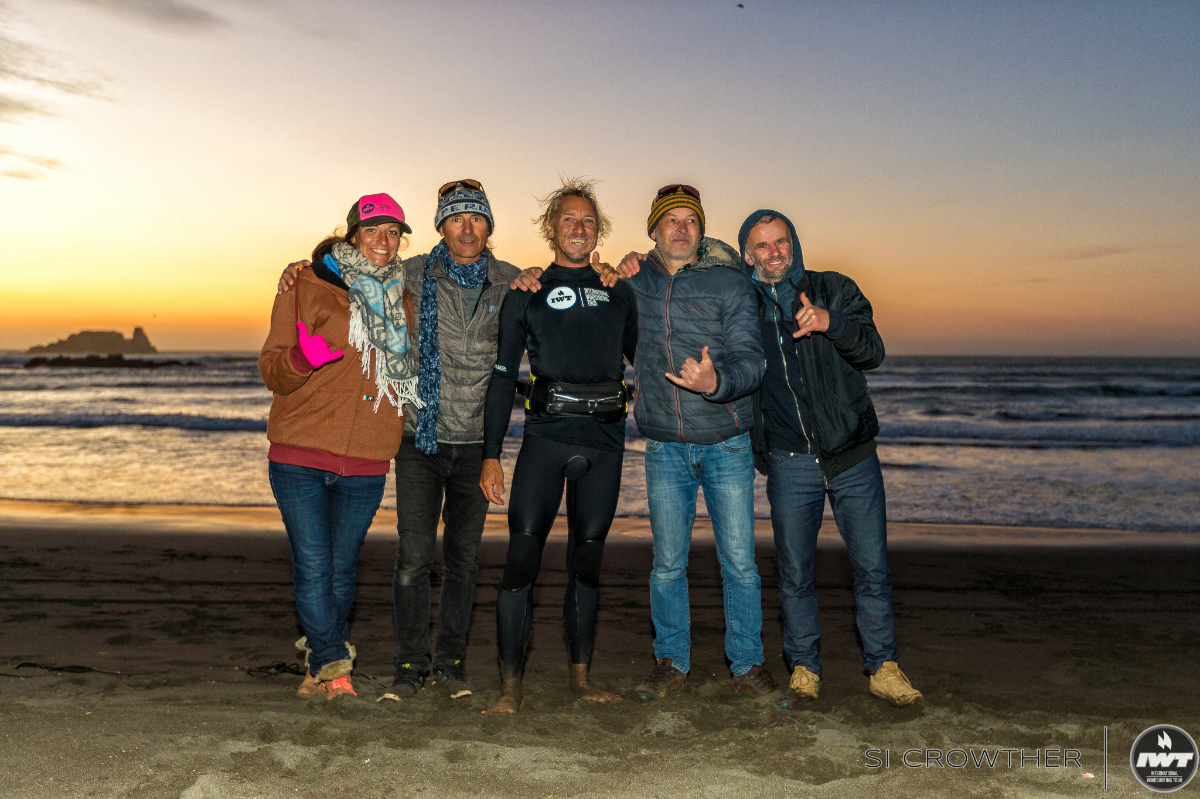 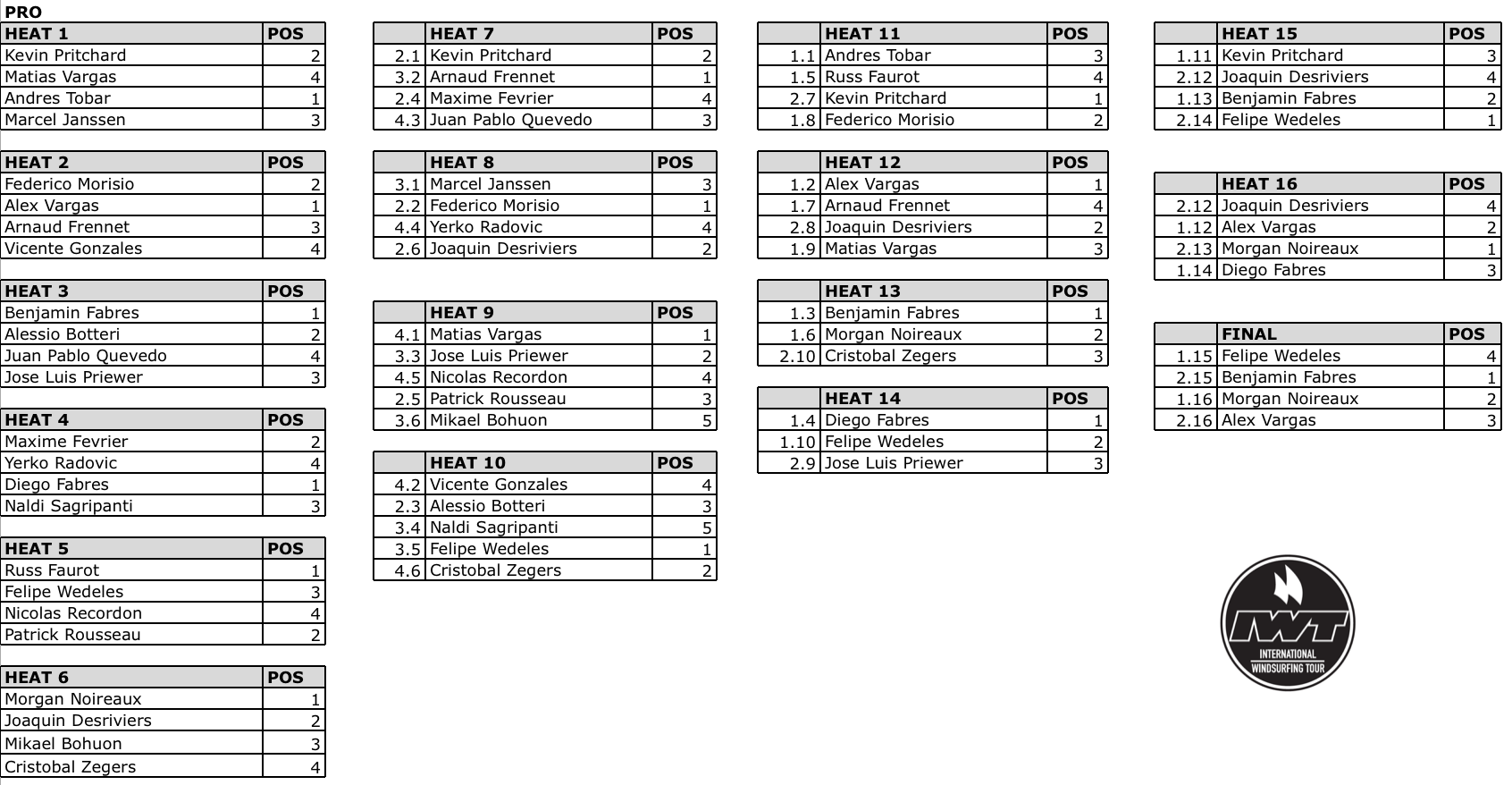 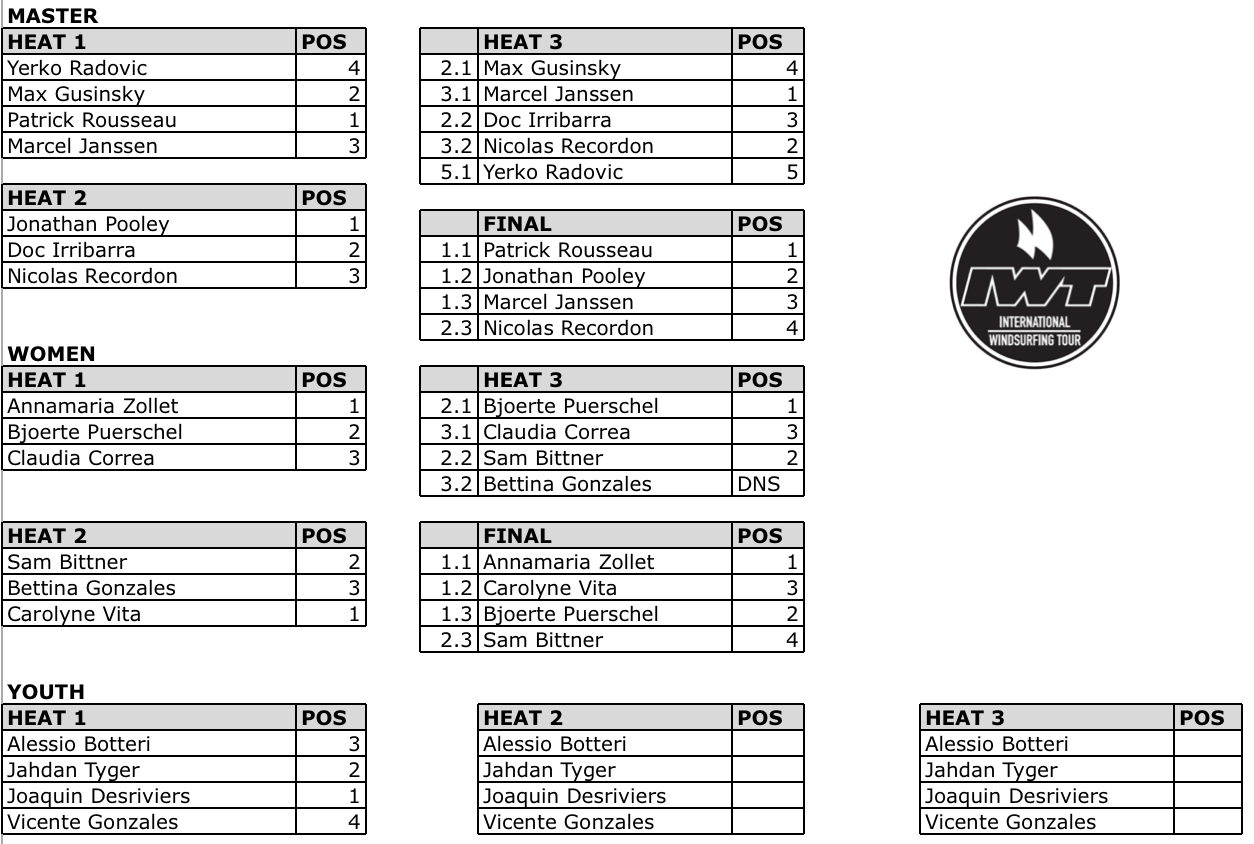