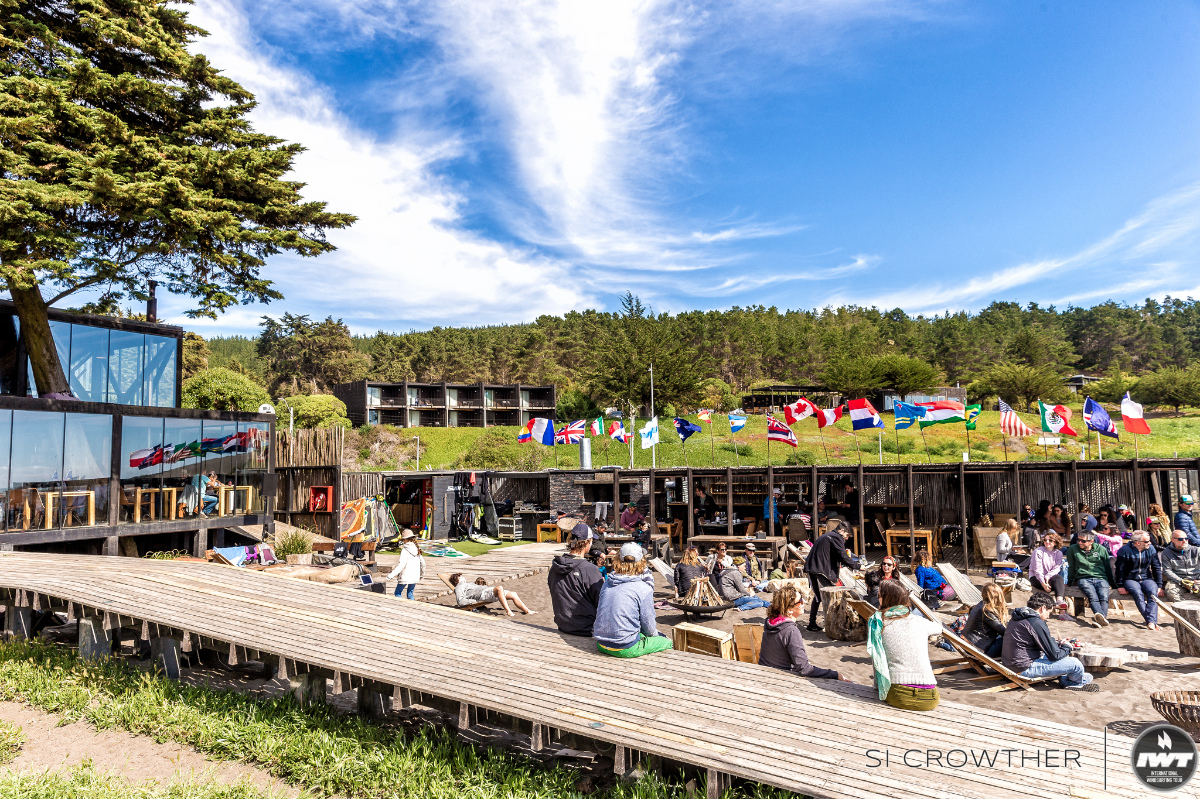 The waves and wind arrived just in time Sunday afternoon for the inaugural IWT Matanzas Wave Classic! The youth started out the day with Jahdan Tiger, Alessio Botteri, Joaquin Desriviers and Vicente Gonzales. Jahdan Tiger was last seen at an IWT event during the Morocco Spot X event back in May. The youth out of Brazil was the youngest to compete and is showing plenty of skill, carrying speed down the line mixed with some nice turns. He showed good contest savvy, running up the beach rather than a slow slog to get upwind in the light conditions. Alessio is happy to be back on the water after suffering an ankle injury a short while ago in Pacasmayo. The IWT is happy to have the youth’s help with Alessio stepping up to be trained as a judge. Sitting in on the judges meetings has proved to be a good learning experience and his progression in competitive sailing has been apparent. The Matanzas Wave Classic is Vincente’s first IWT event and we are happy to see a high level! Joaquin is the local youth to watch competing in both the Youth and Pro Divisions. He clearly enjoys the conditions in Matanzas and demonstrated strong wave selection and local knowledge. 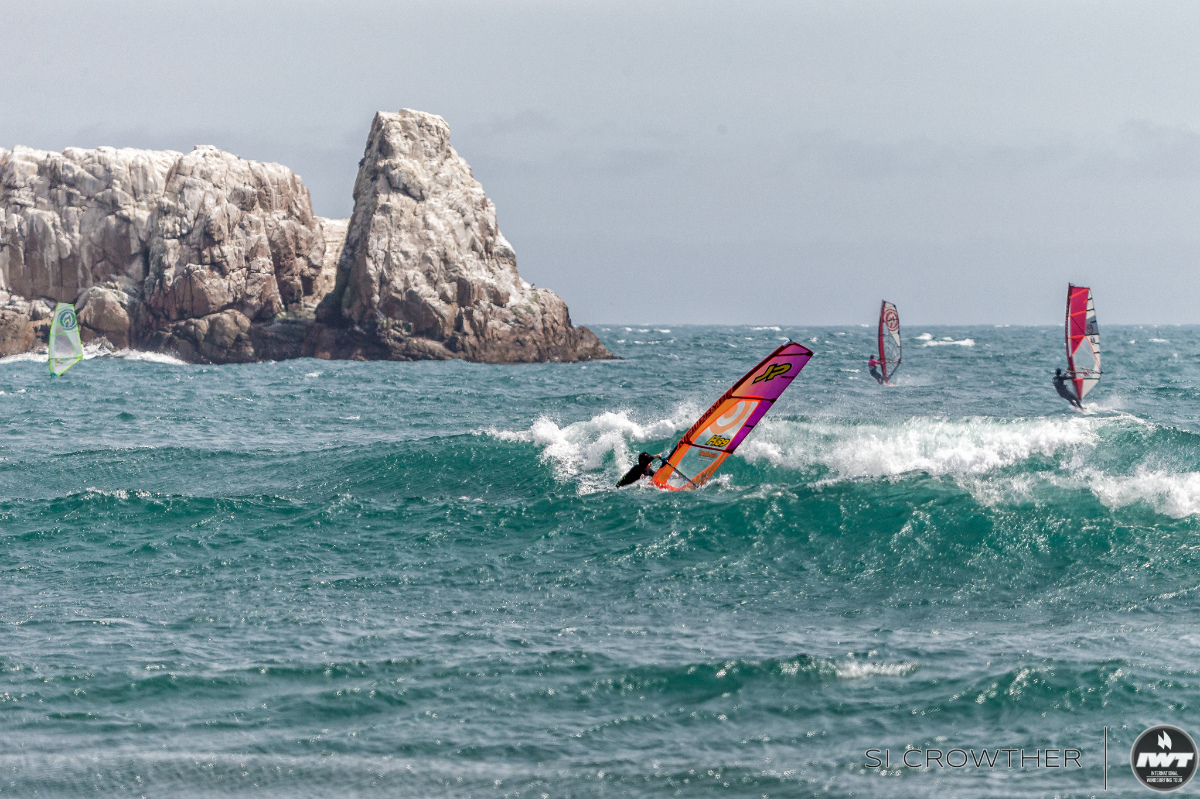 The first round of the women included Annamaria Zollet (Hot Sails), Bjoerte Puerschel and Claudia Correa in the first heat, and Sam Bittner (Naish), Bettina Gonzales and Carolyne Vita in the second heat. Birthday girl Annamaria Zollet waited quite a while out the back for a proper set wave, taking it right in the critical section. Zollet’s wave riding demonstrates her competitive experience and patience as a wave rider. Sam being back on the tour full time this year is showing that her time on the water is improving her wave sailing every contest. 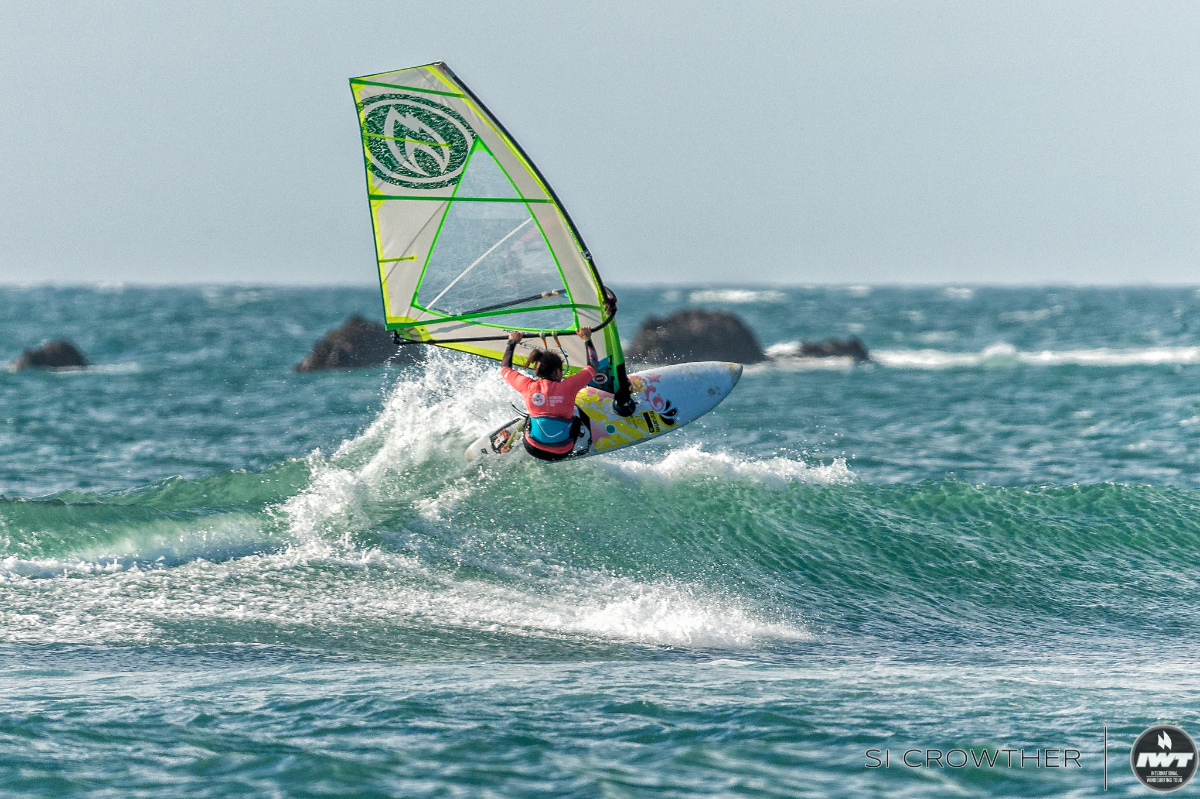 The first round of the Amateurs had 12 riders including Jahdan Tyger (Brazil), Raul Reiner (Chile), Tom Soltysiak (Canada), Jonathan Pooley (Guernsey) and Diego Ducci (Chile). Conditions were challenging but competitors made the most of it. In first heat, Jahdan Tyger took full advantage of his light weight managing an aerial. Jonathan Pooley demonstrated strong wave selection. Raul Reiner found one of the longest waves of the second heat riding it with plenty of speed, power and flow, exactly what IWT judges are looking to score. Local rider Diego Ducci is showing his local knowledge making the most of the heat with strong wave selection. Tom Soltysiak currently leading the Amateurs Division of the 2017 tour, dominated his heat, showing patience and competitive endurance picking off the best set wave of every heat. 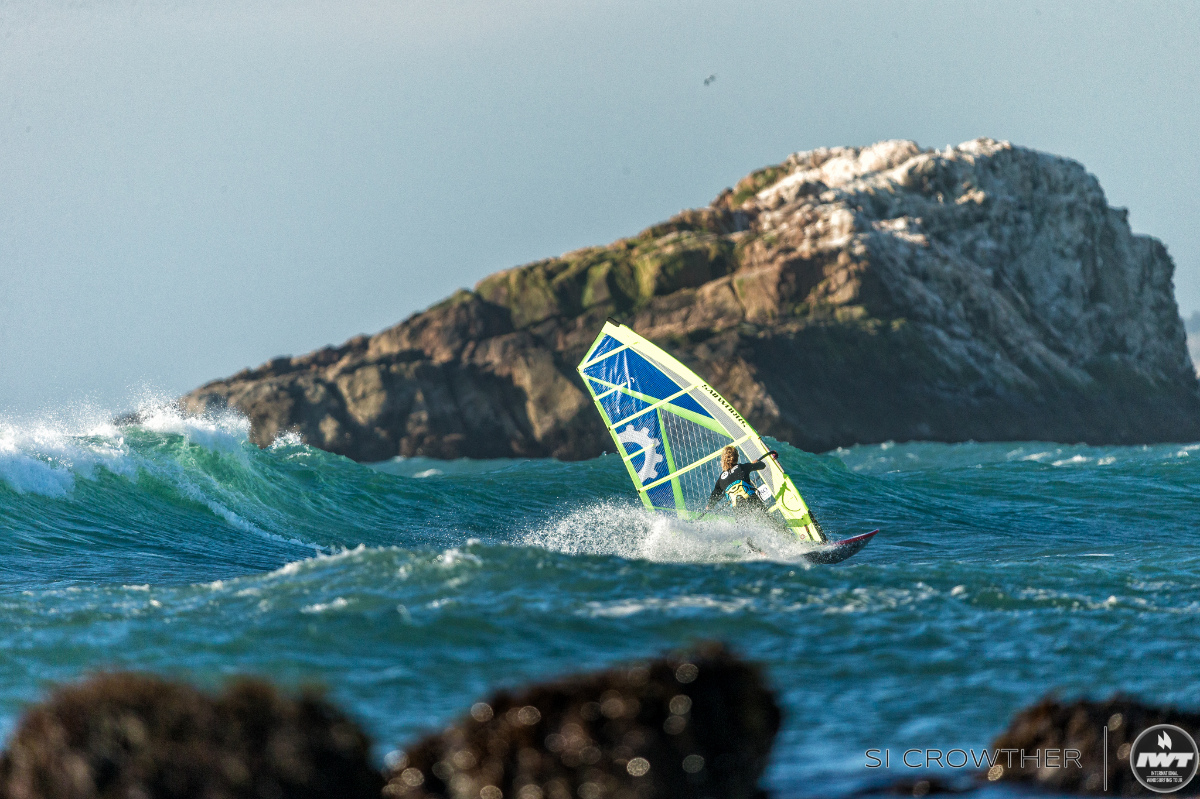 Next the Masters took to the water! Jonathan Pooley scored the wave of the round managing a 7.5 going deep into the pocket to get some critical bottom turns then go vertical into the lip. Doc Irribarra, Matanzas local and Hotel Surazo co-owner, shined in his first heat competing with the IWT sailing aggressively, managing some strong turns and dominating the waves he chose. 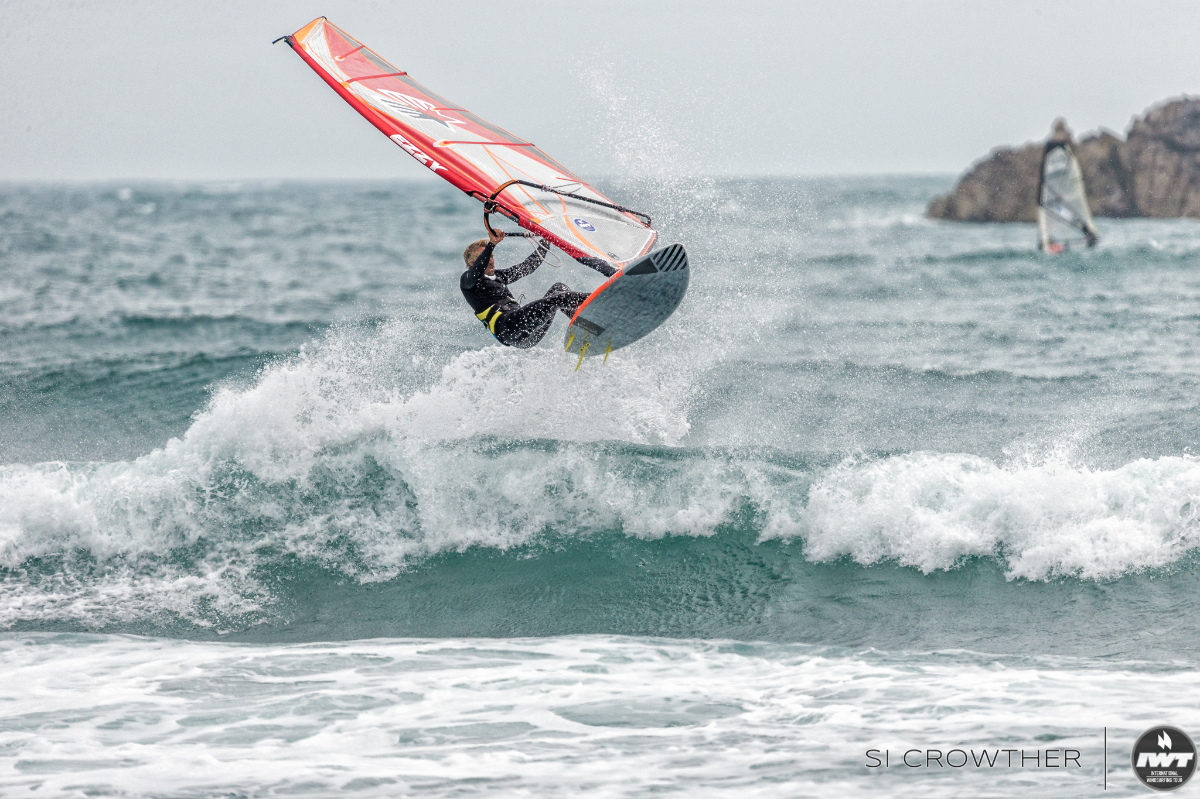 The repechage round for the Women’s included Bjoerte Puerschel, Sam Bittner and Claudia Correa, unfortunately missing Bettina Gonzales who was unable to compete due to illness. Bjoerte is a Matanzas favorite. After officially moving to Matanzas 3 years ago, Bjoerte brings the energy and enthusiasm to the events in which she participates. She fully enjoys the wave sailing in Matanzas and would like all IWT followers to know they should BOOK THEIR TRIP! 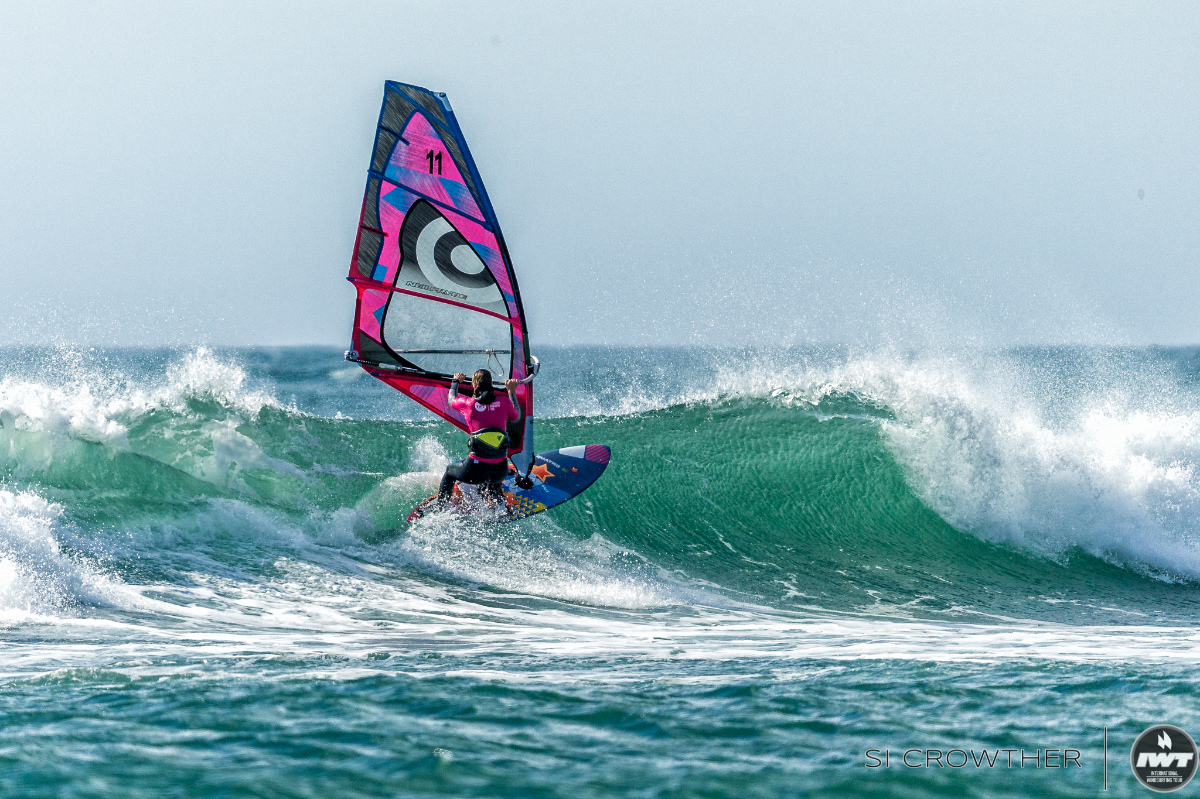 The Amateurs repechage saw Pacasmayo Classic Amateur winner William Perez advancing, benefitting from more time on the water in Chile. Max said today was his best day sailing ever, and is thrilled to be participating in the Matanzas Wave Classic. 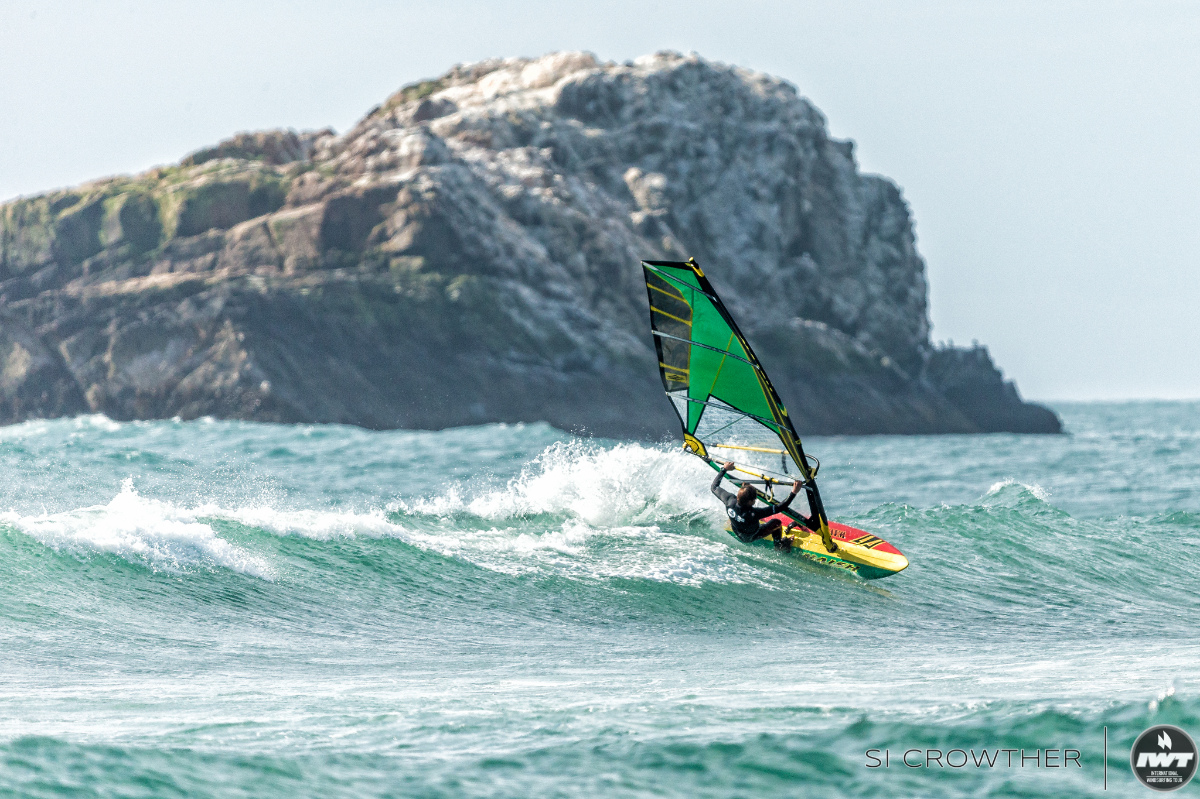 The Masters repechage was a five man heat with Marcel getting two of the best sets of the heat and Nicola, despite starting late, managed to score second with two great waves.

Amateurs round 3 saw Jonathan Pooley and Tom Soltysiak demonstrating their competition experience winning their heats and Diego and Doc making the most of their local knowledge winning first place in their heats.

The Women’s Final closed out the day with the best conditions and a beautiful sunset! The heat was extended to allow each sailor the most opportunity to perform. Birthday girl Annamaria was putting everything she had into every wave she had, outperforming the other wave riders on the set waves giving her the win. See our Facebook page for a full album of the day’s action. 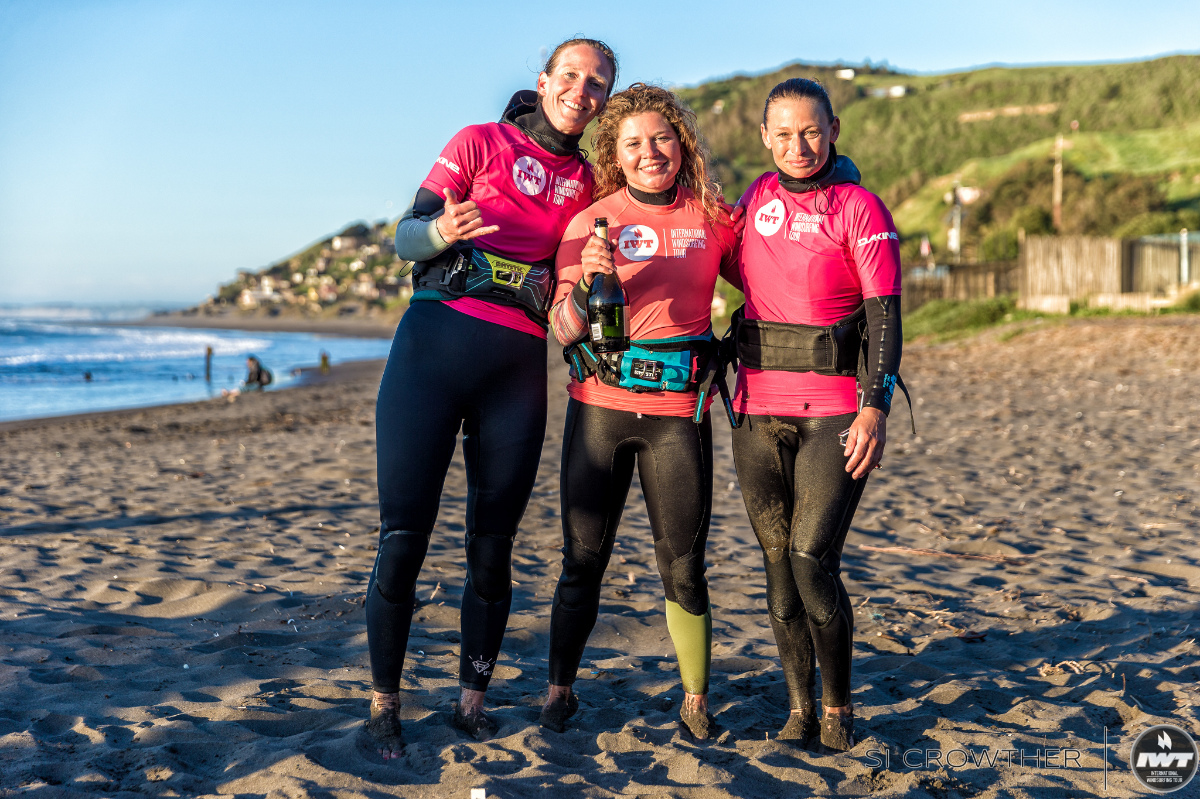 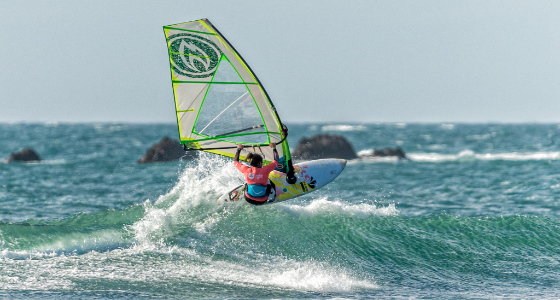 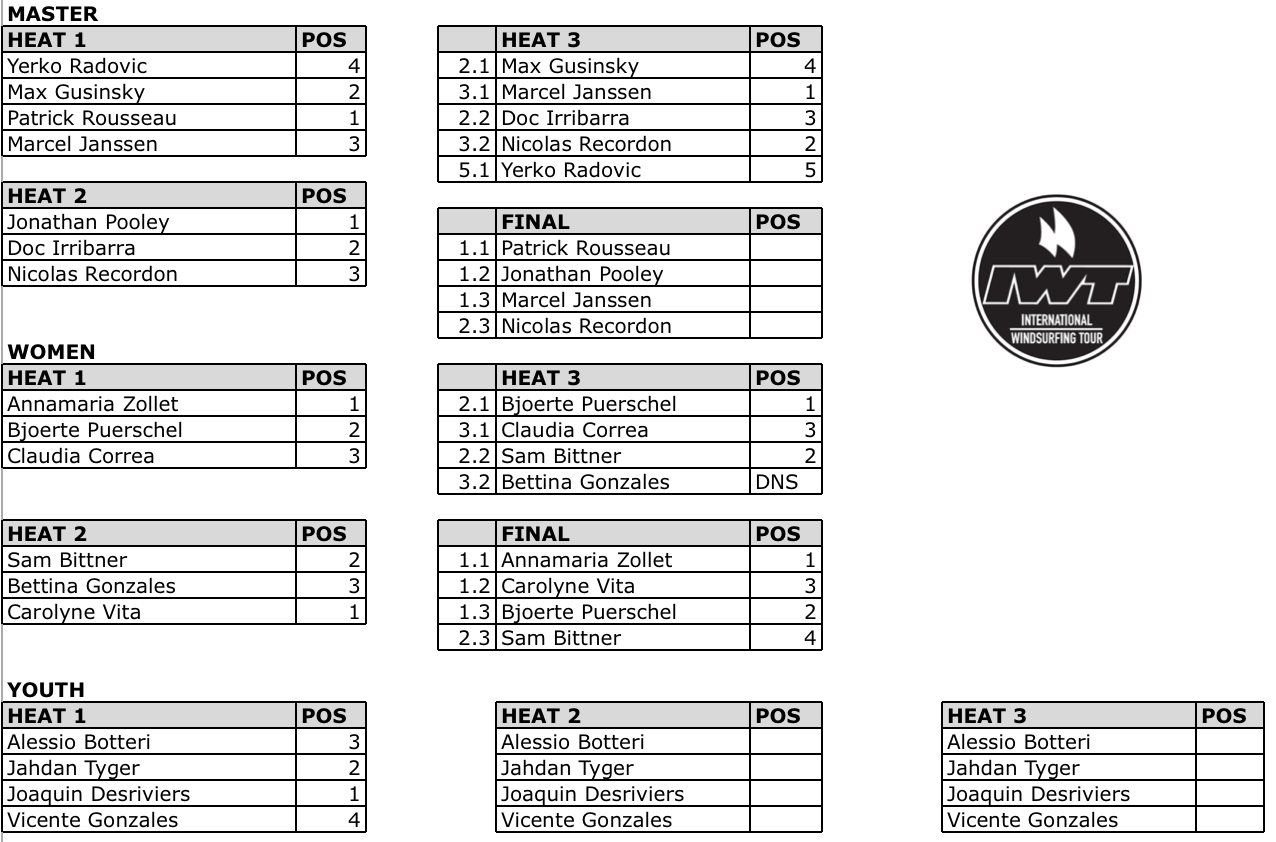 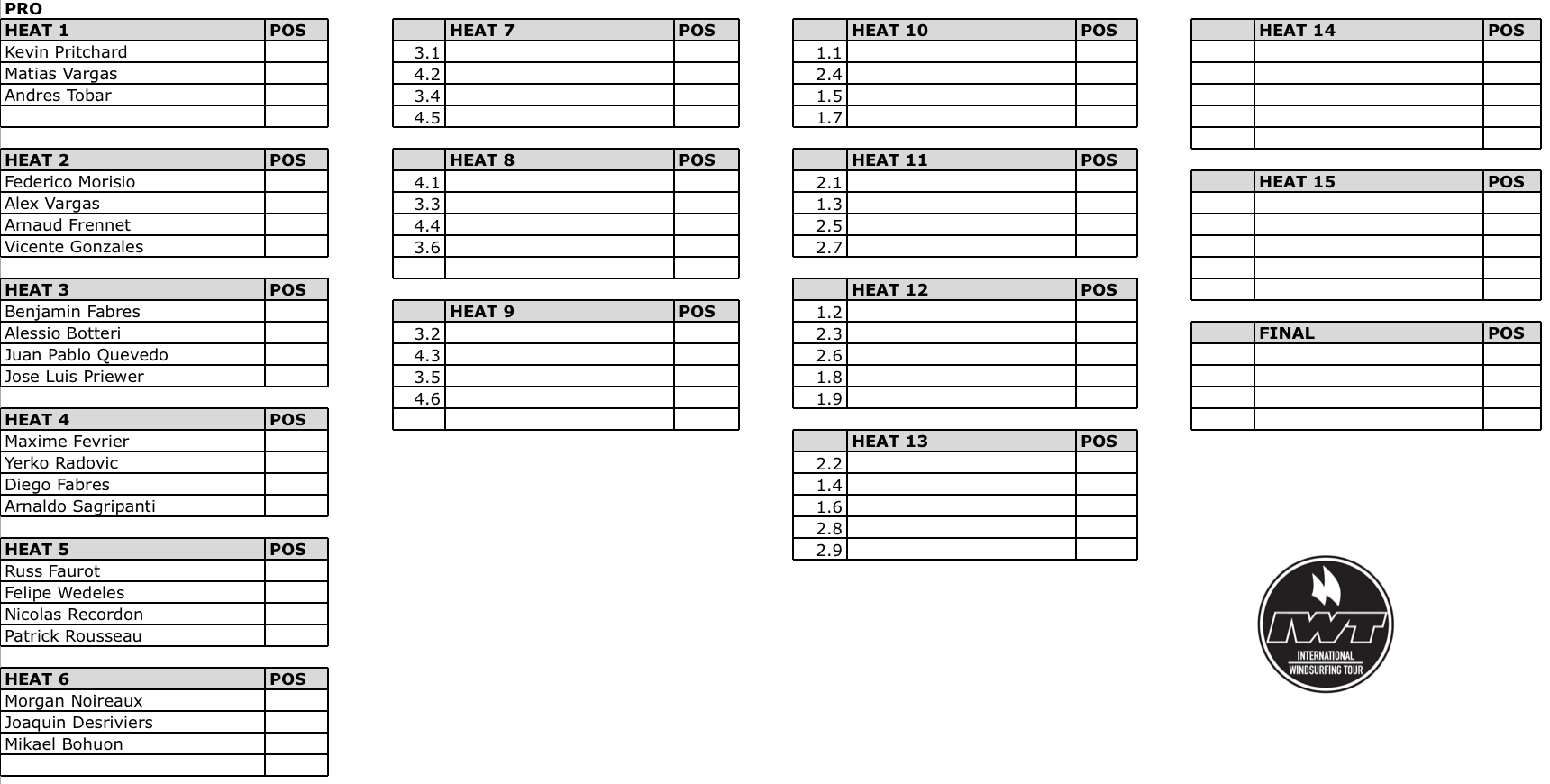