Logo high waves were pumping in from the point in yet another day of stunning conditions at The Pacasmayo Classic. The wind was lighter than the first day and riders were on their bigger gear, but it was enough to allow the Pro Men and Pro Women to battle it out to reach the final four in each division.

Once again Camille Juban (GDE/FRA) stole the show. His ability to stay exactly within the power pocket of the waves, even in this light wind, meant he was finding more power and criticality than the other riders. His skills are exceptional and he schooled the field in light wind, perfect wave riding flow and power. Juban charges into the final four as the favorite.

The other 3 Pro Men riders to successfully battle it into the final four were Morgan Noireaux, Takara Ishii and Antoine Martin. In a potential sign of things to come, Ishii defeated tour leader Antoine Martin in the quarter final. Ishii outmaneuvered Martin to secure the best wave of the heat allowing him to score the highest wave score of the heat and take the win. Martin took second in the heat, enough to progress and also reach the final four but he was frustrated that the young 18 year old managed to outmaneuver him and secure priority on such a key wave. The battle to secure the best waves in a heat is often just as important as the skill and bravery required to then bang out the top scores riding them. 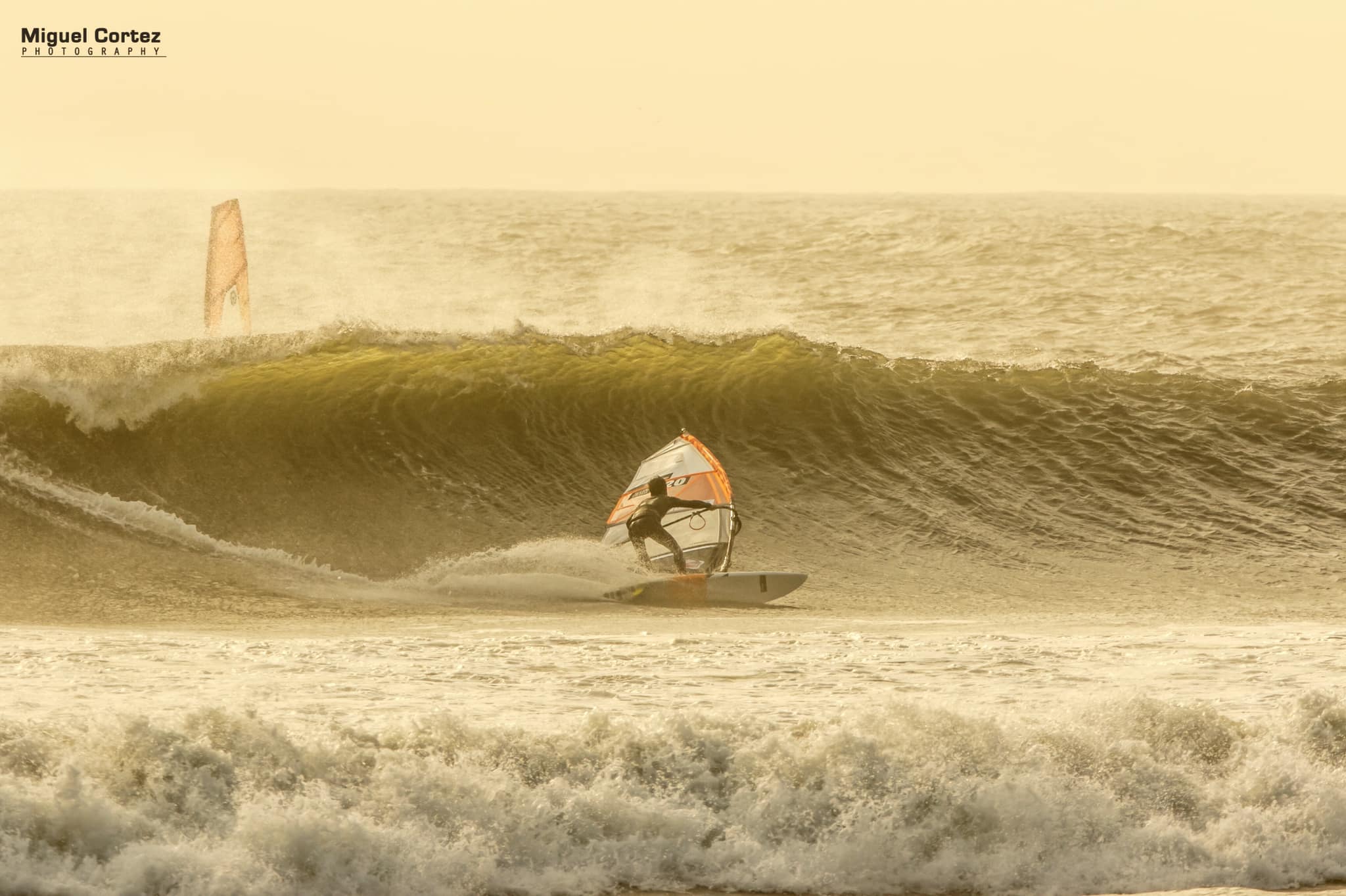 Missing the final four were Federico Morisio (ITA), Russ Faurot (HI), and local Peruvian hero William Perez (PER). Morisio won the event here 2 years ago and was frustrated not to make the final. Faurot has been on the podium here twice in the past, both times in 3rd place. Perez is having his rookie year as a Pro rider after first winning the youth division, progressing to win the Amateur division last year and qualify for Pro this year. He made a very impressive debut. Despite missing the top four, he defeated Faurot in the deciding heat in a 2 to 1 split decision.

Another notable performance from the Pro Men came from the Canadian Tom Soltysiak, who very nearly took out past champion Federico Morisio in the early round denying him a top 8 spot. Soltysiak was pushing it hard, picking off giant set waves and charging for the lip every chance he had. The Canadian won the overall Amateur title in 2017, turned Pro in 2018 for the whole tour and has been steadily working his way up the ladder. He was denied a top 8 berth here but clearly his time is coming.

The Pro Women completed their repechage round and whittled the field down to the final four with tour leader Arrianne Aukes (NED) then having to fight with everything she had in the hope of holding off major challenges from Maria Andres (ESP), Sarah Hauser (NCL/FRA) and youth hopeful Irupe Lamanuzzi (ARG). All riders had thrown down high scoring waves in the lead up heats but it was going to come down to the top 3, Aukes, Andres and Hauser who were the strongest in the final and the ones to watch for the final showdown.

On the line was the Pacasmayo Classic title but more importantly the coveted overall IWT wave title, and a $10,000 prize purse for first place, 2nd $5,000 and 3rd place $4,000, so the stakes are high!

The Pro Women’s final was held at sunset, the light was beautiful, the waves were stunning, light winds and smooth faces, it was a dream scene, riders picked off some great waves and gave it all they had. The results… under wraps until the closing awards night.

Day 3 looks to be another stunner with even bigger and more perfect waves peeling from the point revealed as the dawn light began its glow from behind the mountain range to the east. As the owner of El Faro Resort is fond of saying, “Pacasmayo rules!” 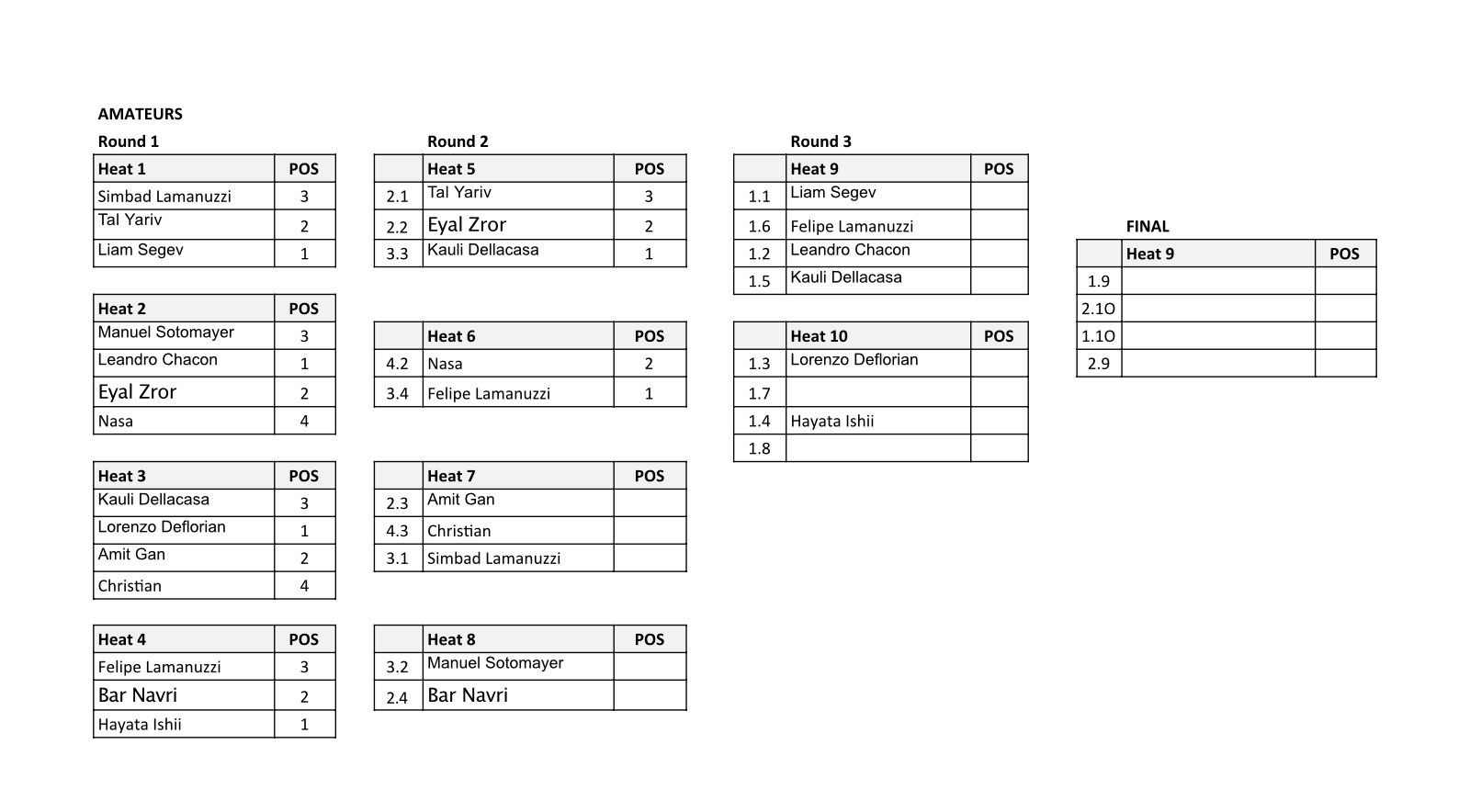