With the macking swell continuing into day three of the 2019 Mercedes-Benz Aloha Classic, and the trades showing early signs of kicking, the decision was made to begin the Men’s Double Elimination at 11am.

However, with the wind being cross onshore and light that made progress extremely slow going with just two heats being completed in two hours. Numerous heats were started, but with huge west sets closing out the channel, the decision was soon made to put the contest on hold with the conditions being deemed too dangerous to continue.

Unfortunately, Zane Schweitzer sustained a knee injury during Heat 27, which was one of the only heats to be completed. despite that, the 26-year-old still advanced in second place, behind Julian Salmonn. Everyone from the IWT and PWA wishes Zane a quick recovery. 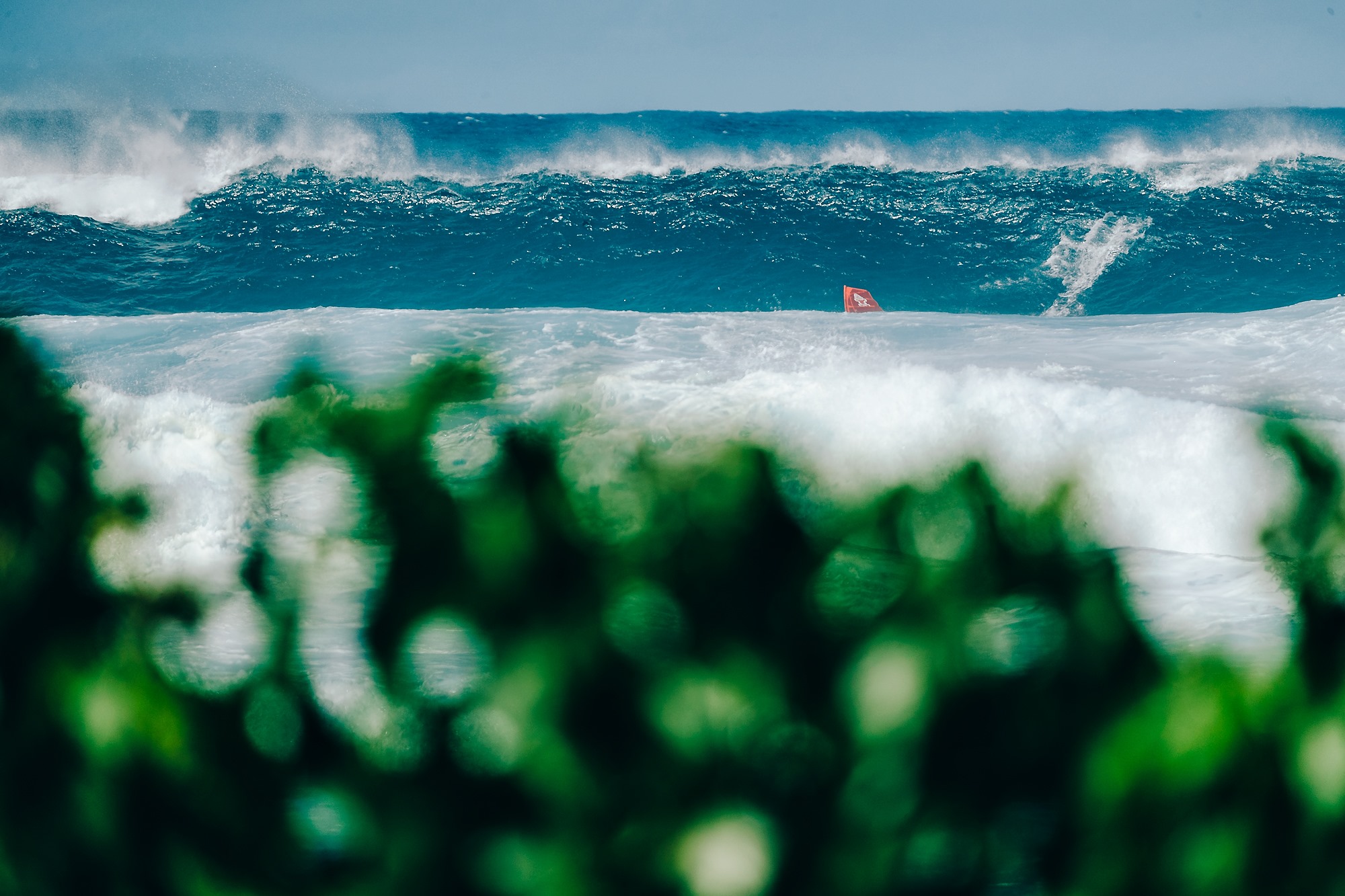 The only other heat of the day to be completed was Heat 25, which saw Russ Faurot use his local knowledge to full effect as he stayed out of trouble, while linking together a 6.38 and a back up of 3.88 points to win the heat ahead of Flo Jung, who was making his first appearance on the world tour since 2018 after sustaining a serious knee injury. Klaas Voget had his chances but was unable to cleanly complete his best waves, which cost him a place in the next round – however, the two heat results gained thus far will not count unless the whole of the first round is completed.

The difficulty of the conditions today was clearly highlighted by the amount of broken gear and the number of sailors who ended up on the rocks, and once the contest was placed on hold at 1pm the conditions never really looked like becoming suitable to resume – with the wind remaining onshore and the swell continuing to pump – so the fleets were released at 4pm.

Realistically with just two days of the contest period remaining, and the forecast not looking particularly promising to complete the Double Eliminations, that means that both Sarah-Quita Offringa and Philip Köster are slowly edging closer to a first and 5th wave world title respectively.

Offringa’s main threat would be Iballa Moreno, who finished second in the Single Elimination. Iballa would be required to defeat Offringa twice to deny the Aruban a maiden world title, while defending her own world crown, but she may not get the opportunity to do that.

Looking ahead, Wednesday on paper realistically looks like a lay day with light onshore winds expected, but as always you never know until the day, so the sailors will meet again at 10:30am (GMT-10) tomorrow morning for the skippers’ meeting.

To stay up to date with all the latest developments from Maui — including the live stream, click HERE and scroll to the bottom of the page.

Text by PWA staff. Photos by Si Crowther and John Carter.  Check the LiveStream, Facebook, and Instagram pages for more.