Day 4 of the Goya Cabo Verde Pro saw a bump develop in the swell and some super strong North Easterlies filter through. A watchful wait was placed on the location of Ponta Leme, a port tack point break which had initially looked promising but as the morning wore on it failed to deliver and the call was made to head to the site of the previous day’s action, ‘Little Ho’okipa’ or ‘Secret Spot”. 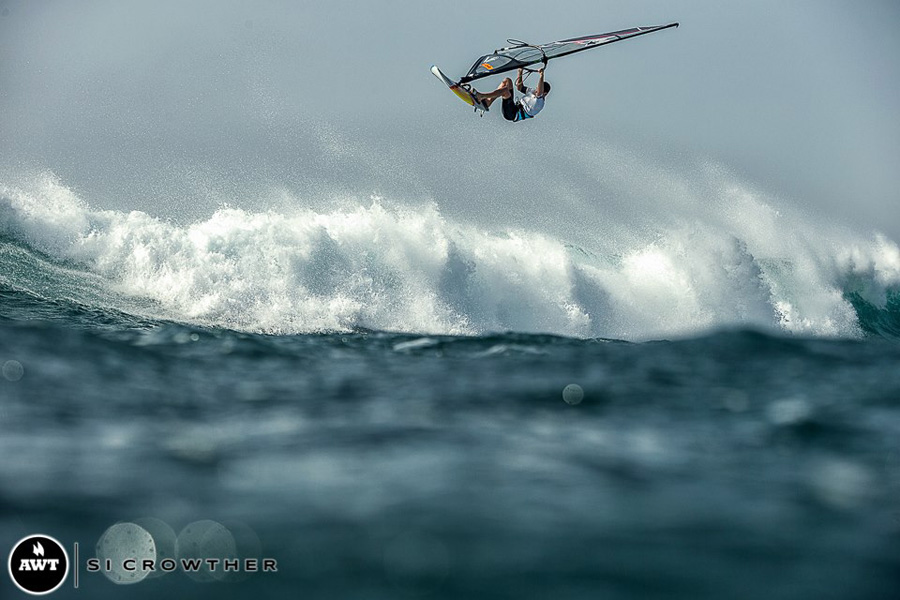 Up first was heat 7 of the amateur riders which set the tone for the day’s super competitive heats to come. As the ladder progressed the quality of the sailing went from strength to strength. The wind was blowing about 30knots with wave height varying in sets from head to logo high. Many of the seasoned locals were well equipped to handle the unexpected strong winds and most men were rigging 4.0m-4.5m sails. However quite a number of the AWT crew were caught out by the stronger-than-usual winds and were stuck riding sails much larger than ideal. None the less the heats ran through without glitch or injury, thankfully! Stand out riders from the heats came in the form of formidable locals including Freddie Fortes, Mustafa Pancar (Club Mistral), Demian Dobov, Gabry Santos and Phillip Bennett. They all fought through some stacked heats and showed their class and style on their local turf. 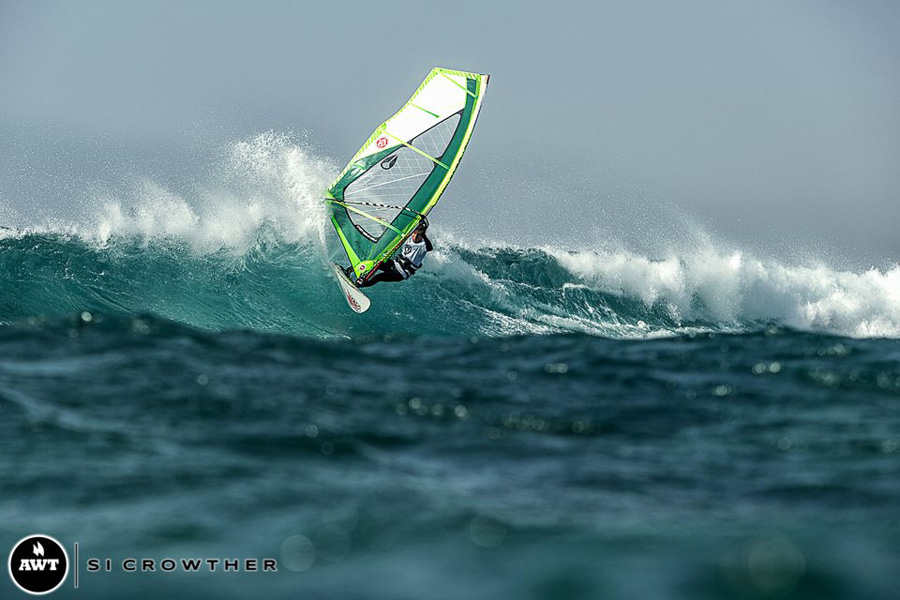 Making it through to the extremely tight Amateur Final was AWT veteran and judge Reuben Lemens (3rd and also scoring the highest single wave score of the heat), local riders Jakub Gasiewski (Cuba) (4th) and Iveldo Varelo (Russ) (2nd) and taking the win was Patrick Mazur (1st). The standard as always was extremely high in the amateur fleet with guys pulling off huge clean aerials and goitres, no doubt many of the competitors will be graduating to the pro fleet next time!
Then it was on to the ladies fleet and as mentioned, all were caught out for the right size gear and they all headed out on sail and board sizes comparable to the men. But needless to say they all held their own and in between dodging the gnarly reef of sea urchins all the girls put on a solid showing considering the massively powerful winds. Taking the win overall so far was Irish Lady Katie McAnena (1st), with a some big wave rides from Sam Bittner claiming 2nd place, local ripper Vickey Abbott winning a heat and taking 3rd overall and Italian Nicole Bandini in 4th. 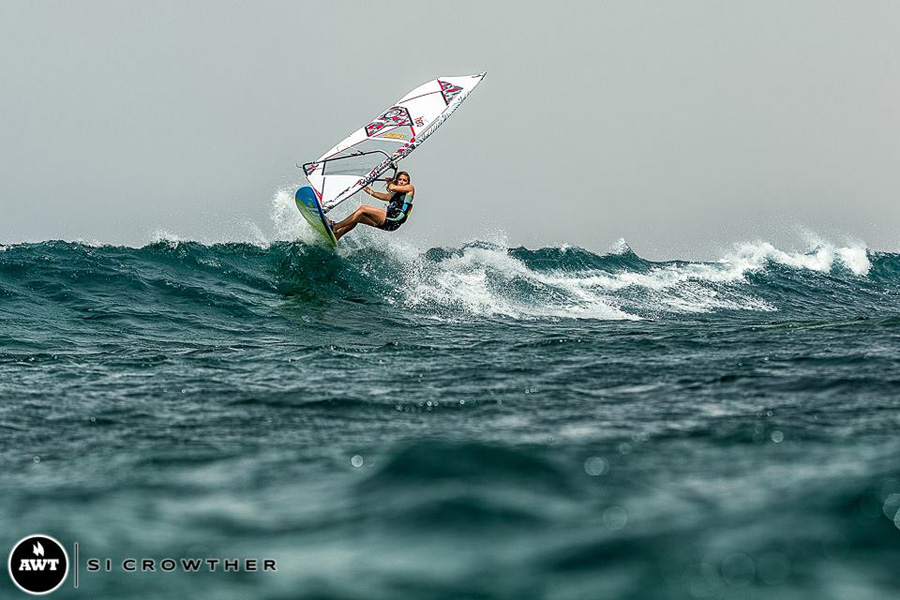 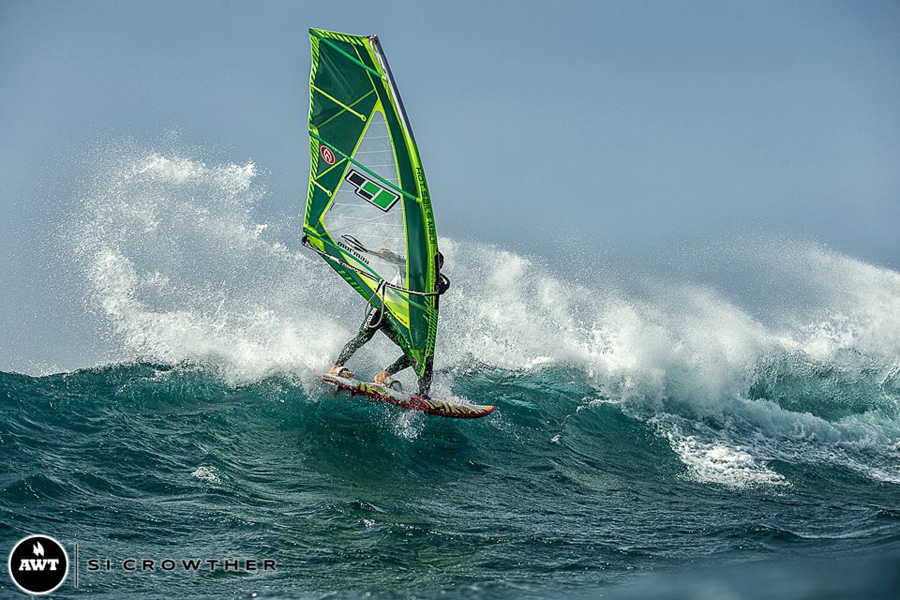 With that it was on to the Pro men to kick off their heat ladders. The 15 man fleet was joined by Amateur Winner Patrick Mazur to fill out the 16th spot. The swell was dropping but the sets continued to peel through with warm, consistent winds. A full first round of contest was completed including the repercharge rounds. The obvious stand outs naturally came in the form of Camille Juban, Kevin Pritchard, Boujmaa Guilloul and Kauli Seadi. But there were other riders who were hot on their heals and biting at the bit for their time to shine. Russ Farout caught one of the highest scoring waves of the rounds using his Maui knowledge to full effect and achieving a very well-rounded, technical wave ride. Moroccan Soufian Sahli also put on an impressive showing with his starboard tack prowess in full flight and impressing the judges to take a win in his heat. For sure the most tightly contested heat of the day featured a head to head of Kauli vs Boujmaa in the dying light of the day and in conditions that were challenging to say the least. But in true professional form both riders brought their A game and matched each other with highest scoring waves of the day each in and around the 9.0 range featuring a powerful, impossible-seeming Goitre from Boujmaa and a clean, technical air Taka from Kauli. But it was to be Kauli’s heat as he finished in first with a higher combo score thanks to the clean goitre he landed in the closing seconds of the heat. 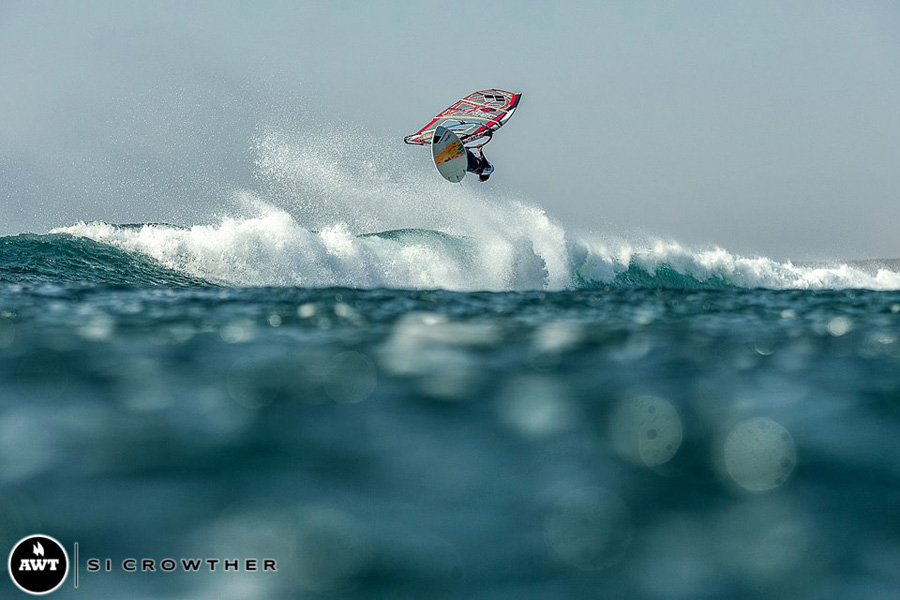 No doubt the stage has been set for an epic showdown in the Pro fleet to come so watch this space for more to come! Tomorrow kicks off with Children’s Day at Ponta Preta where the local community of children will meet and interact with the riders starting at 9.30am. As always stay tuned to the AWT website and our Facebook and Twitter pages for updates 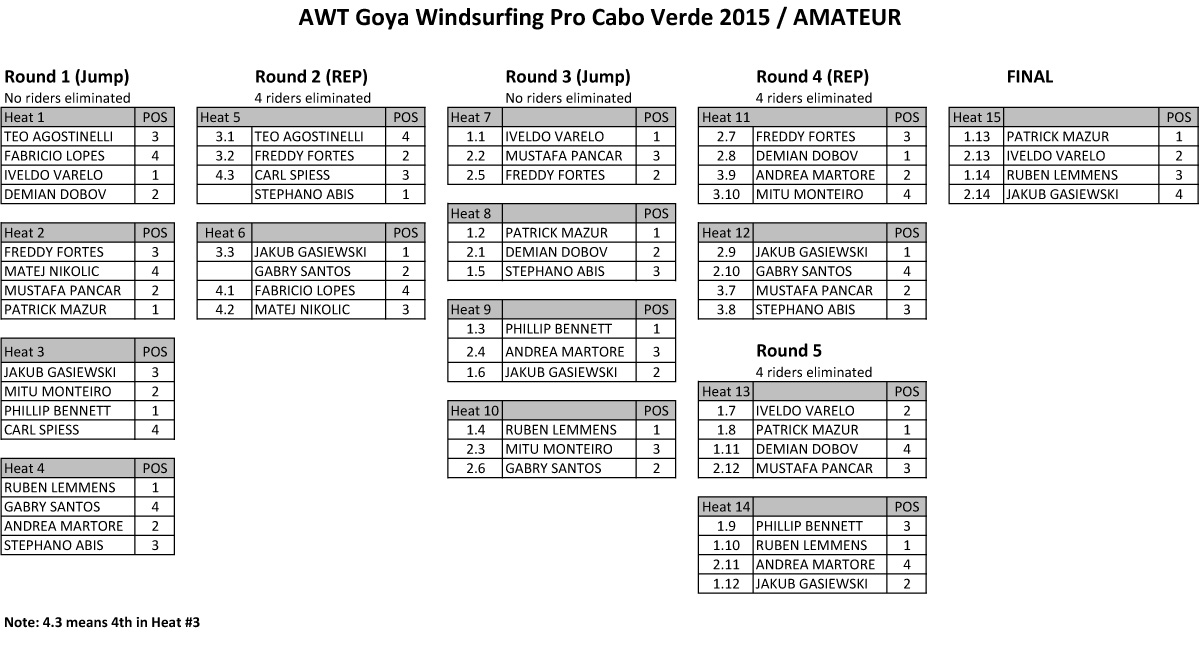 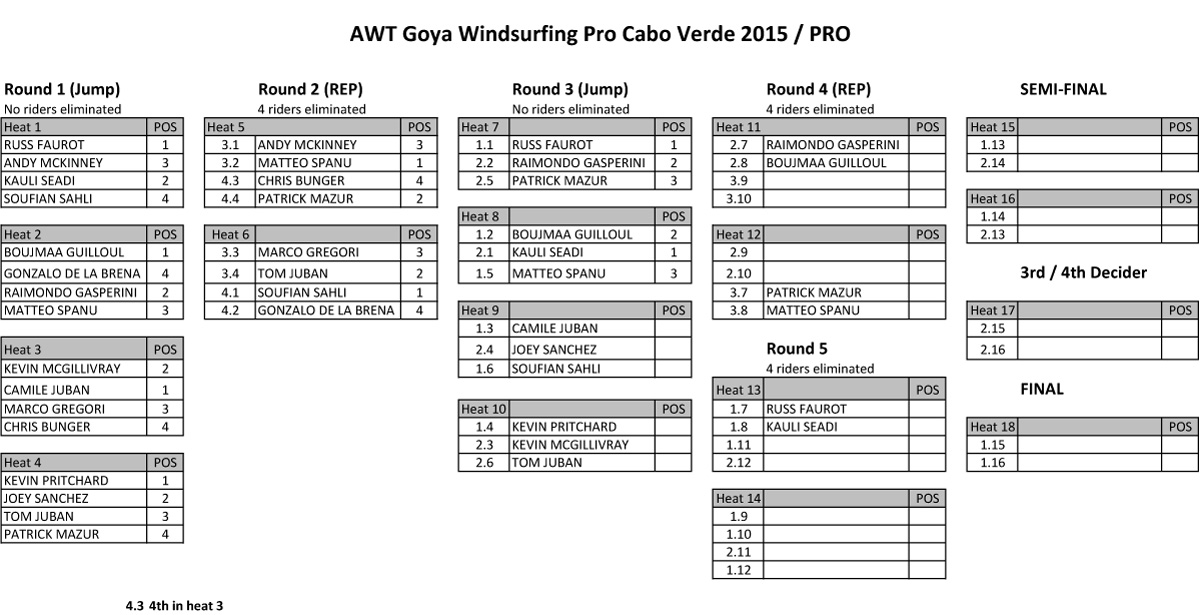 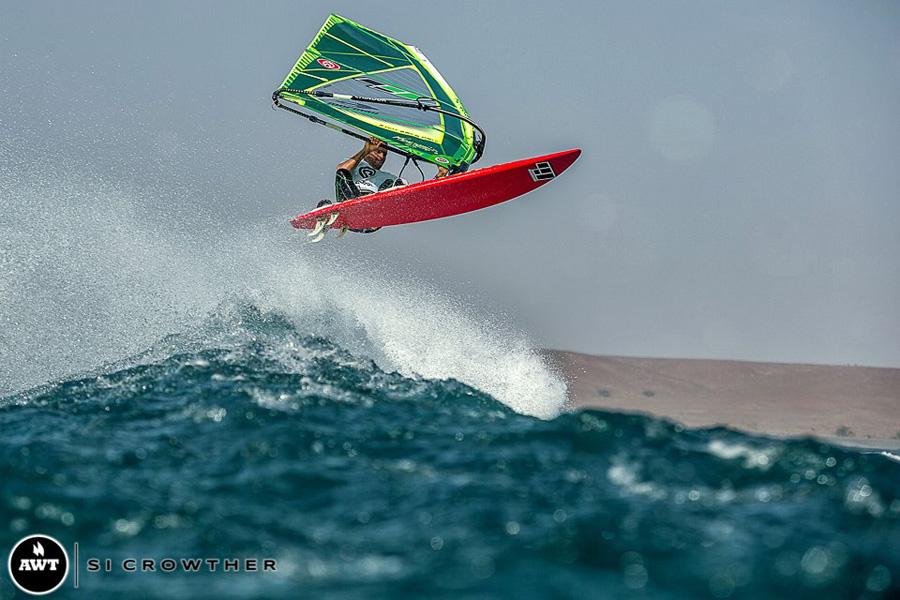 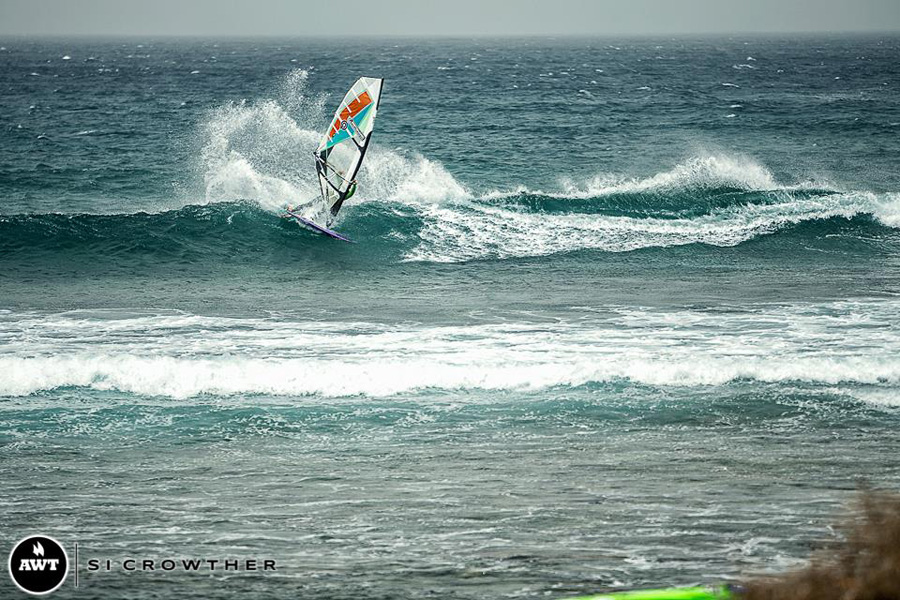 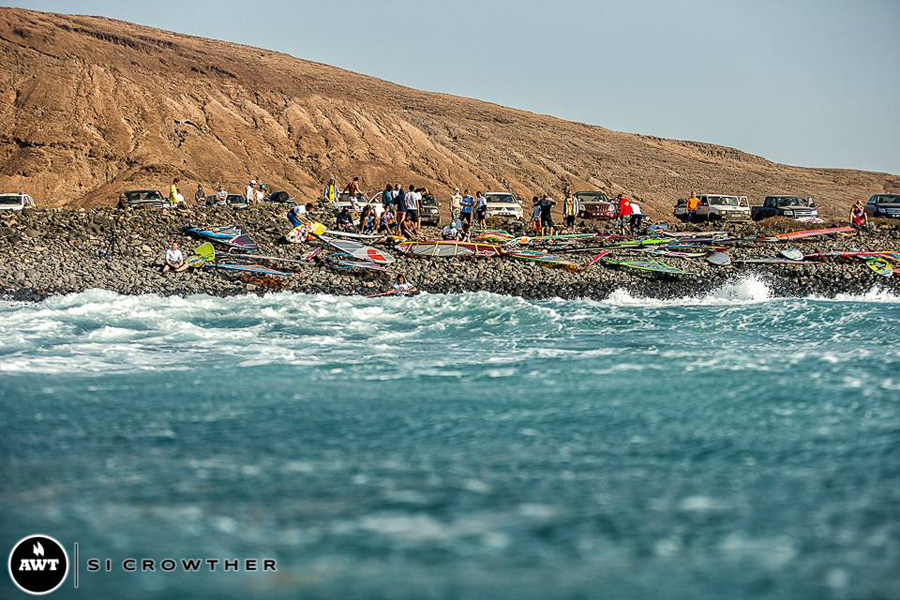