Riders awoke to perfect peeling surf from outside the point to past the El Faro Adventure Resort for Day 4 of the Pacasmayo Classic.

On cue to the forecast the waves and wind were up and the call was made to start the Pro division at noon. With head-logo+ sets starting to show up and riders on 4.5-5.2s the stage was set for an epic day.

Right out of the gates the pro fleet showed that it was going to be a battle for every rider to make it through each heat. As the wind picked up for the first round riders had no problem racking up multiple scores for their heats, and though there were great sets in each heat, a few stood out among the others to allow opportunities for maximum scoring. Jake Miller from Maui linked together a solid heat picking off the best waves to send him right into round 3. Moritz Mauch, right off the PWA Canary leg, seemed to readjust to perfect down the line waves quite easily and was tearing apart any wave that came his way. 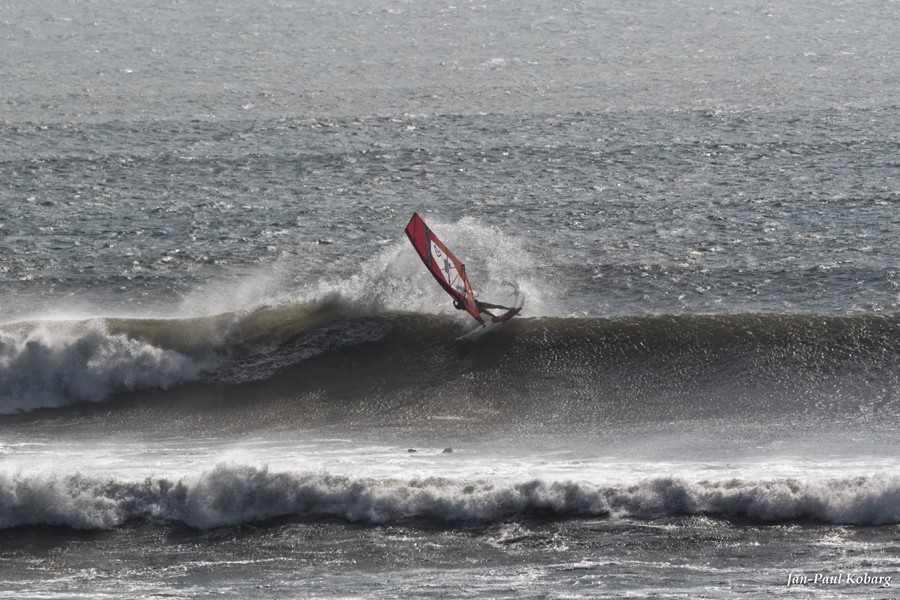 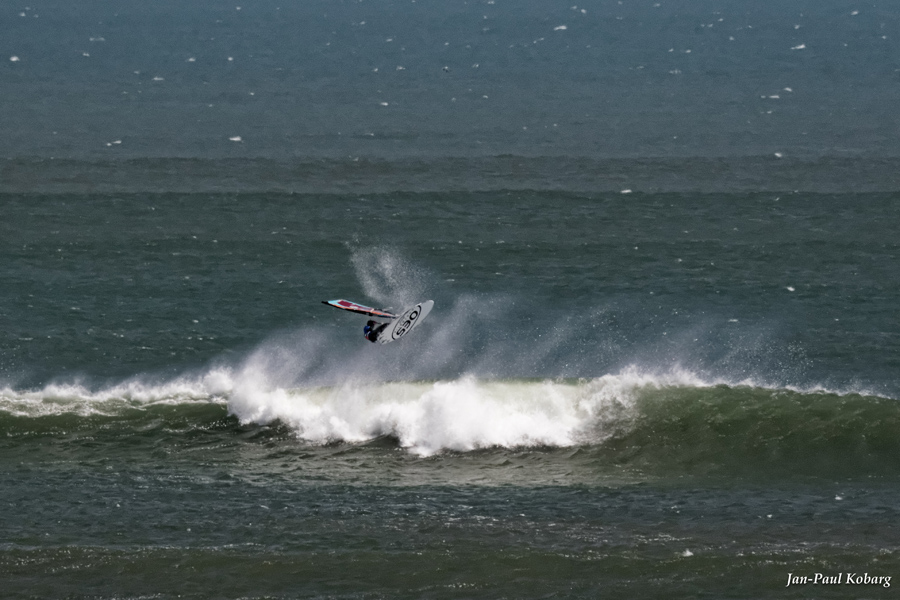 In round 2 we saw our first early exits, as well as some redemptions. Russ Faurot bounced back after a first tough heat to advance out of the 2nd round, as well as Felipe Weteles with a nice set right at the end of his heat to take the win.

The waves picked up a notch as round 3 commenced and the remaining 16 competitors got ready to get back on the water. In heat 11 Forrest Ladkin from Australia put on a great performance with fluid style as well as Yoav from Israel who was riding exceptionally well all day.

Heat 12 had the highest scoring waves of the rounds so far as Morgan Noireaux, Moritz Mauch, Casey Hauser, and Thomas had some of the cleanest waves of the day come through as their heat began. Casey found a couple bombs and rode them through top to bottom to put up some big numbers early, but halfway through the heat Morgan found one of the best waves of the day with big turns and huge aerials starting at the point and going all the way through. Moritz got two amazing waves as well and showed great down the line turns in the critical section, and pulled off a goiter at the end of his 2nd wave to seal the deal. 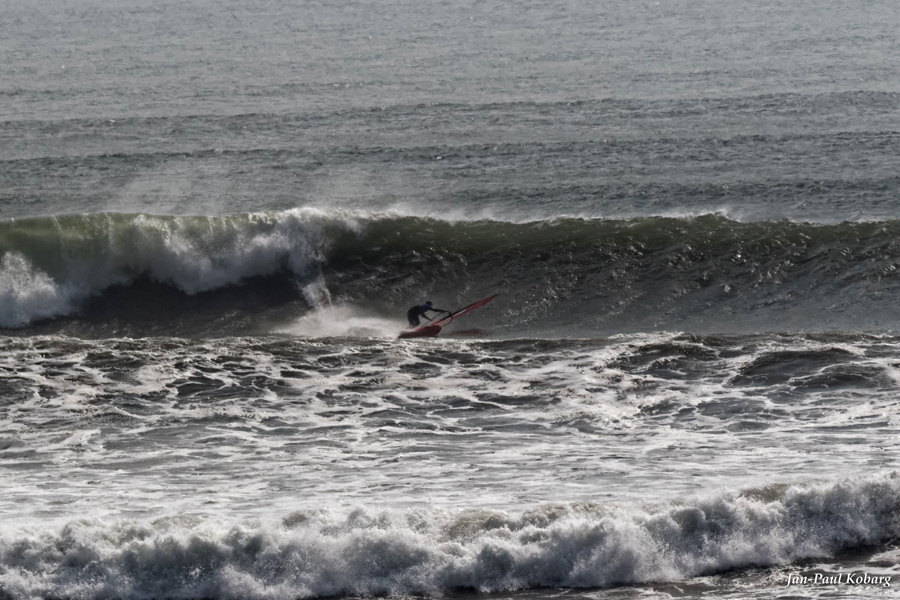 The Am’s hit the stage late afternoon going right into the Semi’s. Again it was Ben Johnston and Jamie Brown showing experience in the bigger waves, always having great wave selection and timing the sections with ease. Local William from Pacasmayo was also a standout and a crowd favorite, and had no problems securing his spot in the finals.

The stage switched back to the pro’s to start the semi-final round. In the first heat Russ Faurot picked off a mast high gem right at the point and rode it all the way through, linking turn after turn and a couple aerials to give him a massive score right off the bat. Maxime from France, after a bobble on his first set wave, bounced back with some radical waveriding with fast critical turns and a few nice aerials to get he and Russ into the finals.

The second semi was a battle. As the green flag went up all riders picked up a wave as a massive set rolled through and were destroying it. Morgan had 3 ridiculous turns and a quick air before the section closed him out. Yoav found more of an open face and was able to race through to the resort after drawing lines of tight turns and aerials all the way down. 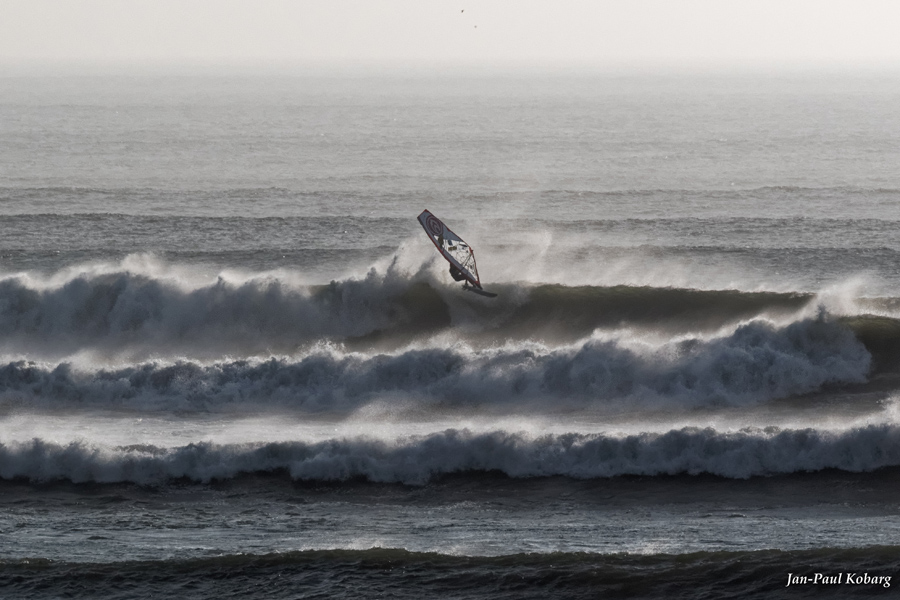 Forrest picked up a decent size set, and after a good opening section up top, just unloaded on the bottom section of the wave as it walled up with turn after turn and back to back aerials to finish the wave off.

Then it was Mortiz’s turn. He had a beautiful wave, logo+ breaking top to bottom and reeling all the way through. At the point section he put together a string of hard turns before flying into a section and booting one of the biggest aerials of the day to land out in front and continue on down the point all the way past the judges tower.

The heat went back and forth in this manner until the very end, with Morgan catching sets at the point, but unfortunately having the door close on him halfway through, while Forrest and Mortiz were able to connect them down. In the end it was Mortiz taking the win and a tie for 2nd between Forrest and Morgan, with Forrest getting the upper hand in the break.

With the pro semi’s done it was time for the Amateur final to get back out for another 20 minutes of some of the most epic wave-riding imaginable. The waves kept coming and William, Sergio, Jamie and Ben had their pick on some great lines coming through. Jamie’s wave knowledge continued to shine as he found some great lines to ride across the entire bay, while Ben finessed his way through turn after turn and some nice hits per usual. 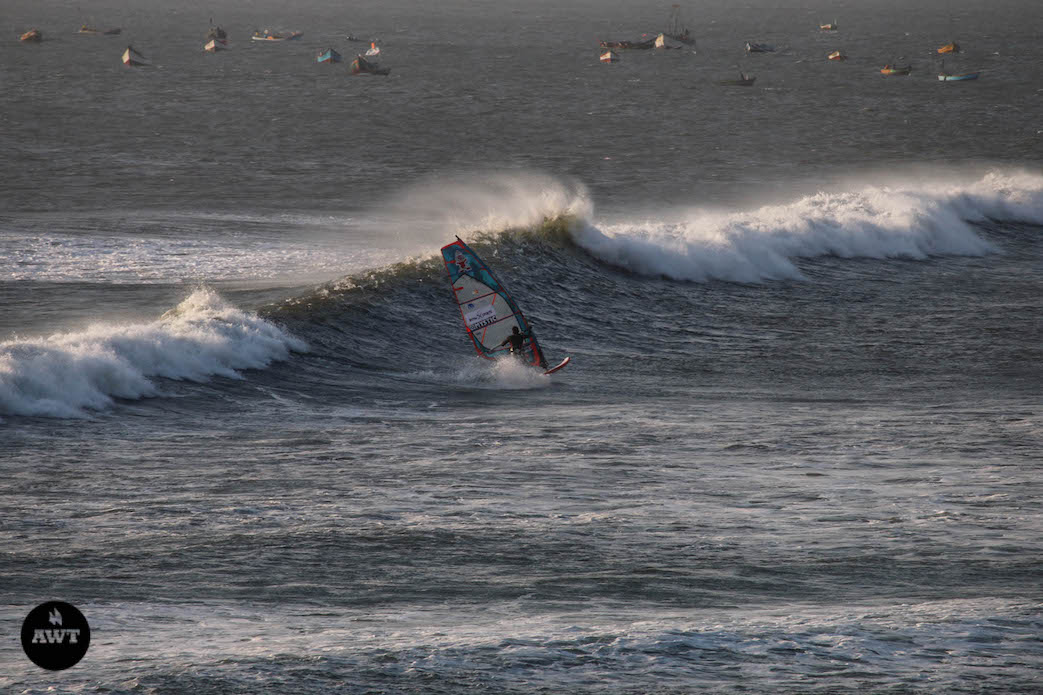 Local William had some great waves with huge hits and had the fans going wild and you could feel the fun he was having from the judges tower.

The wind started to fade towards the end of the Am final heat and the call was made to postpone the pro final until tomorrow. The conditions are supposed to hold and we expect to get competition underway again around noon with remaining action of the Pro’s, Women’s, Master’s, Youth’s and Grand Master’s divisions.

As always, stay tuned to our social media pages for updates throughout the day. 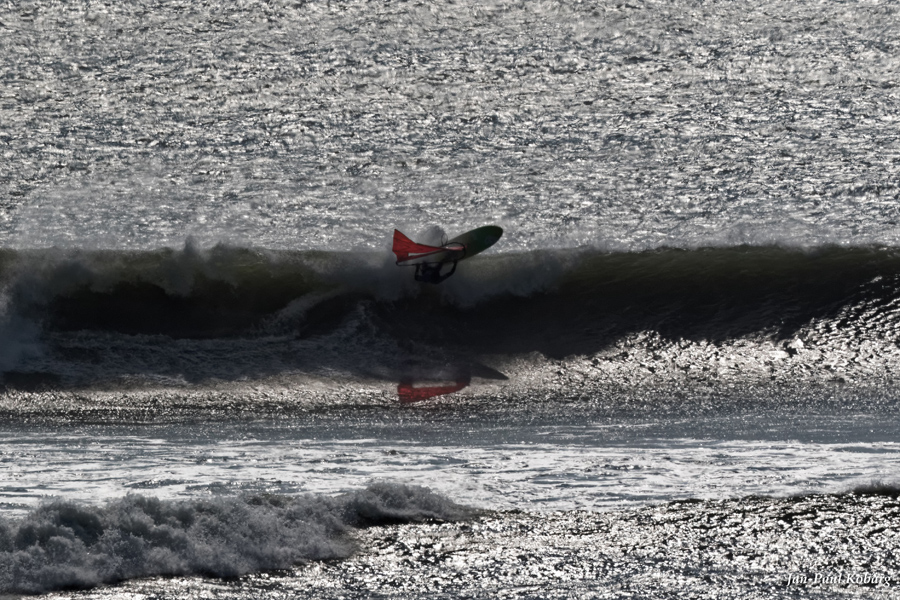 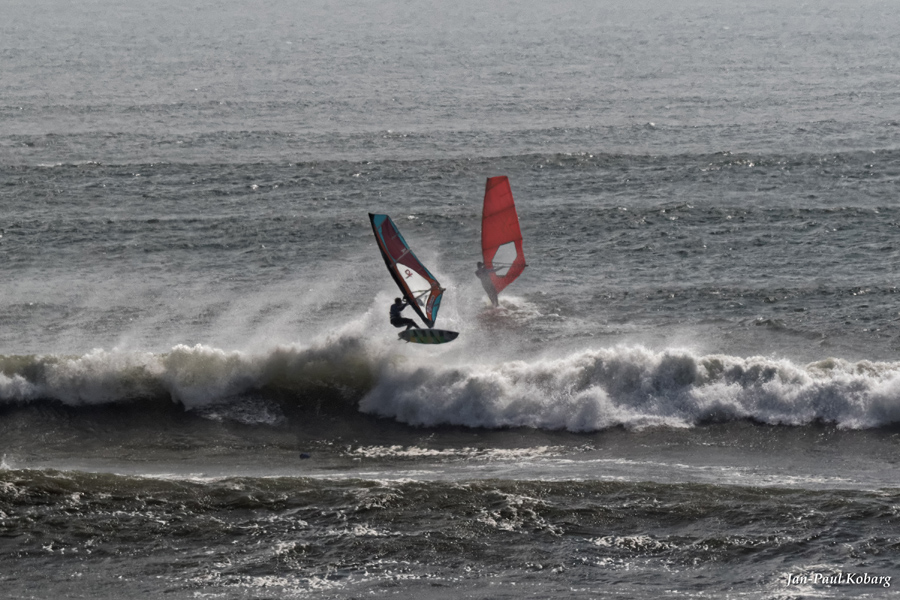 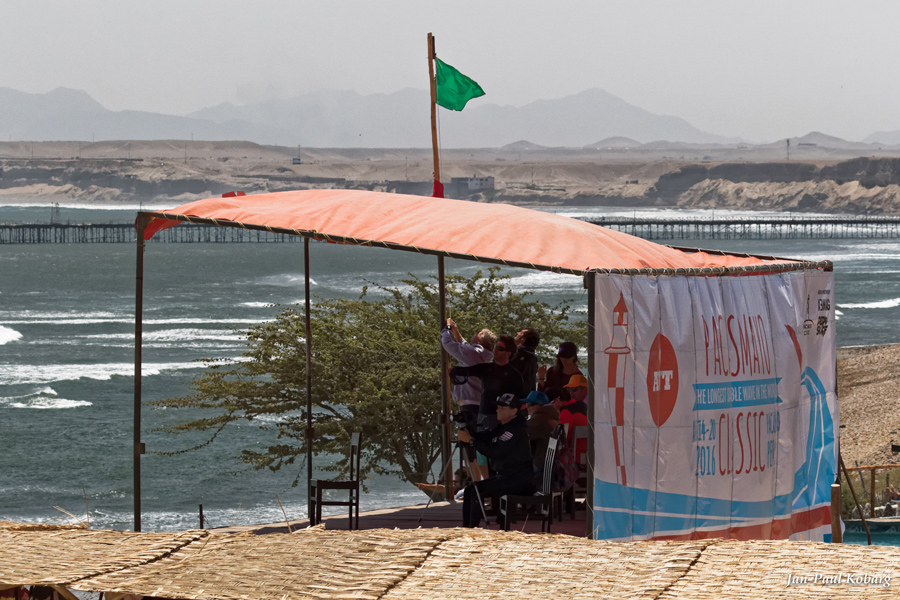 Previous Post
Debut of Amateur and Women Fleets on Day 3
Next Post
Day 5: Epic Conditions for Finals Day in Pacasmayo