Day 6: Competition Back On in Port Tack Conditions! 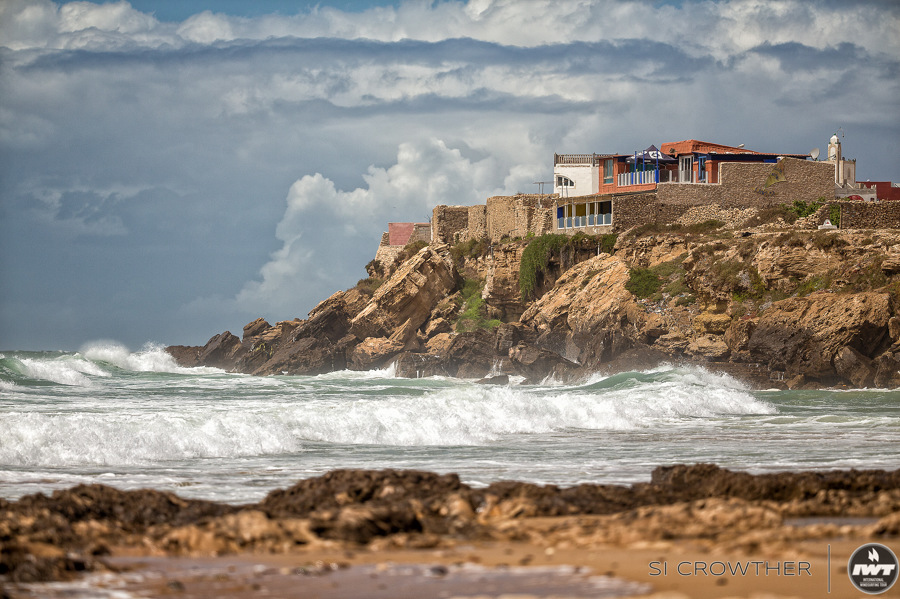 When the skipper’s meeting took place this morning at 10:00am the wind was still light and blowing from the south. Duncan Coombs released the Pro Men and Women but stayed optimistic for the other divisions and asked everyone to stay ready. By 12:30pm the first heat of the double elimination started with the Masters and the Grandmasters in chest to logo high waves and light but steady side-onshore wind. JP Pooley proved his ability to excel in both tacks and backed up his first place against Carl Speiss while Colby Deer took the win against Gerhard Thaler in the Grandmasters. 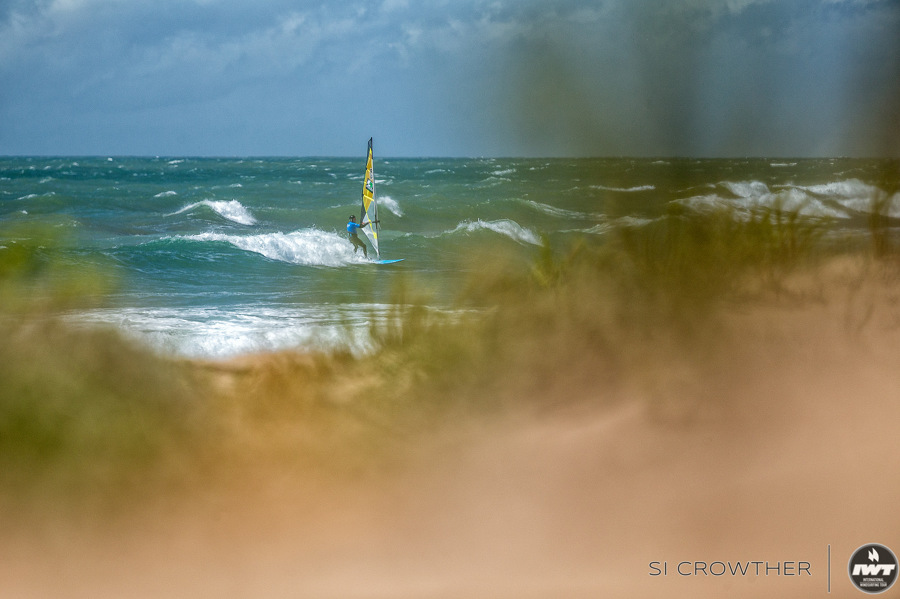 The competition continued with the Amateur double elimination. Ian Whittaker and Gerry Gaebges were both on a mission to improve their rankings, performing with smooth rides and choosing the longest waves. JP Pooley, a former triathlete showed off his endurance sailing a total of six heats. As the wind picked up, a jump was added. In heat 28 Emile Kott landed a clean forward loop, and showed some radical surfing securing his spot into the next heat. JP wasn’t as delighted about the jumping but managed to compensate with his wave riding and a clean one handed jump on a big ramp. With the wind fluctuating and dropping, Head Judge Duncan Coombs decided to stop counting jumps and to focus only the wave rides. Emile and JP faced each other and it was Emile who sealed the deal with the best wave ride of the day, attacking the lip and releasing the tail. He ended JP’s progression who had won five heats total in the Masters and Amateur divisions before this one. 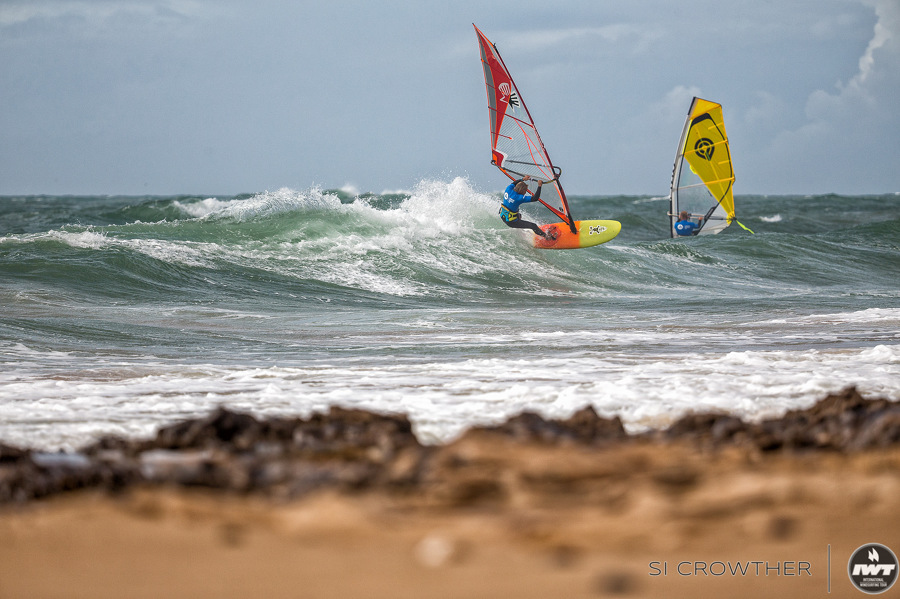 As the wind picked up again, the jumps were back on! Emile and Paddy were fighting for 4th place. Paddy’s wave-riding was on point, commanding loud cheers from the crowed each time he performed his signature critical backside hits. He wasn’t as comfortable as Emile in jumping, but showed incredible skill under pressure, landing the third backloop of his life to take the win! 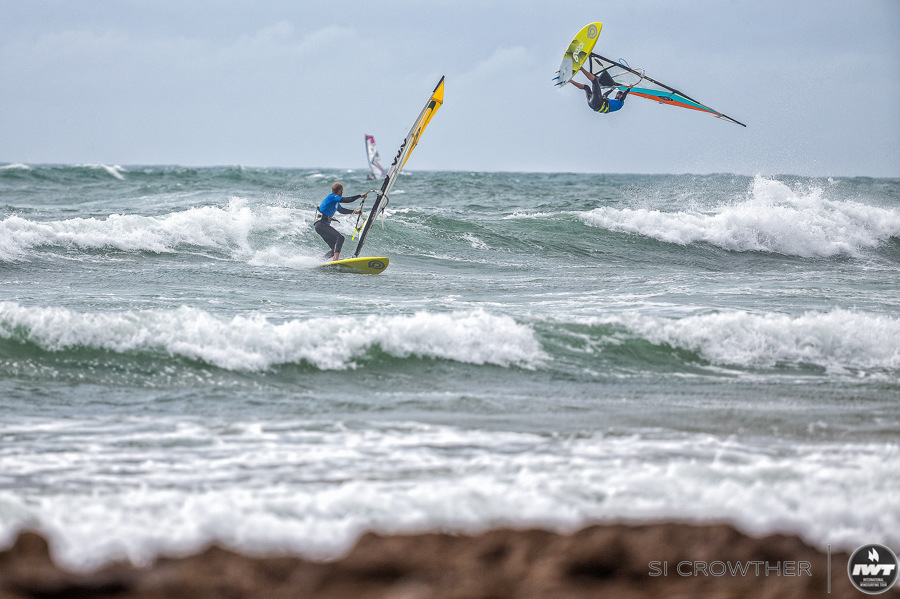 Paddy’s quote: “Those were the best 15 minutes ever! I had to wait all day for my heat, but when I went out the wind was up and the waves were powerful. Landing the third backloop of my life during a competition was sensational, especially because I was against my really good friend Emile who always lands every jump!”

Unfortunately Paddy could not reproduce the same performance against Tom Soltysiak who landed a big forward and caught really good waves, riding them all the way to the beach and finishing with strong cut backs. Tom went on and took down Alessio Carboni in the last heat of the day. Like a lot of riders today, Alessio was out of his comfort zone riding port tack conditions, but that’s what windsurfing is about: adapting to whatever conditions a spot delivers and making the best out of them. Tom will challenge Yves Masnada for first place on Saturday when the trades wind are expected to come back. 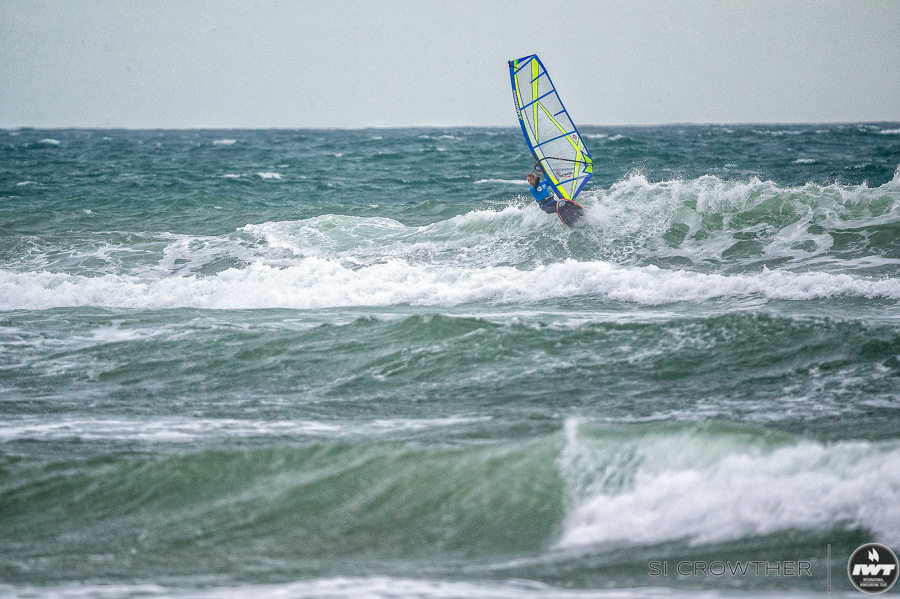 Friday looks like another non-wind day so the riders are planing on adventuring to Essaouira again. It is remarkable to see that the competitors and the local spectators aren’t that upset about the non-wind days. Indeed, many activities have been planned through the week encouraging cultural exchange in the tiny town of Moulay and in the bigger town of Essaouira. Like all the IWT events, the IWT Morocco Spot-X is about much more than just competing!

– Monday, the water rescue saving was a great educational moment and a lot of fun on a sunny day at the beach. Moulay is a very small town, so for the locals it was a rare opportunity to play around the sea with people from all around the world while learning how to keep their water buddies safe.

– Tuesday, The beach clean-up turned really quickly into a game for everyone who felt more connected to the beach of Moulay and grateful for its beauty. It was a great way for the travelers to show their respect to the town and its people. 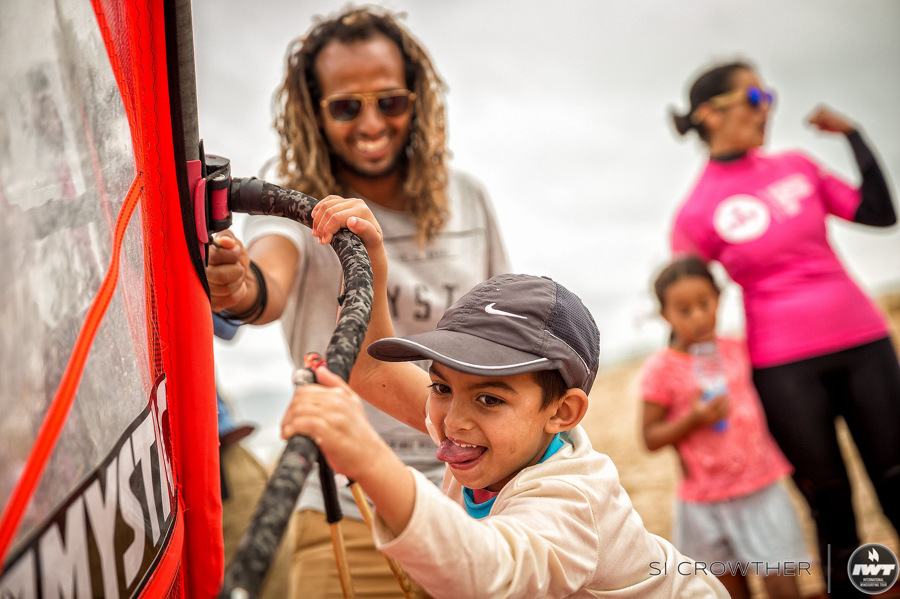 – Wednesday, teaching the orphans of Essaouira how to windsurf was also a highlight of this week, inspiring the kids to follow Boujmaa’s path, to dream big and engaging the competitors into a philanthropic activity. 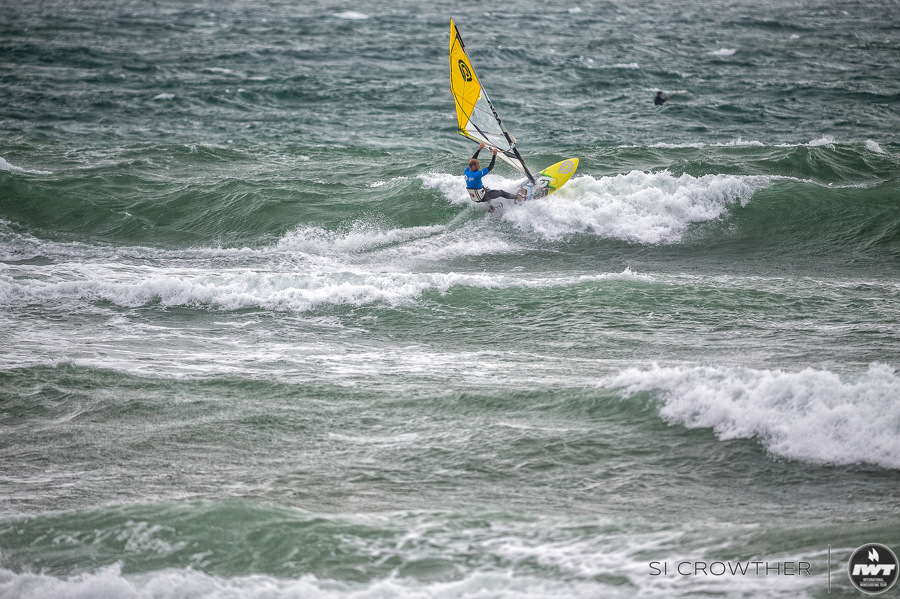 Text by Sarah Hauser and Photos by Si Crowther