Girardin, Katchadourian and Baker Are Victorious

This morning we were greeted by the best conditions of the competition so far. With the wind blowing and some logo high sets rolling through, it was straight into it with almost all of the fleets getting onto the water today.

The Pro Women were first on the water with Sarah Hauser putting in a dominant performance, really hitting the lip on some great waves to score a 7+ and an 8-point wave. Ingrid Larouche also impressed, picking off some good set waves to take the second qualifying spot. 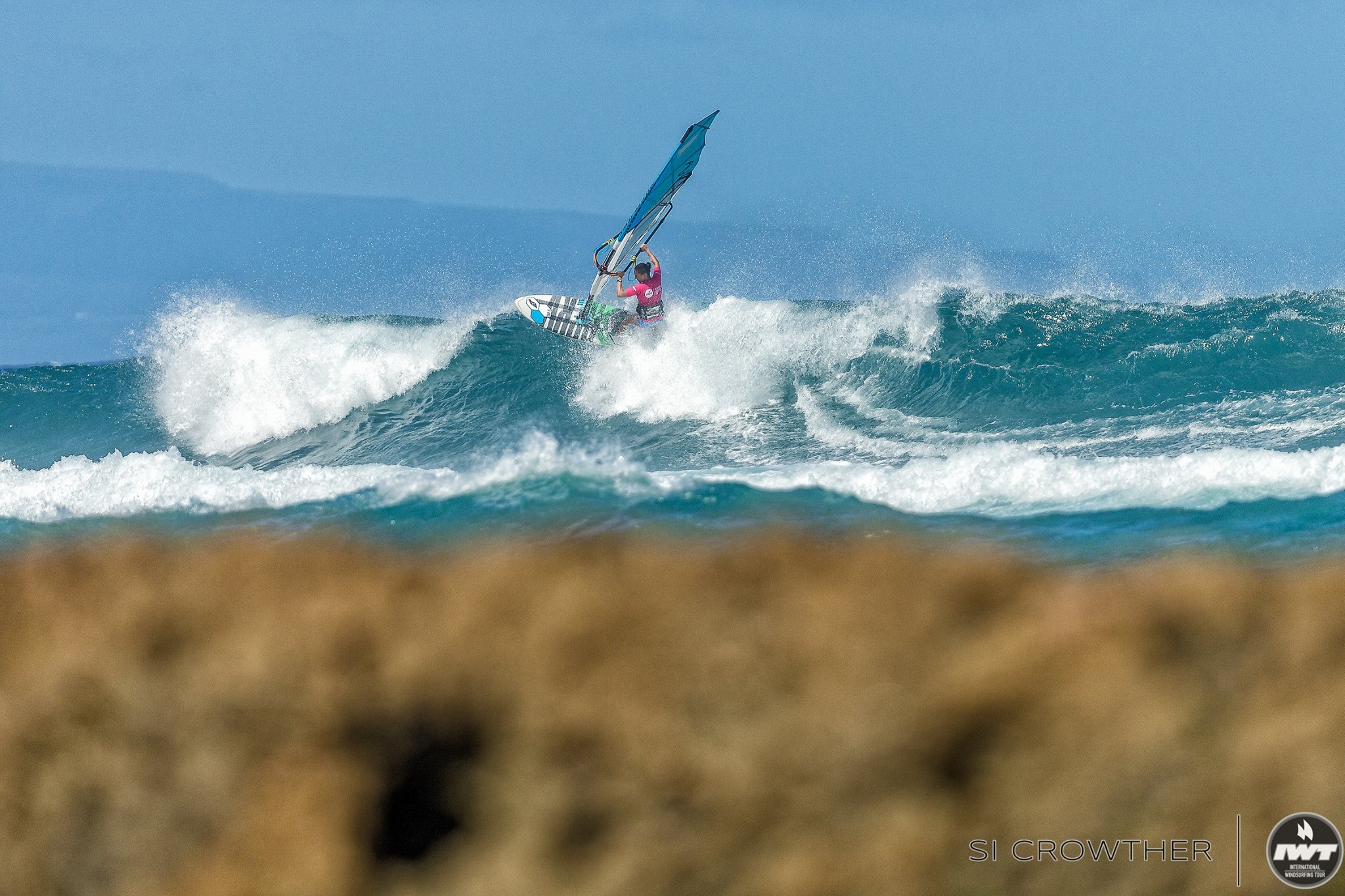 Fiona Wylde showed a great deal of patience in her heat as she lined up two bomb waves out the back and hit perfect off the lip turns. She showed us why you need to wait in the conditions today and took the highest women’s heat score of this round. Sato Motoko also picked off some great waves in this heat, chasing Wylde all the way.

Tatiana Howard showed her fluid style again in heat 9 of the women, easily advancing along with Shawna Cropas. Maria Andres and Vickey Abbott both sailed well in heat 10, Vickey was picking off the best set waves, again showing patience as the wind dropped a little. Both of these riders have a great aggressive style, which they used to make their way into the next round.

We were then straight into heat after heat of the Pro Men, as we got all the way through round 3. In heat 21 Loick Lesauvage busted out some floaty aerials and showed lots of style on the wave to take second, but Boujmaa Guillol played the waiting game, making great wave selections and slightly more critical, aggressive turns to give him the win in the heat.

Kai Lenny was dominant in heat 22, taking wave after well-timed wave. This was an incredibly close heat. Maxime Fevrier picked up some excellent waves with a lot of flow and managed to edge Kai Katchadourian into third place. Katchadourian got some good waves himself, but couldn’t quite catch Fevrier.

Graham Ezzy was absolutely on it in heat 23 and picked up a total of 9 waves, his first wave may have been his best scoring but he showed consistency all the way through, exactly what we expected from the Maui local. Yuma Itibashi took second just a few points behind, by getting right under the lip on a couple of nice waves.

The absence of Francisco Porcella made heat 24 a little easier for the remaining riders. Morgan Noireaux took his time to select the waves he really wanted at the start of the heat. This paid off as he kicked off with two good scores. We certainly think there is more to come from Noireaux in the next round of competition too. 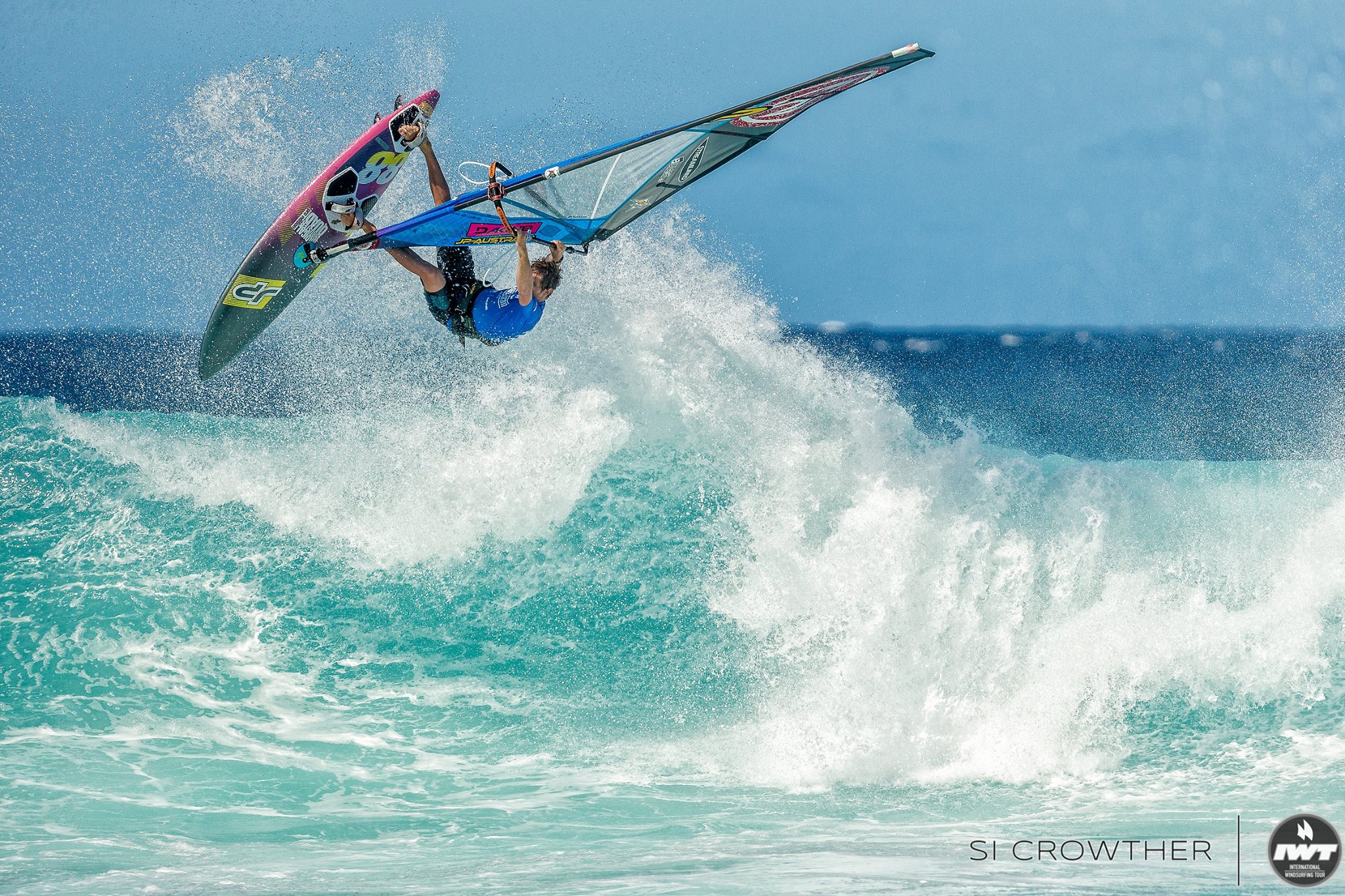 Camille Juban was the one to watch in the next heat. Juban set himself up on a big wave and boosted an aerial with a decent turn to end the wave. Moritz Mauch was just behind Juban, with great wave selection too. Mauch went big too, making sure he landed what he needed to advance. 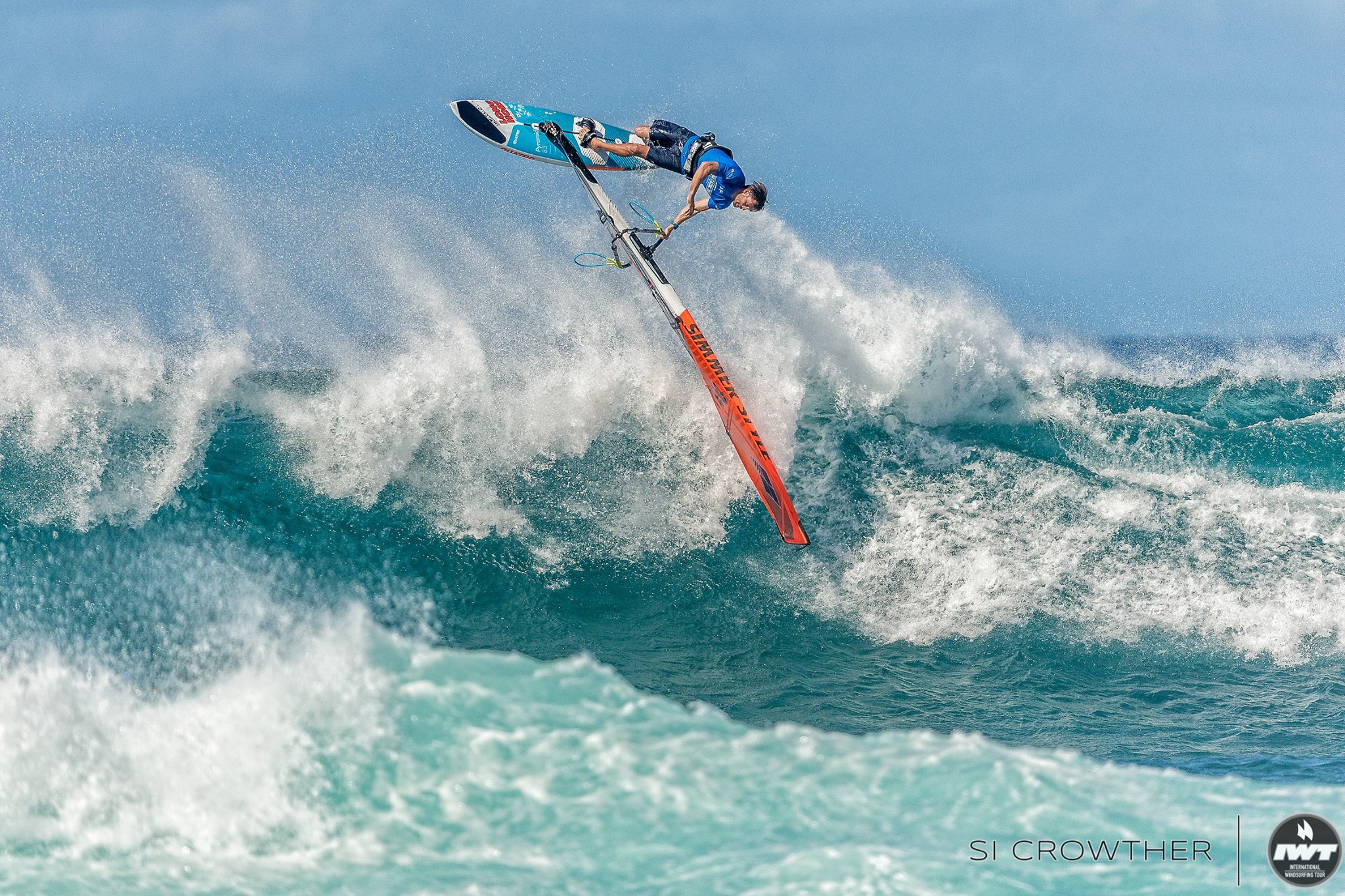 Antoine Martin looked in control of heat 26, as he landed a nice goiter, stuck aerials, and hit critical turns to take the win. It also looked like Federico Morisio was going to secure a spot in the next round as he racked up a 14+ heat total with a couple of well-executed waves. Bernd Roediger hadn’t looked on form for most of the heat but saved his best 2 waves for last; Roediger finished with a 9.33 wave, which included a floaty air, goiter and some follow up turns, to snatch the win and dash Morisio’s hopes of advancing. 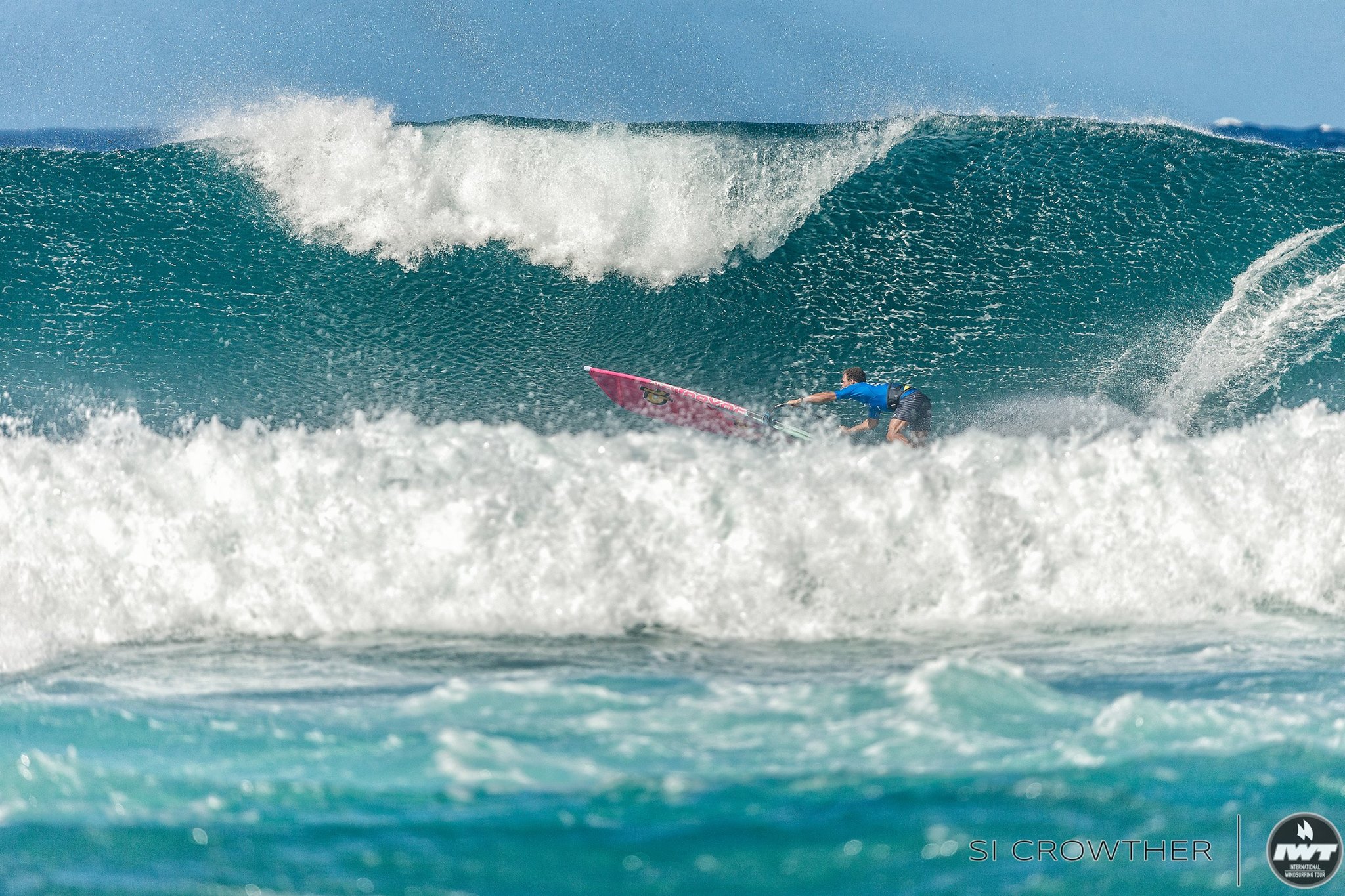 Levi Siver also looked like he was taking his time to warm up in heat 27… that was until he pulled out the first 360 of the contest! This was yet another very tight, action packed heat, and straight after Siver’s 360, Robby Swift answered back with one of his own. Swift couldn’t quite match Siver in this heat though, as Siver took the highest wave score (9.4) and heat score (16.8) of the day.

In the last heat of the third round of the Pro Men Kevin Pritchard looked in control. Pritchard got himself onto some of the nicest looking waves, proving again that patience is really needed at Ho’okipa. It was a close battle between Jake Schettewi and Casey Hauser for second place, but it was Schettewi that just won through, taking second place in the heat. 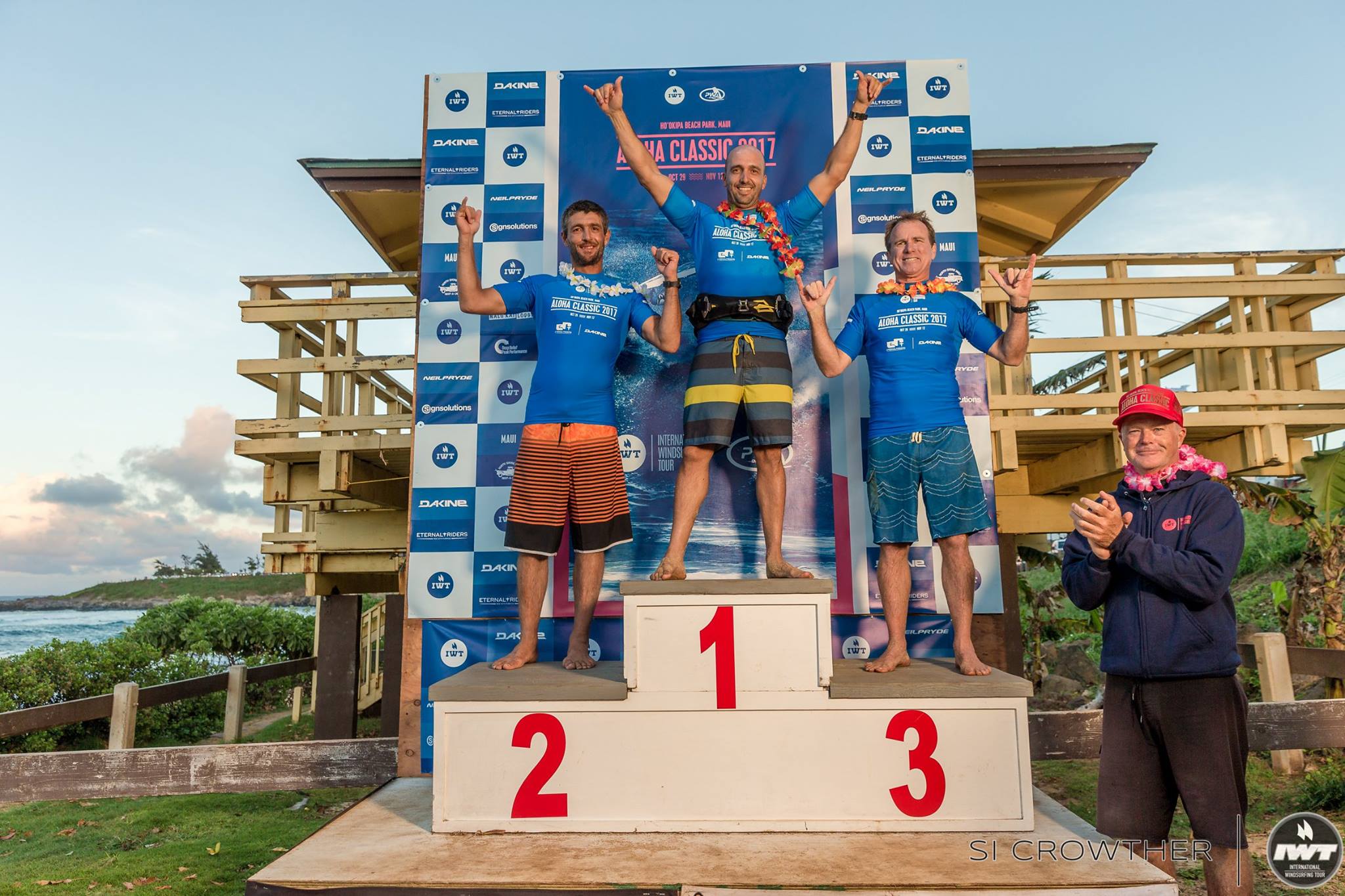 Yves Masnada really showed his style in the first of the semi finals, taking 2-3 excellent waves where he timed his turns to perfection. Simeon Glasson also picked off a couple of the nicest waves of the heat. He didn’t go quite as critical as Masnada but was only just behind him in the scoresheet. Glenn Haslbeck also had some great waves, but couldn’t quite catch Masnada or Glasson who both advanced to the final.

It was all about Damien Girardin in the second semi final, he showed a nice fluid style and impressed the judges with apparent ease. Greg Aguera looked on form but only managed to get two waves in the semi, luckily they both scored well for him and were enough to give him the last spot in the Amateur final. 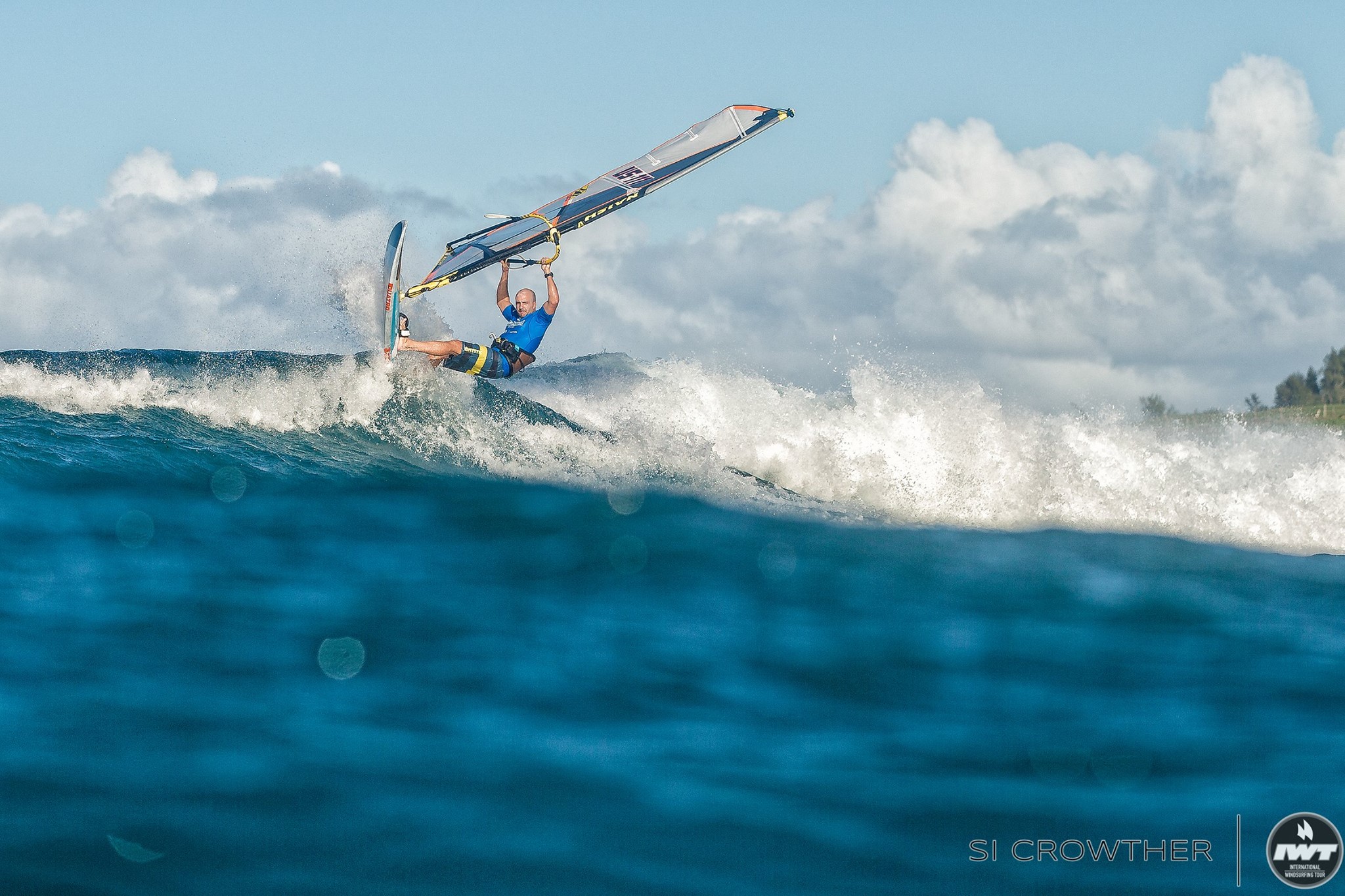 Girardin again looked good going into the final. Masnada picked off wave after wave but couldn’t quite rack up enough to topple Girardin who had already laid down an incredible 7.33 wave. It was Girardin’s well-timed turns on the biggest set waves that gave him the win, but the judges were equally as impressed with Masnada’s style and aggression; the win could have gone to either of these riders, with just a few small details making the difference in the final today! 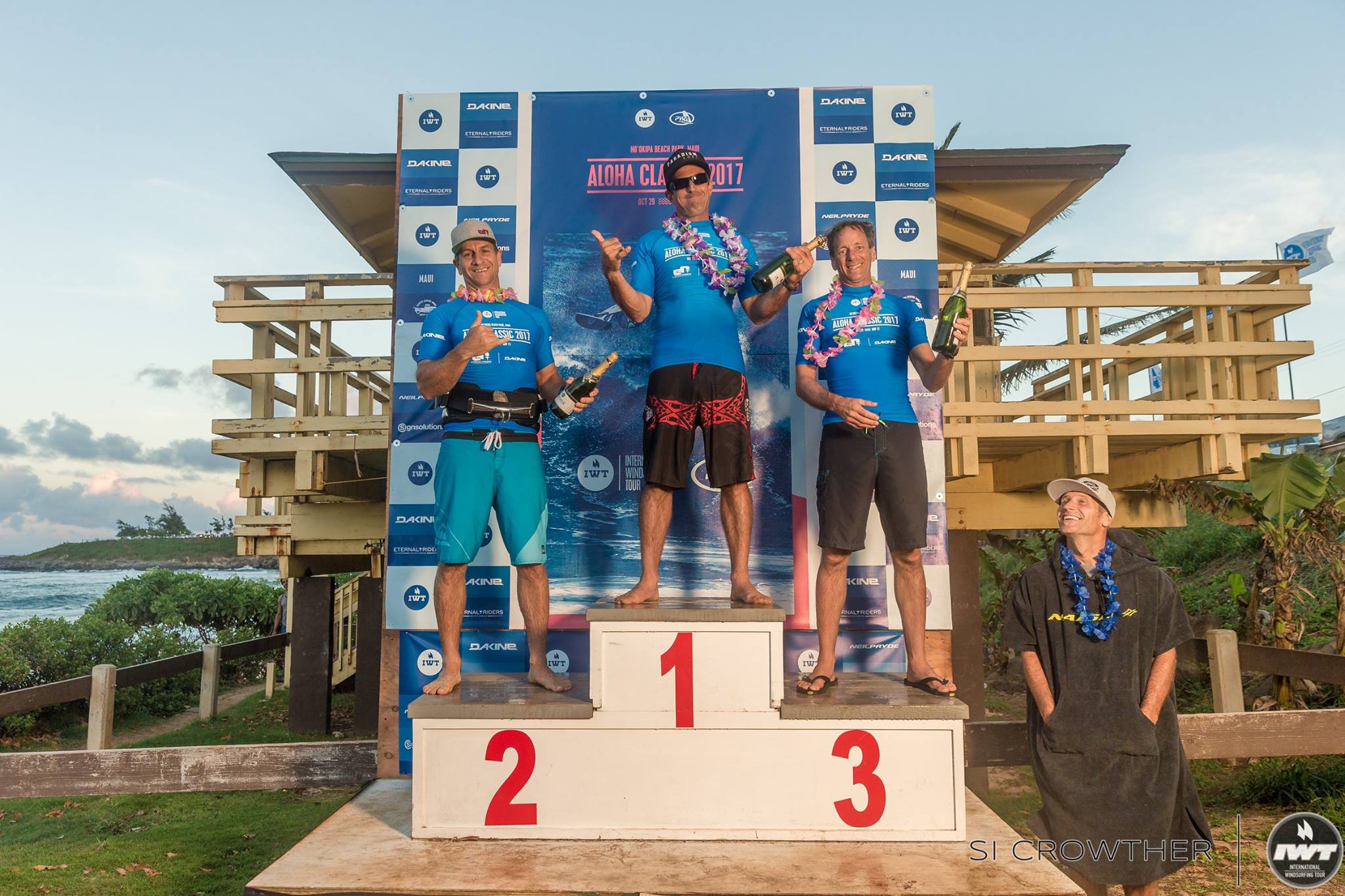 The Masters final was a chance of redemption for Kai Katchadourian. Pascal Hardy started off the heat well, with two nice waves fairly early on. Katchadourian also opened up with a great first score, but it looked like it was going to be Hardy taking the win, as Katchadourian couldn’t quite get the epic wave that he needed… until the last wave. Katchadourian snuck onto a wave right on the buzzer. He didn’t go crazy, just racked up turn after nice turn; he knew exactly what he needed to take the win and he did it, taking victory by just 0.1! 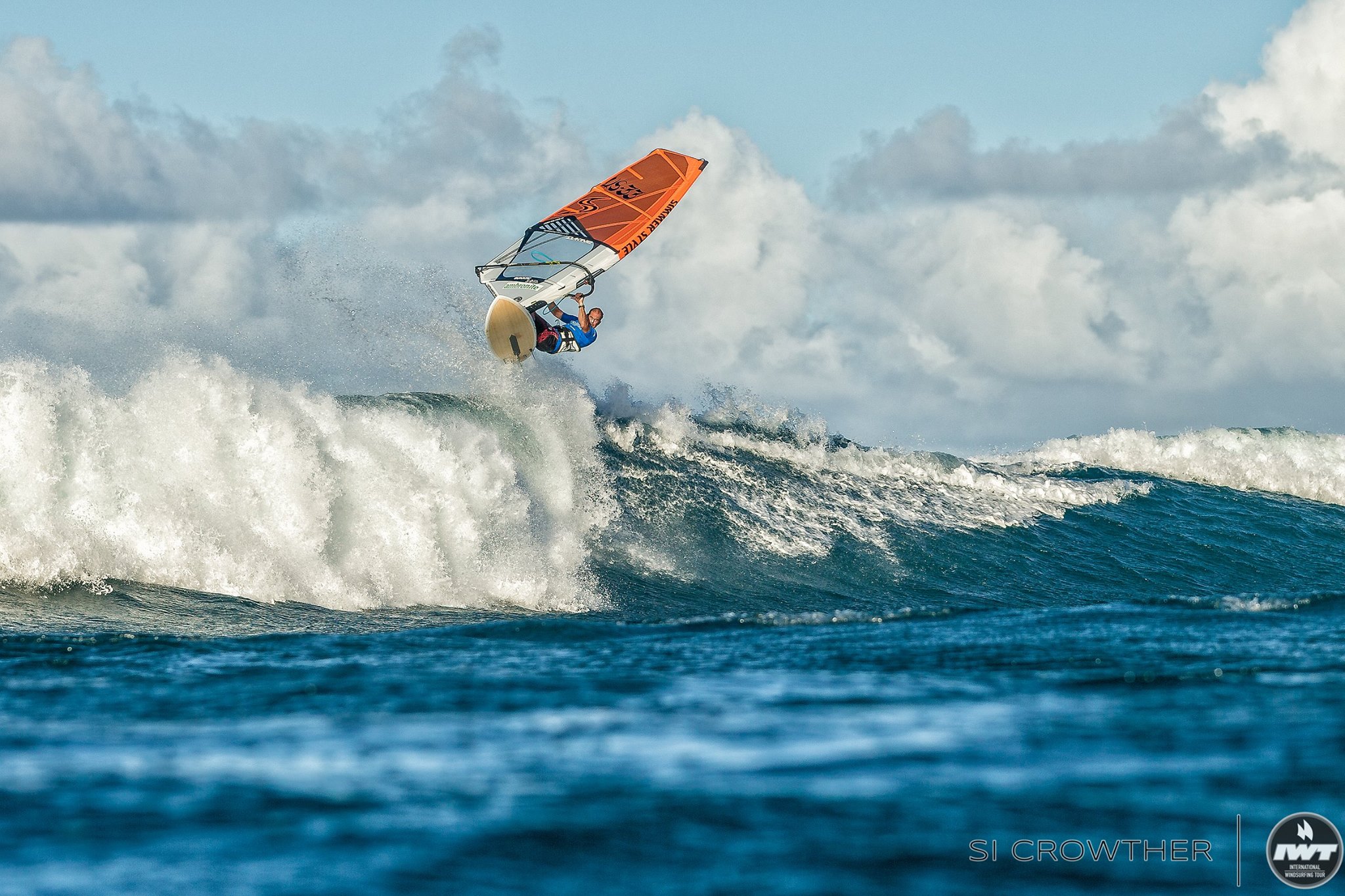 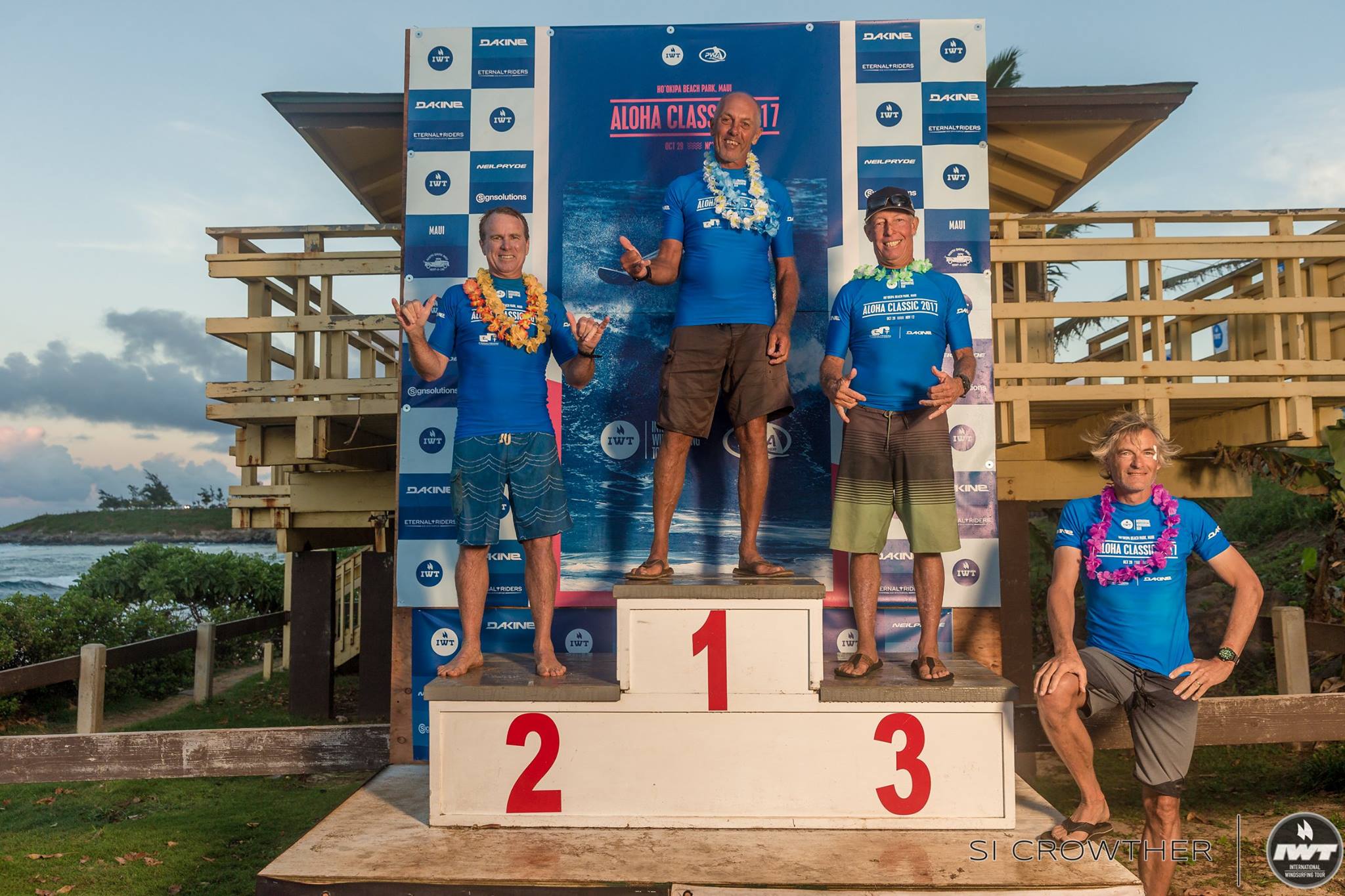 We rounded off a full day of competition with the Grand Masters final. Greg Aguera opened up with a fantastic 7.23 wave, with some impeccably timed turns. Colin Baker and Rob Funk both notched up wave after wave, getting some nice turns and taking some 5 and 6-point waves. Aguera still needed another decent wave to give him the win, he went for broke on a massive section, but couldn’t quite nail it, which sealed the win for Baker! 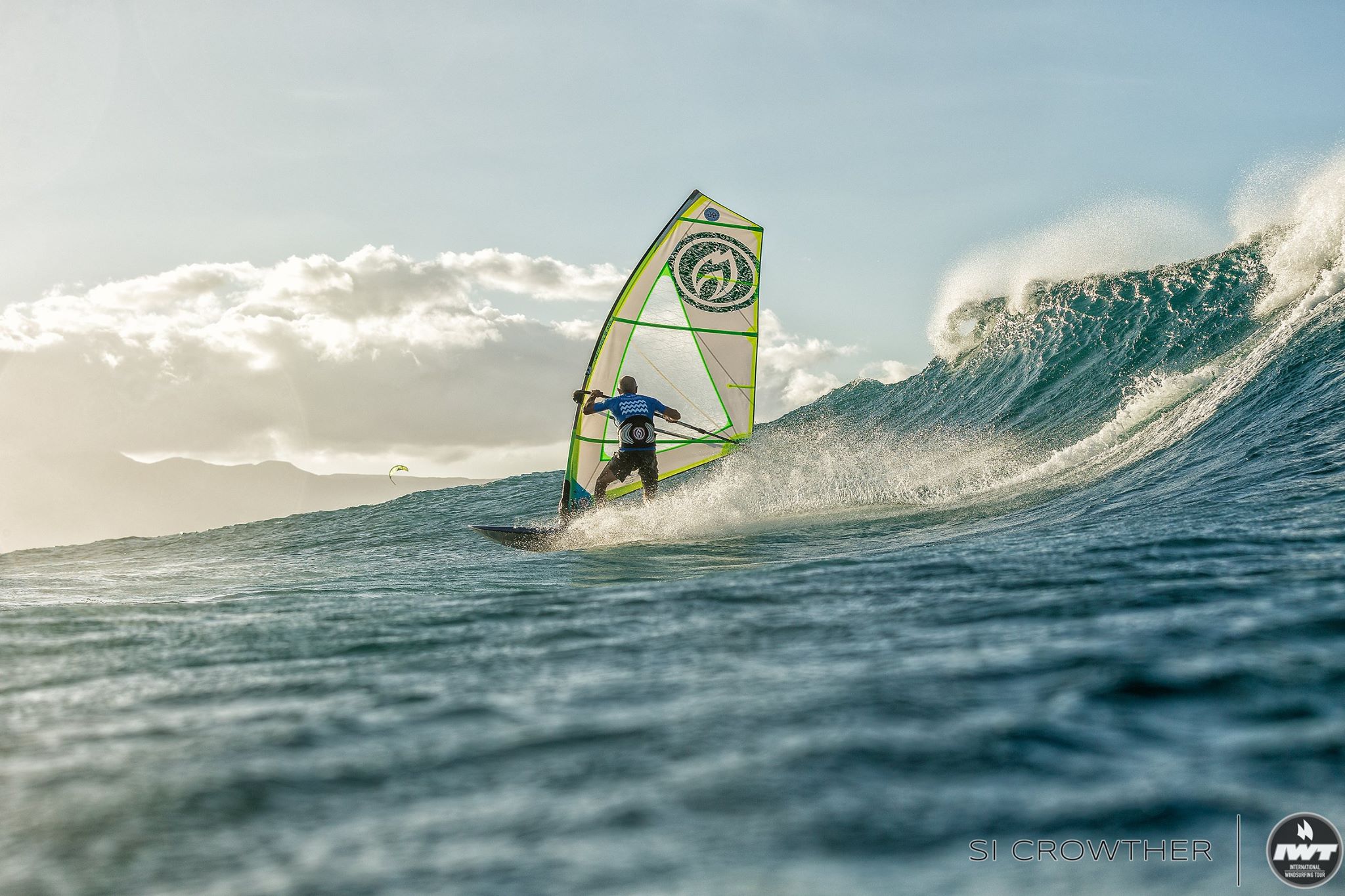