Ishii and Shoemaker Win in Youth and Grand Master Divisions

The fourth day of the Morocco Spot X began with the Youth semi-finals. Takara Ishii landing a very clean goiter, advancing him to the final was one of the highlights of the day. Also advancing from semi-final one was Alex Grand-Guillot. Semi-final youth heat 2 saw Jahden Tyger advance after a slow start to the heat. Also advancing was Nick Spangenberg. 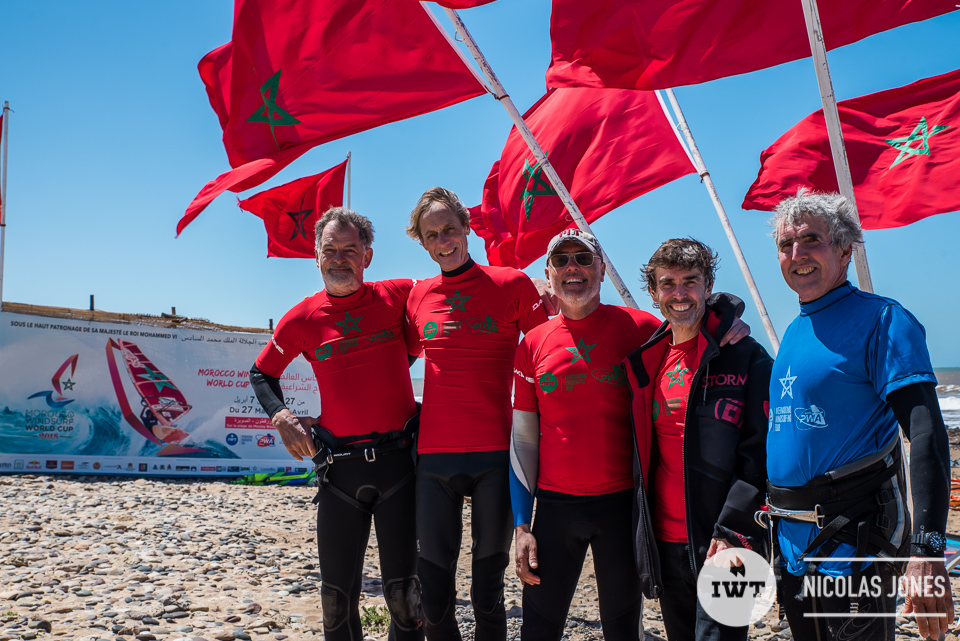 Next up was the Grand Masters final. This was the third and deciding heat for the tie brake between Pali Gueltrini and Scott Shoemaker. Scott started strong, linking many front side turns together. He led from the start and although Pali put some nice turns together, he couldn’t quite repeat his previous performance, lending second place in the heat to Chris Pow and securing Scott Shoemaker the Grand Master championship of Morocco Spot X 2018. 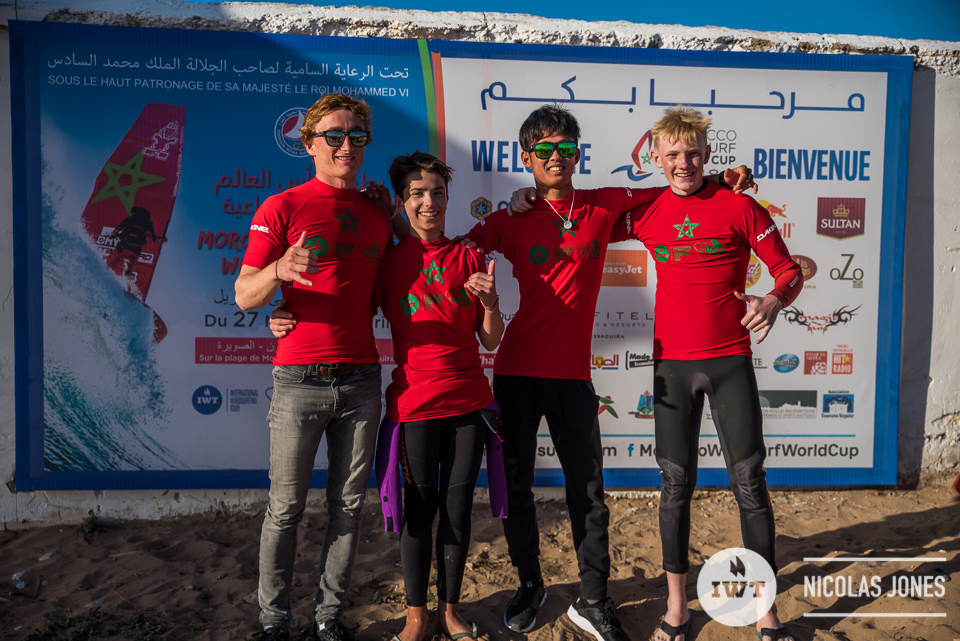 After a break for the high tide, Head Judge Duncan Coombs put the youth final on for the first heat of the afternoon. Once again, the favorite Takara Ishii tore the conditions apart. The rising Japanese star clinched his first victory in the youth division here in Moulay, leaving Alex Grand-Guillot in second place, Jahden Tyger in third and Nick Spandenberg in fourth. 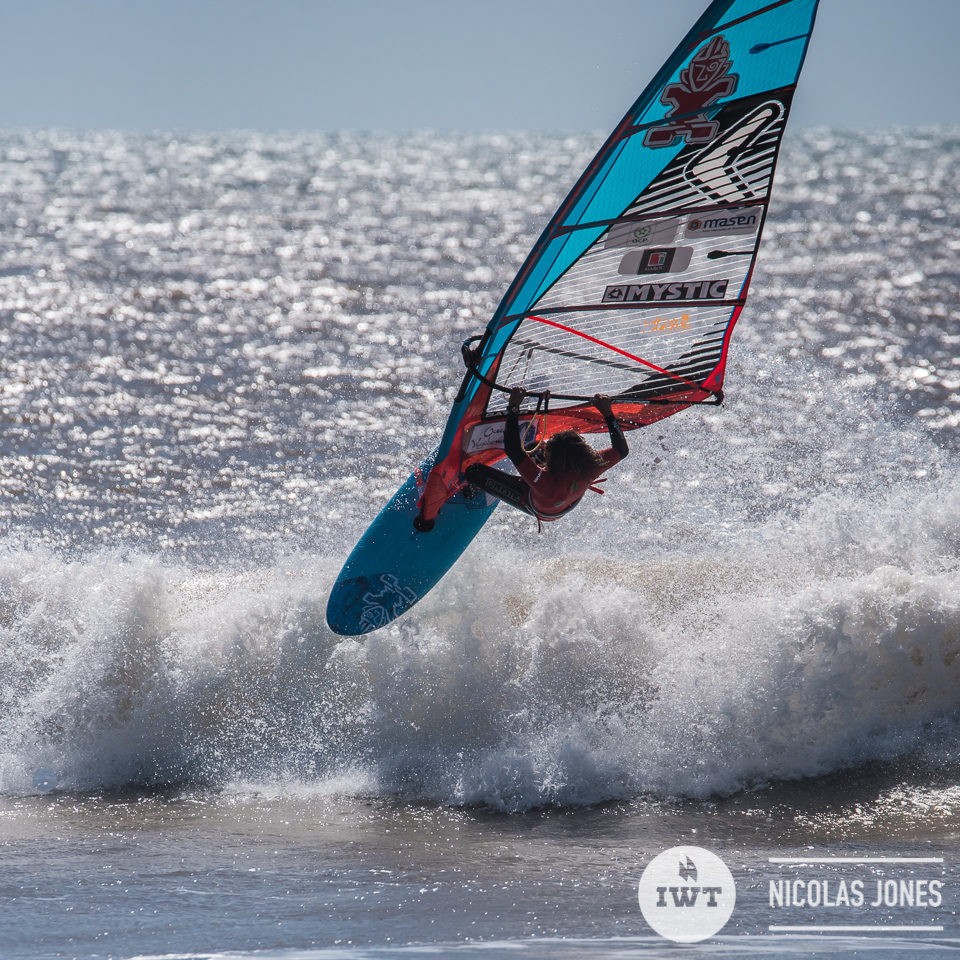 The pros were sent to the water next with Boujmaa Guilloul in heat number one showing he is a force to be reckoned with busting out tweaked airs and vertical turns in the very tricky light conditions. He advanced straight through to the third round. Antoine Albert took second place with a solid performance attempting goiters but found the light wind too difficult.

The second heat saw Emilio Galindo Barquin land a super late hit scoring into the excellent range for his first wave. He set the bar high for Takara who didn’t disappoint. He answered back with vertical turns and solid aerials to take the victory over Emilio.

Heat number 3 saw local boy Soufian Sahili put a solid performance together. He will also be happy to advance to the third round.

Russ Faurot had a very close fight with Gustov Haggstrom, the Swedish warrior. Gustav opened up with a solid wave score impressing the judges with powerful front and back side hacks. Russ had to dig deep finding flow and excellent timing. He put together six solid turns on a set wave which was too much for Gustav, who now has to go through the repechage round to get to the top sixteen.

Heat 5 was another close fought battle between Edvan Souza, Tom Juban and local Abdelhamid Mana. Tom Juban didn’t disappoint and advanced to round 3. In heat number six, Byan Metcalf-Perez came out guns blazing. His timing was impeccable with a good sail choice of 5.3M, laying down some powerful hacks. This was much needed as Abdelrahim Elabdi showed real potential with tweaked front side aerials landing just outside the back of the wave. Abdelrahim is definitely one to watch in the repechage round tomorrow.

In heat number 7 Antoine Martin, one of the favorites to win this contest, scored the highest wave score of the day landing a fully planing goiter. He backed it up with another solid wave score, thus advancing into round three. Tom Soltysiak, the winner of the amateur division last year, did not disappoint. He put on a solid performance but could not match Antoine Martin’s antics, and therefore was sent through to the repechage round.

The last heat of the round and also the day was a tough heat for Paco Mercader and Jahden Tyger, as they faced the 3-time Aloha Classic Champion Morgan Noireaux. Morgan opened up with a tweaked air into a vertical turn, which set the bar way too high for the others to match. Both Jahden and Paco sailed well but will have to battle it out in the repechage round to make it to the top 16. It was no surprise that Morgan entered the top 16 and we look forward to seeing how he performs in the solid conditions tomorrow. 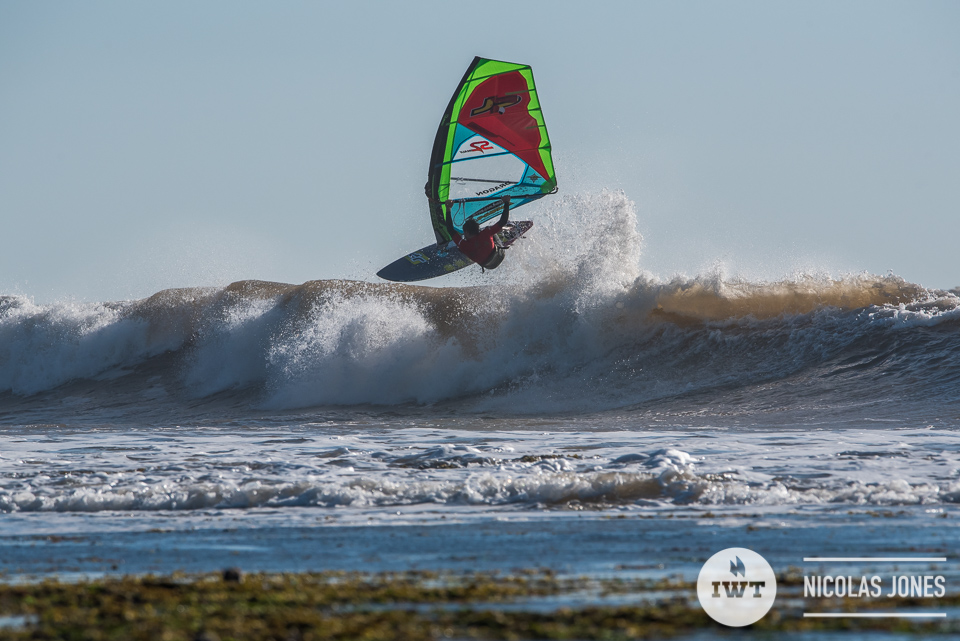 The forecast for tomorrow is for a solid swell, which should be at least double today’s, and much stronger winds, so we hope for an epic finish to the pro division of the IWT 2018 Morocco Spot X.

Saturday’s skippers meeting time is 9:00am with first possible start at 9:30am. Contest will start with Pro round 2 and include the Amateur final. Stay Tuned! 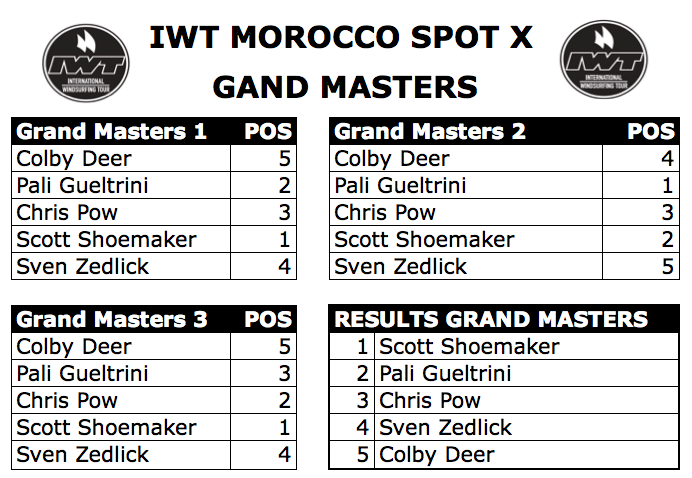 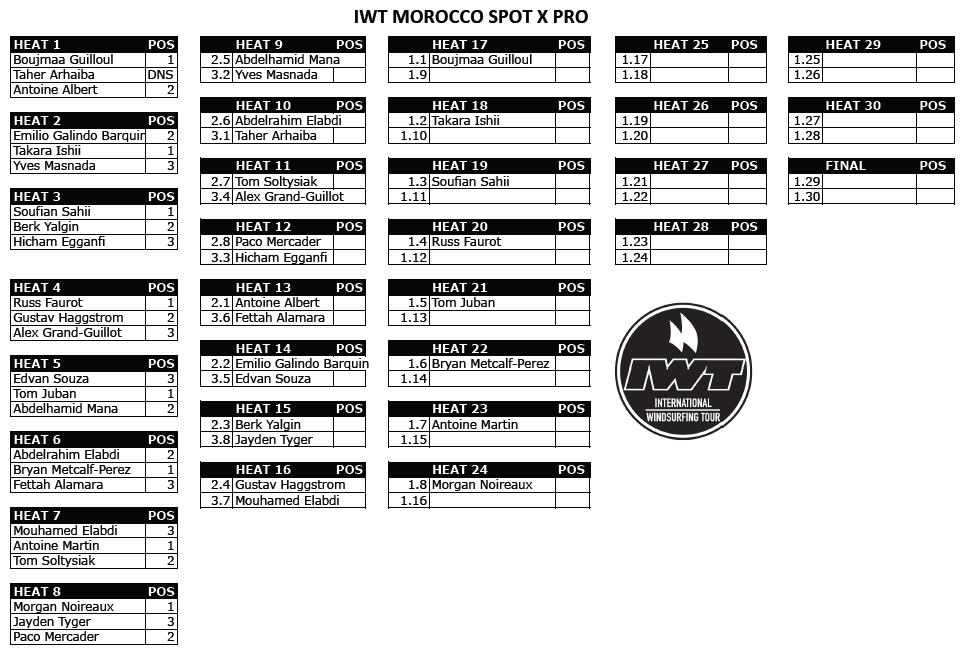