Day 4 saw just enough wind to run the first formal Juniors Heat. With conditions forecast to be slightly better in coming days we decided to just run the single youth heat for 30 minutes. This time it was to count. This time it was serious!

With only one heat to run we waited for the most optimal time for wind and waves and that turned out to be between 4.30pm and 5pm. 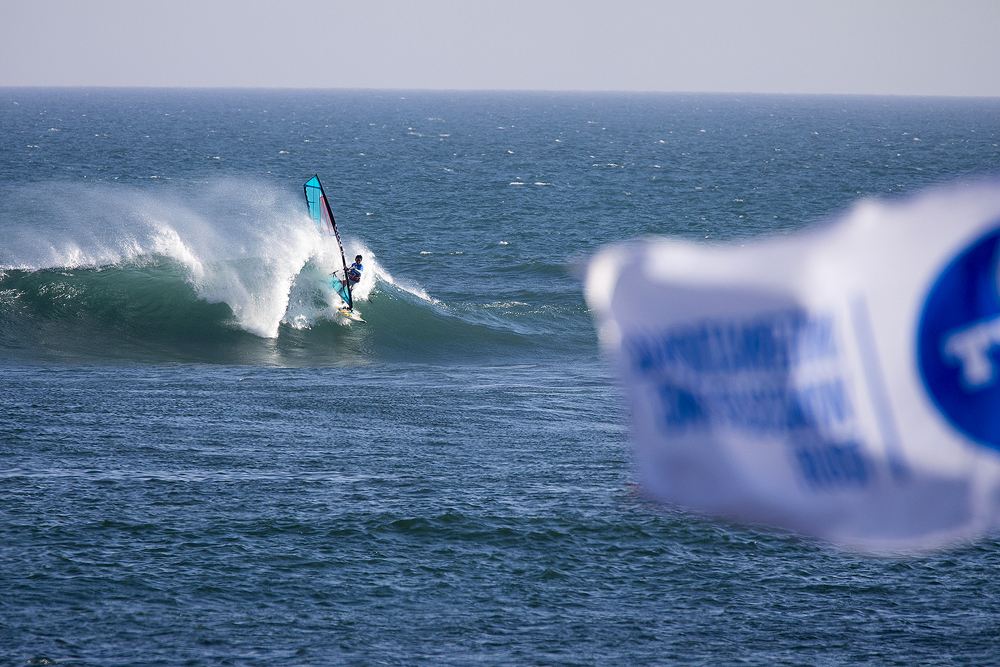 Once again four of our best riders volunteered to judge the youth. Thank you to Russ, Morgan, Olivier and Boujmaa. The IWT crowd gathered on the clifftop viewing position. Comfortable chairs, refreshments and that cow-bell.

The heat kicked off with all riders heading straight out to the Bombora this time. After the informal clinic feedback from their top Pro judges the day before it was clear that all the juniors had been listening attentively. They all were lining up for their waves in much better positions. All were deeper. All were aiming for the first big throwing lip of the wave. All were looking for those big hit points that they had learned about the day before. The judges were astonished at the learning curve of these young guns. In just 24 hours they had all gone from taking off on nice waves downwind of the peak to now taking off upwind of the peak and charging the main line. This was astonishing progress and a testament to the improvement that comes from participating in a little friendly competition with guidance from the some of the best riders who generously offer their experience. This is the IWT family in action. 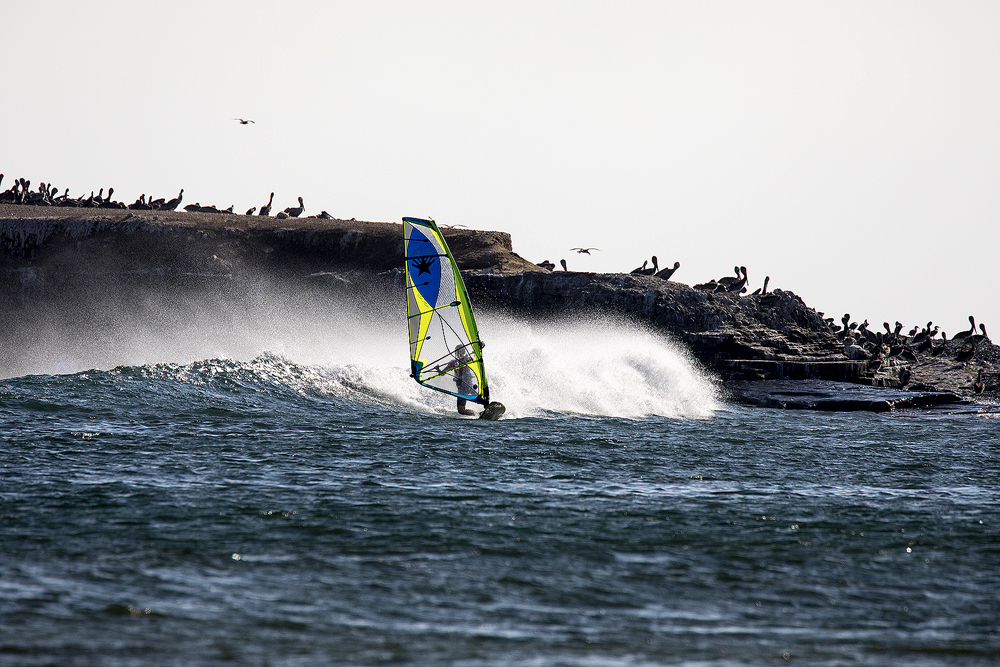 The top rider was still Atsuki. His wave selection was the best. His surfing experience was clearly on display as he found the fastest parts of the wave and had the best timed hits. He won. Top of the Podium. With two wins he is looking consistent and very hard to beat. All those hours working at the gas station in Japan to afford this trip must be feeling worth it.

Second place saw an upset. Young Hayata was on fire. His progress from yesterday was the most significant. Possibly his tiny size and tiny gear made the waves he chose look bigger but he was charging from very deep and showed a fearless attitude to the main peak. He had some crashes but when he pulled off that back door hit it was worth it. 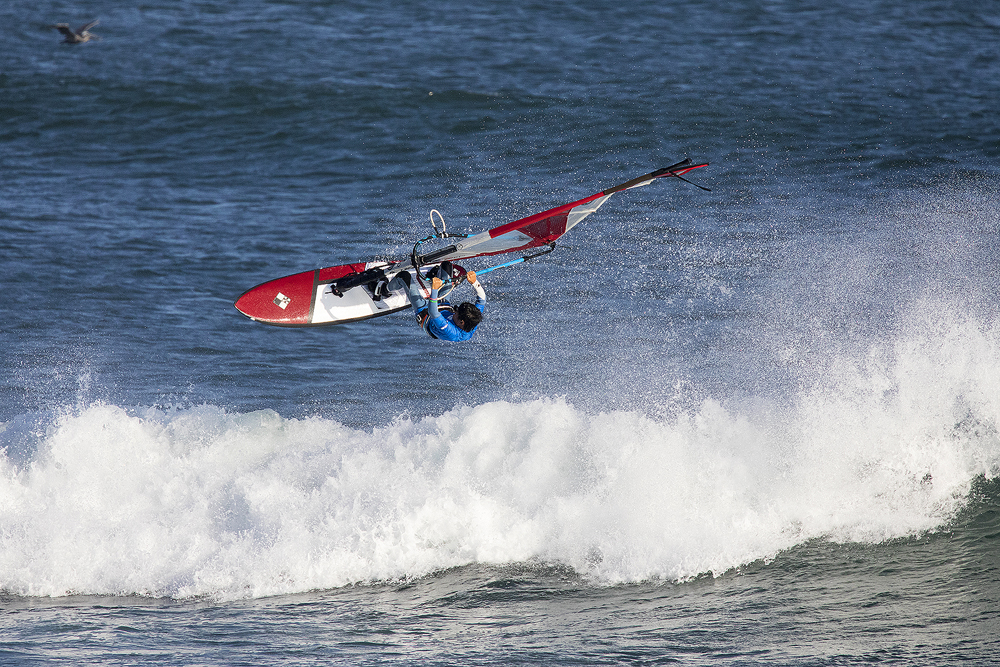 Third place this time went to Alex. He also improved his wave attack significantly. He was going very hard and was happy with his 3rd place to the impressive younger riders, “these Japanese kids are made of steel. They go for it and get terrible wipeouts but they just up-haul and head straight back out as though nothing happened.”

Fourth place went to Haru. He is a terrifically good young sailor but has a painful twisted ankle from last Friday that is bound to be limiting him from performing at this best. He had two bad wipeouts in the heat when charging the main peak. Sadly for him he didn’t quite pull off those hits and may have made his ankle injury worse in those wipeouts. Hopefully he can push through and give his best for the Amateur Rounds and other Junior heats to come.

The forecast for Thursday is for better wind and we will be putting out the Amateur fleet first as early as possible. At this stage we may get through all the preliminary rounds on Thursday and then run all the finals on Friday. 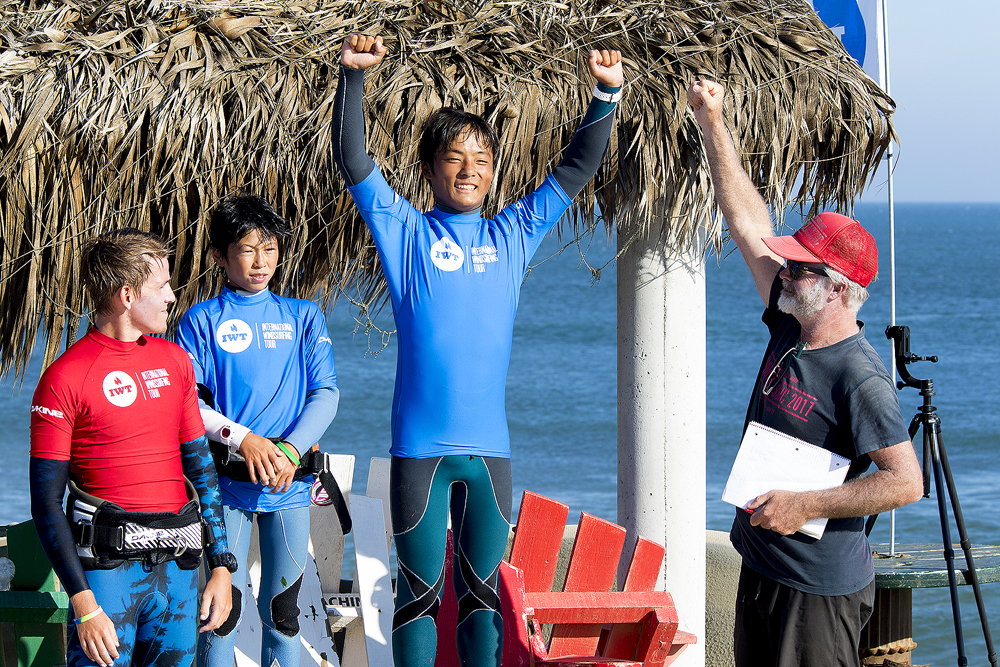 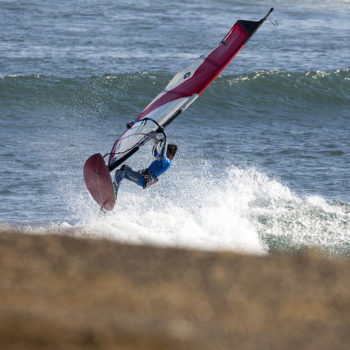 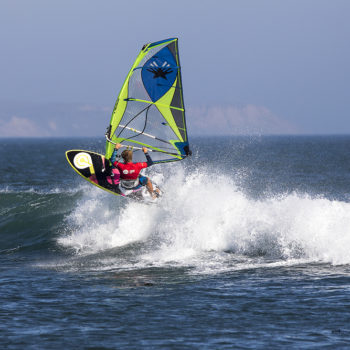 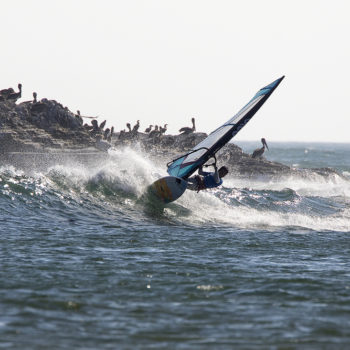 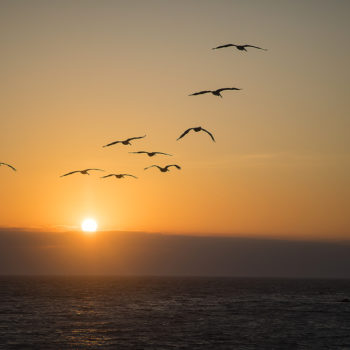 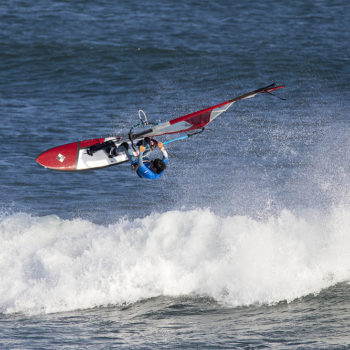 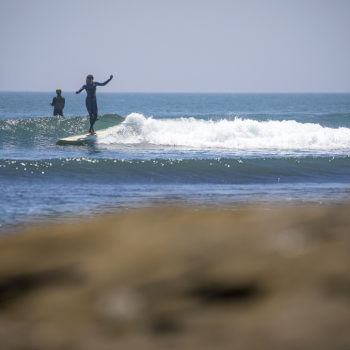