Day 1 of the competition window saw the wind rise on schedule with clear blue skies over the stunning bay with its’ beautiful rocky promontories and smoky salty air. It was Sunday and much of the area’s population came down to check out the action.

With the Surfline forecast showing a bigger swell on the way in the coming days it was decided to put out the Amateurs first. The high tide and small waves meant it was tough to find a quality wave, so the head judges decided to hold until the tide turned and started to drop just after 2pm to give riders the best chance at clean lines. The waves were not cooperating at 2pm, not at 3pm, not at 4pm but finally at 5pm the scene changed. The first heat of the Amateurs hit the water.

The first heat saw Mario Nunes, Felipe Lamanuzzi, Sergio Espinosa, and Tomas Charad test the conditions. Winds were 20 knots out the back and gusty on the inside making things tricky. The rocky point upwind was causing some wind shadow problems as riders came in close to ride the smaller than normal waves. Tomas and Mario both found good waves, and in the difficult conditions managed some nice moves taking them into the 3rd round. Felipe and Sergio were not so fortunate with their wave selection and headed to the repechage round for another shot.

Heat 2 saw Rodrigo Desriviers, Francisco Vergara, Max Gusinsky and Roberto Carrasco all eventually find ok waves, but it wasn’t until the dying minutes that the results were decided with a flurry of little waves providing scoring opportunities in the last 90 seconds. Max came out on top with Rodrigo in second place, so they jump to round 3. Roberto and Francisco to round 2 and the repechage.

Heat 3 saw Simbad Lamanuzzi, Jetro Gainza, Daniel Morogas and Martin Fabres head out in what now appeared to be a dropping wind and things appeared to be getting even more tricky. The riders were not deterred and hunted waves and rides flat out for the 18 minute heat to all find scoring opportunities. Coming out on top was Martin Fabres with Simbad Lamanuzzi close behind. They jump to round 3 while the others head to round to for a second chance. 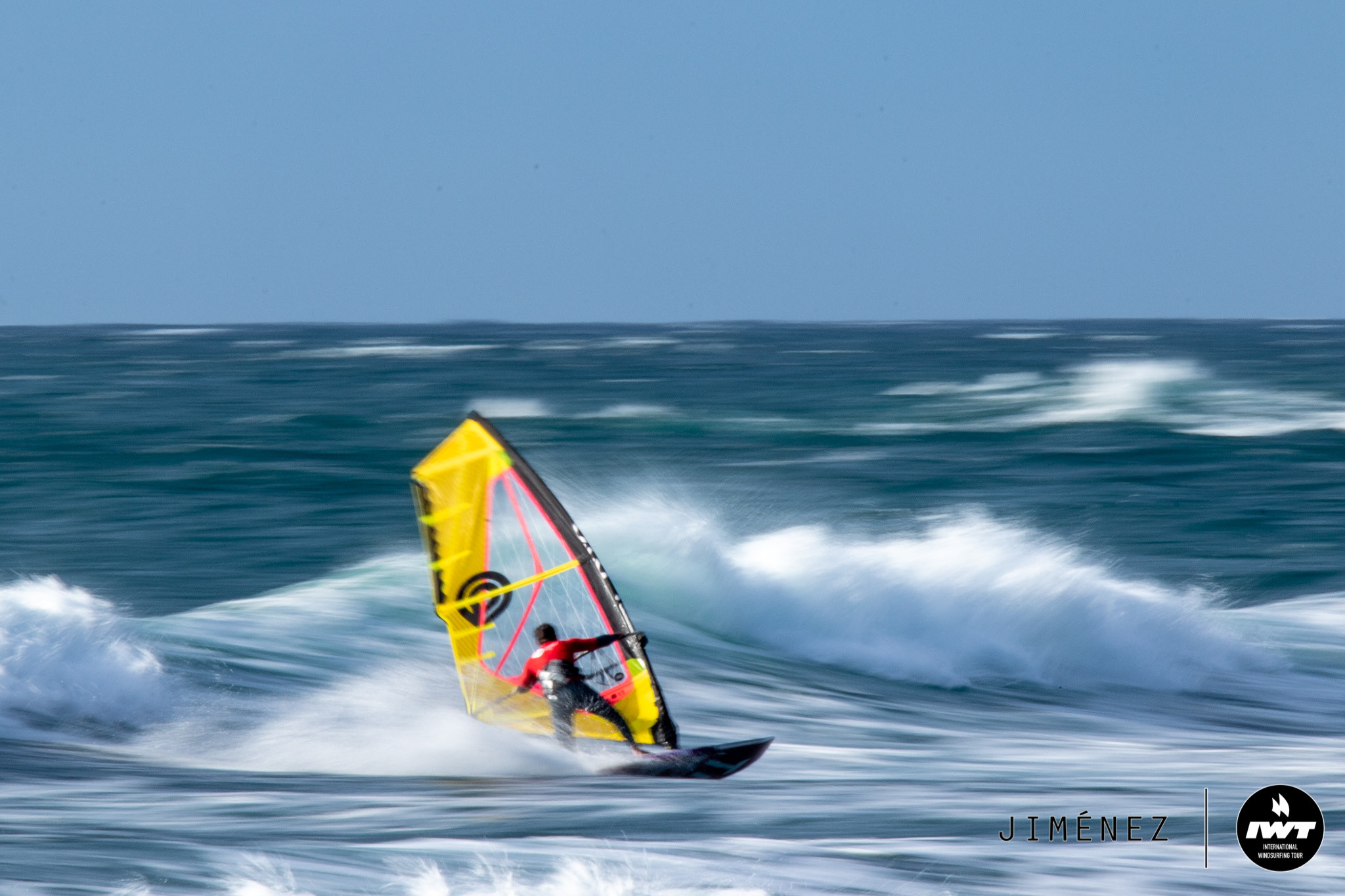 Heat 4 was close to being cancelled as the wind started to get worse, but the riders managed to make it look good with skill and the judges were convinced that the heat would be ok. Simeon Glasson was a DNS thanks to his sails, masts, booms and extensions all being lost in the trip from Peru to Chile a few days earlier. It was left to Jaimie Madariaga, and Oliver Rios to push each other. It was a very close battle with some of the best riding of the first round. In the end Oliver just nudged out Jaime but both will jump to the 3rd round while Simeon will have to hope his gear is found and then take his chances fighting back from the repechage.

The end of the day was called with the red flag and car horns up and down the boardwalk. The DJ pumped out great music, the spectators and competitors lining the long raised beachside boardwalk all began talking excitedly about the waves that are coming for Monday. 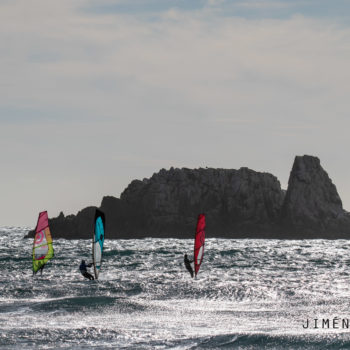 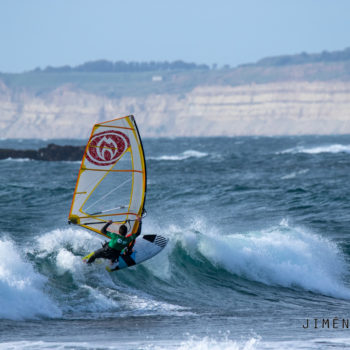 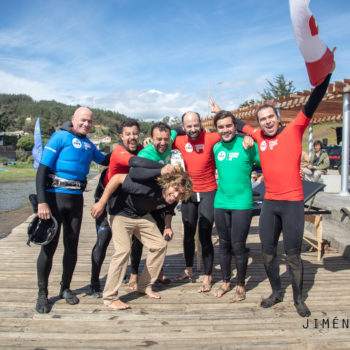 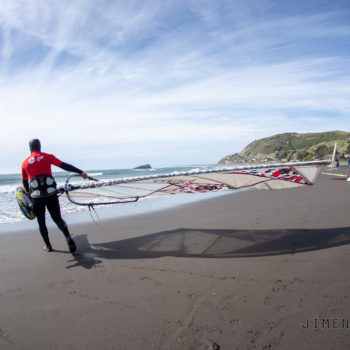 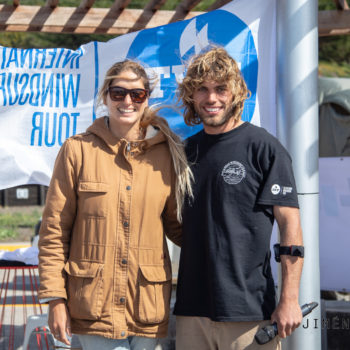 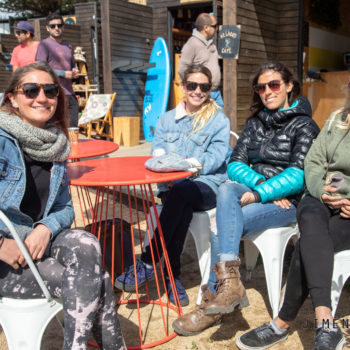