Day 3 saw a dropping swell. Monday’s head high to occasional logo high waves were down to chest high by mid morning. This was to be our last opportunity to compete with both wind and waves. The 10am briefing called for all Amateur, Masters & Youth to be ready and rigged as soon as the wind kicked in. Heats kicked off with the Amateur repechage rounds and then alternated between Master and Youth all day through 17 heats, on a 20 minute cycle, (18 minute heat with 2 minute transition) to a projected completion around sunset.

While the waves were not as big as the previous day, they were still offering long rides with multiple peaks along the way for those who could select the best of them. Mantanzas is a tricky wave to read at the best of times but today was offering the extra challenge of finding the waves in the dropping swell. 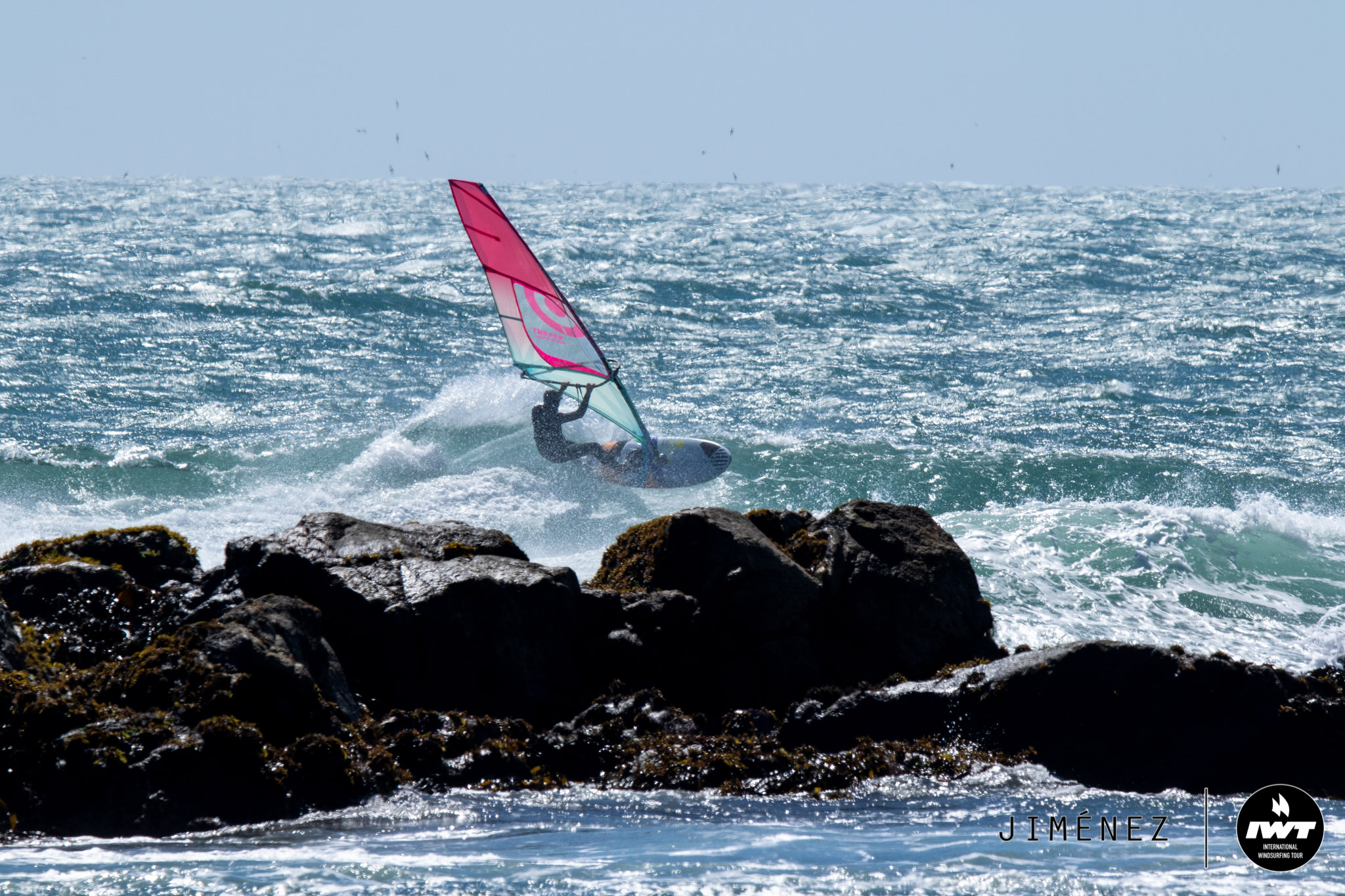 Early rounds went well with notable performances from two young newcomers Inaka Maturana (14) and Amaia Maturana (17) heading out in their first international competition. These two siblings normally sail in a flat water river mouth just north of Mantanzas. We were impressed with them heading out into the ocean waves for competition for the first time. Both showed real promise as young wave-riders. These two didn’t make the final this year but we look forward to seeing them again soon and watching their progress.

The first Final of the day was for the Youth. The final was held as the sun was getting low in the sky. The waves were waist to shoulder high, winds on the inside were gusty making it tricky. Wave selection and heat strategy were to count for a lot. Finalists for the Youth division were Joaquin Desriviers, Simbad Lamanuzzi, Martin Fabres and Takara Ishii. All four sailed strongly to reach the final. Two are already Pro riders. The other two are on their way. 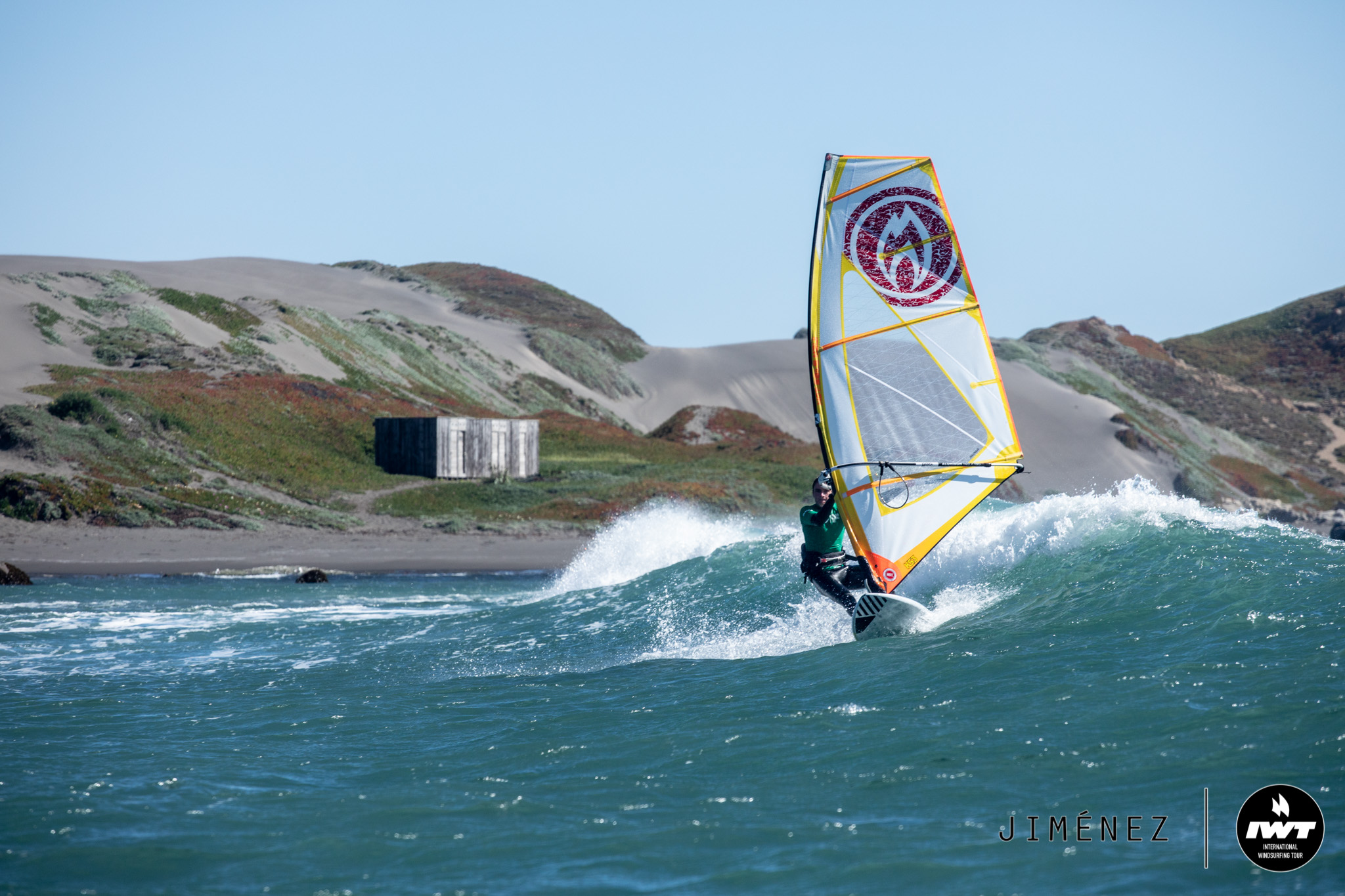 Joaquin arrived in Mantanzas on the weekend after completing his engineering exams up in Santiago. He’s a very busy lad. He made the Pro Men’s final the previous day and is clearly a powerful rider. At his best Joaquin is one of the most aggressive shredders of this young generation. In this final he struggled to find that top form and came in 4th.

Simbad has been doing a lot of sailing over the last two months. He has travelled in the family car with his parents and sister (Irupe) from their home in Argentina all the way up to Pacasmayo, Peru for over a month of wave riding fun in those perfect waves and to compete in the IWT event there. After having so much fun together in Pacasmayo they decided not to drive home and instead divert their plan and to drive all the way down the west coast of South America to here in Mantanzas (just over 4,000km) to sail this legendary bay and compete in the next IWT event here. The father, Felipe, is a strong competitor in Masters and Amateurs and always full of positive energy and happiness. He has been loving the driving time with his family but laughs when he admits that perhaps his kids may prefer to fly next year! Simbad and Irupe improved enormously sailing for a month in Pacasmayo and we look forward to watching their progress in the years to come. In this Youth final Simbad managed to outsail the very talented Joaquin and claim 3rd place. That was a huge upset and perhaps a sign of things to come from this young man.

Martin is the younger brother of the already legendary Benjamin (Monday’s Pro Men champion now 2 years running) and Diego. It seems the whole family are hugely talented athletes. Very unsurprisingly, young Martin is showing serious promise! In this Youth final he came in 2nd with a strong display of wave selection, speed, flow and power in his turns. We will be watching this young man’s progress with keen interest.

Takara hails from the famous cold water wave riding spot, Omaezaki, Japan. He is leading the Youth division of the IWT this year and is emerging as a serious high level Pro rider. Takara is the son of a very famous wave-sailor in Japan who is very supportive of his dream to be a pro wave-rider. Ishii-san helps Takara travel to train in the best locations around the world while studying for school online. He is 17 and always smiling (or sleeping). He managed to get the best out of the conditions here, finding peaks in the Youth final to grab strong hits and aerials to take the win.

The Masters took to the water for their first heats early in the day. The wind was up, and there were still waves breaking from the up-wind rocks down to the old pier, allowing for long rides with many turns. The top riders from the first heats would skip the repechage round and head straight to the final. Standouts included Nicolas Recordan, who was also registered in the Pro division and overall tour points leader Simeon Glasson. Nicolas, from Chile, showed that he knows Matanzas quite well in his first heat, selecting the best set waves and riding them with power and speed. Simeon, new to the spot, took a couple waves to figure things out, but once he did, showed that he would be one to beat. Simeon also was competing on borrowed gear, due to the airlines losing his sail bag. He didn’t seem to mind though, quickly tuning in to the different equipment.

The repechage rounds were closely fought battles to secure the last spots in the Final. Marcel Janssen, another master and pro rider, who has spent more than 20 years sailing the cold waters of Chile proved to be the best in his heat. He chose set waves and impressed the judges with late hits and vertical climbs to make his way into the final. On the other side of the draw Max Gusinsky and Felipe Lamanuzzi were battling it out with Max just edging past Felipe with a great wave and down the line aerial to win the round. The Final came toward the end of the day with a dying swell, but still plenty of wind. The guys were moving around well, but were struggling a bit to find the best sets, each grabbing multiple mid range scores. The difference came when Simeon found a big set out the back and slashed his way through to the beach. The timing and critical hits were unmatched by his competitors. Marcel came second, followed by Nicolas and Max. 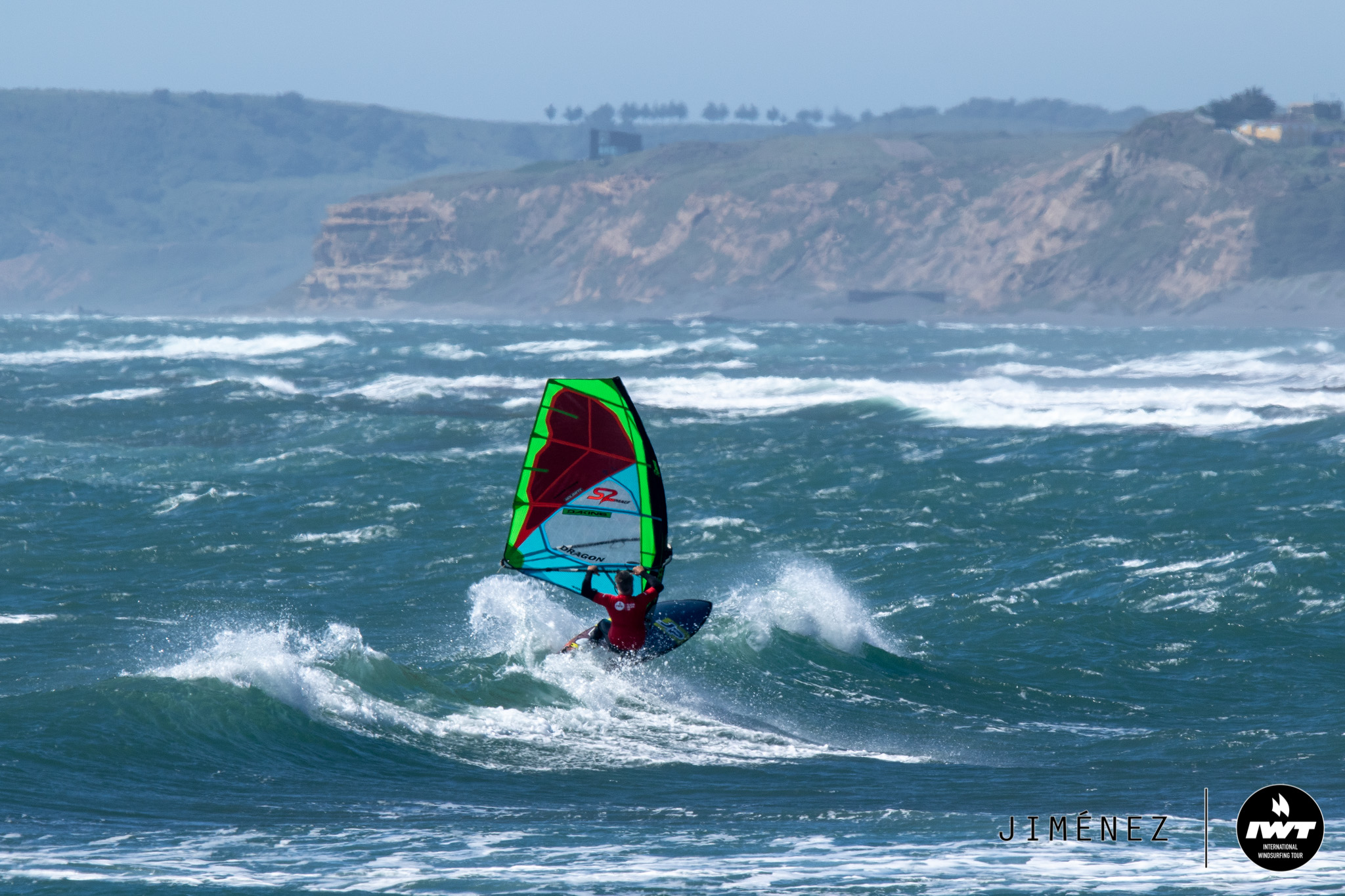 The Amateur division is nearly always the largest in IWT events and this was no exception. The local community of wave-riders in Mantanzas and the Chilean region is very strong. This was to be their day. With the first round already complete from the first day, the repechage round would lead things off. All 15 riders would have their chance, and each took full advantage. Winners of the repechage and advancing to round 3 were Felipe Lamanuzzi and Simeon Glasson. There were some greats rides in the lead up to the final. Young gun Martin Fabres powered his way through the early rounds showing great wave selection and mixing in tight carves with power. Chileans Mario Nunes and Roberto Carrasco appeared very comfortable in the Matanzas waters showing great knowledge of the local break, winning their heats on the way to the final. Simeon Glasson, the only non-Chilean to make the final proved the he is no slouch.
After having strong wind and good waves through most of the day, the final saw conditions start to deteriorate just a bit. The judges made the call to extend this final heat of the day to a full 28 minutes allowing plenty of opportunity for each to show what they had. It was a bit tricky, but the guys all managed to catch good sets and showed why they deserved to be competing for the win. It was a very close battle, with all riders finishing within 2 points of each other. In the end it was Martin Fabres who took the win, showing a little stronger surf style, generating speed and power in the tricky conditions. Simeon was right behind with Mario and Roberto rounding the division out. As the final horn sounded, the beach celebrated another great day at the Matanzas Wave Classic. While the event is officially finished with competition, it looks like there will still be at least 1 more day of wind, so riders will be sure to be sailing more.

The presentation ceremony was held in the stunning Surazo Hotel in the outside social area surrounded by open fires, with Piscola and snacks, a Patagonia surf adventure movie premier (OFQUI) on an outdoor screen under stars, kids, dogs, laughter, and good vibes from a wave-riding obsessed community here in Chile. 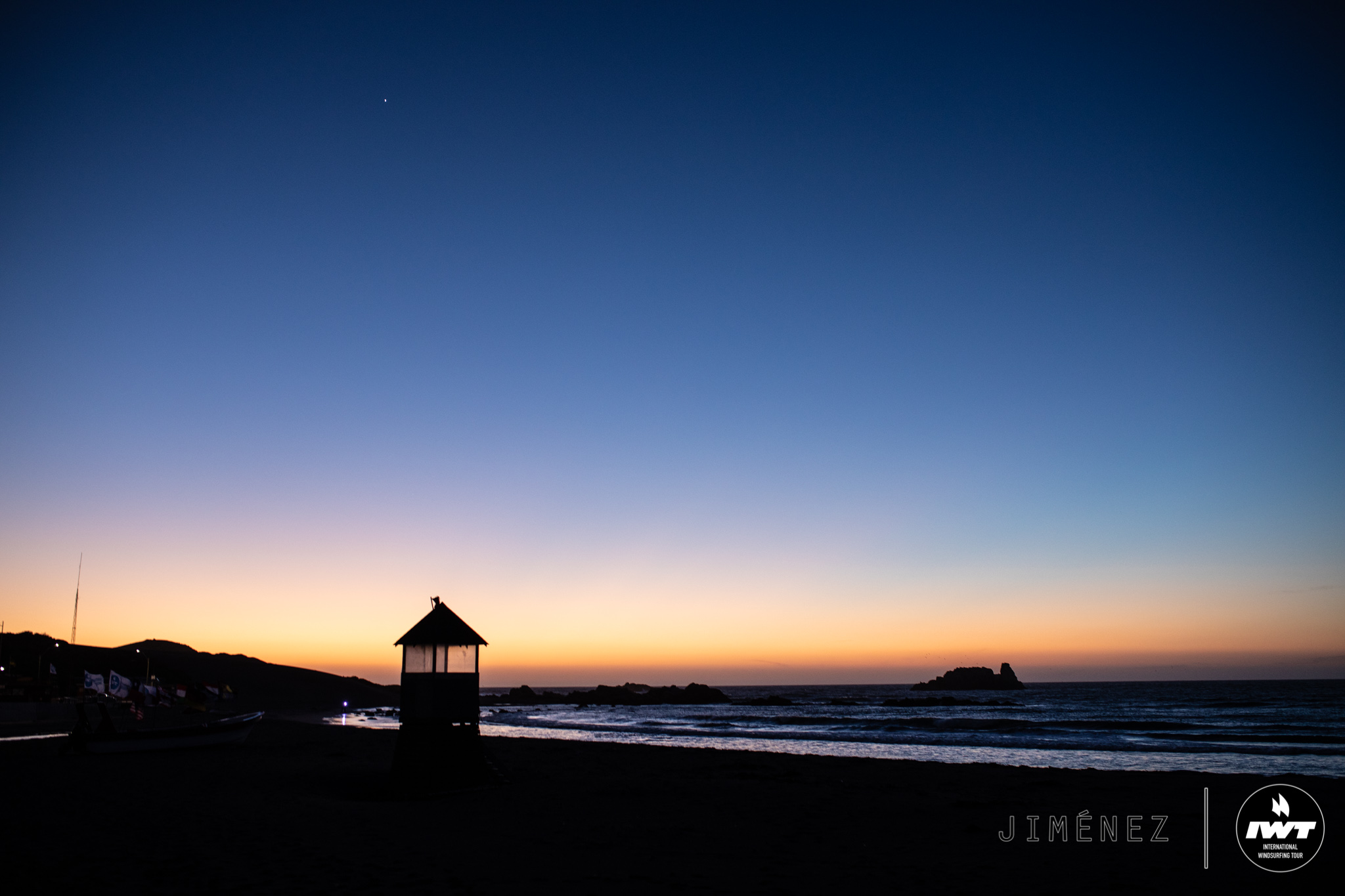 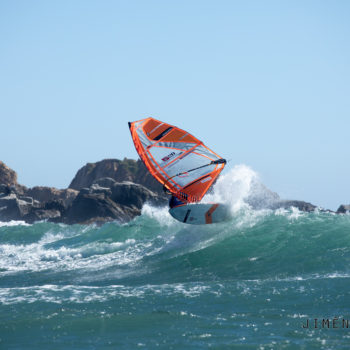 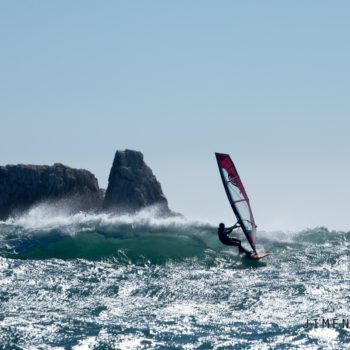 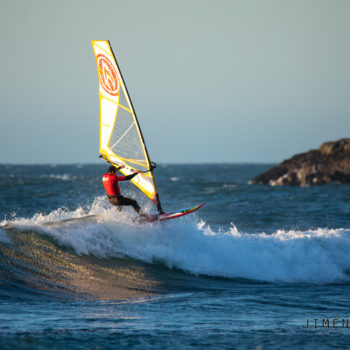 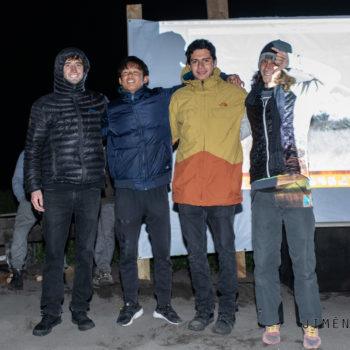 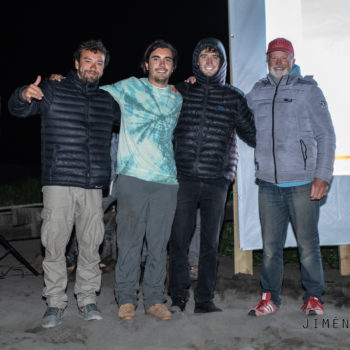 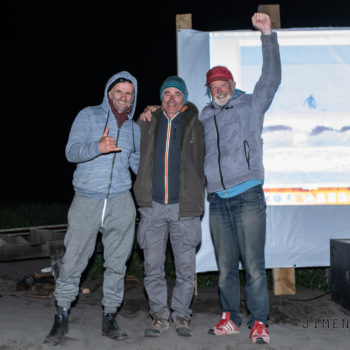