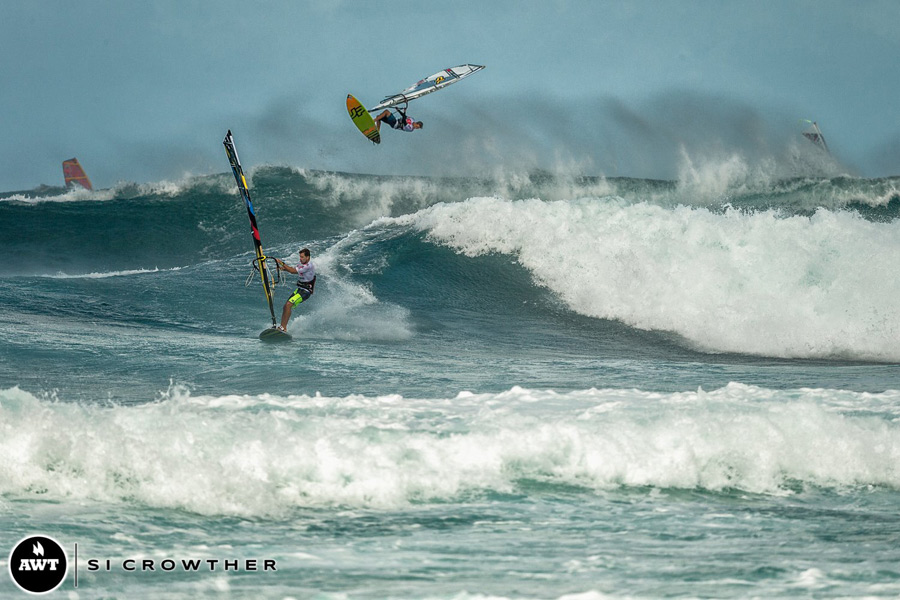 Another incredible day at Ho’okipa brings us even closer to crowning the men’s PWA Champions for the Severne Starboard Aloha Classic and the PWA 2014 tour.

The call was made early to cancel AWT competition for the day and continue with the PWA. It was double elimination time, which meant a second chance for all the riders that missed out on advancing in the single elimination.

Morgan Noireaux is still sitting in prime position, as we didn’t get far enough in the competition to face the final battle for the win.

Kai Katchadourian and Graham Ezzy were without a doubt, two of the stand out riders of the day. The Fly Katcher came charging through two heats with solid aerials and hacking turns. But it was Ezzy who progressed even further, making it all the way to take on Brawzinho. Ezzy delivered some of most impressive heats of the day with takas, goiters and excellent wave selection taking him through time after time… untile he met an on fire Brawzinho. In the dying wind and waves of the day Brawzinho delivered a near perfect heat, with two 9+ waves, numerous full power critical hits, takas and more. Now Browne will go on to face Fernandez Lopez, in the hope of reaching a final heat with Morgan Noireaux. 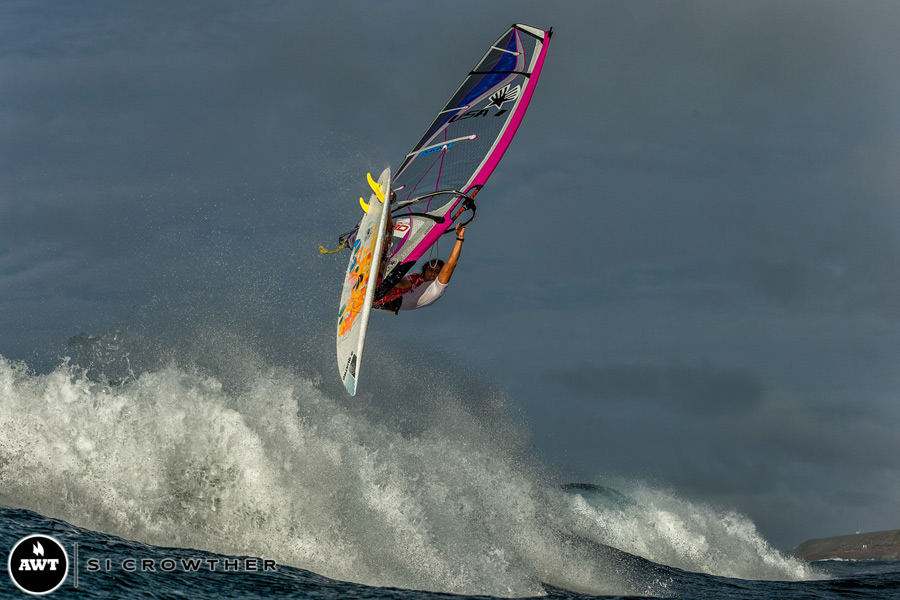 In the women’s fleet Iballa Moreno is officially crowned PWA World Champion as Daida Moreno fails to advance through the first round. French rider Alice Arutkin was the sailor of the day in the women’s fleet, coming through numerous heats with smooth riding and great linked turns, all the way to fifth position. This fifth place puts Alice in third overall on the world tour too! AWT champion Ingrid Larouche and PWA freestyle queen Sarah-Quita Offringa also made it back through some tough heats with smooth bottom turns and great cut backs. The former Aloha Classic champion Junko Nagoshi has held onto her fourth place in the final heat of the day and will now go on to challenge another local rider, Tiffany Ward, for third.

Having the women’s PWA competition back in Maui has been fantastic – it has opened up the fleet, provided a whole new stage for the women to showcase their skills and opened up the PWA to women on the other side of the world. We can only wonder if this event might encourage women such as Ingrid Larouche, Sarah Hauser, Fiona Wylde, Tatiana Howard and more to compete in more PWA events? And if the inclusion of the Maui event might mean more women focus on both tacks and all styles of wavesailing? 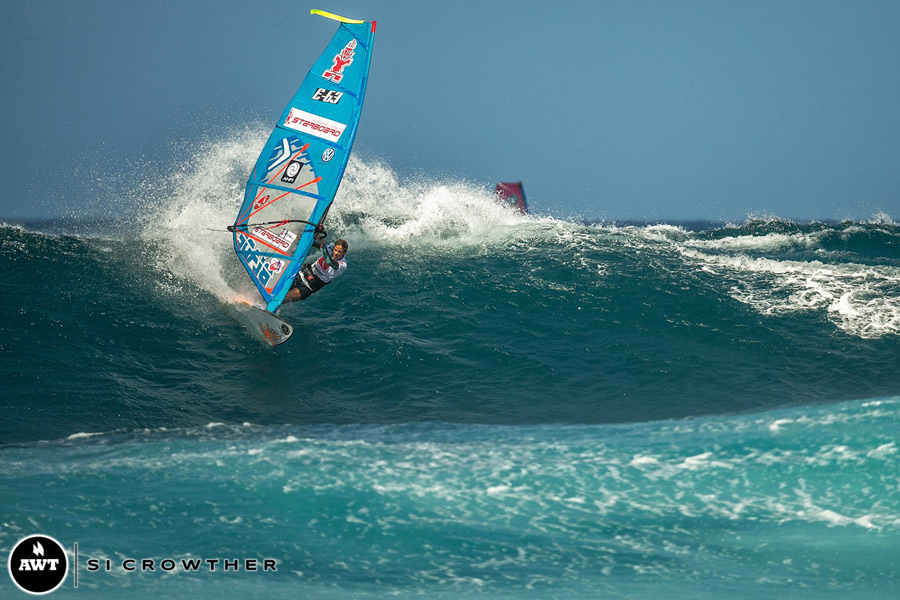 Whatever might happen next it can only be a positive change for women’s windsurfing to have a more widespread tour and, who knows, maybe we could even see more women’s events in different locations in the future too…

Competition will, if conditions play ball, be held again tomorrow. Stay tuned to the Facebook page for updates in the morning.

As far as the AWT fleets go amateur riders are on hold for Monday; all other fleets are released. 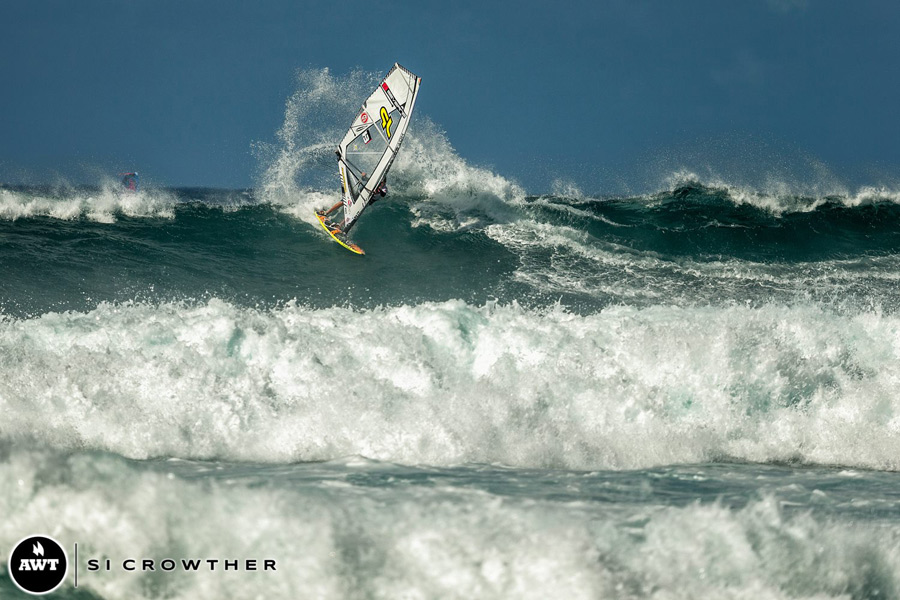 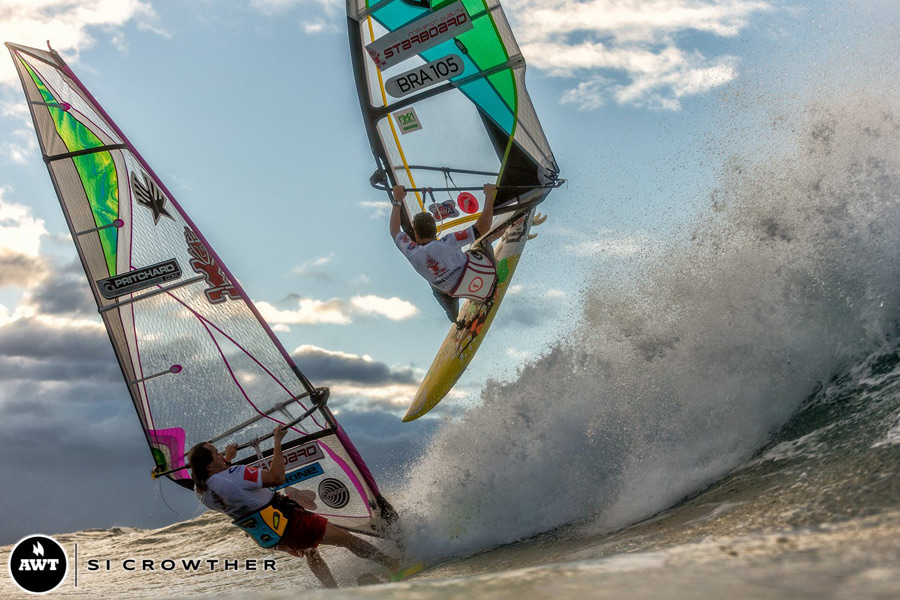