Pacasmayo Classic Delivers for the Pros!

Mast high bombs thundered in from the point to deliver an epic day for the riders in Peru. Once again the Pacasmayo power was on show as riders picked up wave after wave and rode them to exhaustion. The pro men had their day in the sun and it was glorious.

We saw wildly impressive performances from two young guns who stormed into the 4 man final. Hayata Ishii from Japan 🇯🇵 and Iñaki Maturana from Chile 🇨🇱 have announced their arrival on the international stage in a big way here in Peru. To say that these are two hot young talents to watch would be an understatement. They’ve arrived.

In the opening exchanges of the final Hayata stole the show with the biggest wave of the day. He crushed it. 4 popping aerials and stomping bottom top turn combinations left the judges scrambling for the new high water mark, giving him excellent range scores up to 9. We were left thinking that it could be this wild kid from Japan who would take out the title and throw the giants Morgan Noireaux and Antoine Martin to the curb. Hayata’s ride was exhilarating because it was awesome in speed power and flow, but also because it was a KID threatening to take down two of the biggest names in the sport. Perfectly symbolic of the new generation of the fresh new power that is awakening in the younger generation who are turning to windsurfing as their #1.

Hayata electrified the entire event with his riding, his energy, his ferocity, his skill, and his symbolism. But Morgan had other ideas…

After a poor start to his final, Morgan shook it off and got to work. He countered with a shorter ride on a solid mast high wave. His first move was to soar high above the feathering lip to take our breath away. A massive aerial to open his account, landed perfectly and straight into a powerful signature bottom top turn combo that took him into the most critical pocket with the precision of a surgeon. Boom! Morgan was back in the game. He raged on down the line with incredible control, speed and power to smash vertical lines from overhanging lips on mast high section after section. He pulled off after only 5 or 6 moves, satisfied he’d locked in a strong score, and headed out for more.

Antoine took two beautiful long rides on great logo to mast high peeling waves, but his normal ferocity was somehow tempered, and while he scored very well, he didn’t quite hit the excellent range on either ride. Iñaki had the opening ride of the heat and turned on a style display with his classic bottom top turn combo, he was smooth, he was on great waves, but he wasn’t matching the ultra critical moves of the other three in the final. Hayata threw down a second wave with power turns and a huge aerial, but crashed on landing, therefore not matching his first score.  He held a 6 as his second wave score. It was Morgan who took his second wave score with another massive aerial punching out of another ultra critical mast high section to exceed his first score by half a point to set up the dominant overall heat score that saw him take the day. Morgan Noireaux wins the 2022 Pacasmayo Classic just as he did back in 2019.

So it is possible for Antoine to take the title, but it won’t be easy. The Grand Final Aloha Classic will decide. 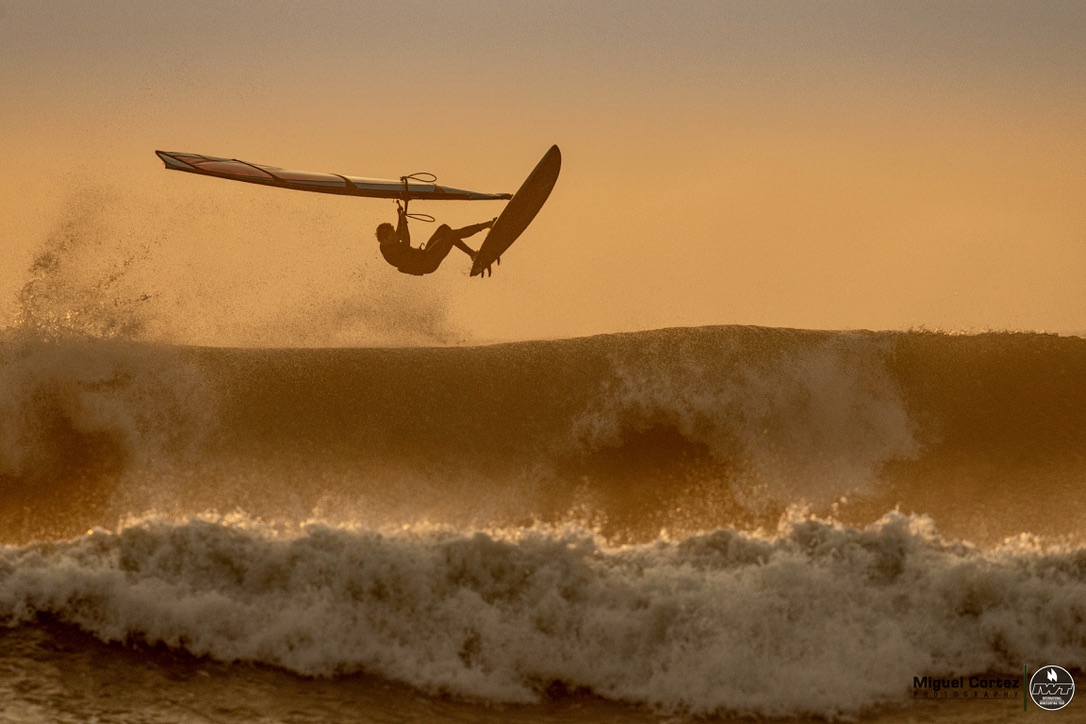 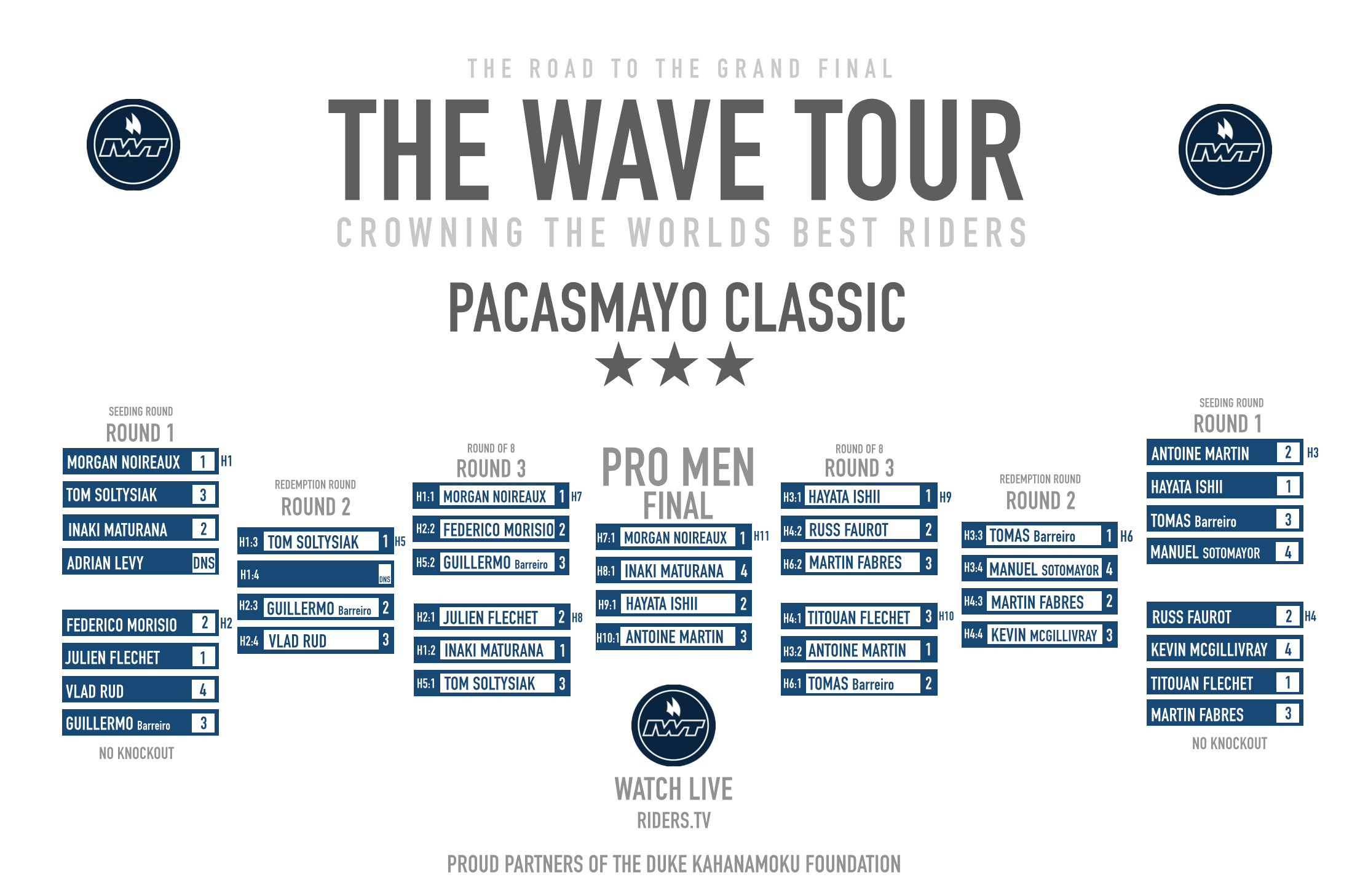