After a slow start to the day, which saw light winds and a relatively small swell, the conditions gradually picked up throughout the opening day of the 2019 Mercedes-Benz Aloha Classic, and by the end the swell was pumping, while the wind funneled through. However, with the swell coming from the west and the wind being slightly onshore at times the conditions were tricky with choppy faces and double ups making wave selection crucial in order to succeed.

Two out of the three PWA World title contenders successfully negotiated their way into the final – Sarah-Quita Offringa & Iballa Moreno, but current World No.2 – Justyna Sniady was eliminated in the quarterfinals and it now looks a very long road back for the Pole to challenge for the world title.

Joining Offringa and Moreno in the final were Motoko Sato, who looked extremely dangerous in the quarters and semifinals, and current world No.4 – Lina Erpenstein who is competing in her first Aloha Classic.

In the final, Moreno went for broke and came agonizingly close to scoring two waves in the excellent range. Crucially, however, the reigning world champion couldn’t quite hold on to her radical aerial attempt on her first wave, while she had to eject from the second, which left the door open for Offringa.

The Aruban moved into the lead as she registered two solid mid-range waves. She enhanced her position with her final wave as she started with a powerful opening turn, before delivering a critically late hit to earn 7 points and effectively wrap up the final with the other girls stuck on the inside with the wind dropping.

Victory in the Single Elimination sees Offringa edge closer to a maiden wave world title, but things remain incredibly tight at the top and it now looks as though it will be a straight fight between Offringa and Moreno for this year’s world title. Given how Iballa sailed today you would have to say that the title race remains very open and there should be a fascinating finale to decide this year’s title. 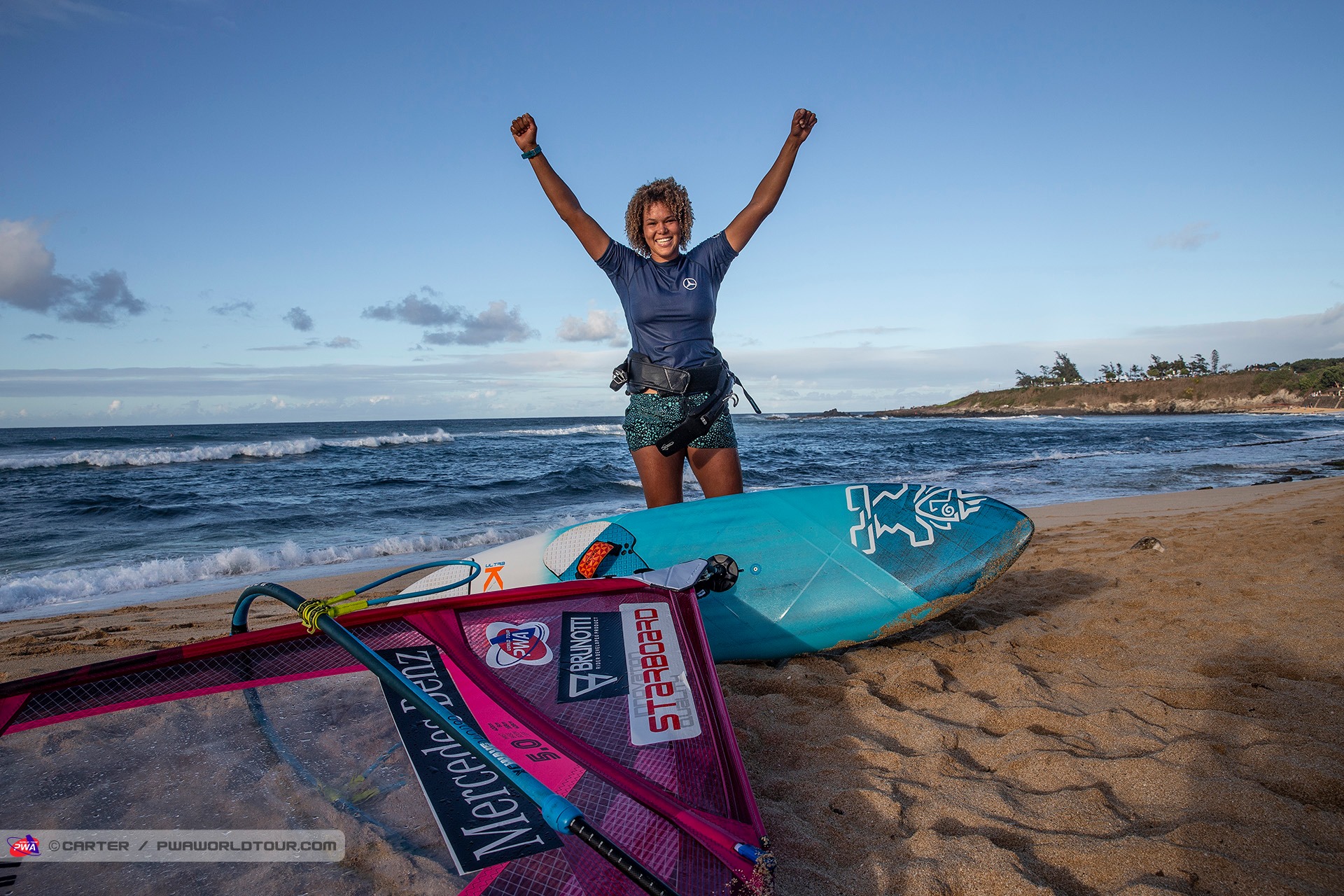 Sato, who set the highest score of the day – 14.12 points – in the quarterfinals eventually claimed the final place on the podium in the Single Elimination with Erpenstein completing the top 4.

Some will be wondering where multiple-time Aloha Classic and IWT Champion – Sarah Hauser finished as she missed out on the top 5 in the single, but she was involved in an incredibly tight opening semifinal with Moreno, Sato, Tatiana Howard, which could have seen any of the 4 women progress. In the end just 0.39 of a point separated second to fourth and you wouldn’t bet against the 30-year-old staging a come back through the Double Elimination.

In terms of the IWT title race, Hauser’s semifinal exit means that current tour leader – Maria Andrés – has not been fully punished for her quarterfinal exit and the Spaniard still remains in with a chance of claiming the overall title. However she will be aware that she will need to improve her ranking in the double, while Arrianne Aukes – who came into the event ranked second – also remains in contention. 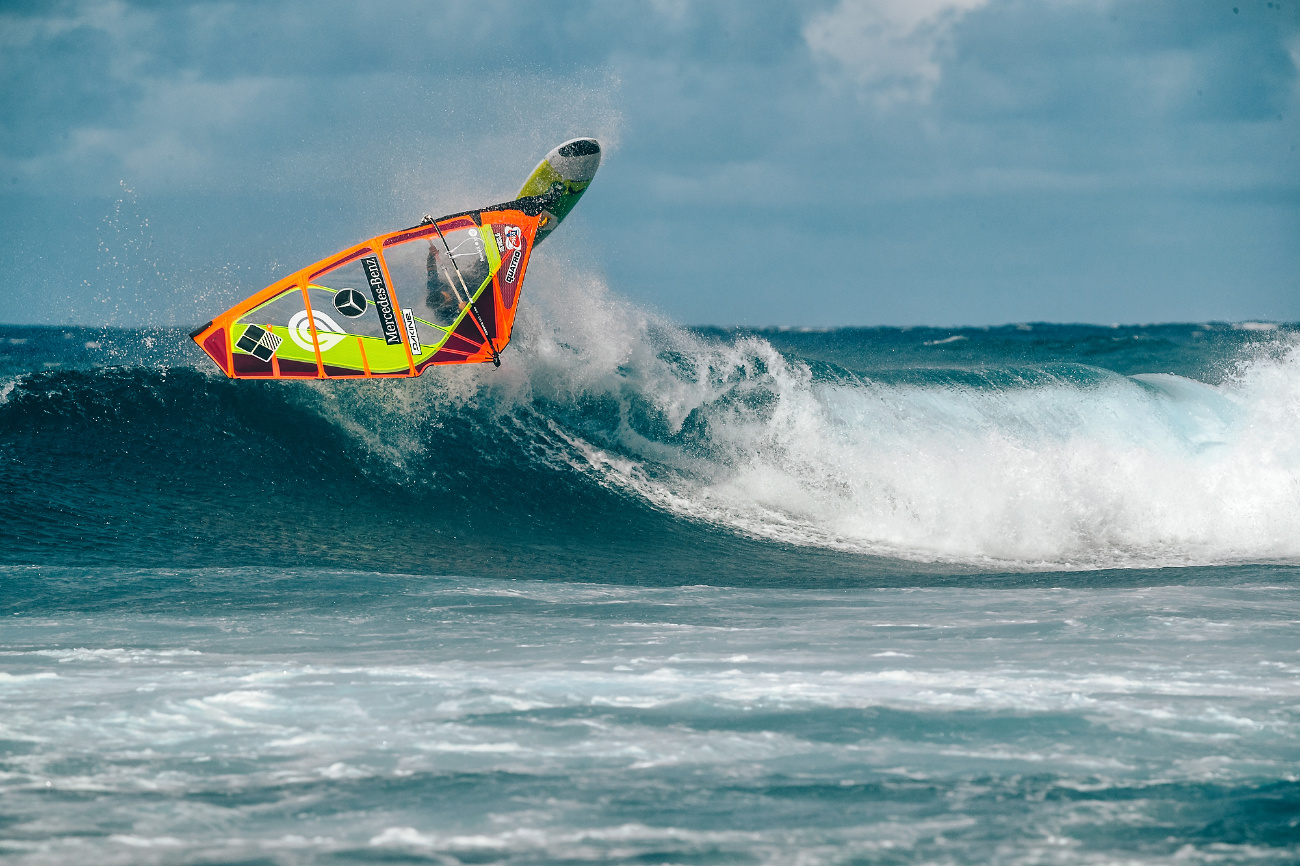 The first round of the Men’s Single Elimination didn’t really produce any major upsets, but the standout from the first round was former Aloha Classic Champion – Levi Siver who set the highest score of the day with 16.37 points after showing off trademark turns, aerials and 360s.

The other standouts from the first round were 2016 Aloha Classic Champion – Kevin Pritchard, and Kai Lenny, who looks like he could be a real threat for the Aloha Classic Crown – especially with the swell expected to increase in size throughout the night and into Monday – he will now be up against Alex Mussolini, Thomas Traversa and Diony Guadagnino in the round of 32. 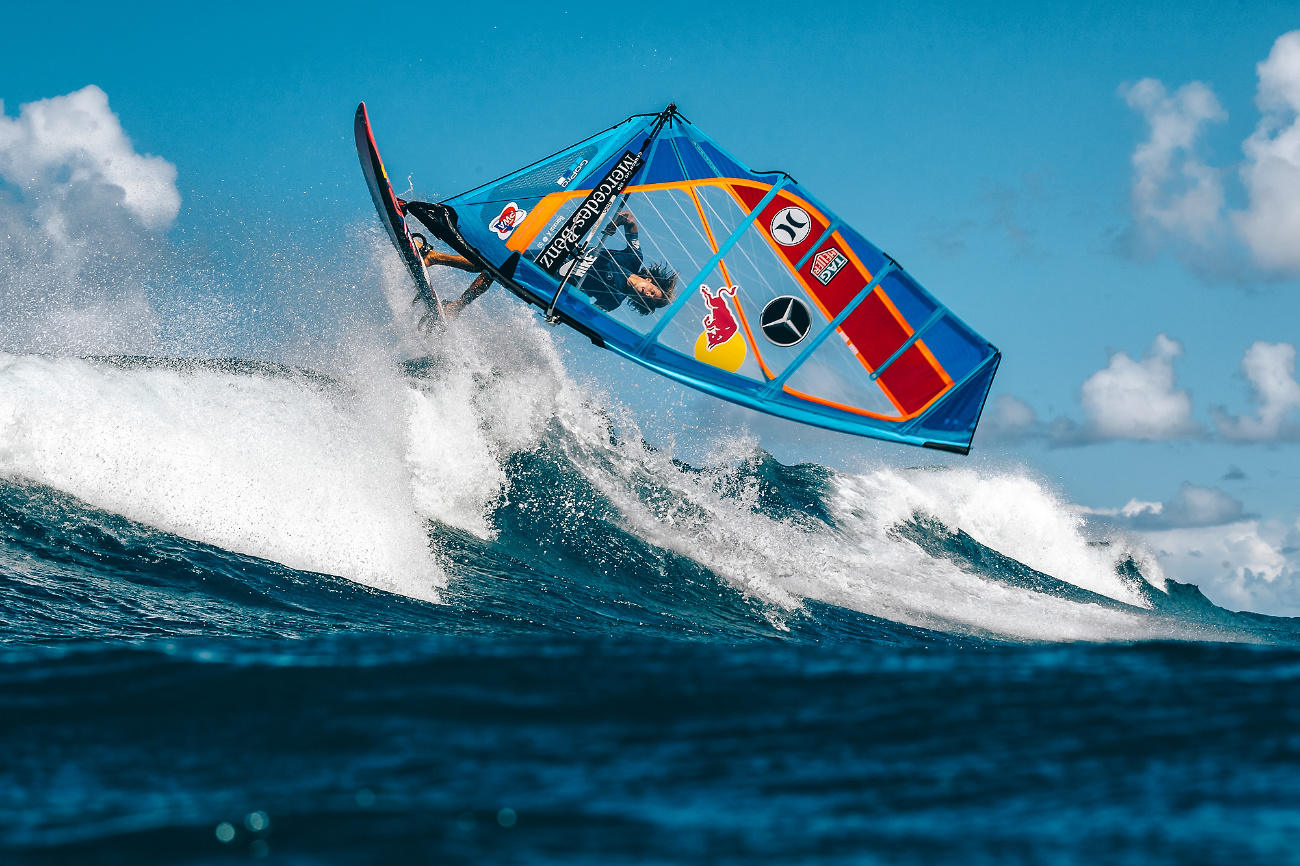 In the opening heat of the second round – Antoine Martin looked very dangerous as he linked fluid rail-to-rail turns with a variety of aerials to win the heat ahead of Jake Schettewi, who also sailed well.

During Heat 9 the waves were pumping with several mast high sets rolling through Ho’okipa, which led to the sailors in Heat 10 waiting out the back for a solid set to arrive. However, as the minutes ticked by there was no sign of a set arriving, so Ricardo Campello showed excellent tactical awareness to quickly notch up two solid wave scores on smaller waves to put himself comfortably in the lead. After waiting it out – Graham Ezzy – finally got himself on the board with a variety of turns and eventually stole the heat win with a quick second wave. Klaas Voget had his opportunity in the dying seconds, but crucially just went out the back on his frontside 360, which proved to be the difference between progressing or not. Ezzy and Campello will now face Martin and Schettewi in the next round.

The swell is only expected to increase overnight – from 4-6ft to 6-9ft @ 16 seconds – so Monday has all the hallmarks of being a potential classic with the trade winds expected to continue . The skippers’ meeting has been called for 10:15am (GMT-10) tomorrow morning with the action commencing from 11am onward.

To stay up to date with all the latest developments from Maui, and to watch the livestream — simply click HERE and scroll to the bottom of the page. 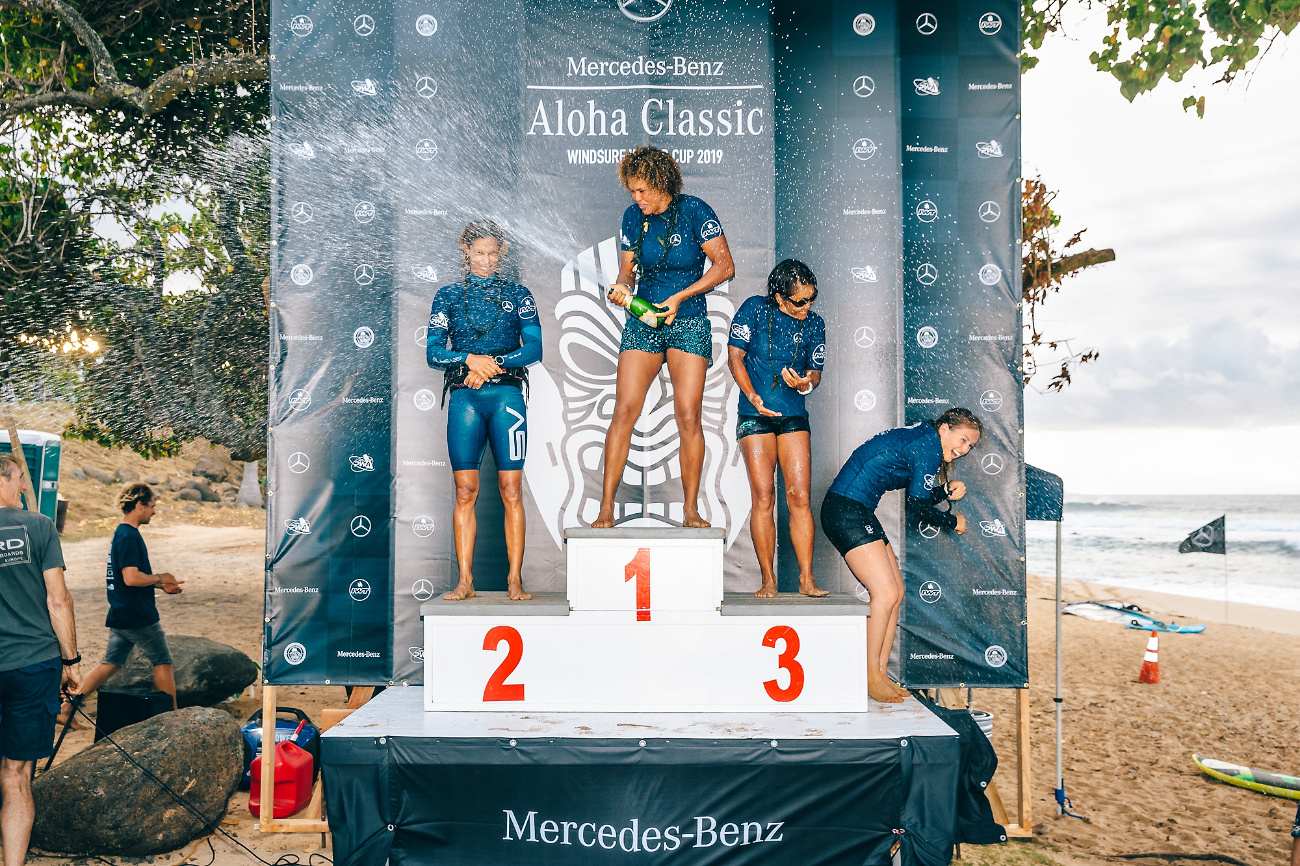