As the light rose on day three of the Pistol River Wave Bash, lines could be seen feathering in front of the Beachcomber Hotel signaling good things to come. Skippers was held at a sociable 10am and then the wait was on for the Pistol River wind machine to crank into gear. It didn’t take long. The first heat went off at 12:15, and 21 heats later at nearly 7pm, the day was finished. Semifinals were reached in all divisions except for the Pro Men. Pro men were on at the end of the day, where 6 heats were completed.

First up were the Grand Masters – Peter Kimball opened the day with a solid performance to take the first heat. Peter was flying around the competition area, racking up a massive rocket air and collecting some solid wave rides.

Top performance for the Grand Masters was Dana Miller, who unleashed his cheese roll magic on the world. Dana won his heat and looks to be the man to beat in the “Legends” division.

In the Amateur division, heats were close, but the crowd pleaser was the two Jeffs going head to head with their wave slaying antics. Jeff Henderson proved to be just a little too strong in this semifinal, relegating Jeff Albright to battle for third place with Yohann Burette in the Loser Final.

Spunky youngster Z took the win against Vinnie Armato, bringing his Maui honed wave skills to the Pistol event. Z then went onto the Semis to take down another note worthy Oregon Coast specialist, Yohann Burette who, despite displaying good local knowledge with some well timed and well read wave smacks, couldn’t bring down the almighty Z, who appeared on a mission. 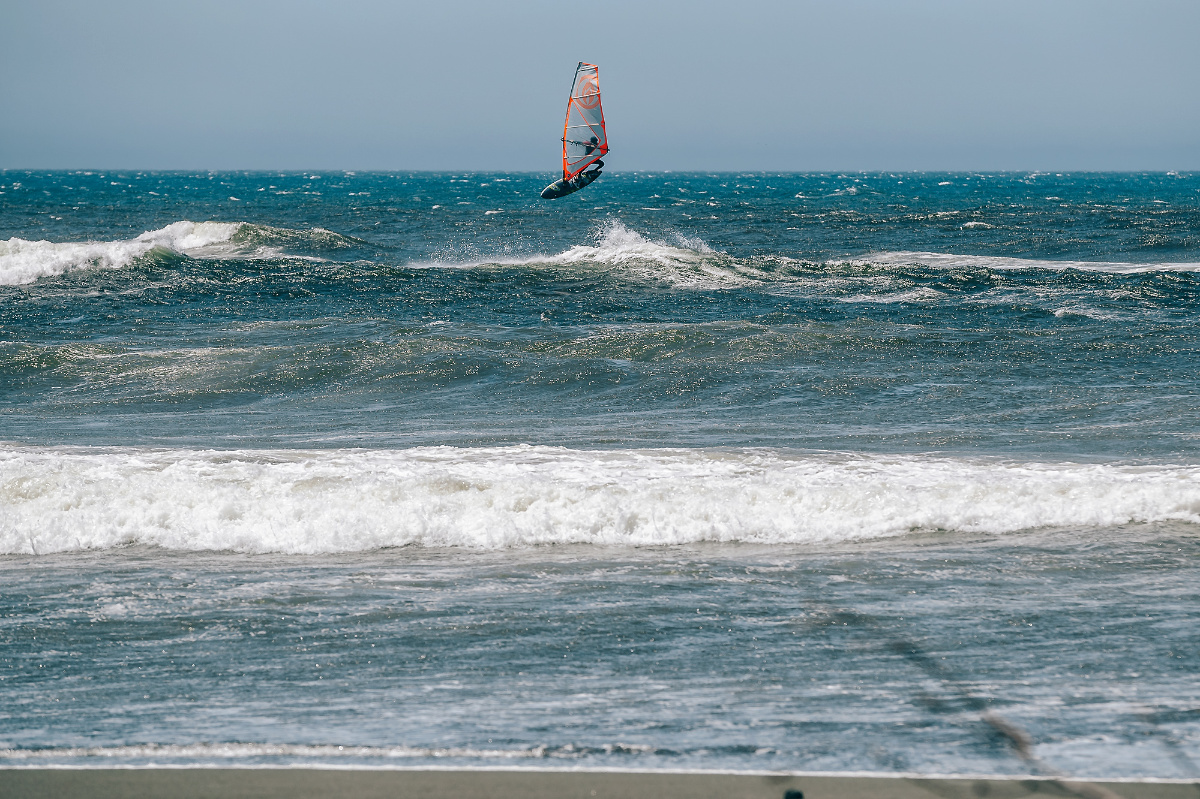 It’s always great to see the youngsters of the sport getting involved, but it was especially awesome to see 13 year old Pepe Krause with so much joy, enthusiasm and ‘give it all you got’ attitude go up against the two well known, very handy Schettewi brothers, without batting an eyelid. This feisty young man went out guns blazing, attempting a back loop in his opening charge.

Finally the exciting news you’ve been waiting for – the pro men came out to play. The conditions weren’t as nuclear as yesterday, but it was classic unpredictable and testing Pistol style, which put the pros on their toes.

Stand outs came from Morgan Noireaux and Edvan Souza, both with impressive jumping repertoires and stylish wave riding. Meanwhile Nathan Mershon and Bernd Roediger had the crowd biting their nails in one of the closest heats to be seen on tour this year. Nathan, as expected, threw down some big air maneuvers, namely his legendary to the moon back loops but with a .4 of a difference Bernd took the win, with his unique, strong and stylish wave shredding. 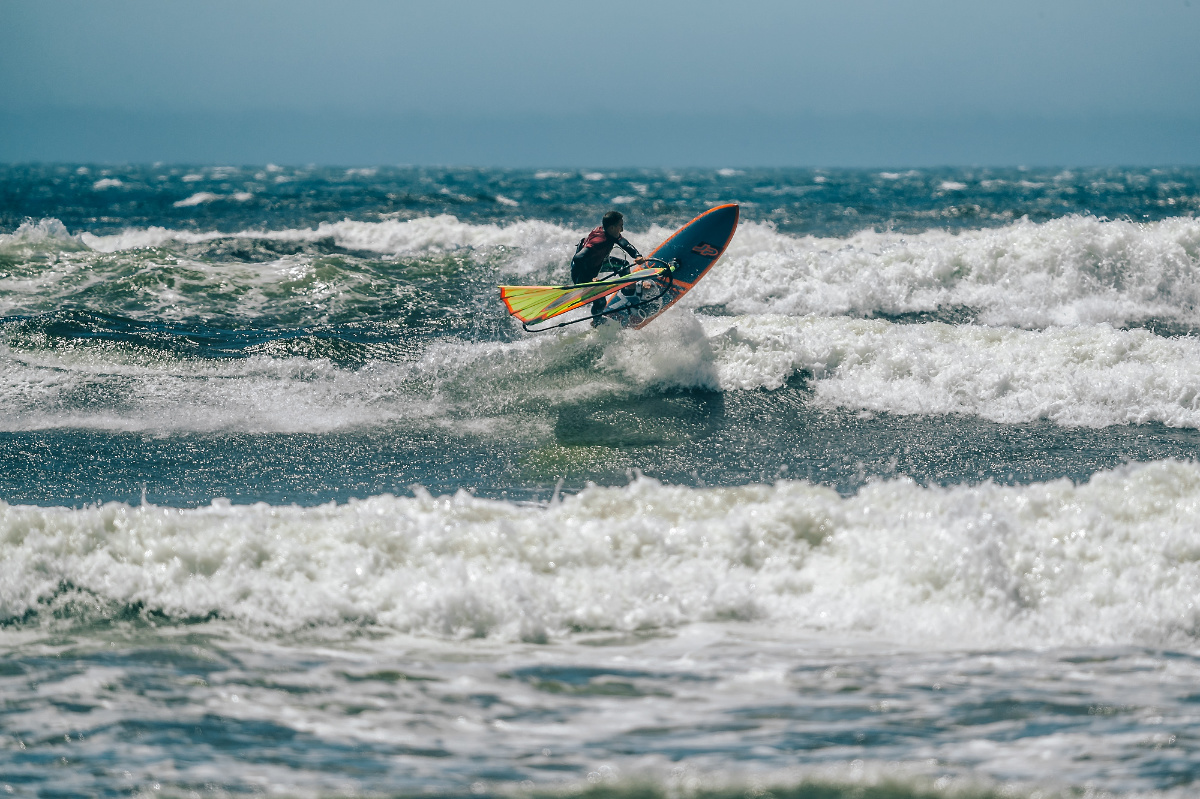 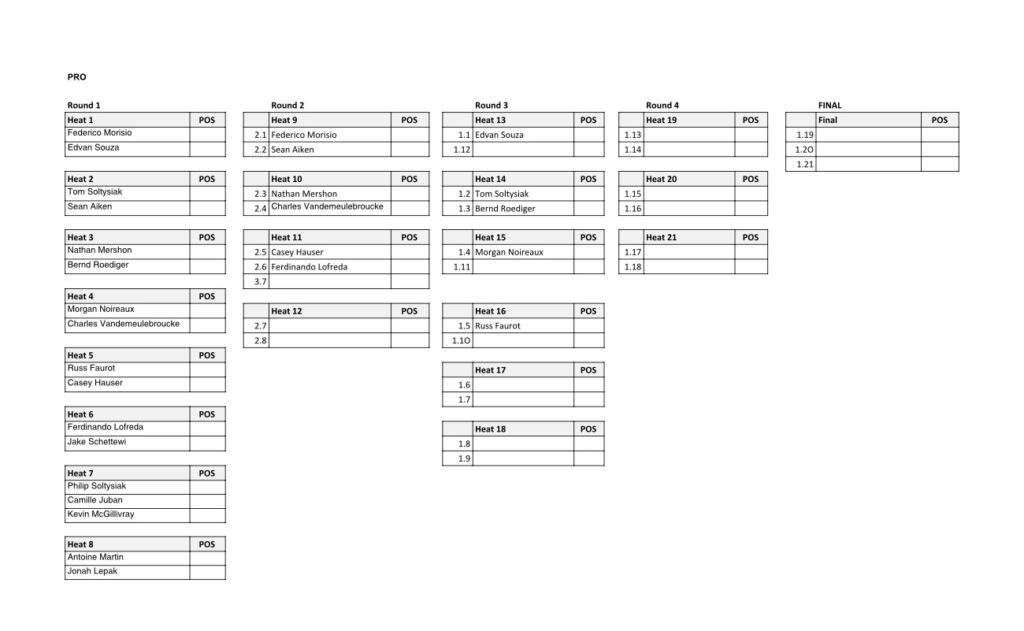