Day 5 was expected to have stronger wind than earlier in the week. It was very slow to arrive, however it did kick in around 2pm and built to contestable strength by 3pm, thus amateur heats began. The contest ran from 3pm-6:30pm. Every ounce of contestable wind and daylight was used. Waves were in the waist to overhead range and there were lots of impressive performances from the amateur fleets. Some riders struggled with the light wind conditions while others excelled. 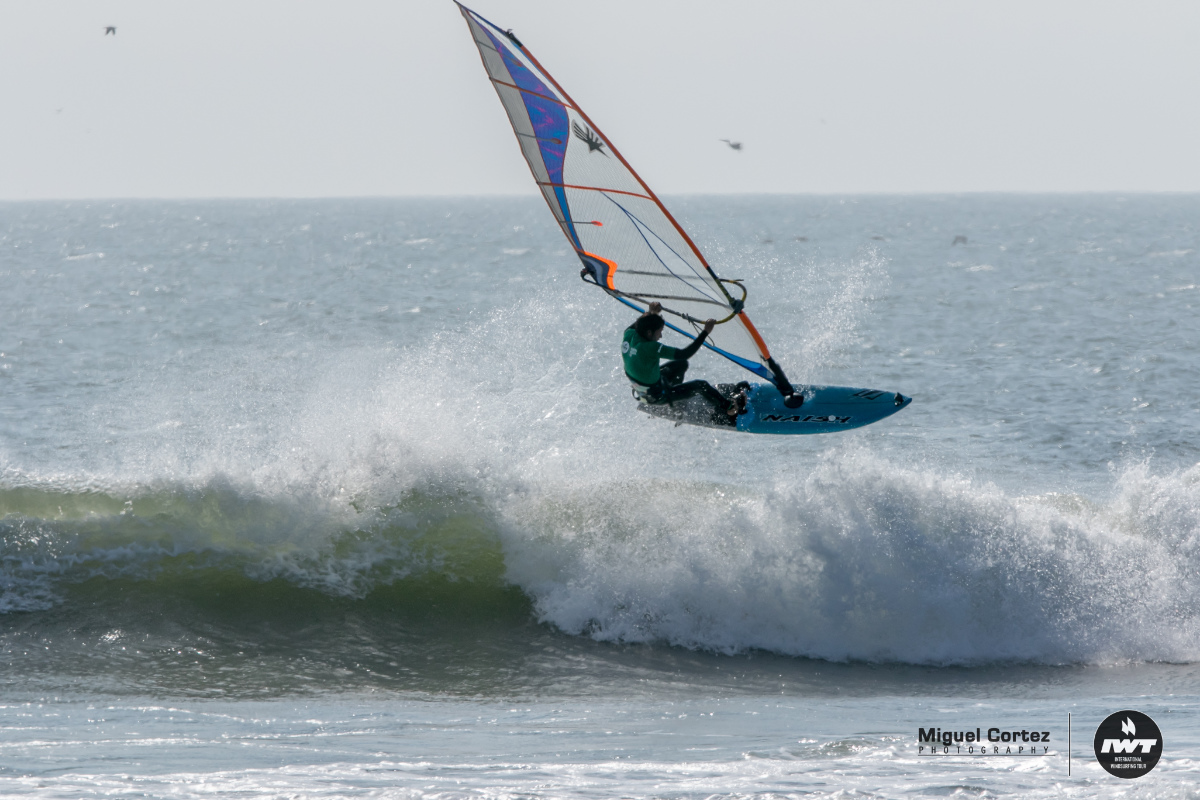 Standing out was local Peruvian William Perez who had 2 waves in the excellent range in his first heat. New to windsurfing, Alonso Vega competed in his first ever contest and made it all the way to round 3.
Zack Coleman made an impression in heat 5 with two nice waves including aerials and nice long drawn out turns. Simbad Lamanuzzi sailed into the semi final with his family’s loud cheering squad shouting for him from the beach. He will join his father Felipe in the semifinal. 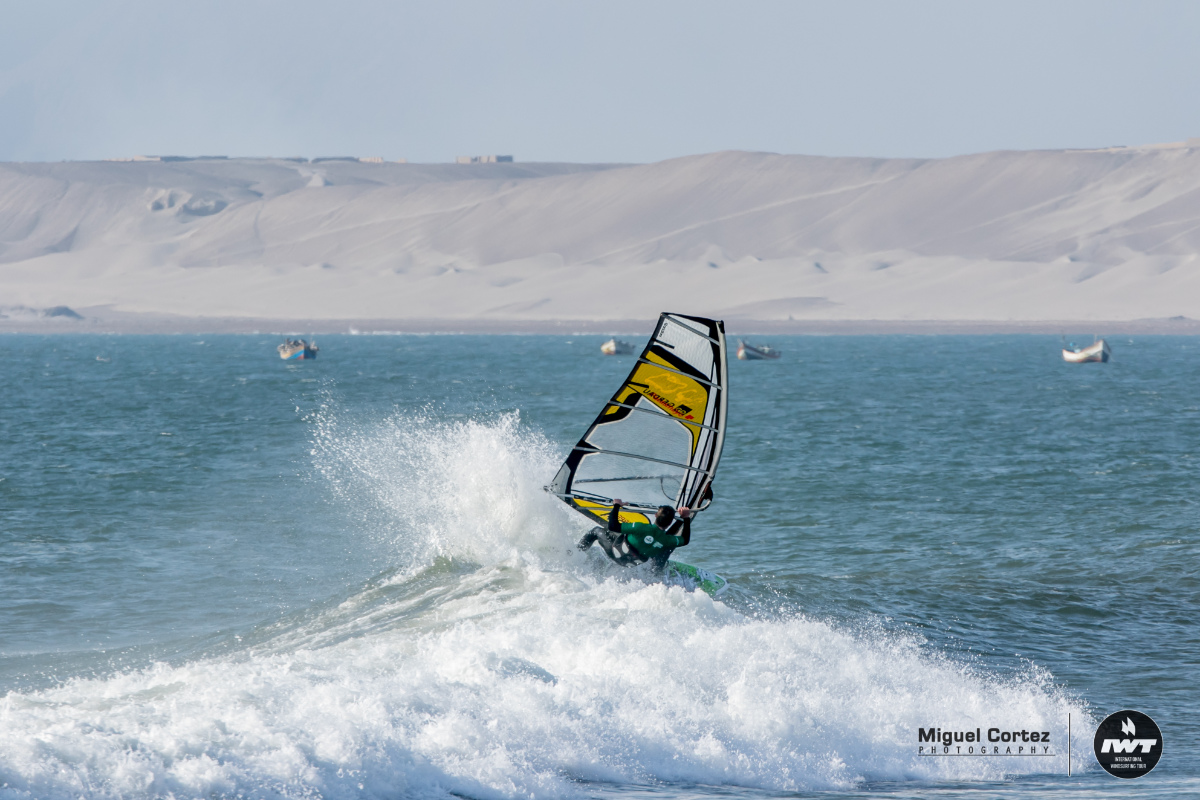 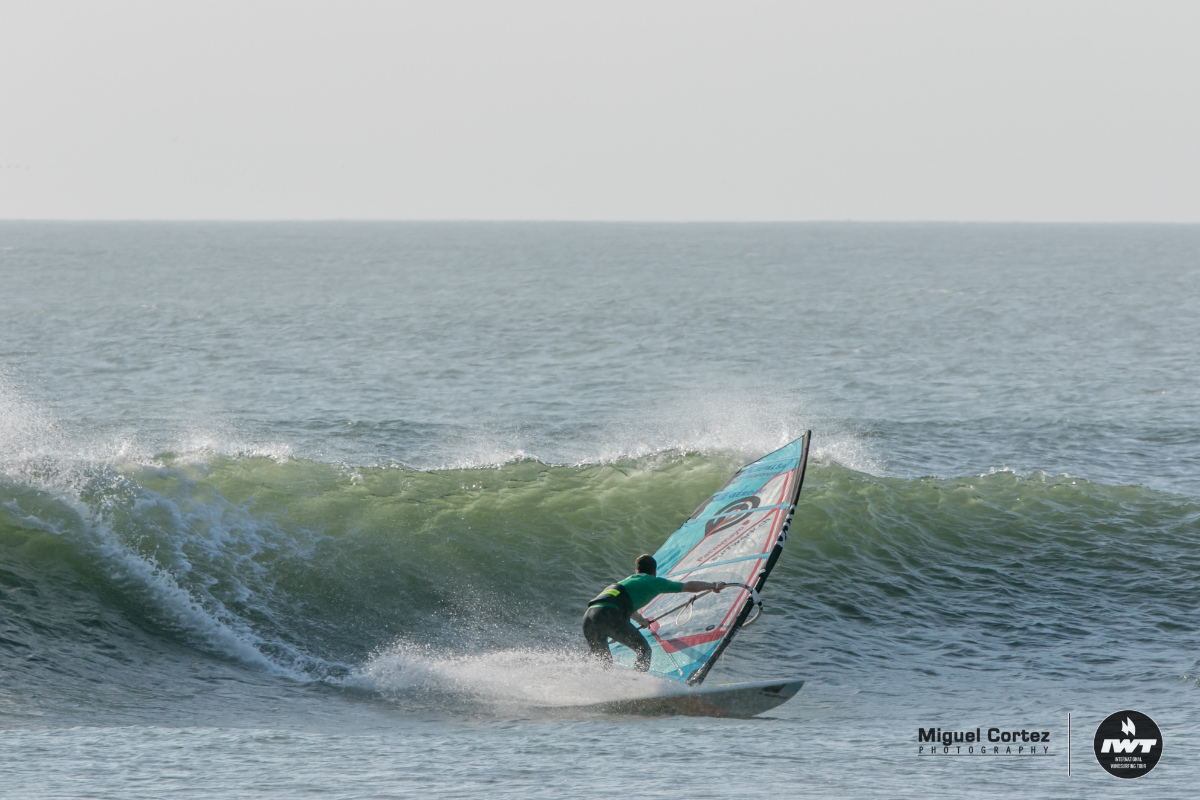 Simeon Glasson was another standout hacking away with power and flow at the point. Francesco from Italy and Simon Aeppli from Sweden sailed consistently well to gain entry in to the semi final.

Mid way through heat number 11 the wind dropped even further and the heat was called off. There are now 4 heats remaining in the Amateur bracket, and 2 riders still looking to make the semis.

With three days remaining in the contest window and still an excellent forecast ahead, the closing days look to be exceptional. 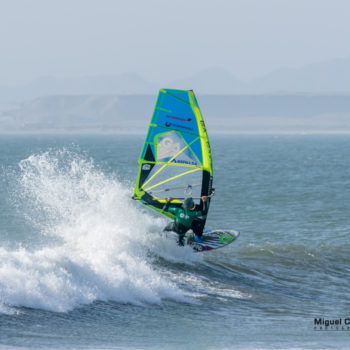 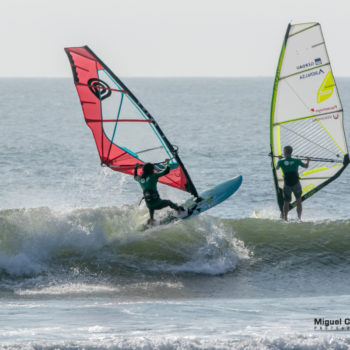 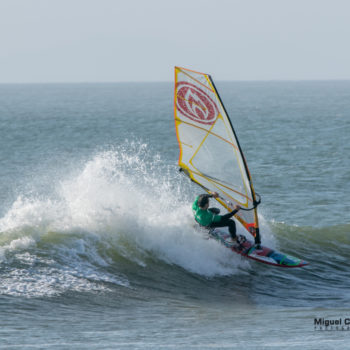 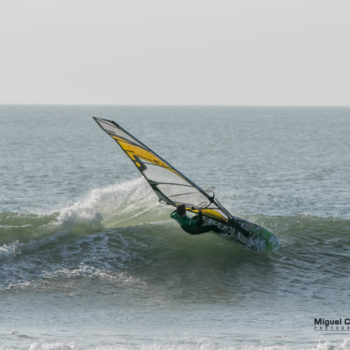 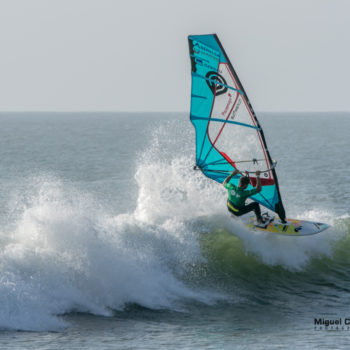 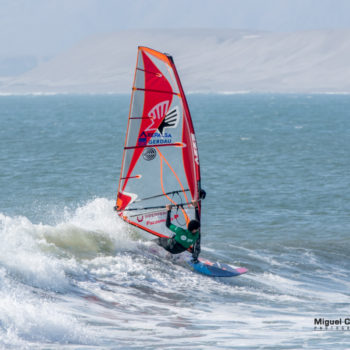