Pistol River continued to deliver pumping wind and waves day after day.  Head Judge Duncan Coombs called the first heat on at 12:45 with the masters final, followed by the amateur final.  Both finals were super close.  Sean Aiken and Jonah Lepak battled for first in the masters, with Sean just taking it.  Jonah displayed powerful turns and very clean wave riding, but Sean was able to nail his jumps slightly better.  The amateur final between Z Schettewi and Jeff Henderson was a battle between youth and a grand master.  It was cool to see the new generation taking on the old.  Z managed to get by Jeff, proving that he is ready to take his skill to the next level.  Z has been training hard on his jumps and it clearly shows. 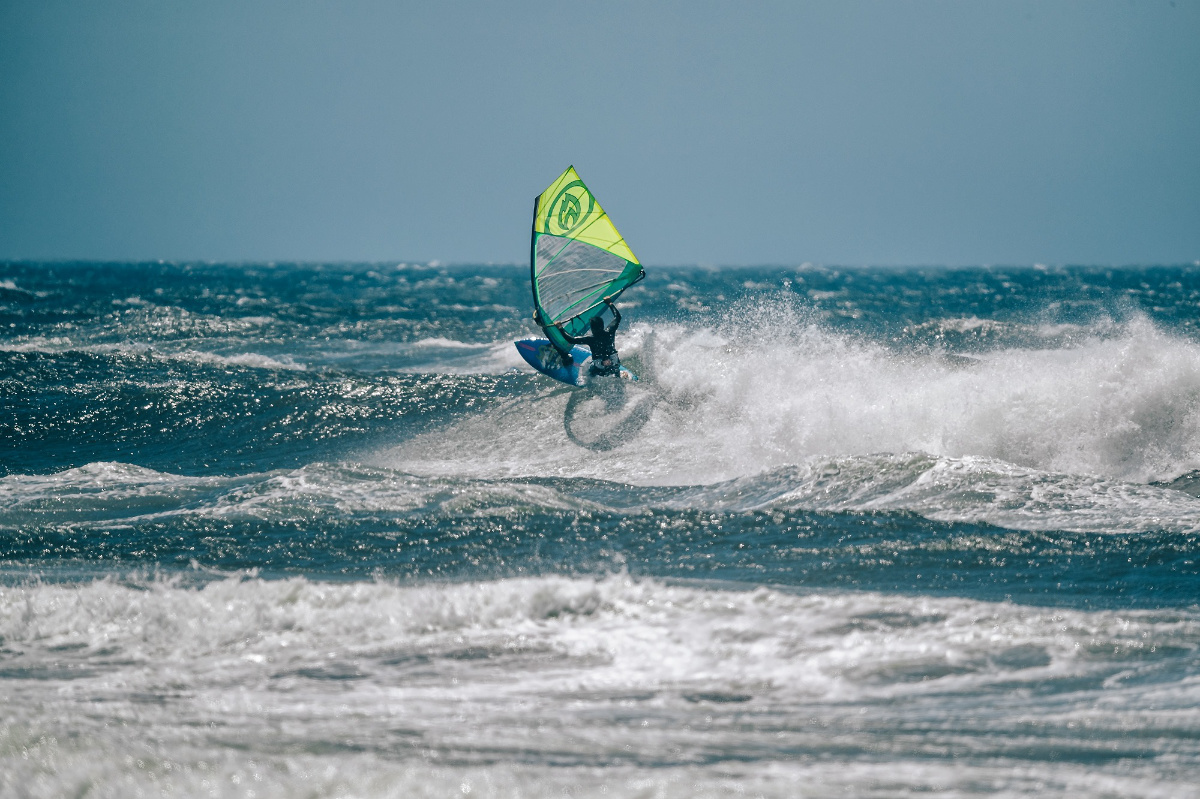 Next it was on to the Pro Men semifinals.  First up was the contrasting styles of Bernd Roediger and Edvan Souza.  Edvan is one of the best starboard tack jumpers you will ever see, and Bernd is one of the best wave riders.  This would be a difficult one to judge as waves and jumps carried equal value.  Two jumps and two waves would score.  Edvan led off with a huge stalled forward and a giant backloop, while Bernd wrapped his way down the line in these side-onshore conditions, somehow making it look like a more typical side shore break.  In the end Bernd snuck past Edvan to take the win after he completed two solid jumps to back up his wave rides. 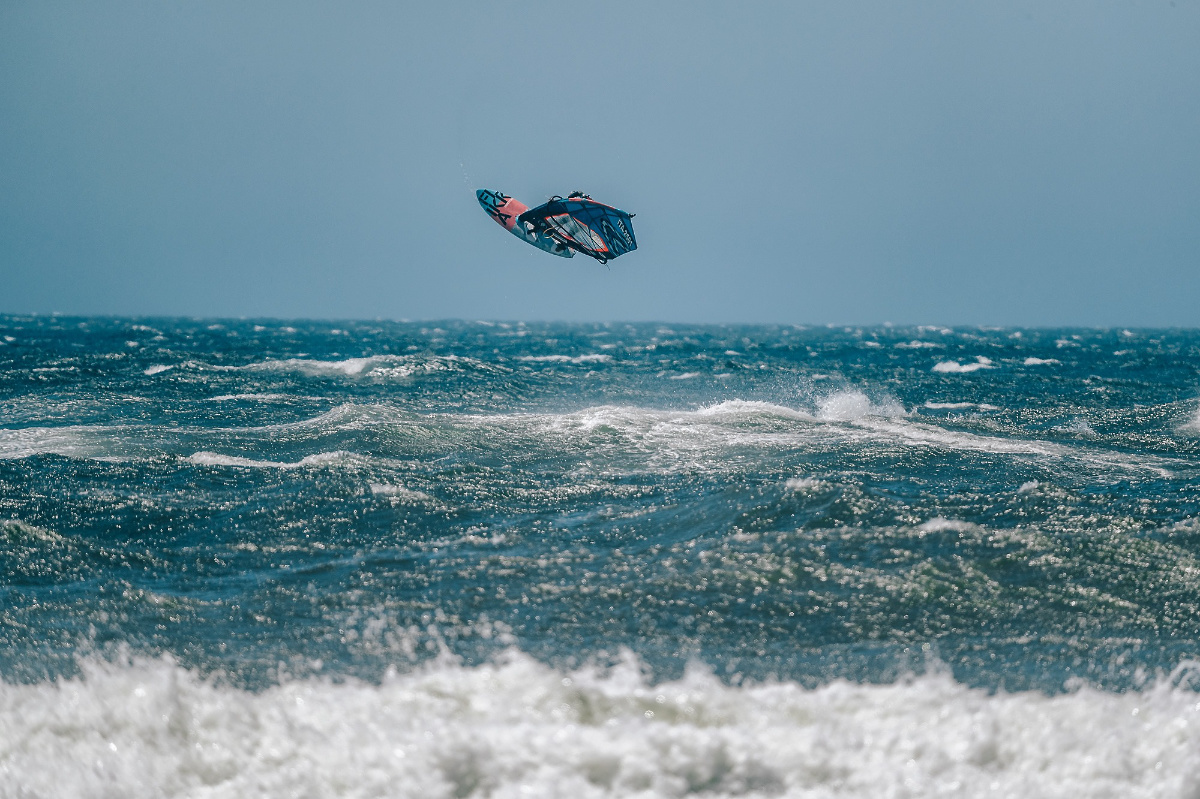 Heat two of the semis went to Morgan Noireaux over Russ Faurot.  Russ nailed a high backloop and had a couple impressive wave rides, but was no match for Morgan, who styled through a rocket air backloop and some of the most critical wave riding seen in the contest. 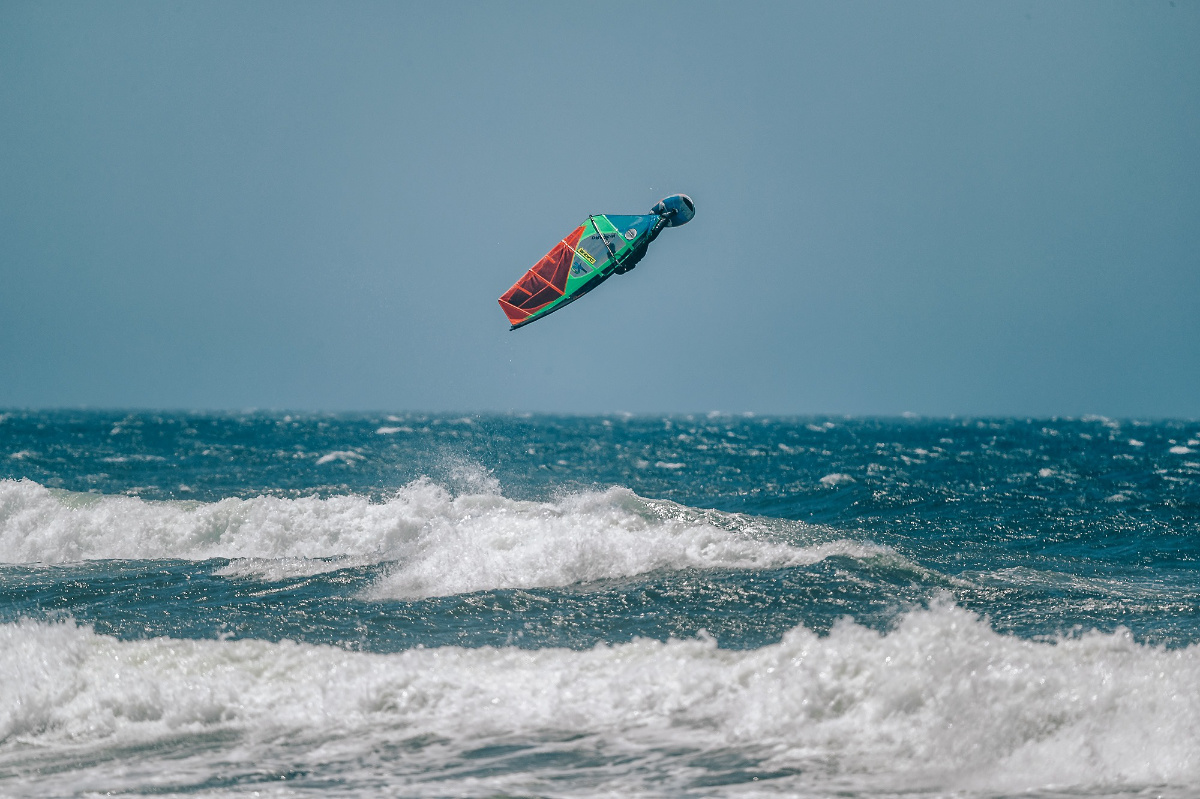 The third semifinal heat was a battle between up and coming ripper Jake Schettewi, and the super talented Antoine Martin.  Jake and Antoine were two of the most on form riders of the whole contest, so this was sure to be a difficult one to separate. Jake pulled his jumps quickly taking the lead early, giving him a chance to focus on wave riding.  Antoine was sailing well, but lacked the big move that had seen him through previous heats.  Knowing that he needed a big score, Antoine set up for a huge ramp on the outside.  He went for the double and landed it.  However, he came up just short of perfect on the landing, and the sail dropped, negating the perfect score that he was looking for.  Antoine couldn’t find another opportunity and Jake was the winner.

Now it was on to the redemption round where Edvan, Russ, and Antoine would battle for the fourth, fifth, and sixth positions.  Edvan once again had the crowd cheering with his massive jumps, but it was Antoine who would take the win, perhaps with a little extra motivation after being left out of the final.  Russ completed his traditional clean backloop and pushloop, but failed to fire on enough cylinders to match Edvan and Antoine. 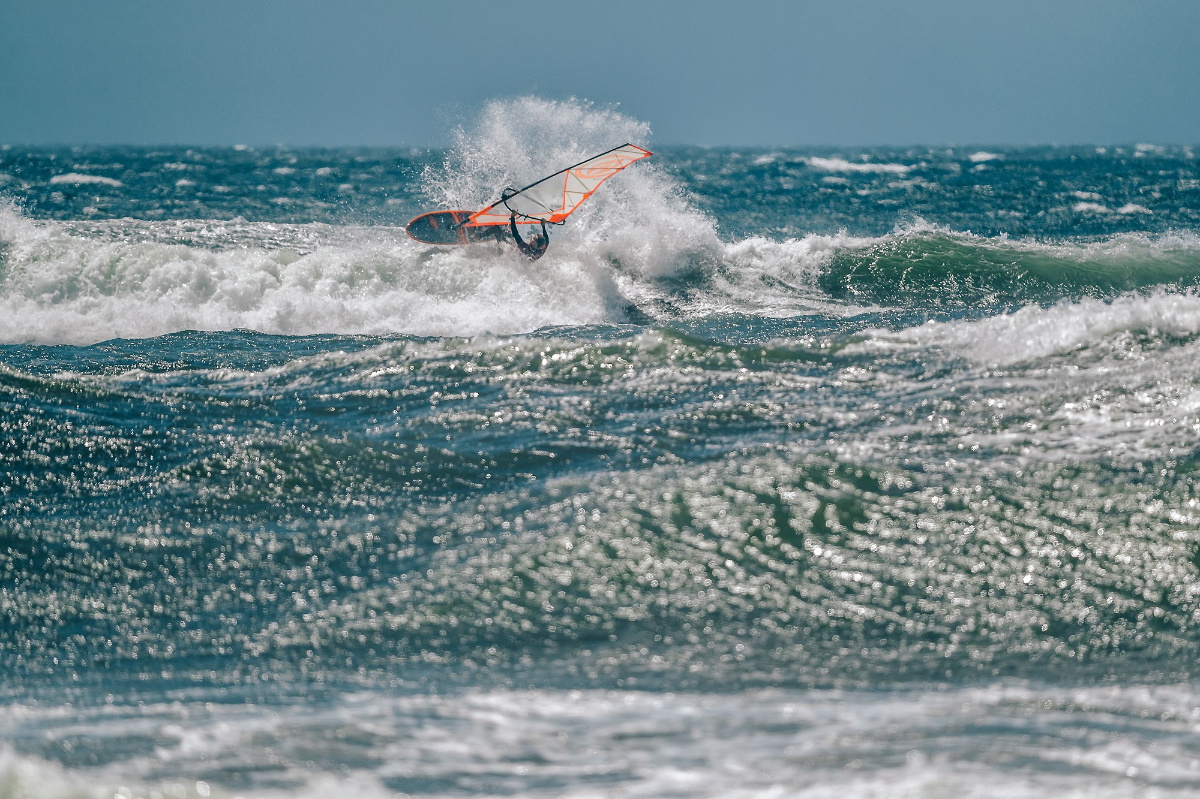 The finals were now counting three jumps and two wave rides, making things just a little more difficult.  Bernd (known for his wave riding) did well there, but suffered by not completing his third jump.  Jake and Morgan battled back and forth with waves and jumps – both were on point with clean front side turns mixed with backside hits.  Morgan just edged out Jake for the win styling through a huge one-handed and one-footed backloop.

The women sailed yesterday, but results were held for an awards at the beach with the rest of the categories.  Sarah Hauser just edged out Arrianne Aukes to take the win with superior wave rides.  Arrianne had the best jump scores, but couldn’t quite match Sarah’s waves. 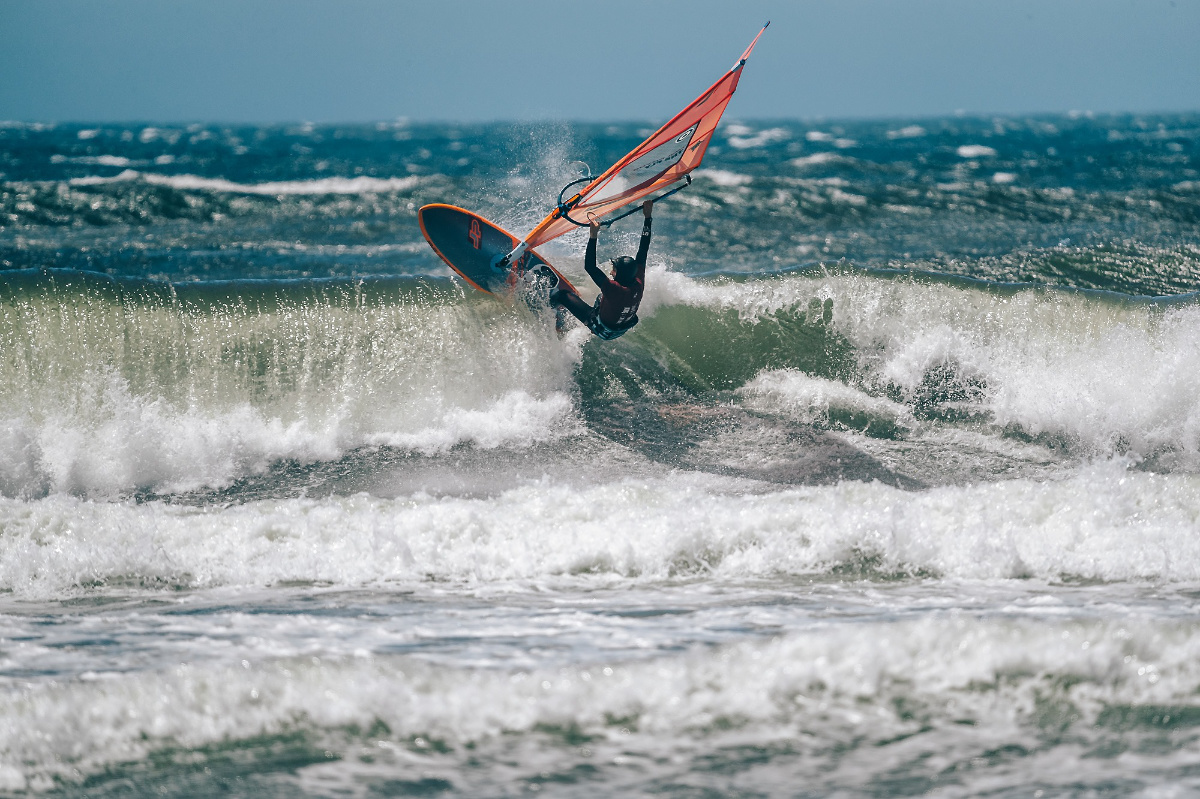 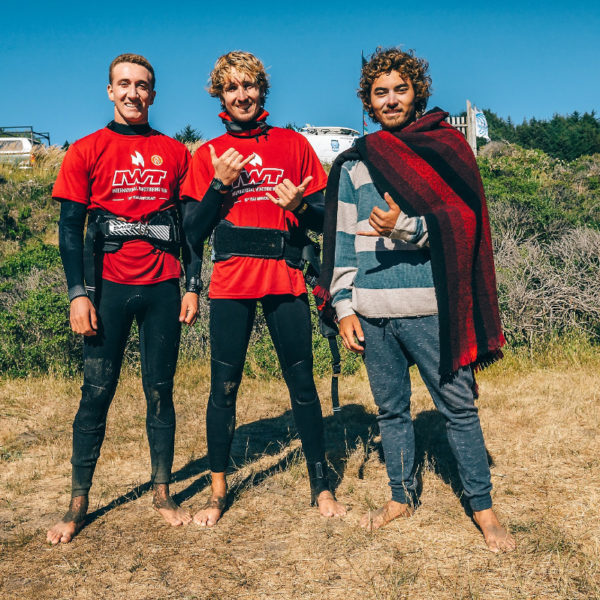 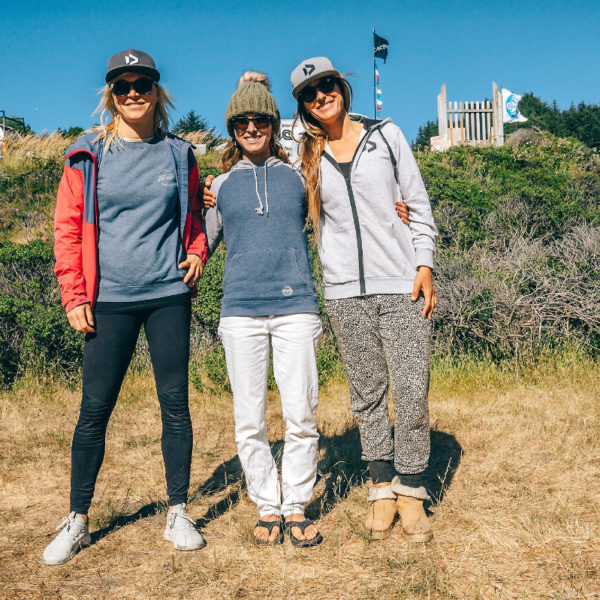 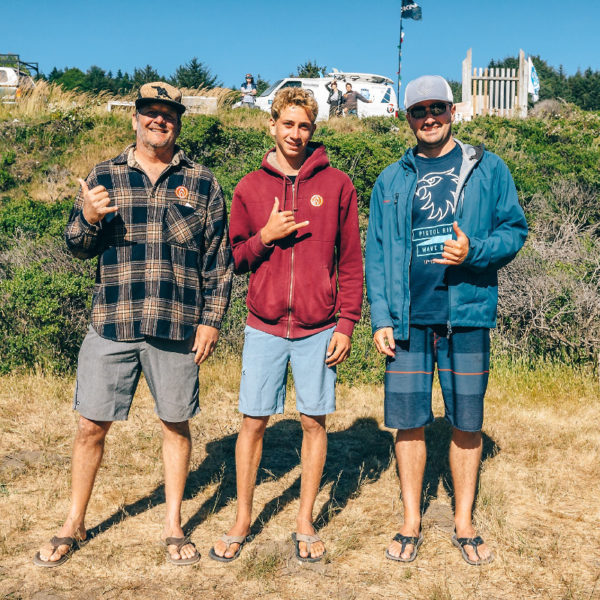 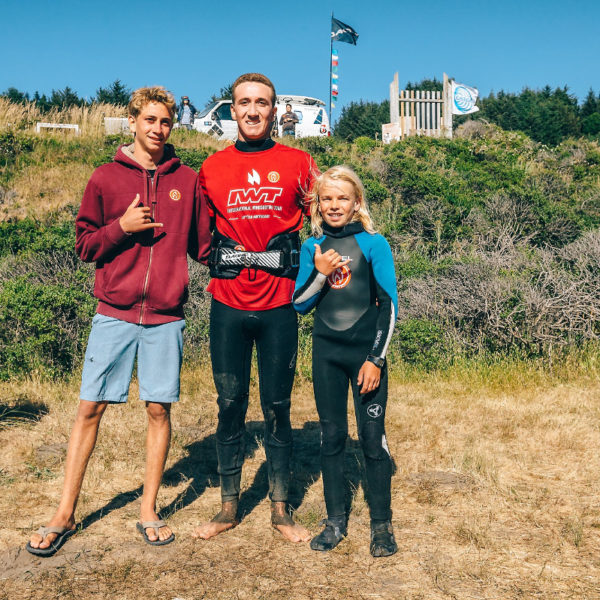 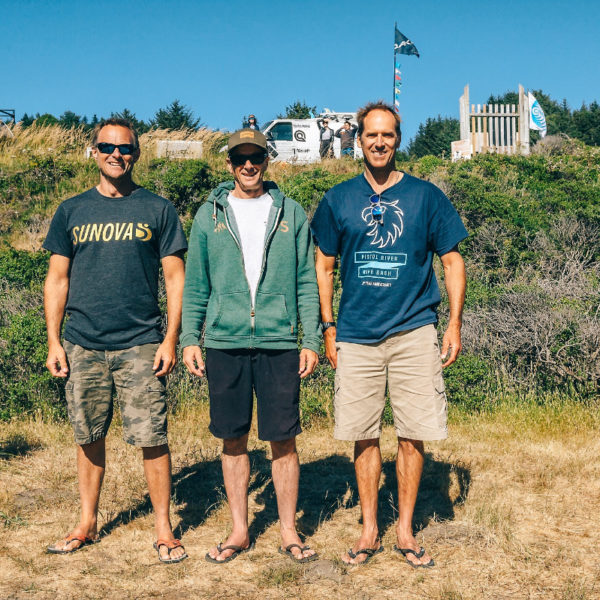 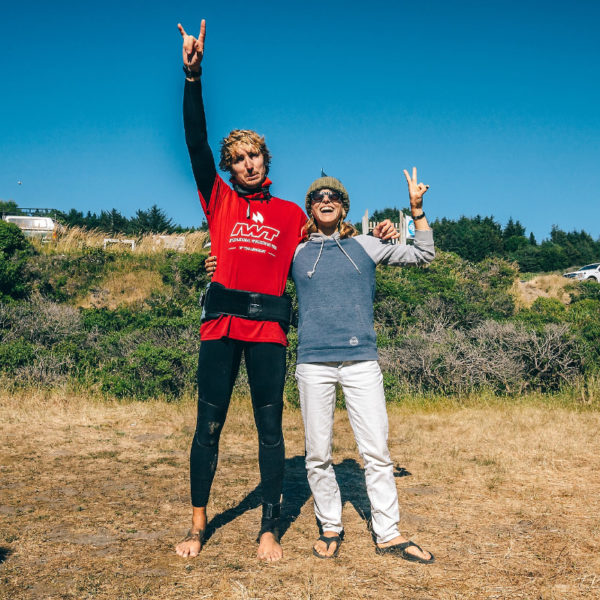 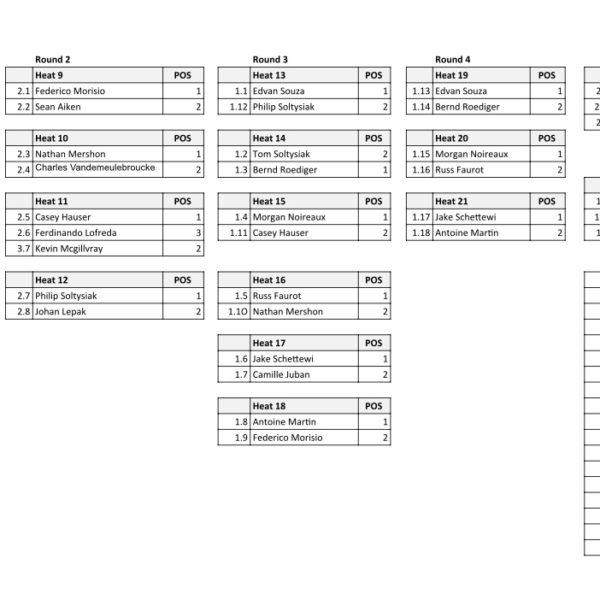 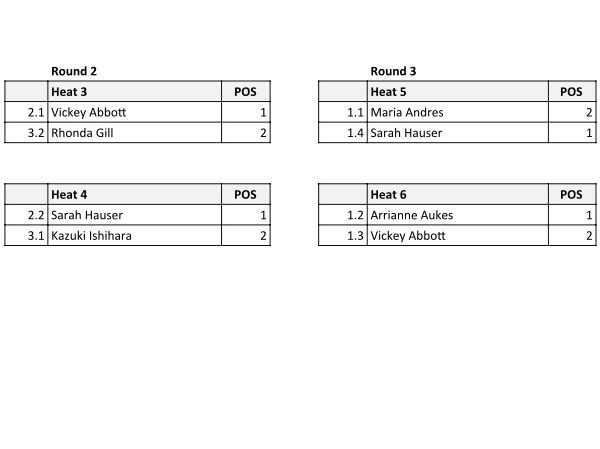 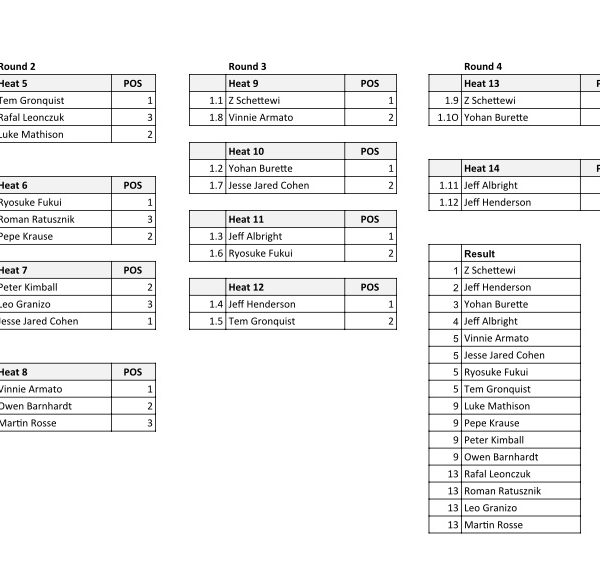 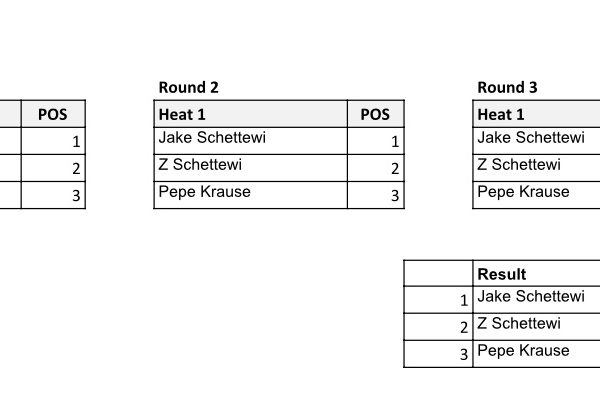 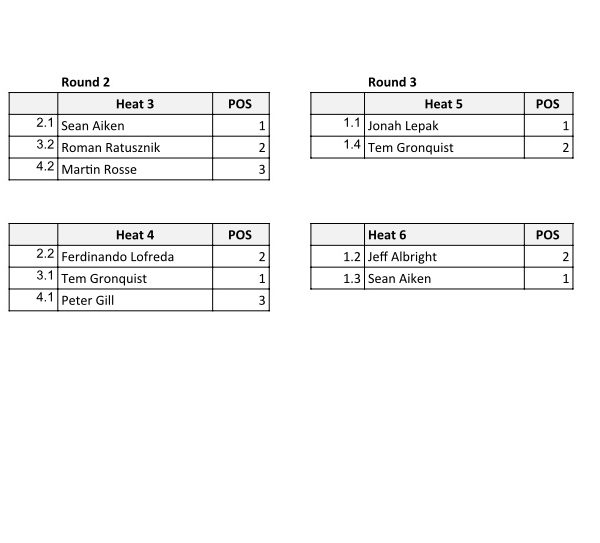 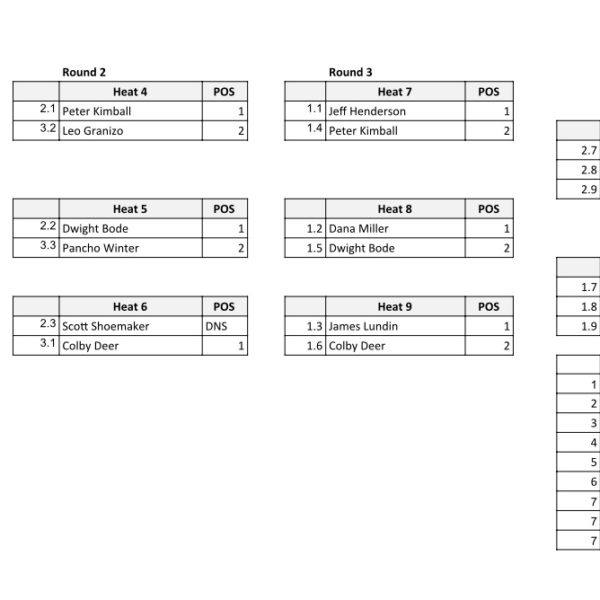