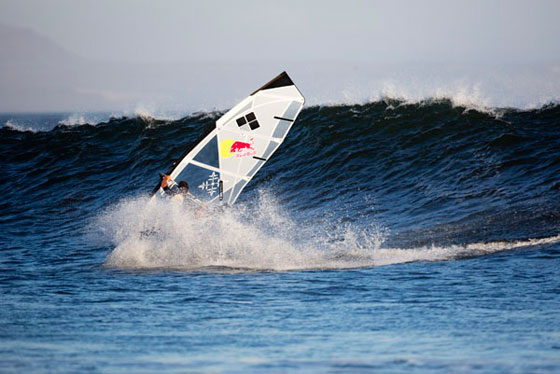 On day five of the 2012 Quatro Desert Showdown the best swell showed up for the week long event, and head judge Matt Pritchard made the call to send out the pros. Despite the light wind conditions they put on a spectacular show picking off logo high set waves at the Punta San Carlos point and riding the 6-to-12 bottom-turn waves through the Chili Bowl and beyond. As you can see by the results below, it was a stacked pro fleet and the long heats (that were extended with each round from 20 minutes to 24-minute semi-finals to a 30-minute final) made it possible for all riders to find some choice set waves. 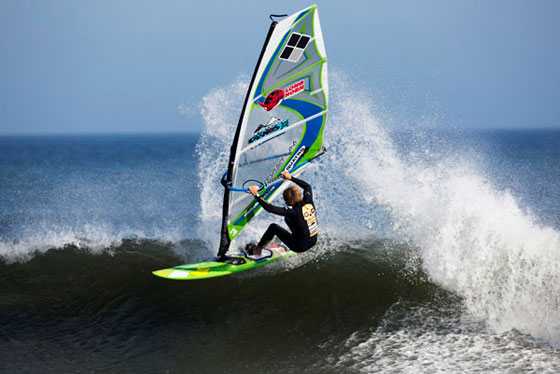 The final came down to action packed match between Levi Siver, Camille Juban, Morgan Noireaux and Bernd Roediger. Noireaux and Roediger sailed well, but the two riders who used their wave knowledge to get the best waves were Siver and Juban. When the final horn sounded debates began on the beach as to who won? What would the judges decide? The winner was announced that night behind the bar at the SoloSports camp… Levi Siver! 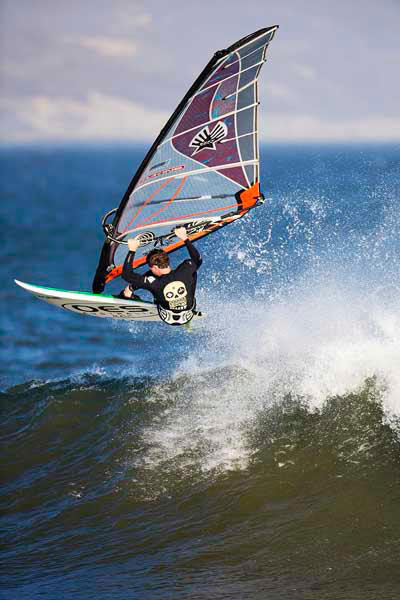 With conditions dwindling slightly on the final day and only enough time to get through a few rounds of the pro double elimination, the final result of the single elimination was upheld giving Siver his third AWT title of the season!

Day six provided perfect conditions to run the double elimination brackets for both the Amateurs and Masters. On the Amateur side the rider of the day was Jordan Reid who battled all the way back from a first round loss in the single elimination to sail the maximum number of heats possible, and meet up with Chris Freeman in the final. Reid sailed extremely well in the final but Freeman had one of his best waves of the entire competition allowing him to claim the title. With 25 entrants, the Amateur fleet was not only stacked with talent but it was the biggest of the competition, so congrats to all this sailors for coming such a long distance for an epic week of competition and fun in the waves of Punta San Carlos. The rider of the day on the Masters side proved to be MacRae Wylde, who put on quite a show defeating the single elimination winner Andrew Cunningham twice to claim the crown. After the bracket was run, this fleet was broken down by age allowing Cunningham to still win the title in the Grand Masters division.
Due to the size of the Women and Youth divisions both ran single heats throughout the week with each counting toward the final result. 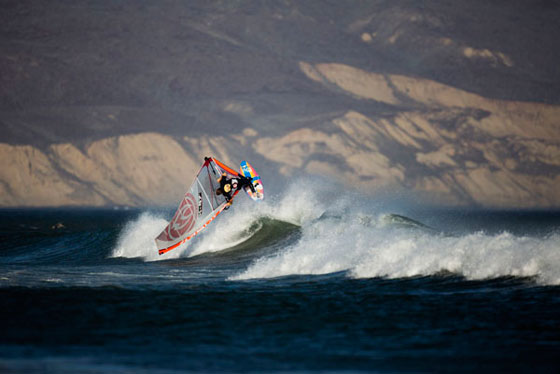 Maui’s Casey Rehrer proved to be the class of the Youth division but Fiona Wylde, Ian Stokes and Alex McKirgan all improved quickly as the event progressed. Hood River’s Fiona Wylde put on a dominating performance winning the women’s title over Katie McAnena, Sam Bittner and Lindsay Vitort. Wylde had quite a Desert Showdown as she also finished second in the Youth and 11th in the Amateurs. 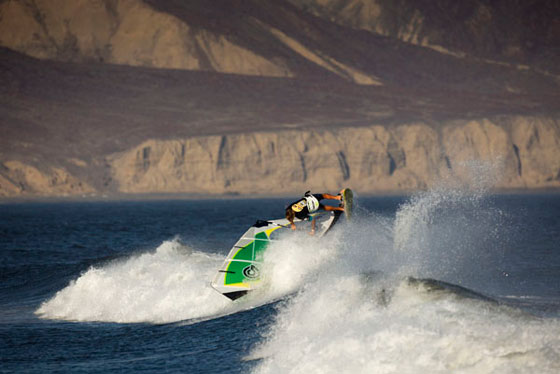 It was a great week hosted by SoloSports Adventure Holidays in Punta San Carlos, Baja, Mexico. Thanks to everyone—hosts, sponsors, competitors, staff, and organizer Sam Bittner—for making this event almost twice as big as it was last year. Looking forward to seeing everyone down in Baja again next year! 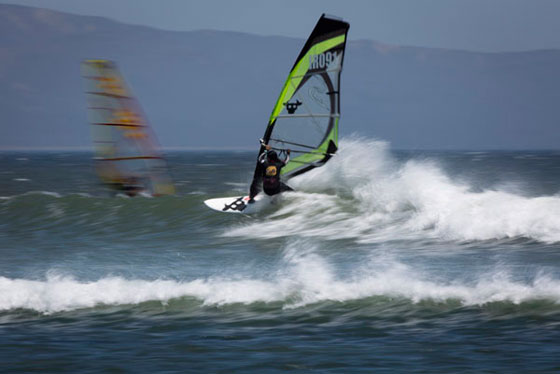 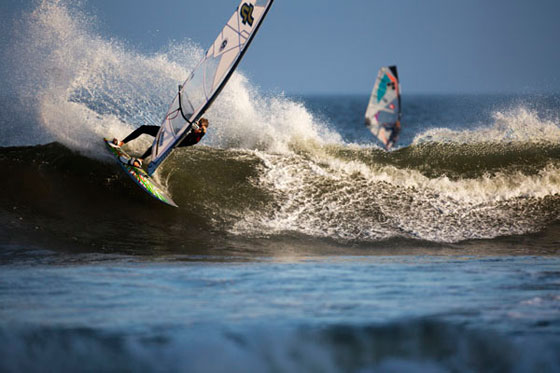 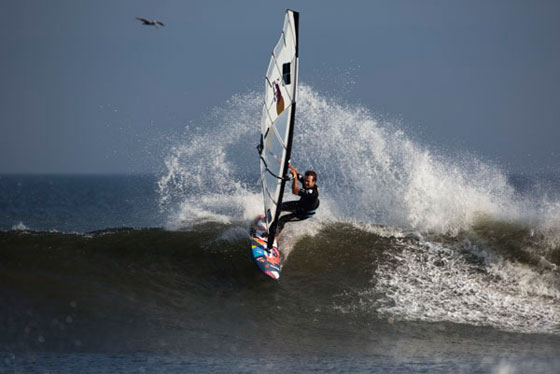 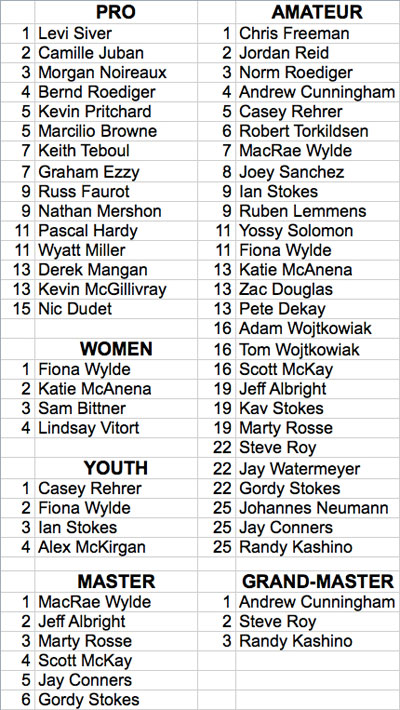