Nagoshi And Aiken Are Unstoppable At Ho’okipa, Larouche Takes 2014 Title 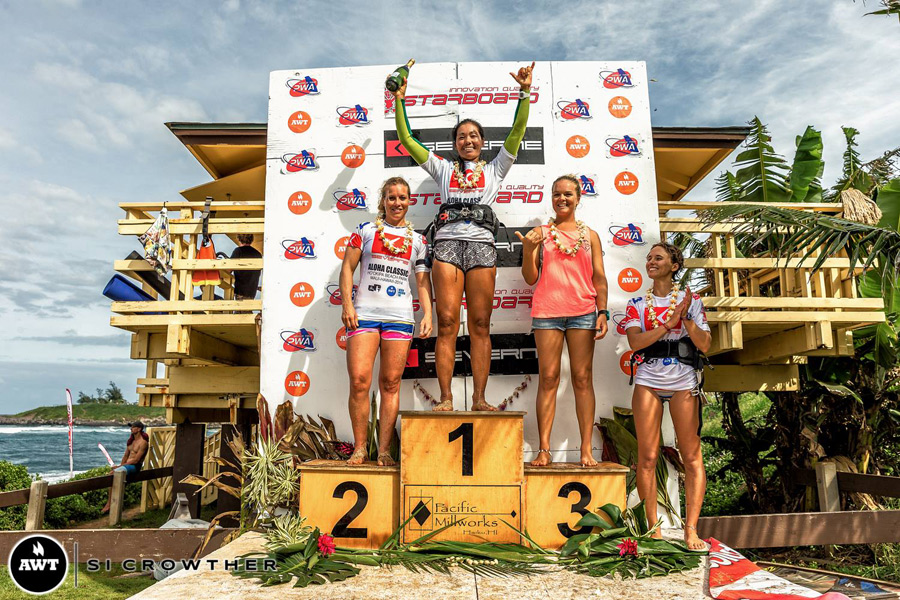 Thursday 6th November saw yet more champions crowned, after another successful day at the beach for the AWT Severne Starboard Aloha Classic.

We kicked off this morning with the Women’s fleet; 17 incredible women took on the big swell and offshore winds of Ho’okipa. The fleet contained AWT and world champions, but it was some of the familiar local faces that made it into the final. 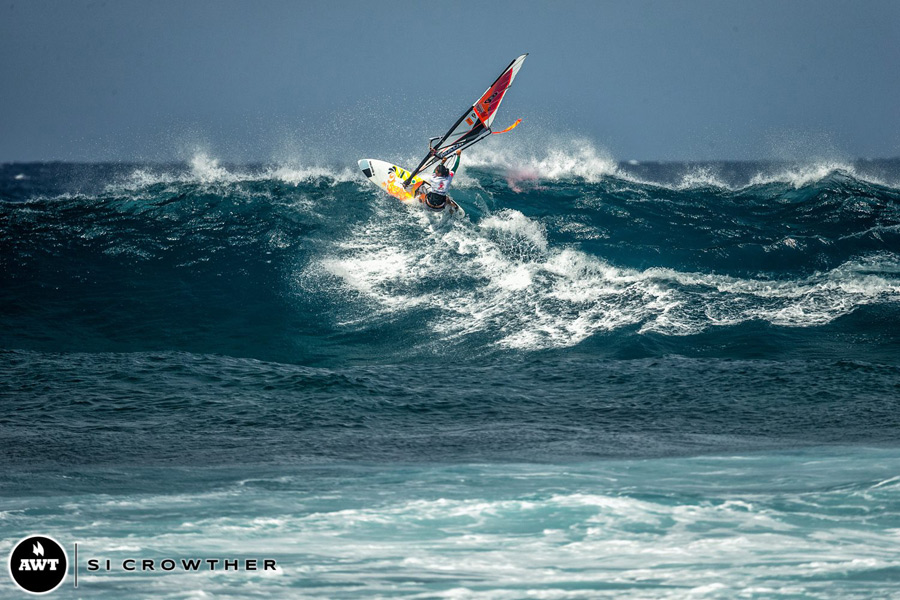 Junko Nagoshi had won the Aloha Classic title three times before and she wasn’t likely to let this one slip away. Ingrid Larouche, Tatiana Howard and Sarah Hauser joined Junko in the final and it was a four-way battle for the podium. Right from the start Junko laid it down, as we all know she can, with the most aggressive but smooth turns. Ingrid took second by securing wave after wave, despite a niggling ankle injury. The Butterfly herself, Tatiana Howard took third position and Sarah Hauser finished an impressive fourth, in her first Ho’okipa final. It was an impressive display from all of the women on the water today; everyone was charging in the very hard conditions.

This final event of the AWT tour also crowned the 2014 AWT Women’s Champion and a surprise early exit from Fiona Wylde gave the title to Ingrid Larouche, who now makes it an incredible four titles in a row! 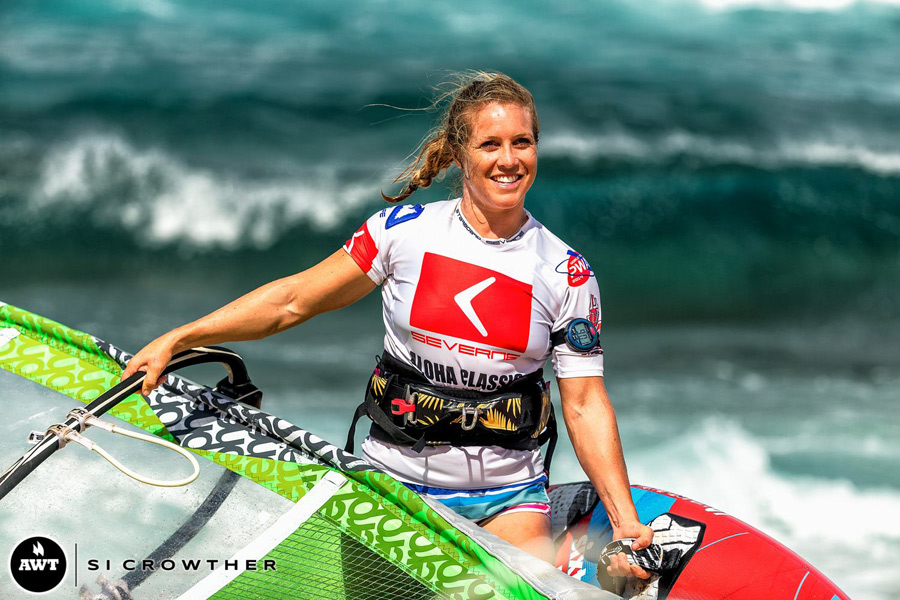 The Women weren’t the only bracket to run today, we also had the pleasure of running competition for the Masters and Youth contests.

The 24 strong Masters fleet included many AWT regulars and popular local faces; it was incredible to see these guys killing it on the water! It was obvious from the early rounds the names to watch out for, the best riders consistently getting the best waves and ripping them apart. 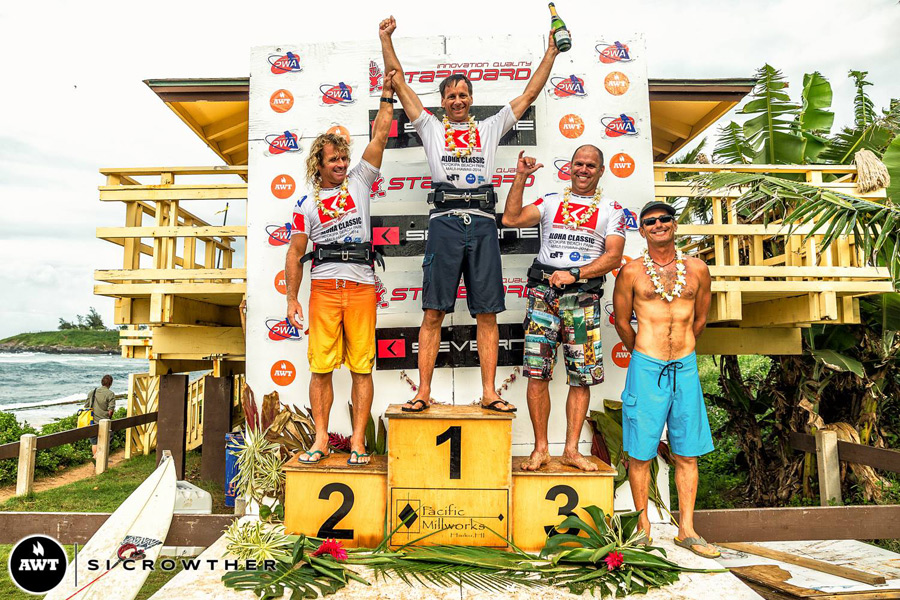 The final was run in light winds, but each rider still managed to put on a spectacular show. Sean Aiken proved he was the one to beat, picking out the biggest set waves, boosting aerials and late hits. It was Aiken that won with his impressive riding, but Ferdinando Loffreda was just behind, with Patrick Bergeron in third and Giampaolo Cammarato in fourth. 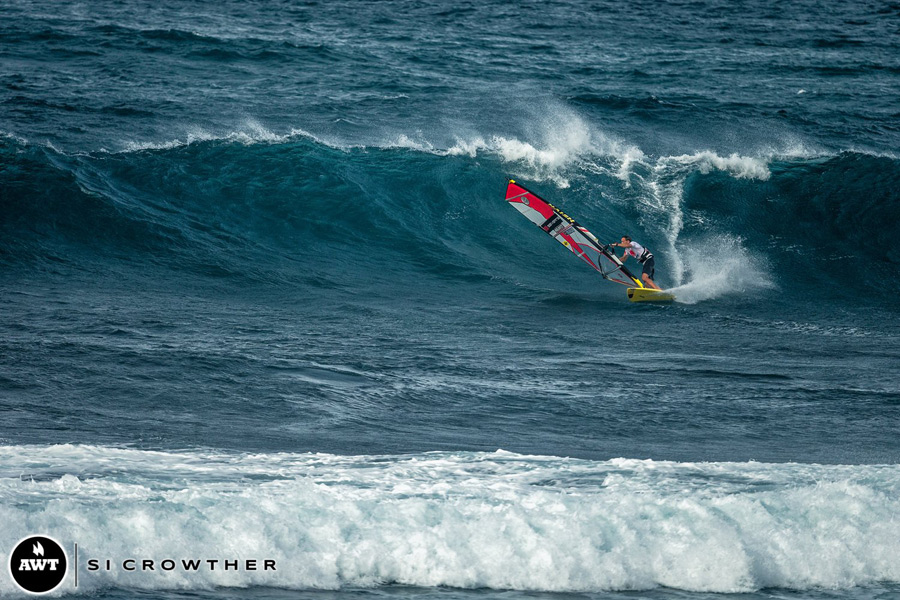 The Youth fleet, one of the most important to the AWT, were also on the water today. These kids are the future of our sport and it was great to see a real mix of ages and experiences enjoying the conditions together.

We’d already got part of the way through the Youth contest yesterday so we continued where we had left off with heat seven.

It was then Casey Rehrer and Harley Stone that put on a real show in the first semi final, showing exactly why they have already made impressions in the Pro and Amateur fleets respectively. The second semi final proved to be a tricky one. It was run first of all in fading winds, the decision was then made to re-sail this heat, but again the wind did not play ball. 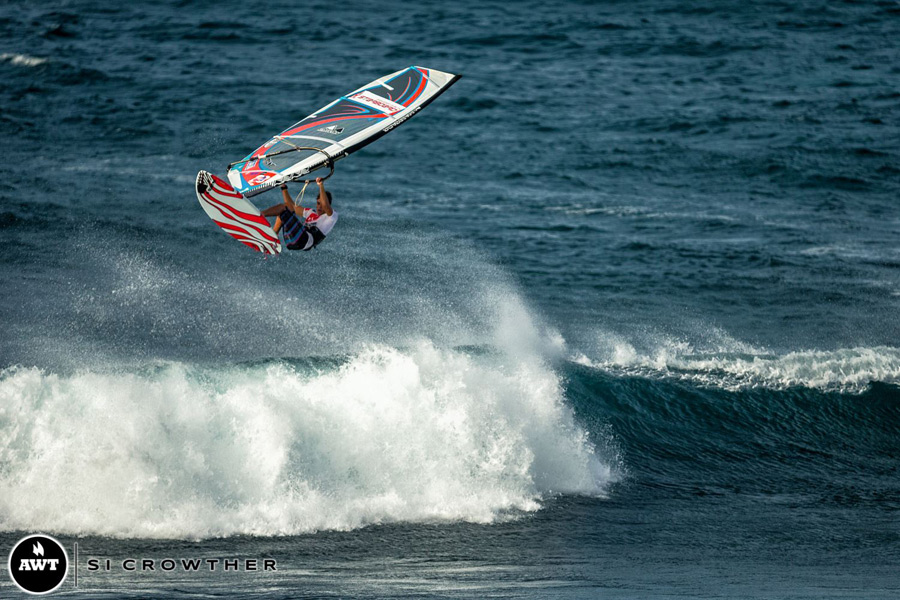 Although this heat has been run twice both heats have been deemed unfair for competition, therefore we will sail the second semi final one more time to ensure we have the most worthy riders making it through to the final. Though this was a difficult decision to make we want to give all of the Youth competitors a fair chance and the only way of doing this is to re-run.

We will keep the final two heats of the youth on hold and wait for the best conditions over the coming days, please stay tuned for more via the AWT social media. 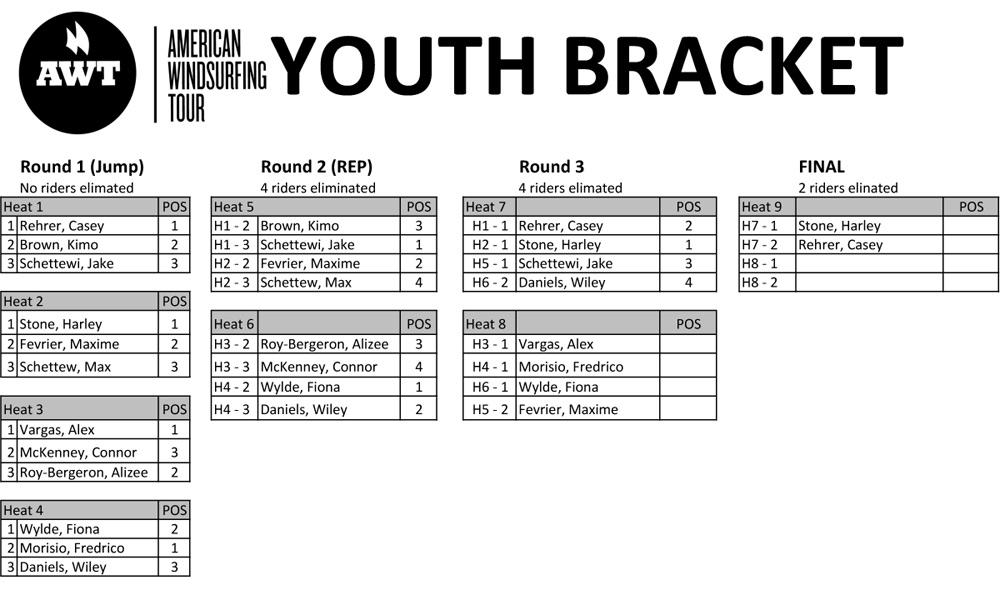 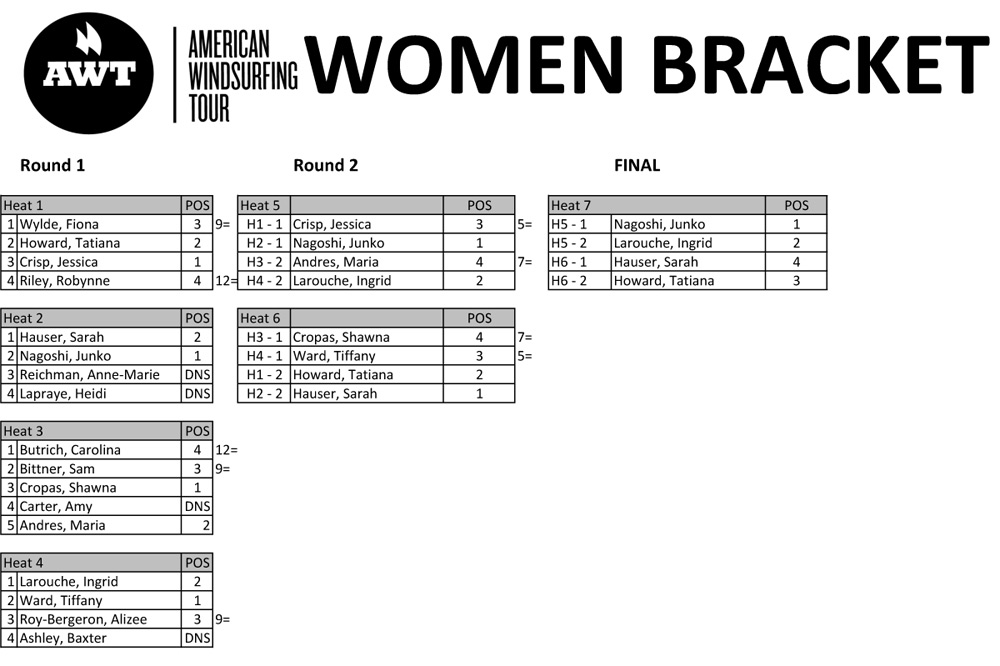 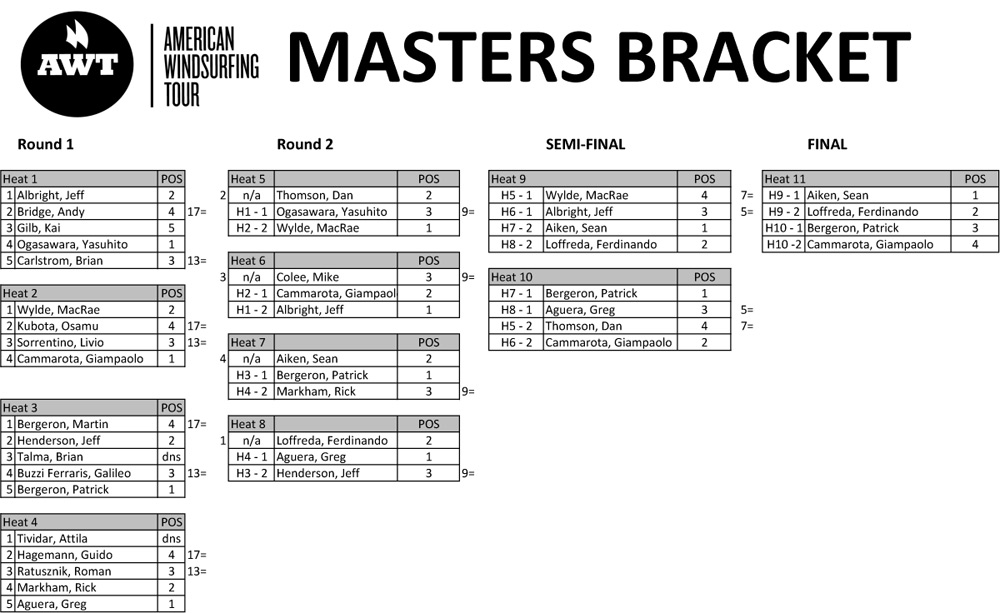 Previous Post
Noireax Is The King Of Ho’okipa and Traversa The Champion Of The PWA
Next Post
Loffreda Takes The Title, As We Prepare To Close The Severne Starboard Aloha Classic In Style